Trouble Looms Ahead for Jersey Home-steaders

“As soon as Benjamin Brown and Max Blitzer began to try to turn their plans for Jersey Homesteads into a reality, troubles multiplied. First of all, Brown failed to maintain the support of all the original sponsors, particularly those representing labor and charity groups. Brown was also foiled in his early plans to build homes for $2,000 or less, since National Recovery Administration codes had raised prices. Plans to import inexpensive cattle from drought areas were thwarted by New Jersey laws. Then, in May, the whole subsistence homesteads program was federalized, removing all actual control from Brown, even though Blitzer was retained as project manager. Shortly thereafter M. L. Wilson, Brown’s friend, resigned from the Division of Subsistence Homesteads.”1 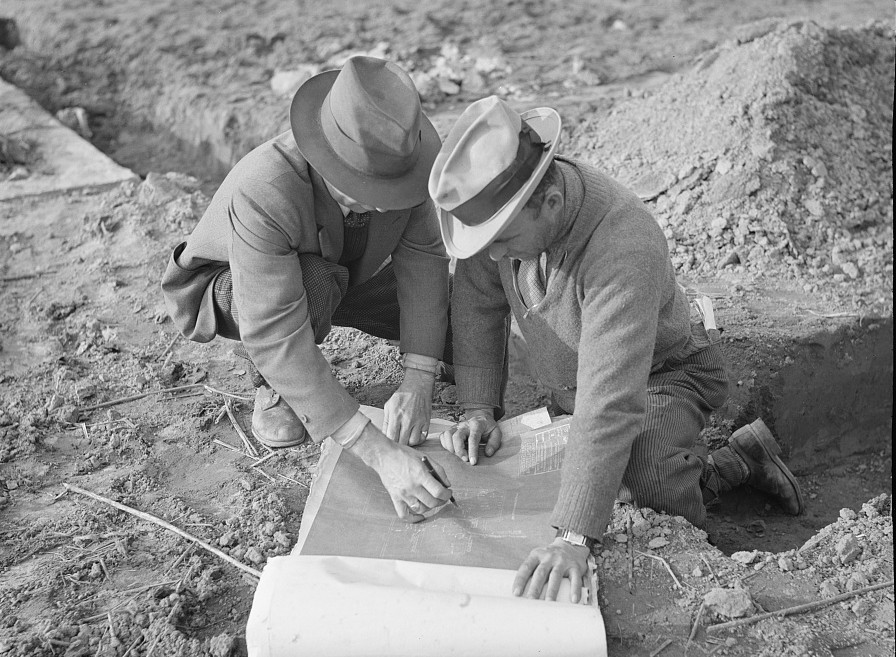 “After the newly centralized Division of Subsistence Homesteads had reviewed the plans for Jersey Homesteads, another $327,000 was authorized for the project, and by the fall of 1934 construction operations were under way. Then a new obstacle intervened.”2

(Grader at work at the Hightstown, New Jersey, project Nov., 1935 by Carl Mydans) 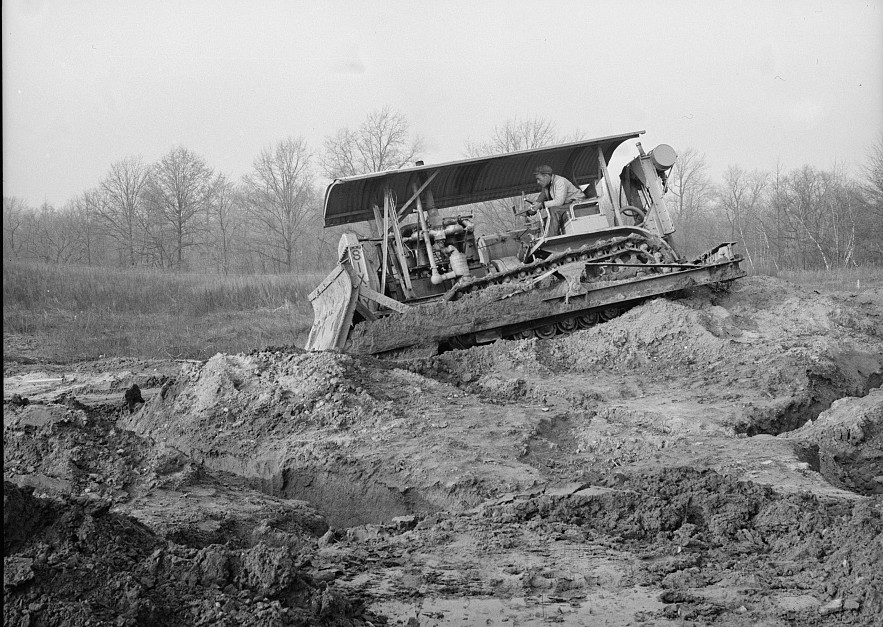 “Brown’s original plan, from which he would never deviate, called for a private manufacturer to operate the garment factory until the homesteaders were settled and could organize their own co-operative. As a result Brown and Blitzer began negotiating with private concerns, only to face the determined hostility of powerful David Dubinsky, head of the International Ladies’ Garment Workers’ Union.”3 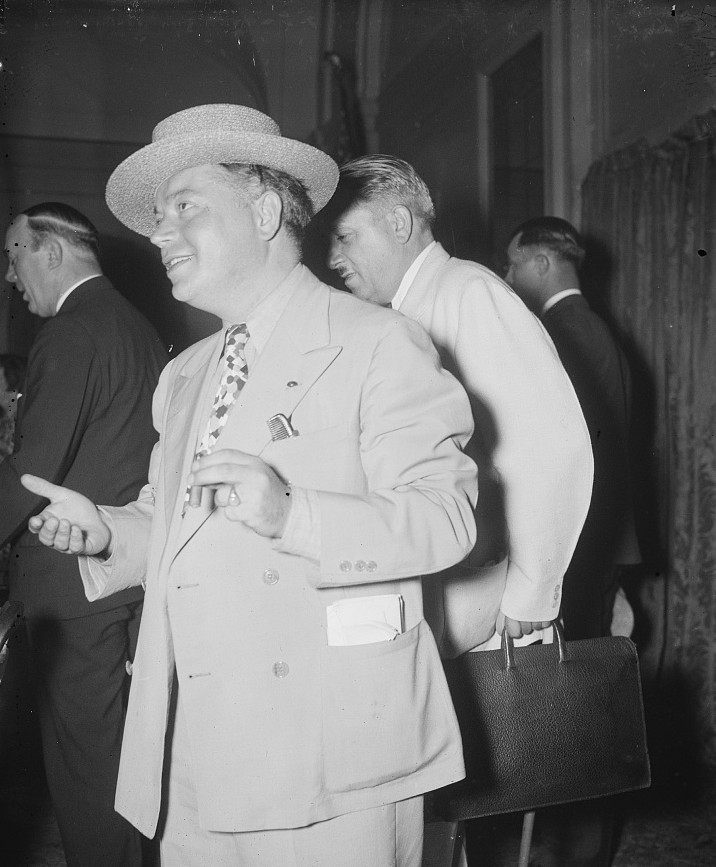 “Dubinsky opposed the subsidized removal of a factory and jobs from the already-harassed workers of New York City. Since Dubinsky remained adamant, despite attacks in the Jewish press and pleas from Einstein and others, the Division of Subsistence Homesteads, with no guarantee of an adequate economic base and with no desire for another stranded community, decided to suspend all operations at Hightstown. Thus was the situation stalemated when the Resettlement Administration and Tugwell took over in May, 1935.”4

(Hundreds packed Tugwell hearing room. A general view of the Senate hearing room as Rexwell Guy Tugwell appeared before the Senate Committee to testify on his fitness to be Undersecretary of Agriculture. Tugwell can be seen at witness table resting his head on his hand. 6/11/34) 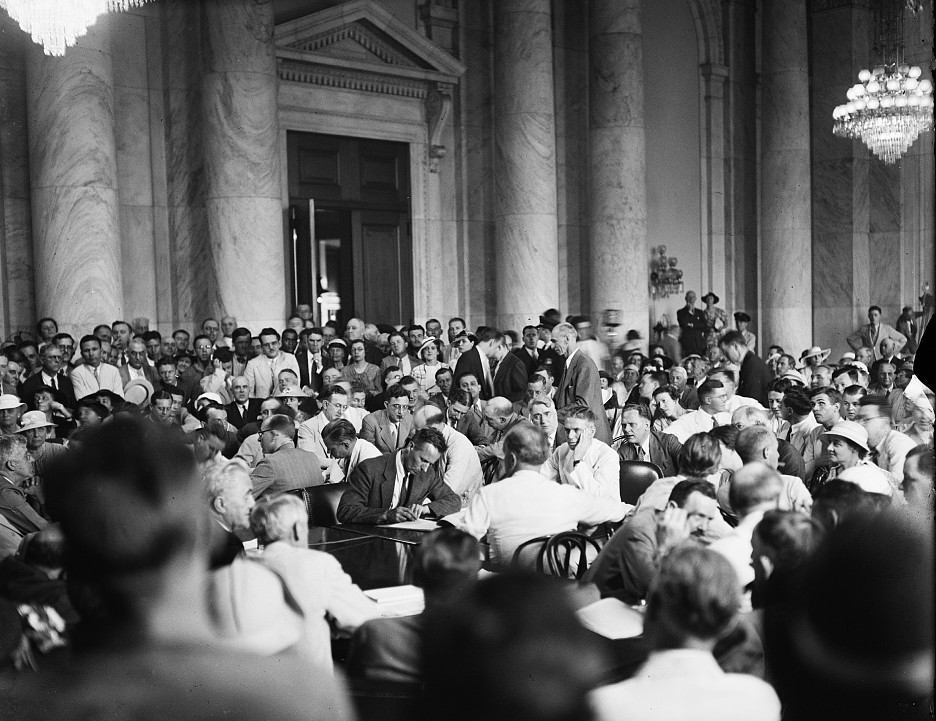 “At the time the Resettlement Administration took over Jersey Homesteads, 120 families had already been tentatively selected as homesteaders, $170,000 had been spent, some land had been cleared, the cleared land was being cropped by the New Jersey Rural Rehabilitation Corporation, and one well had been dug.”5

(Accepted applicant for resettlement on the Hightstown project. Jewish-American. This man is already employed on the project as carpenter. Photograph by Dorothea Lange 1936) 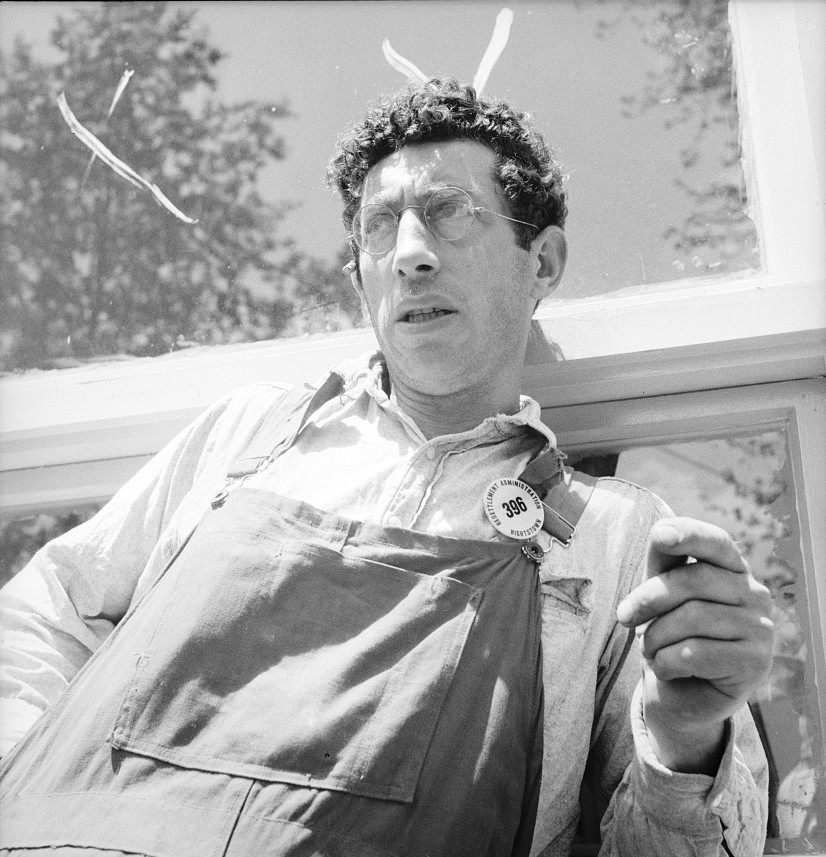 “The 120 homesteaders were carefully screened individuals who, since they contributed $500 of their own money, never regarded themselves as recipients of special government aid. The families had been selected by the sponsors, with final approval by an official of the Division of Subsistence Homesteads.

Beyond the possession of $500, they had to be union members in good standing, to be sufficiently skilled in their needle trades to give assurance of economic success, to have some understanding of co-operative endeavor, and to have a family which showed evidence of good home management.”6

Homesteader, farmer, who had been working on the community farm since 1934. Hightstown, New Jersey June 1936 by Dorothea Lange 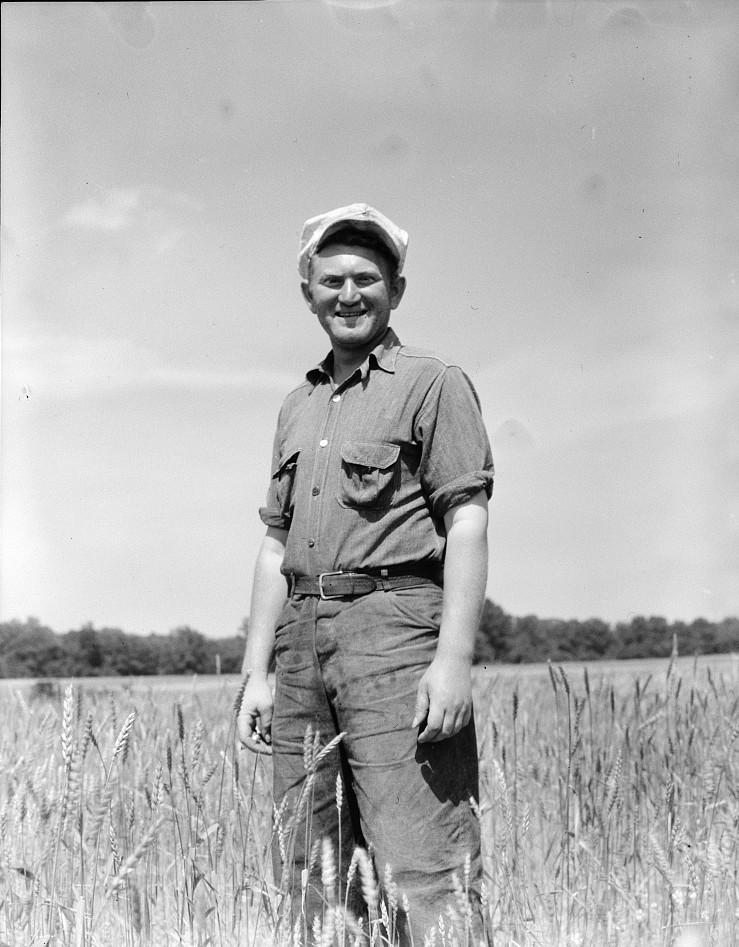 “The homesteaders, accustomed to organizing in unions or other groups to enforce their demands, desperately searching for security and a higher level of living, and blindly trusting in the leadership of Brown, were determined that the government complete the original plans for their colony. With the delays and the reluctance on the part of the government, the homesteaders, ably backed by their sponsors and numerous Jewish groups, began a long and perfectly united struggle to force the government to continue with the construction of Jersey Homesteads.”7 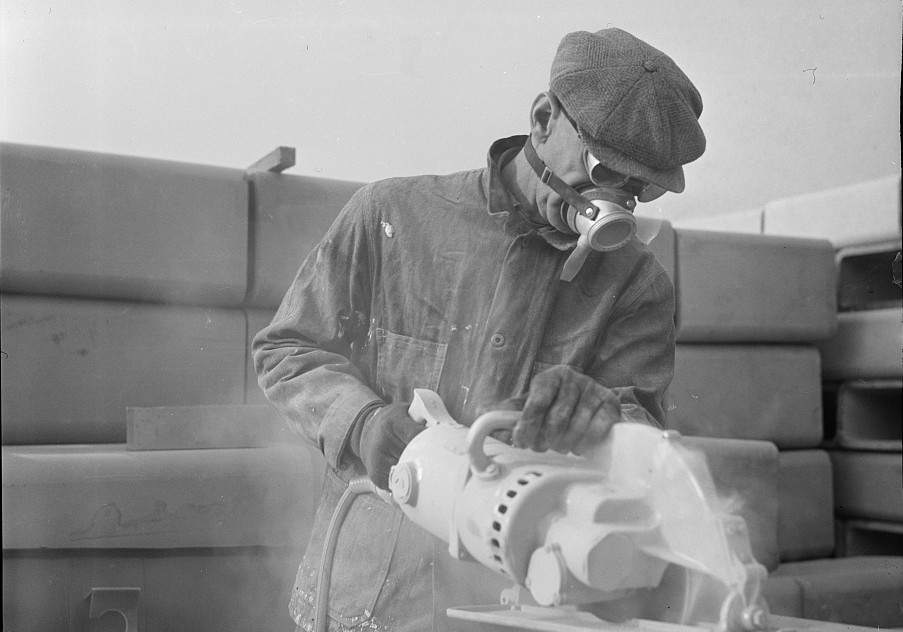 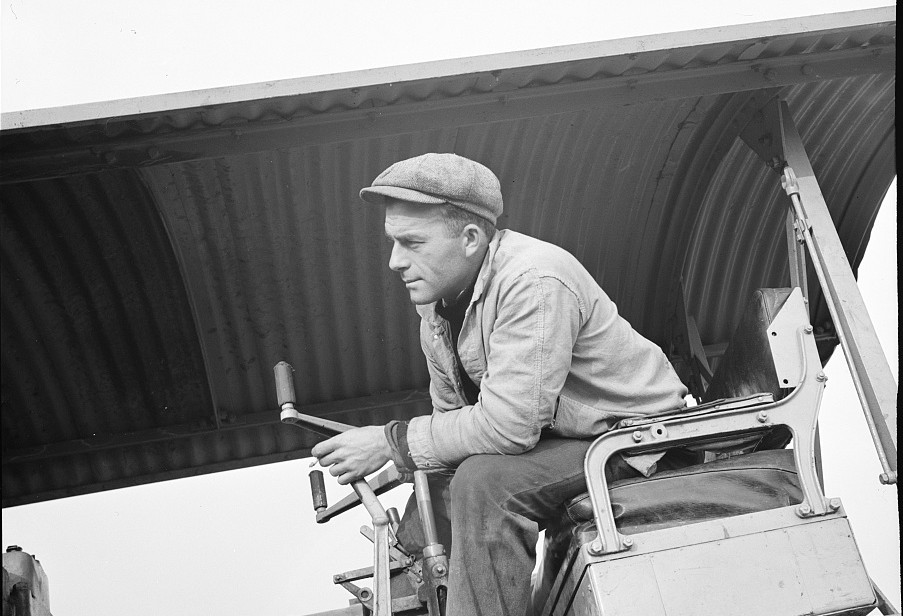 “With the delay in the spring of 1935, the Division of Subsistence Homesteads was besieged with letters, demands for action, and petitions from mass meetings. The homesteaders could cite the real sacrifices they had made to raise $500 and the jobs they had relinquished because of their prospective moves to new homes.”8 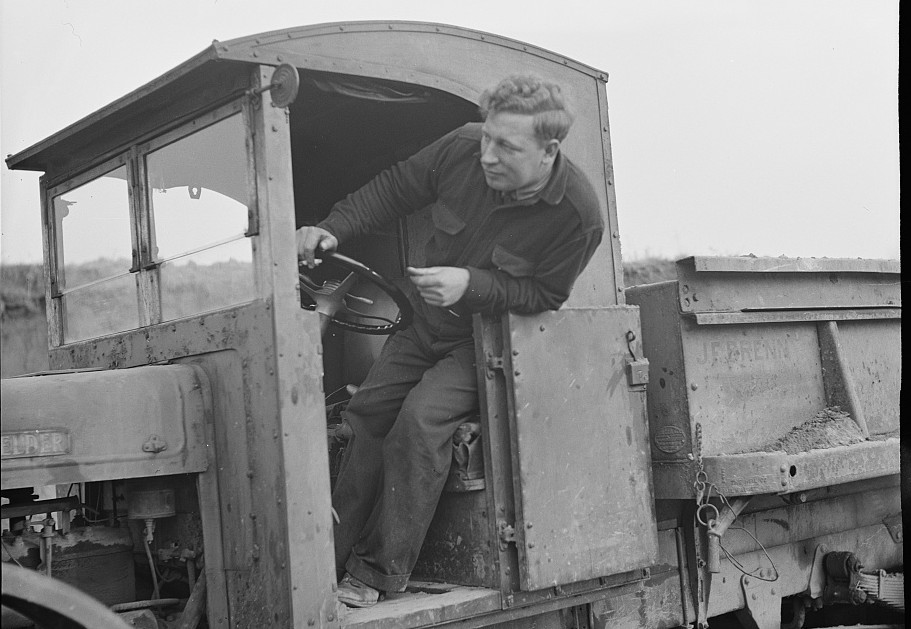 “The Resettlement Administration early decided to continue Jersey Homesteads, although administration officials considered expanding it into a larger housing project of the greenbelt type. Construction work was resumed in August, 1935. Blitzer remained as project manager, while Brown continued the negotiations with Dubinsky.”9 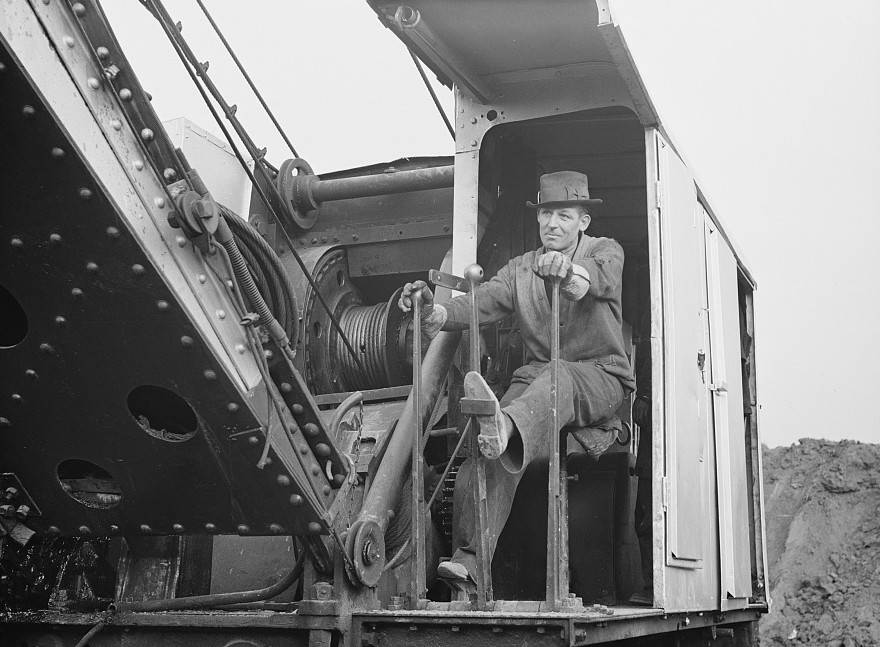 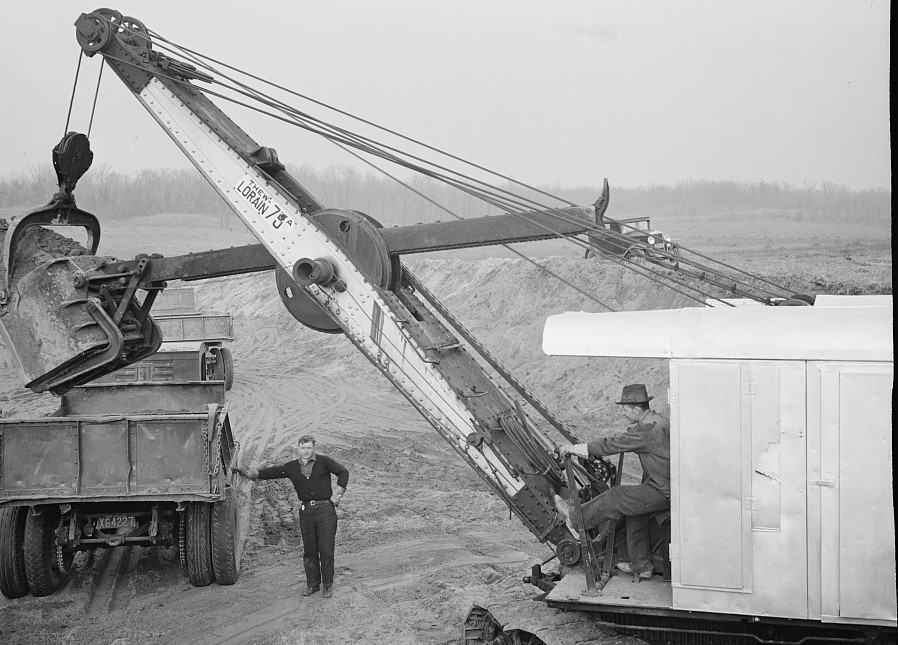 “But once again the project was plagued with difficulties, since the arguments between Brown and Dubinsky became more bitter than ever, with little prospect for a compromise. A ruling in September by the Comptroller General seemed to outlaw any factory not connected with agricultural production.”10

Did you know – the term Knuckle Under comes from the 18th century – here is where it came from
DYK: Can you imagine what people once smelled like?
Don't miss the stories, get a daily dose of history