Ole Blue was a blue tick hound of my Dad’s during the late nineteen forties. This dog gave my Dad lots of pleasure in the fact that he could smell a deer a mile off. Ole Blue’s was a member of the Tuscaloosa Bear Creek Hunting club’s pack of hounds that assembled each Saturday morning at dawn during deer hunting season. 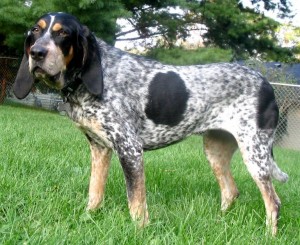 The hunting club was made up of Gilgal Community residents and they had an old shot gun house that was used as the club house. They leased land from the Gulf States Paper Mill organization to deer hunt on.

During deer season the men would dress warmly, load their shotgun on the rack in their truck and their dogs were put in the truck bed and take off to the club. On arrival there was a lot of greeting and excited talk among the men as they prepared to hunt. Hot coffee was served to the men as they assembled inside to make assignments for each hunter. 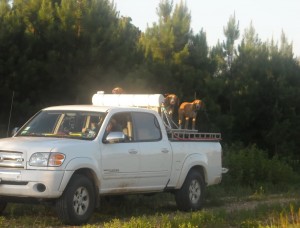 The assignment for the hunter for placement on the deer stand was to draw a number. The system was this: They used the caps of the old coca cola bottles (the ones with the cork top lining). Numbers for each stand had been placed on the cork. Part of the men drew their number for the stand and the other men were used to drive the hounds.

After the numbers were drawn the men loaded up in the beds of the trucks and were driven on old logging roads or paths and let out at their respective deer stand number.

My dad was always a part of the deer drive which would include a number of hounds who were trained to detect deer in the woods. Once the dogs picked up the scent of the deer they started chasing the deer. My dad said there was no sweeter sound that that of ole blue yelping as he dashed through the woods. 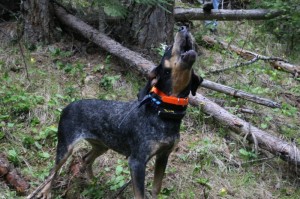 If a hunter was lucky that day the dogs chased a deer near his stand and he had the opportunity to shoot the deer. The deer who met his fate was brought back to the club house and slaughtered. The meat was divided among the men. The Buck antlers were saved as a trophy of the kill.

Now, the bad part. It never failed that the hounds got lost after the hunt was over and it was the owner of the hound who had to go back in the woods to find their dogs. My dad had a special call that he used to locate ole Blue. Sometimes that did not work and he would have to go back at dusk to the woods to try again.

I was always anxious for dad to find the dog. I would always say, “Ole Blue, Come home!” I must note that now deer hunting does not include hunting with hounds.