Sometimes I discover the funniest things in old newspapers and this article is one. Be sure to share this funny story with your friends. They could probably use a laugh.

The Danger of Tight Trousers

From the Philadelphia Record

These words were uttered in a tone of great excitement by a stout woman of about forty years of age last evening in a Columbia avenue car, and as she spoke a slim youth who was seated beside her in a corner of the car fell forward and dropped in a heap upon the straw.

History of Men’s Fashion: What the Well Dressed Man is Wearing

He was carried to a nearby story

With the assistance of gentleman the conductor lifted the senseless youth on to the seat, and two minutes later, as the car passed a drug store, pulled the bell strap, and followed by a half a dozen interested passengers, five of whom were women, carried him into the store, where he was placed on a lounge in a back room. 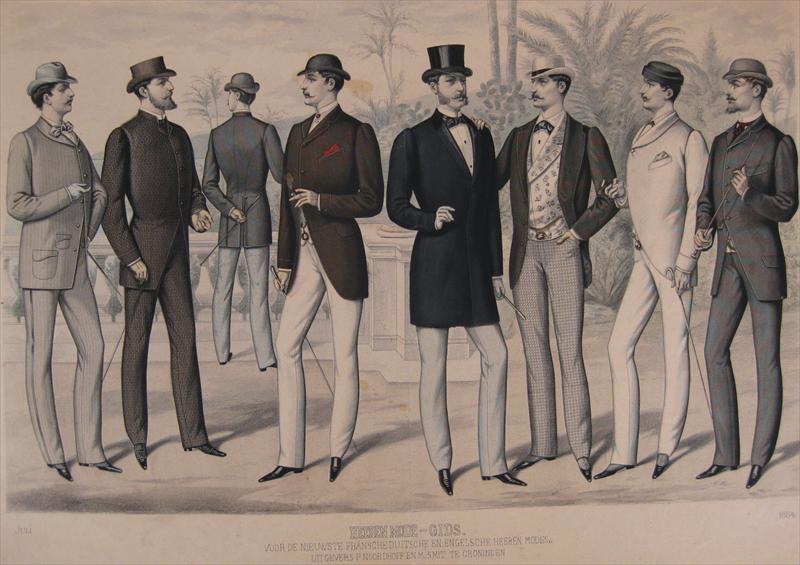 A doctor was hurriedly summoned, and after a disappearance of about ten minutes, the young man and physician came out of the room, which had been kept closed, arm in arm. The young man’s face was still pale, and he walked with a very perceptible tremor.

After a few moments rest the young man got on another car and went away, and the doctor said,”That is the fourth case this month I have seen of the deadly effects of wearing tight trousers, and had that young man not have been attended to promptly he might have been in great danger.”

“Yes, sir, tight trousers! Why, you cannot imagine how often we doctors have to treat cases of illness brought on by no other cause. Take that young man, for instance, his trousers were at least four sizes too small for him: not too short, of course, but too tight, and for hours he had been walking about with a pressure of least 270 pounds to the square inch on the arteries in the calves of the leg.

Liable to topple over

This tremendous pressure forces the blood into channels not able to carry it without undue straining, and although the victim feels no pain he is liable at any moment to topple over in a swoon, and unless relief is promptly given a long and serious illness is likely to follow. It is a similar trouble to that experienced when it was the fashion for ladies to wear very tight sleeves except that in the case of tight trousers the material is heavier, the arteries larger, and the result apt to be more dangerous and difficult to relieve.”