According to Author/Historian D.Laurence Rogers, Paul Bunyan may have been based on a real person in Michigan. The lumber industry in Michigan was once a booming business. The white pine was like “green gold” and many people became millionaires.  This also attracted  a rowdy, rough element which could have included a character like Paul Bunyan who may have been murdered in Michigan.

The British, and later the Americans, used Michigan’s hardwoods to build merchant and war ships. The original white pines were over 200 years old, two hundred feet in height and five feet in diameter. 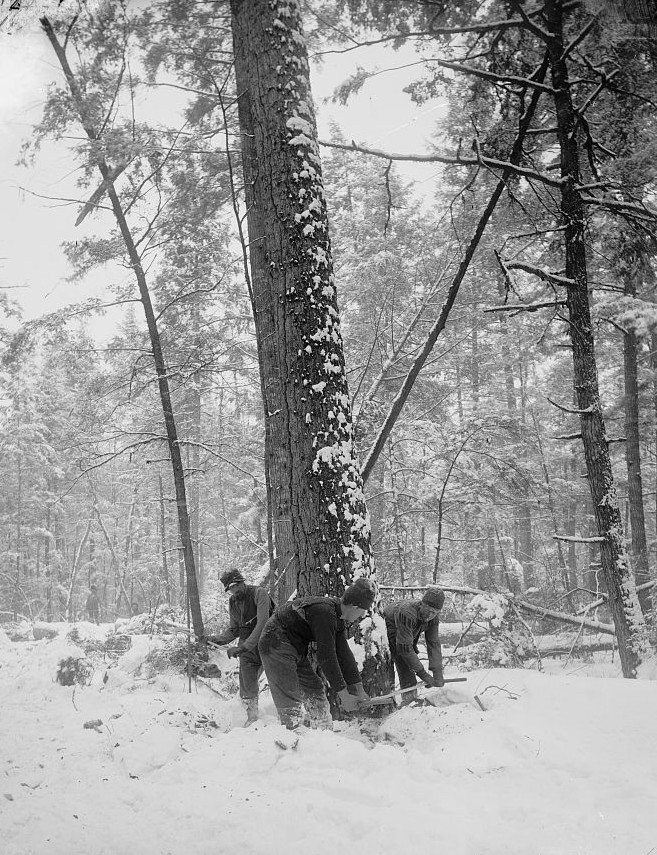 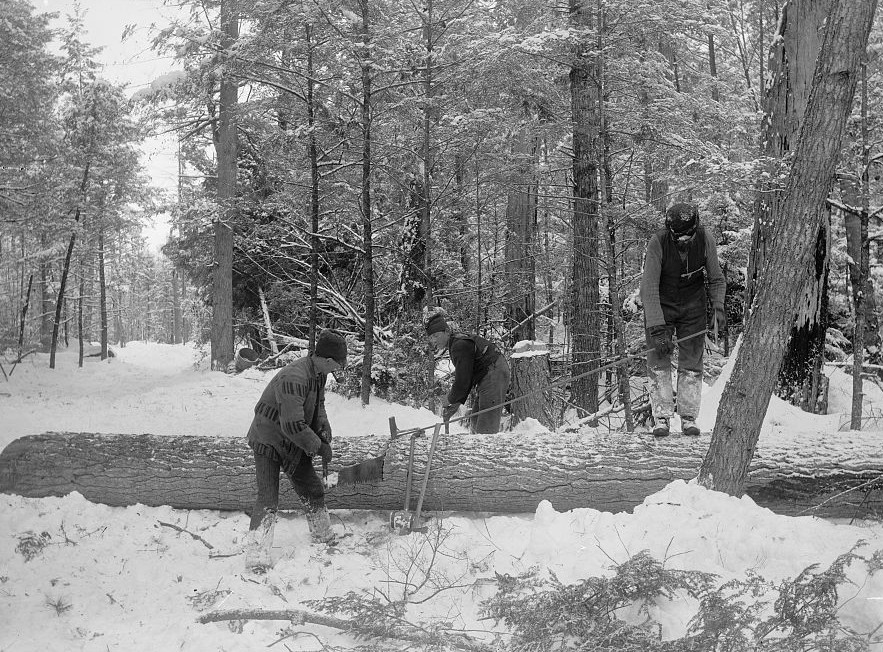 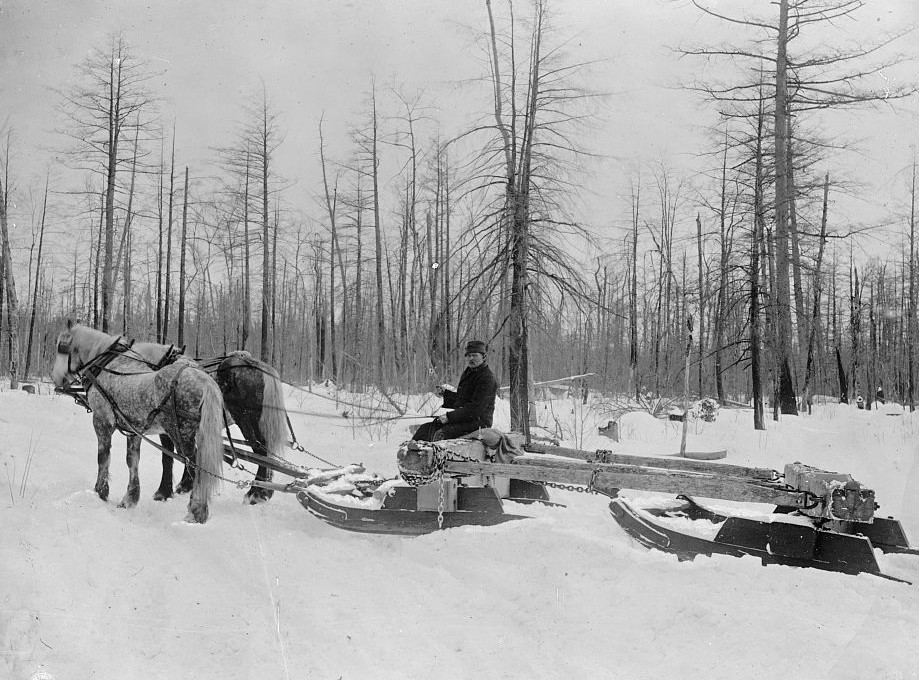 “Michigan’s pine became important as the supply of trees in the northeast was used. By 1880, Michigan was producing as much lumber as the next three states combined.”

“The first area where many mills were built was Saginaw. Six rivers converge to form the Saginaw River which empties into Saginaw Bay and then Lake Huron. The rivers are the Chippewa, Tittabawassee, Cass, Bad, Shiawassee and Flint. Rivers played a very important part for the loggers because the lumber had to be floated to the mills and then to market.”

“The logs were far too big and heavy to take from the woods by dragging, so the loggers made ice-covered roads, where the logs could be pulled on sleds. The loads were often extremely big and contests were held between rival camps to see which could stack a load the highest. The logs were taken to the banks of rivers, where they were piled twenty to thirty feet high, awaiting the spring thaw.”

The Loggers Michigan by ca. 1888 by Detroit Publishing Company 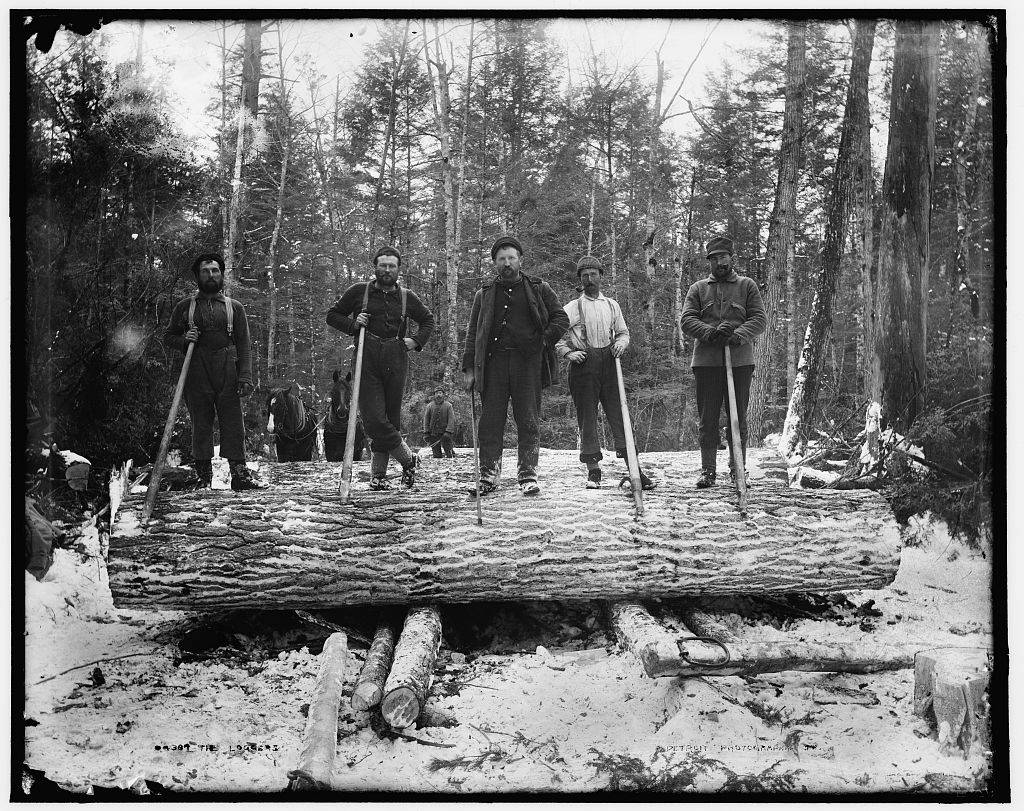 “The first group of people to set up lumbering operations were from New England, especially Maine and New York. The forests there were almost entirely cut, so the owners and experienced crews followed the work. Many felt that the huge forests of Michigan would last for many, many years, yet within a 20 year period, 1870 to 1890, most of the trees were cut.” 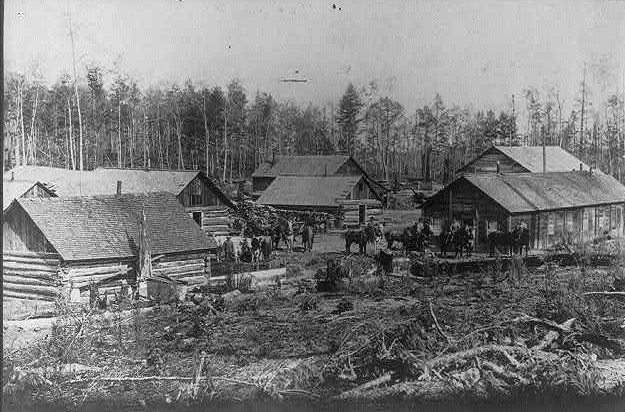 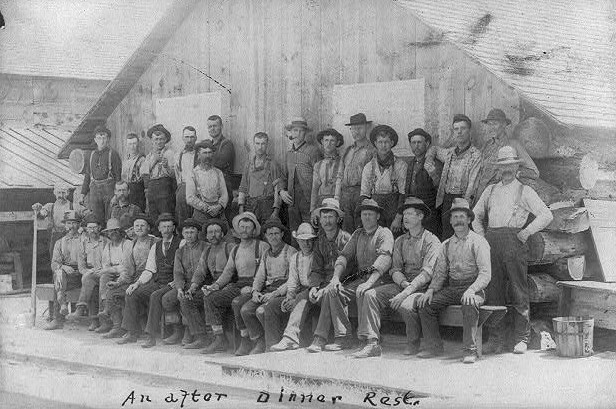 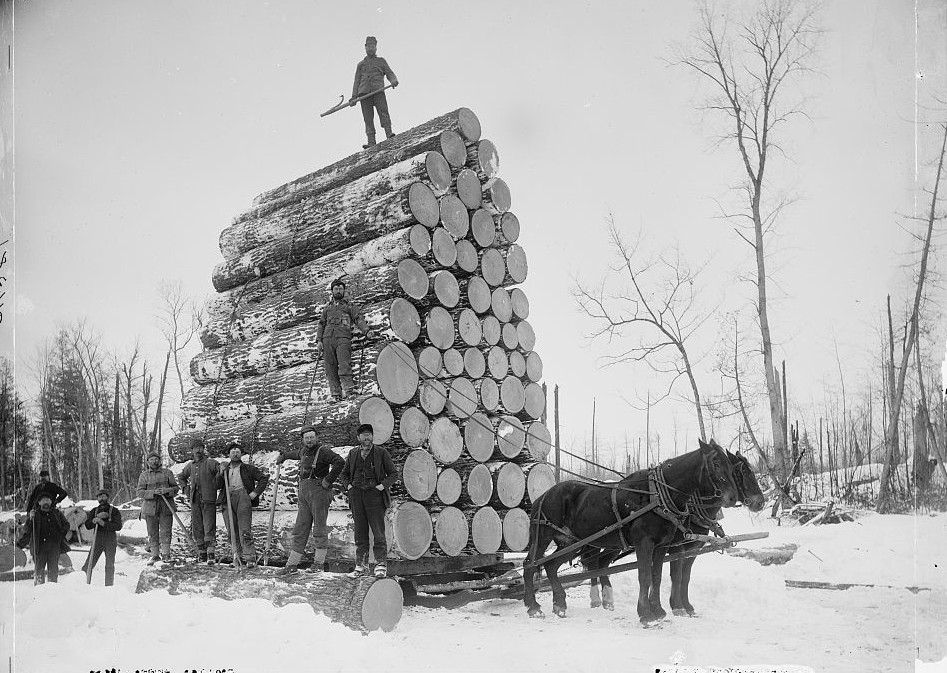 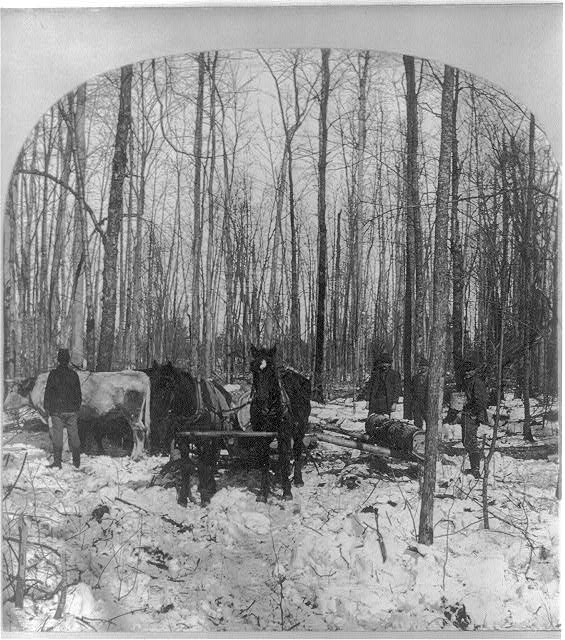 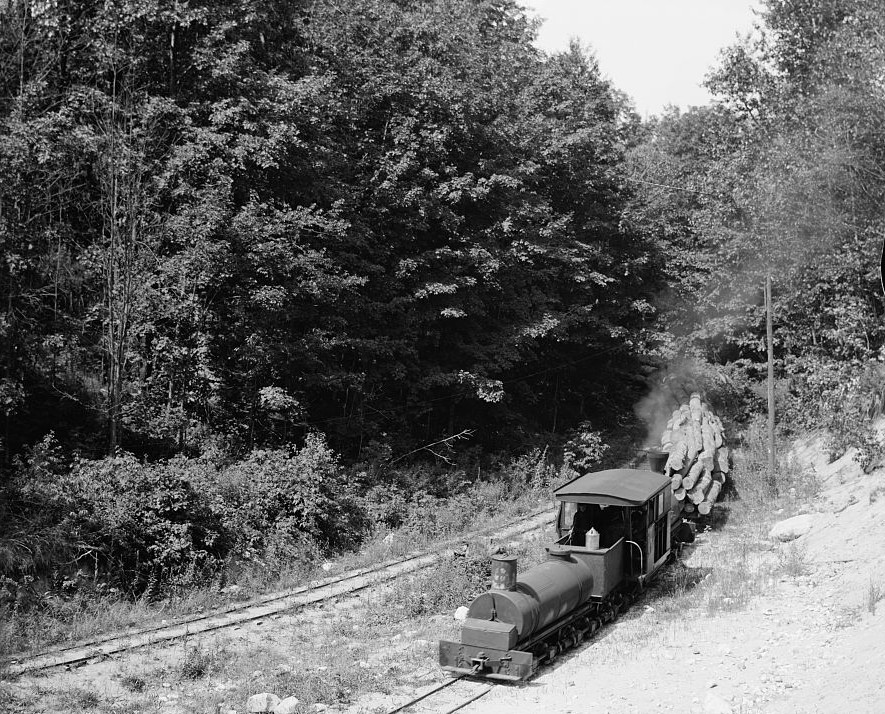 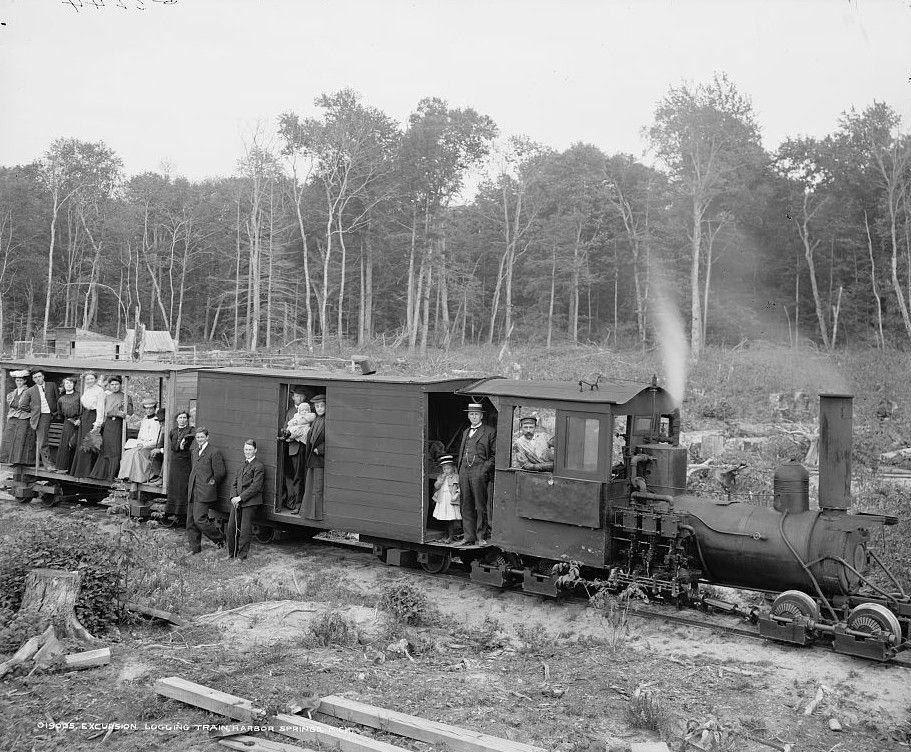 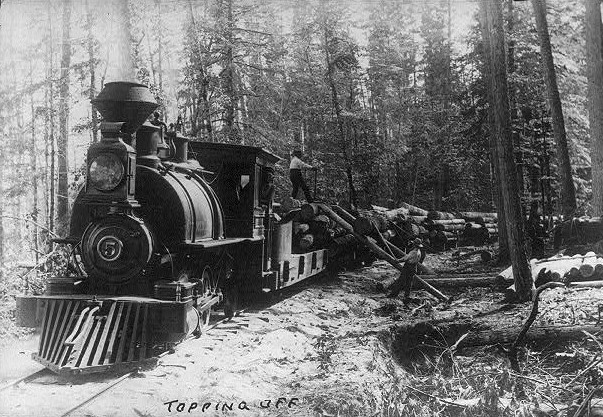 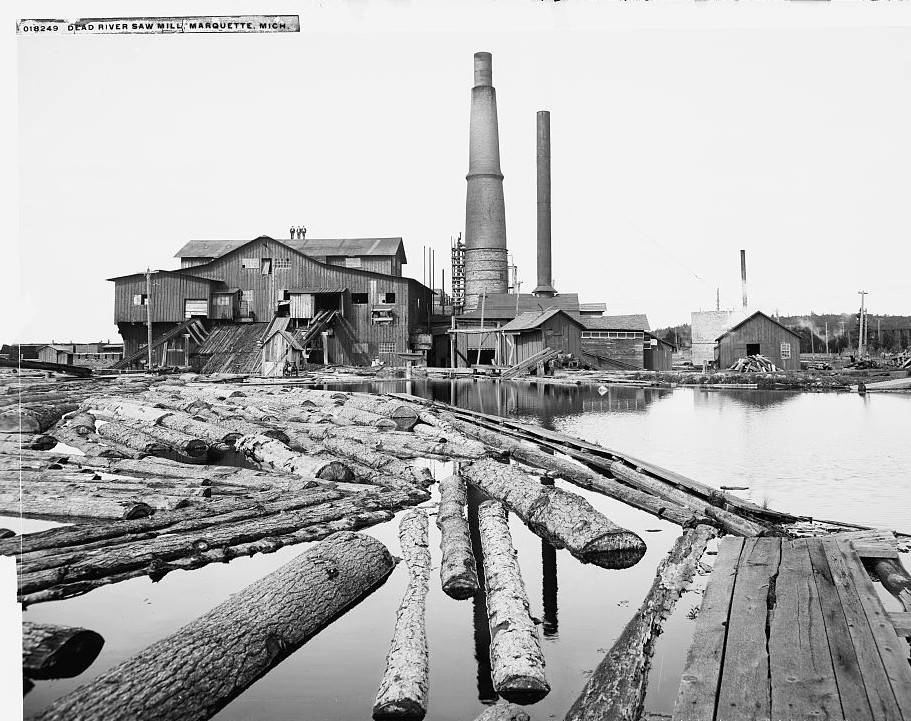 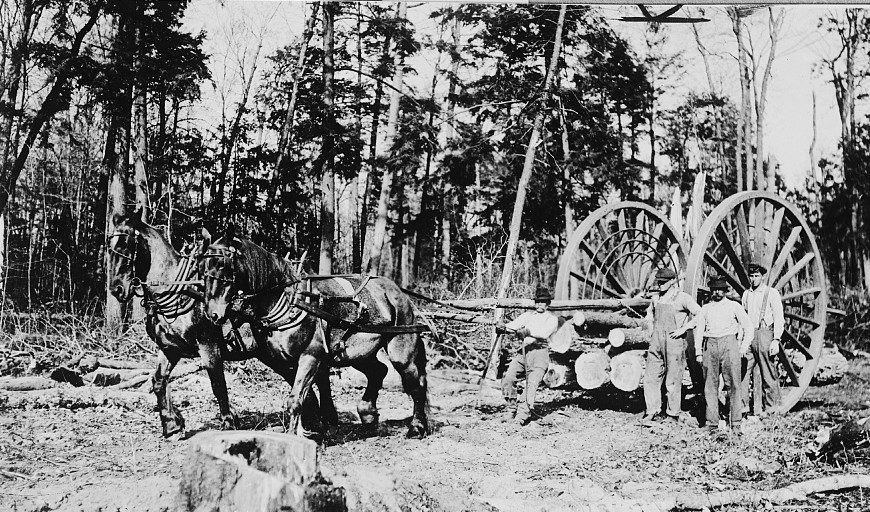 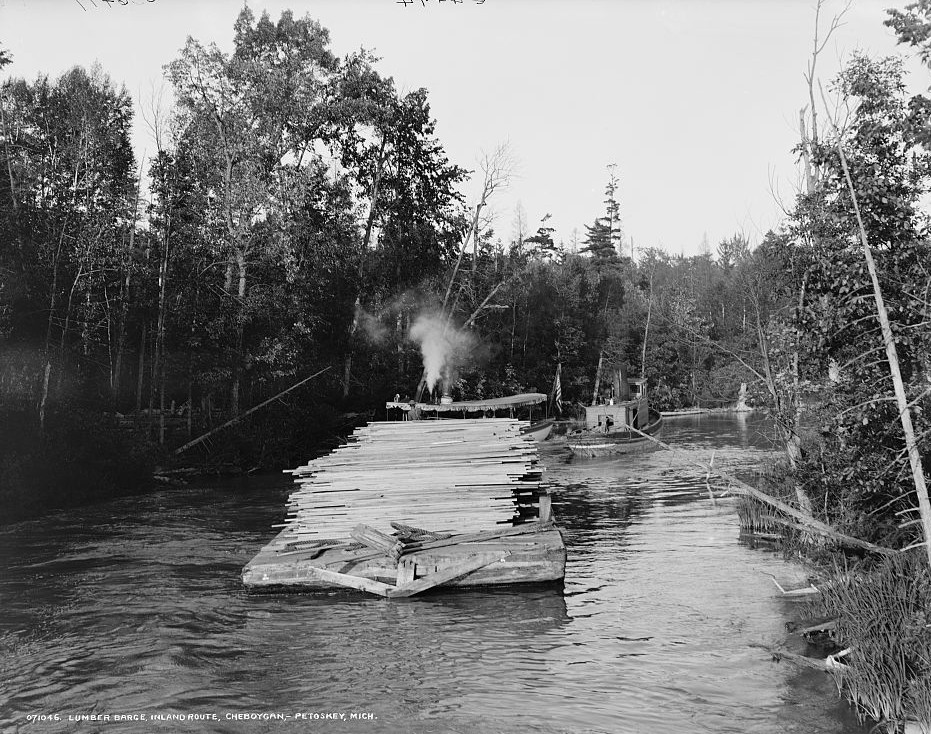 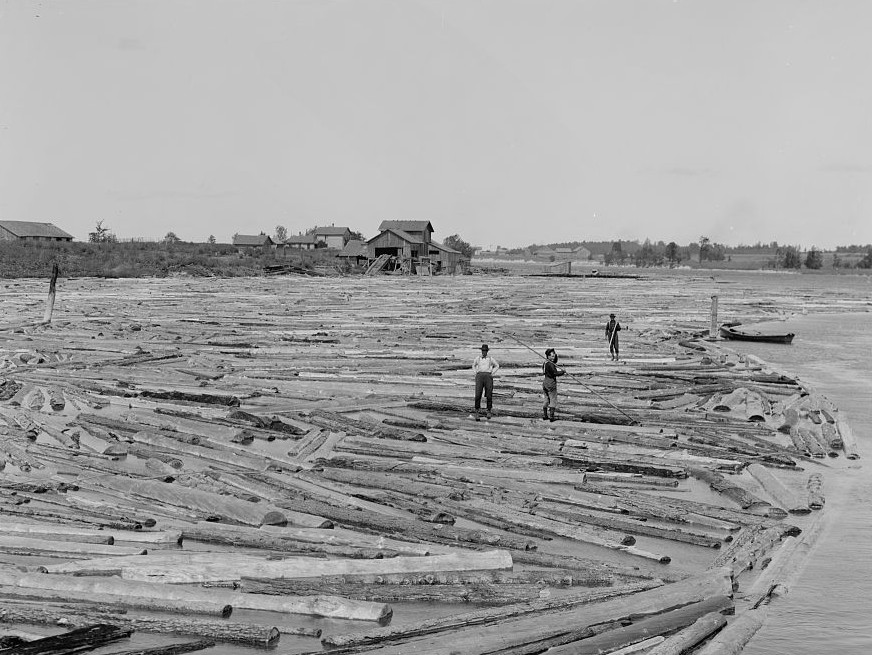 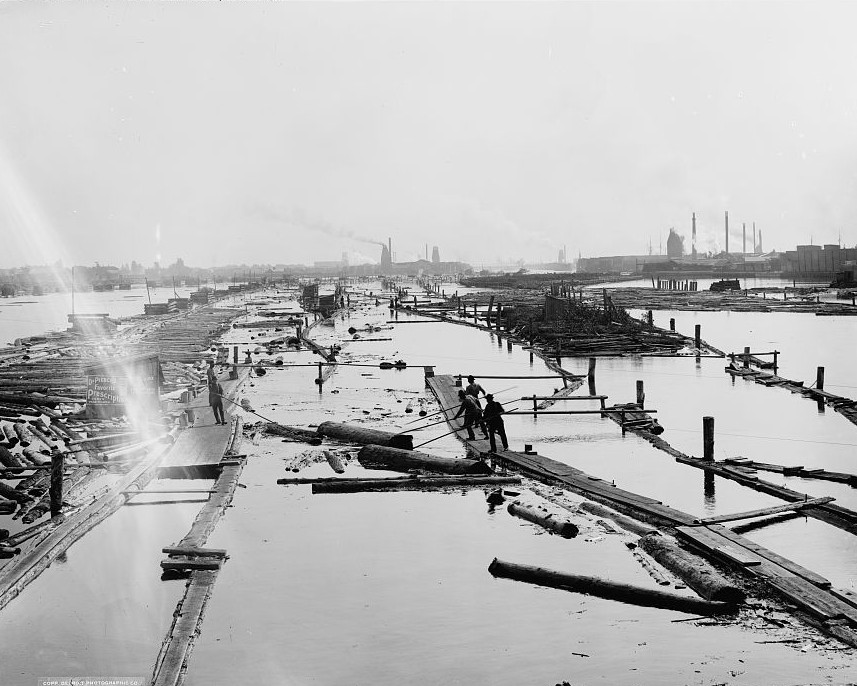 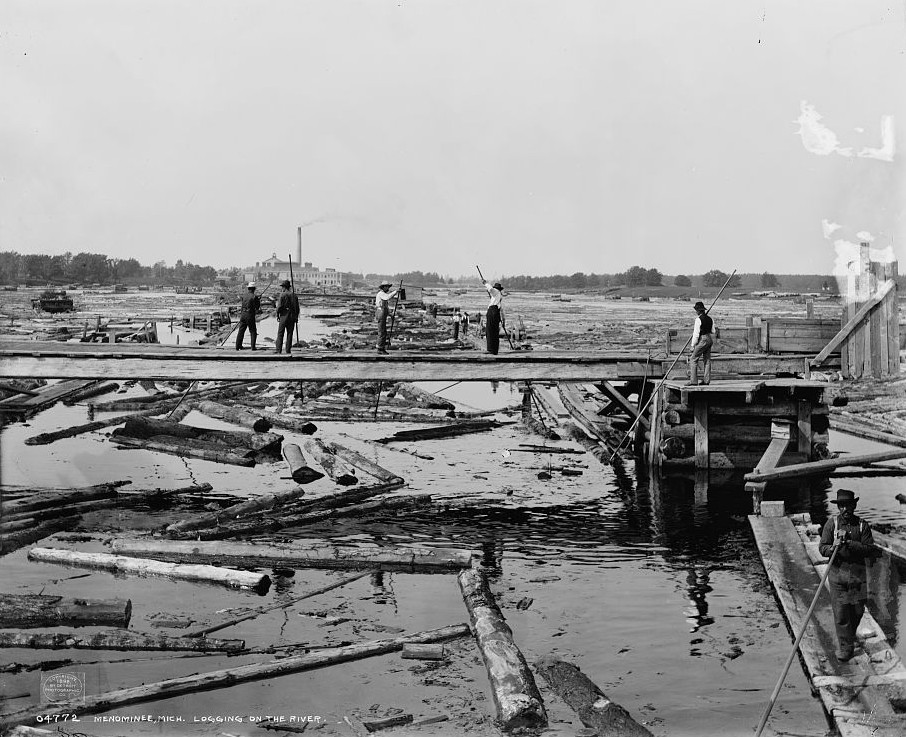 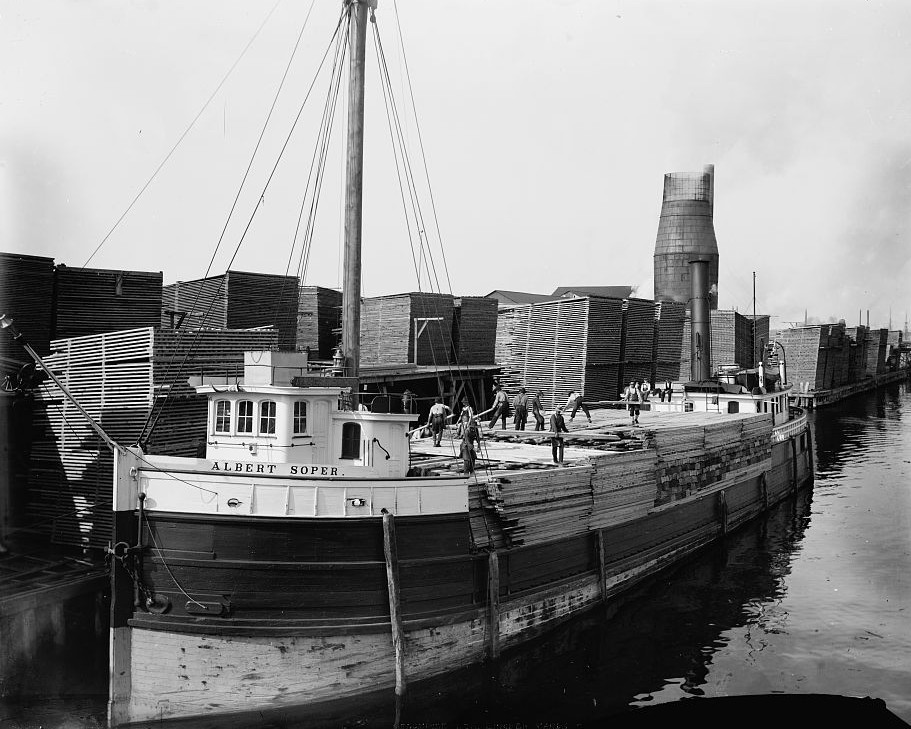