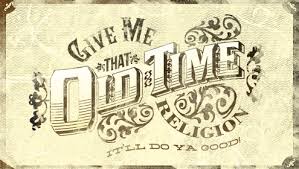 Who remembers those old-time tent revivals? It takes hot summer heat, a very large tent set up on a vacant lot, lots of sawdust on the ground, and folding chairs. I left out the platform where the Preacher conducts the service. The crowd was composed of all the folks in the different churches in the community who participated in the long ten-day tent revivals.

The services were usually at night. When seated on those hard folding chairs the people began fanning with those funeral fans on a stick, children began fidgeting and crying, and sweat started running down their shirts and blouse.

The preacher began to beat his Bible

As the sermon processed, the preacher began to beat his Bible with his hand and cry out in a loud voice for the people to repent! The tent revivals I attended in Tuscaloosa, Alabama in the late forties were conducted by Evangelist Eddie Martin. He always wore a white sports coat. (Why I remember that I don’t know.)

One of my friends from south Alabama remembered that when she was small, the kids in the neighborhood went to the revival meetings for entertainment. It seems that when the preacher got to preaching so loud and dramatically that it stirred up the crowd for immediate action. He preached about repenting of their vices so that they felt moved to throw them outside the tent. Out went their whiskey flasks, chewing tobacco, snuff, and cigarettes! What was so funny to the kids was that there was always someone standing outside the tent that would catch all the “Vices” thrown outside the tent!

One of my friends recalled that in Tennessee another practice was to hold revivals in a Brush Arbor. This structure was very simple. It was composed of a plot of land, 6-10 heavy 6 foot poles placed upright in the ground, and local bushes obtained from small bushes and trees limbs. 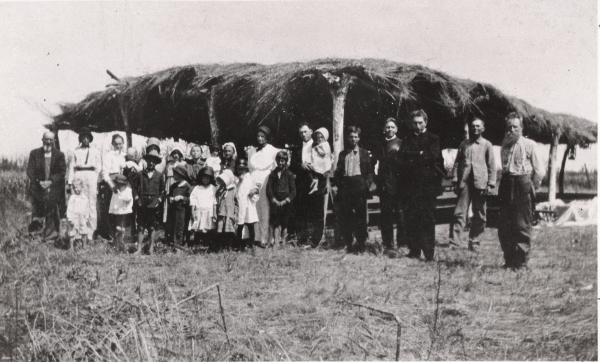 These revivals were usually held in the daytime. These brushes were placed on top to form a shade of sorts. The people in the country came from all around to attend these revival meetings held in the Brush Arbors. The singing of hymns by the audience was without instruments. Not even crying babies or barking dogs could distract them in their worship under the Brush Arbor.

These two types of revival meetings are almost a faded memory in the South.

Do you remember 4-H clubs? Eight-party lines? Fashion in the 1950s? Going to school during World War II?
In this collection of Alabama memories, Jean Butterworth takes readers on a nostalgic journey through growing up in Alabama during the Great Depression, World War II, and beyond. She pays homage to a time before the Internet, cell phones, and all of the distractions of modern life.
Readers of all ages will enjoy taking a step back in time and preserving these memories, which, like Chinaberry trees, may soon be hard to come by.