On November 12, 1936 Franklin Delano Roosevelt was elected President of the United States. You can see a timeline of his fairly uneventful day at: FDR Library

However, one major event in President Roosevelt’s schedule shows that at   3:30 pm. “In Cabinet Room, pressed button to open San Francisco-Oakland Bridge (CA).”

Photographer Dorothea Lang was in California and took this photograph of some people in town on that important day. 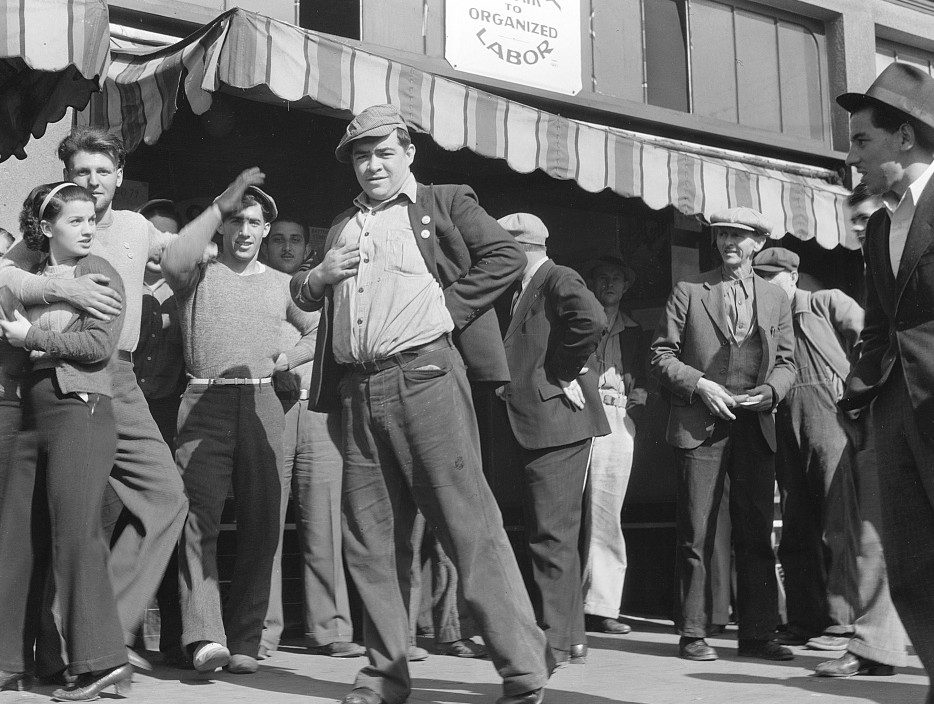 Gov. Frank F. Merriam and President Herbert Hoover were among the dignitaries attending the epic event 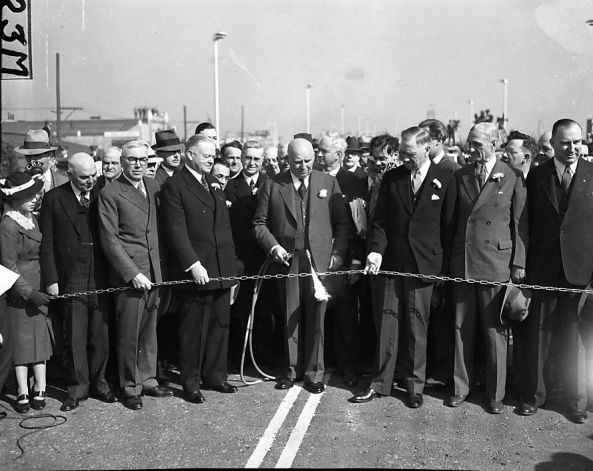 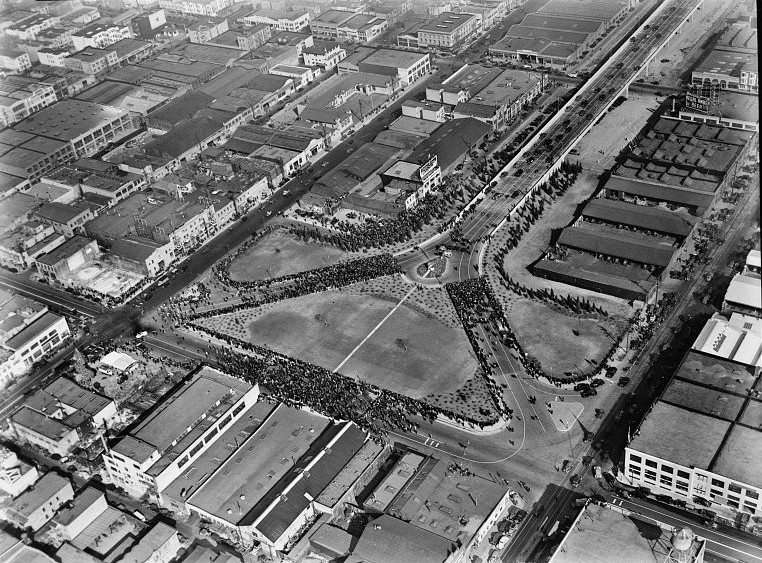 Photographer Charles M. Hiller took these photographs in 1934 of the bridge being built 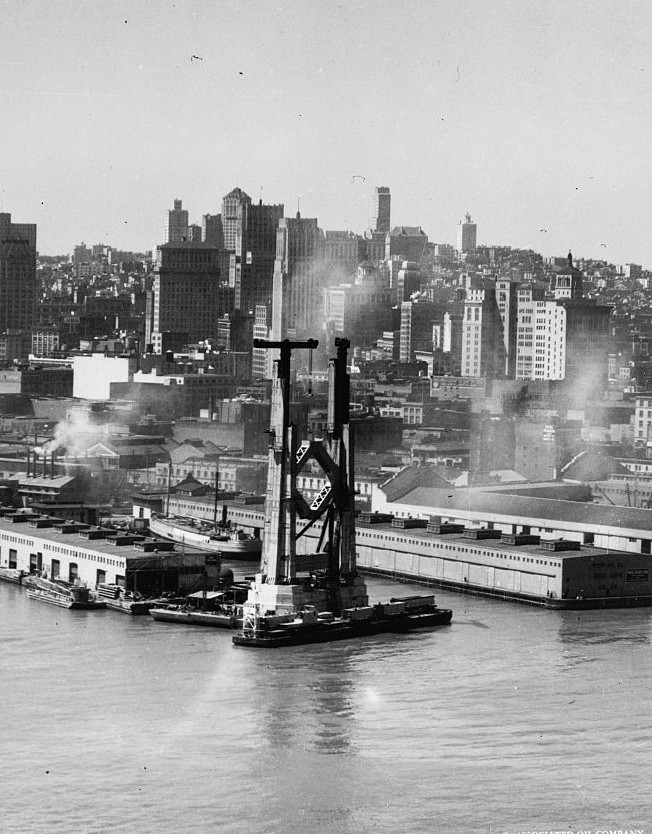 Below is an aerial view of the floating caisson under construction 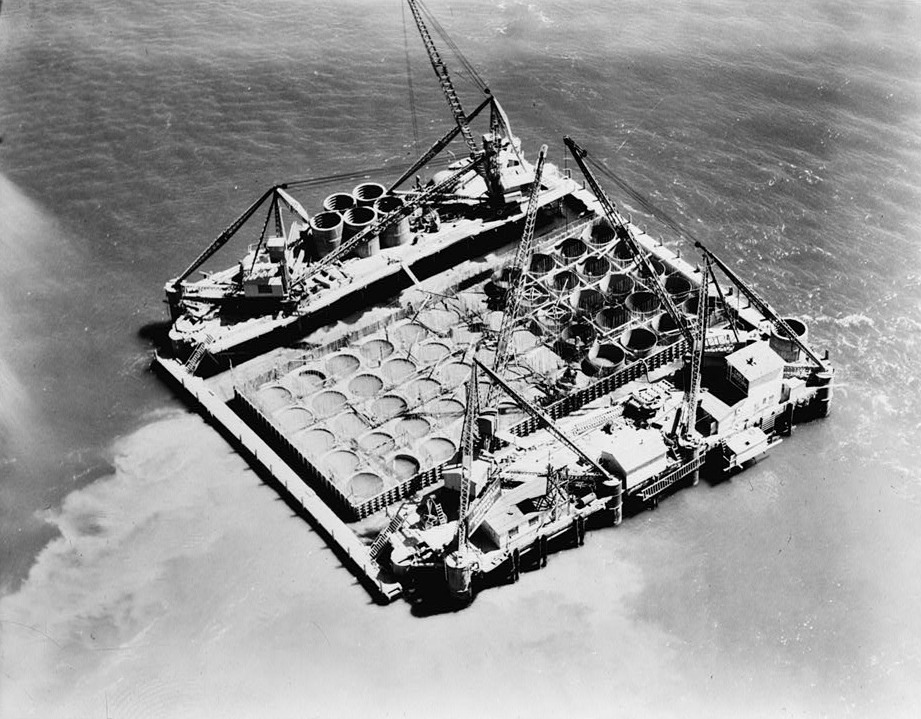 The film below is a Documentary from 1937 about building the San Francisco to Oakland Bay Bridge, the film was produced in association with US Steel – WDTVLIVE42 Archive footage