It is hard to believe that children as young as five were allowed to roam the streets of Washington D. C. and help sell newspapers. The young boy in the photograph below could not even talk well.  This is why child labor laws are so important.

The photographs below were taken by Lewis Wickes Hine to document child labor problems in the early 1900s.  The comments under the photographs are his. There were laws against these children working, but oftentimes they were forced by their destitute parents to work to help support the family. Most of the time they did not attend school due to the pressing need to support their families. 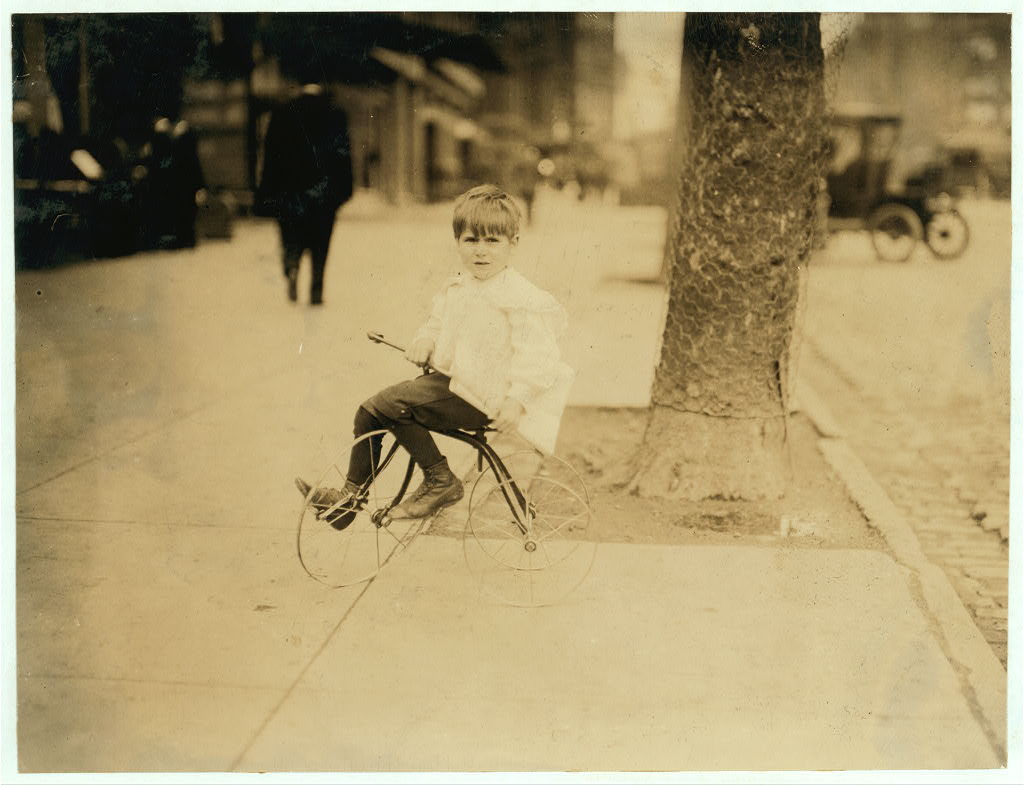 Hines reports that ” 5 yr. old Willie, one of Washington’s youngest news-boys. He is a kind of free-lance, helps other boys out, and roams around the city on his little velocipede, with all the recklessness of extreme youth. Gets lost occasionally. He was so immature that he couldn’t talk plain, and yet he was pretty keen about striking people for nickels. William Frederick Tear, 490 Louisiana Ave., Washington, D.C. Location: Washington (D.C.), District of Columbia.”

“I heard they was extras. I stayed out of school” says nine-year-old boy 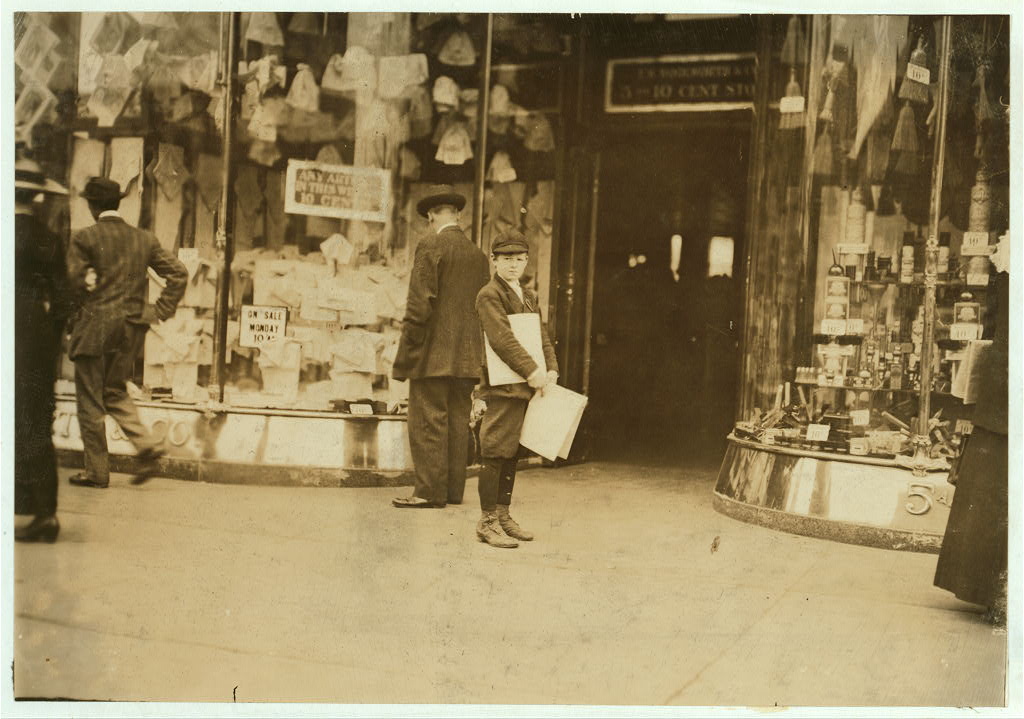 These boys were selling newspapers in a saloon 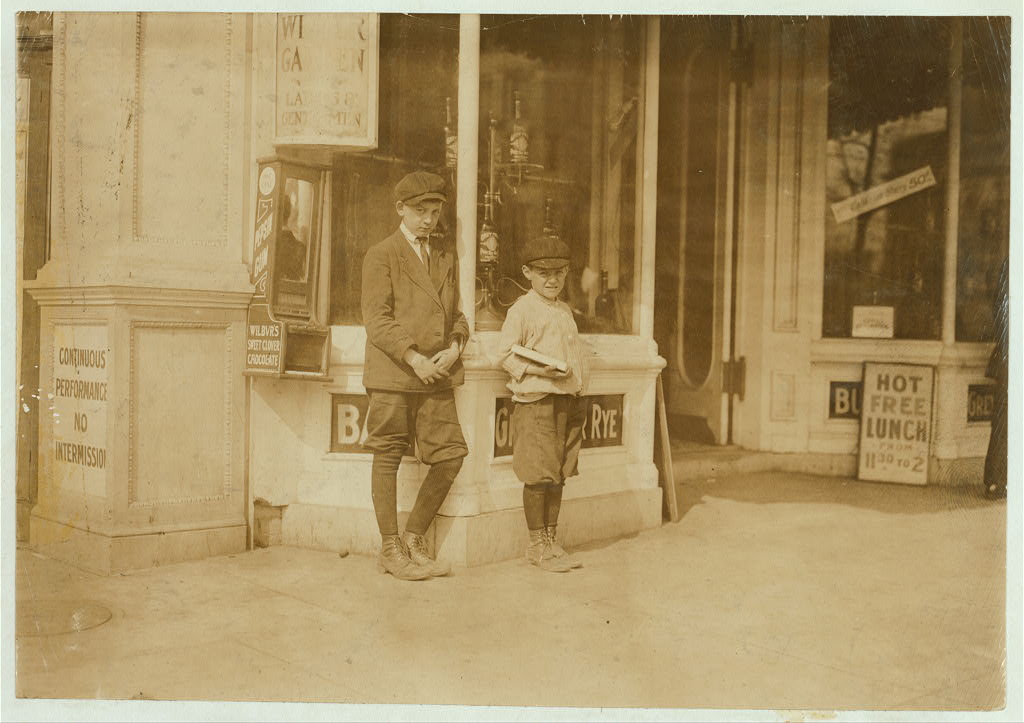 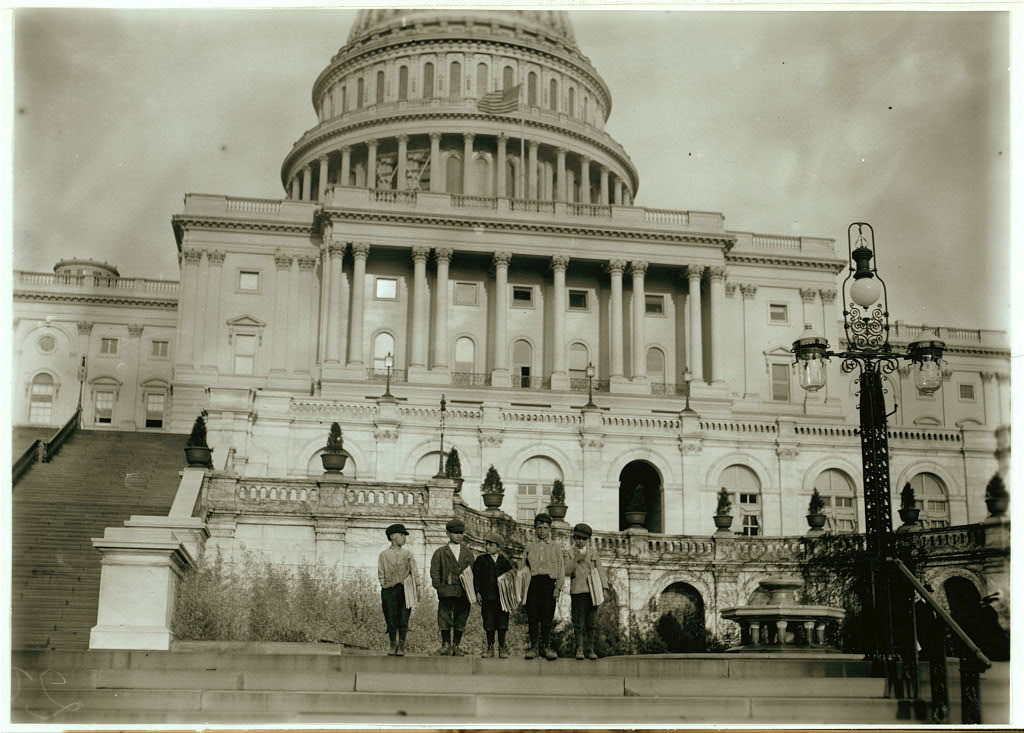 This is truly an amazing photograph. All these boys were underage and selling newspapers on the capital steps to Congressman who passed laws against child labor. The photograph was taken April 11, 1912. Names of the children were: Tony Passaro, (8 yrs. old). Dan Mercurio, (9 yrs. old). Joseph Tucci (10 years old). Peter Peper (10 yrs. old). John Carlino (11 yrs. old). 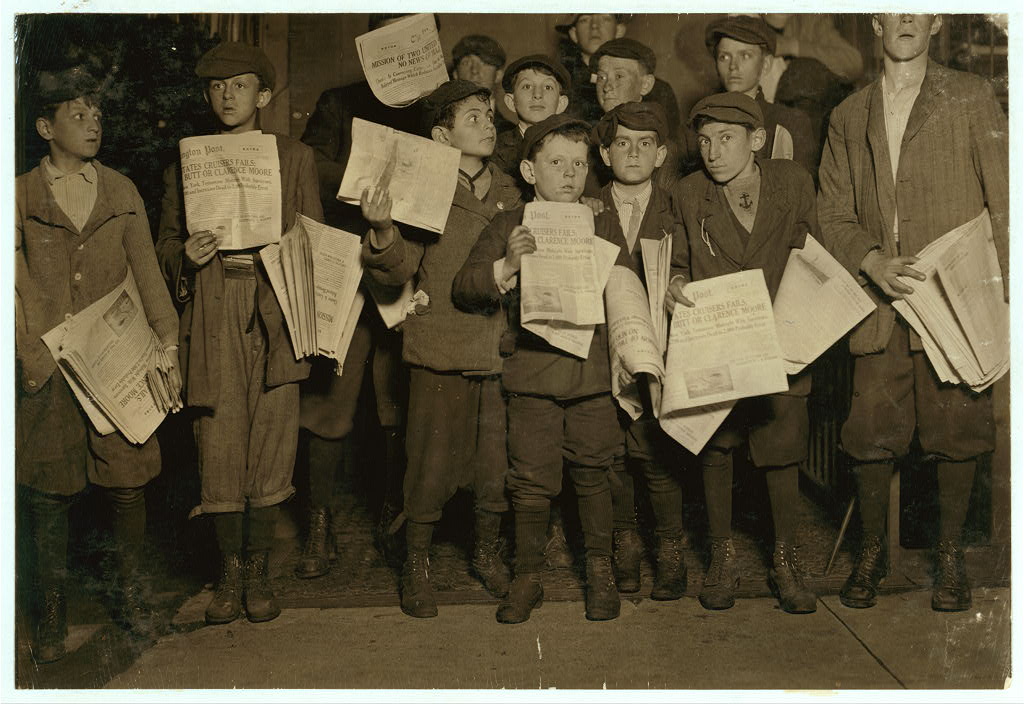 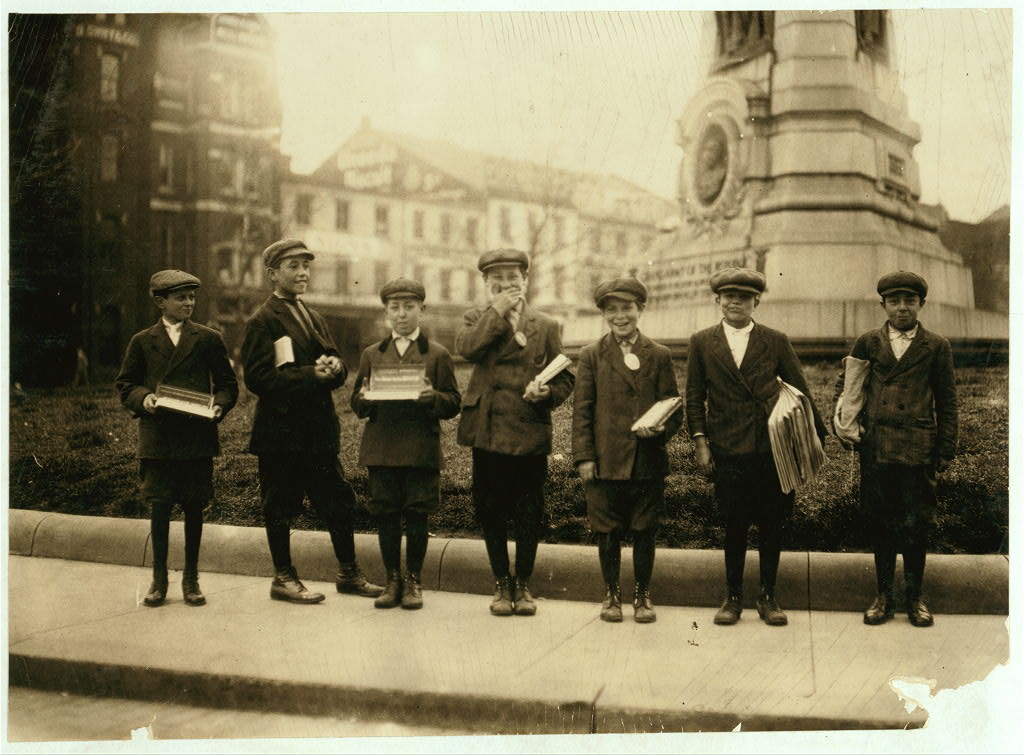 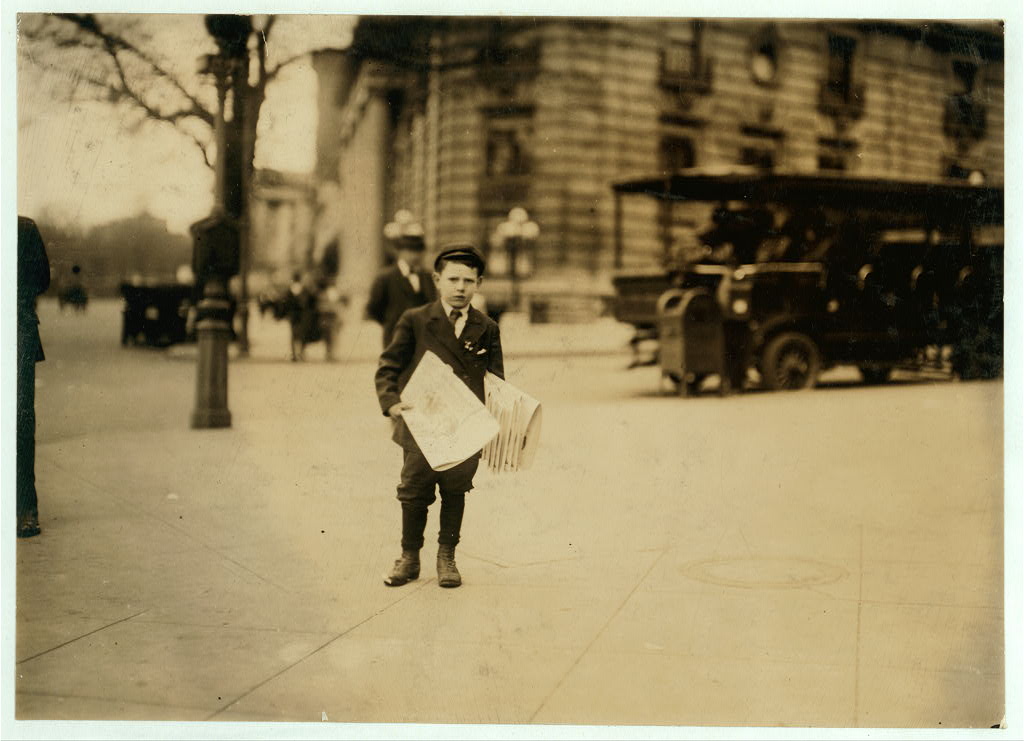 The Name of this child was Israel April. Hine stated that the following about him, “Israel April lived at 314 I St., S.W., Washington, D.C.  He told me “I serves the President”.  He is 9 yr. old news boy with no badge selling near Willard Hotel, Sunday P.M., 4/14/12. Been selling for several years. I found him selling after midnight April 17th and 18th. Quite a pugnacious little chap. He and his brother are said to have a large clientele among ambassadors and senators. Location: Washington (D.C.), District of Columbia. April 14, 1912

I wonder what happened to all these young boys?

Discordance: A novel about a family’s destiny in colonial America