My introduction to birds was finding a picture of the Brown Thrasher in an old magazine at my grandmother’s home when I was a young child. Years later after my children were in school, I had time to keep up with the large number of birds at my bird feeders. 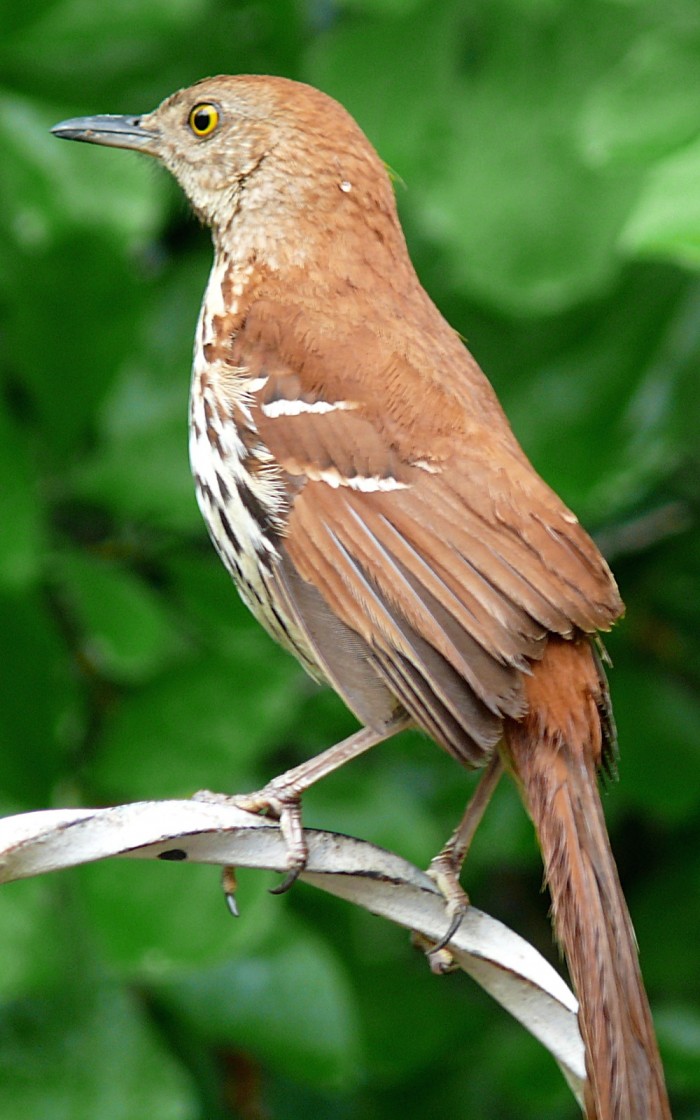 I found out the true meaning of “pecking order” as I looked at those birds inform each other who was in control! In addition to the larger feeders, I now keep a small feeder in one of my windows so that I can see the birds while I eat my meals. Even though the crows rule at the larger feeders, the red bellied woodpecker is definitely in charge at the smaller feeder. The smaller birds give him plenty of space. He even scares the blue jay away.

I also have hummingbird feeders. One feeder, which is outside the same window as the one mentioned above, is the favorite of the hummingbirds. A little female remains behind each spring while the other hummers go North to nest. When they return to Birmingham in July, one would think the female that has stayed here for two plus months would have the choice of feeders. Not true, the hummingbirds very quickly have sword fights with those long beaks and determine which has ownership of the number one feeder. 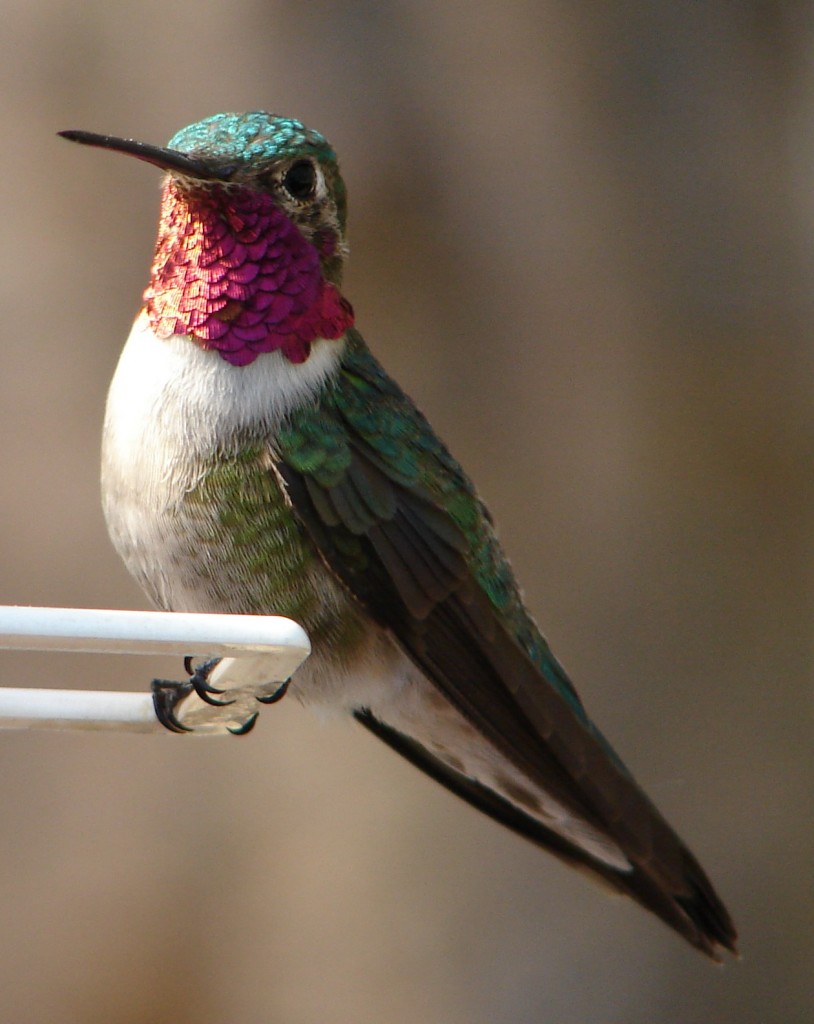 People also have pecking orders. When our three sons were toddlers, each of them went through the pecking order with other children. We lived in an apartment near Vulcan and our oldest son would visit a little girl who lived in one of the apartments. After playing for awhile, she would send him out the door crying.

My husband had gone over to get him to come home for dinner one night. As he was standing at the door talking with the father of the household, our son came out the door crying. My husband gave number one son a lecture that night. “Yes, son, you have been taught not to hit little girls, but…!” The next night, number one son was waiting for Daddy. He proudly declared, “I hit her with a cash register, Daddy!” That isn’t exactly what Dad intended; but I guess a new pecking order was established.

We let that pecking order lie

Our second son went through a similar experience. We were having lunch with a family after church one Sunday. The lady would cook an outstanding meal and invite members of her family and us to partake of the meal. In came number two son with tears streaming down his chubby little cheeks. Through loud sobs, he informed us that Miss Lisa (Melissa) bit him. We let that pecking order lie!

When our youngest son was past the toddler age and in elementary school, there was a little girl who loved to “get his goat”. His favorite sandwich for lunch was made of souse meat. This was also very economical. One day he came home from school very upset. The little girl had informed him that meat was hogs head! After I explained to him that this was partially true, he never took a souse meat sandwich to school again. Another attempt at an economical lunch had quickly disappeared.

He was in charge

We had an old cat who let the other cats and dogs know that he was in charge. He would run under a parked car and wait for an inquisitive dog to stick his nose under the car. It didn’t take old Smokey long to establish his pecking order. Of course, this was in the days before the leash law.

I recently read an article that stated we often run visitors away from church by establishing our favorite seats. It reminded me of an elderly lady in our church who would inform a person, who happened to choose the wrong part of the pew, that was her seat!

We all know where the pecking order exists in a particular group of which we are members. Sometimes, it’s better to let things lie as they are.