Did you realize that in the year 1871, only six years after the Civil War, England and American almost went to war again? “The year was marked by the conclusion of an important treaty between England and the United States. Besides settling certain questions which threatened the friendly relations of the two countries, the treaty enunciated important principles of international law, and afforded the world a shining instance of peaceful arbitration as a substitute for the horrors of war.”

“Ever since 1863 the United States had been seeking satisfaction from Great Britain for the depredations committed by the Alabama and other Confederate cruisers sailing from English ports. Negotiations were broken off in 1865 and again in 1868. The next year Reverdy Johnson, American Minister to England, negotiated a treaty, but it was rejected by the Senate. 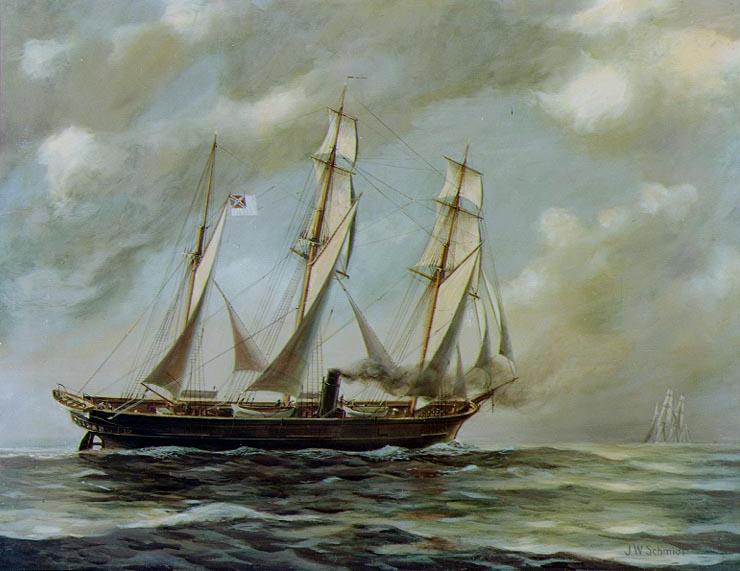 In January, the British Government proposed a joint commission for the settlement of questions connected with the Canadian fisheries. Mr. Fish, our Secretary of State, replied that the settlement of the “Alabama Claims” would be “essential to the restoration of cordial and amicable relations between the two governments.” 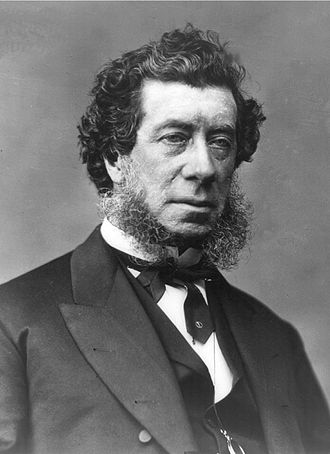 However, February 4, 1871 headlines of the Nashville Union and American stated

On February 6, 1871, the headlines from New York screamed:

“The Hearld’s Washington special says that the excitement among high officials in that city in consequence of our relations with England is very great, and there have been constant conferences between the representatives of the American Government and the English Embassy. The situation in England is represented by the English legation at Washington in the gravest character. The Tory party, although represented by Stafford Northcote on the Joint High Commission, are desirous of forcing the Alabama question upon Parliament, and to compel such a vote as would declare its want of confidence in the Gladstone Ministry. Gladstone and the Ministry are in consequence, seeking and amendment of the Alabama case to parry the assaults of the Tories. Dispatches having been received at Washington urging the administration to withdraw its claims for consequential damages. The President is firm in the conviction that the case as presented by our government shall not be amended or withdrawn.”

On February 8, 1871, it was reported that Gen. Sheridan was consulting with the President over the strength of the country regarding military force. Military forts were ordered that everything should be brought to perfection and the naval also received like orders.  Congress was considering the construction on iron ships and building yards.

As the next few days unfolded, other countries starting choosing sides in the disagreement.

For a few days in February, America’s relationship with England continued to be rocky. Finally, England consented to submit this question also to the commission, and on February 27th five high commissioners from each country met at Washington. The British delegation included cabinet officers, the minister to the United States, and an Oxford professor of international law. The American commissioners were of equally high station, the Secretary of State, an associate justice of the Supreme Court, and our minister to England being of their number. Negotiations continued throughout the spring.

On May 8th the commission completed a treaty which was speedily ratified by both governments. It provided for arbitration upon the “Alabama Claims,” upon other claims by citizens of either country for damages during the Rebellion, upon the fisheries, and upon the northwest boundary of the United States.

Thankfully, War with England was adverted.

Inspired by true events and the Cottingham family that resided in 17th century Somerset, Maryland and Delaware, colonial America comes alive with pirate attacks, religious discord, and governmental disagreements in the pre-Revolutionary War days of America in this novel – Read:  Discordance: The Cottinghams (Volume 1)