Two more fish recipes from the 1920s to try.

Soak one pound of salt cod in cold water overnight. Drain water, put more cold water on it, just cover and simmer for 30 minutes; drain; cool; flake with a fork, and to this add equal quantities of cold boiled potatoes and three medium-sized sour pickles chopped, or substitute celery, when in season, for pickles. Season to taste, mix with cooked dressing and serve with hard-cooked eggs on lettuce leaves or celery tops. 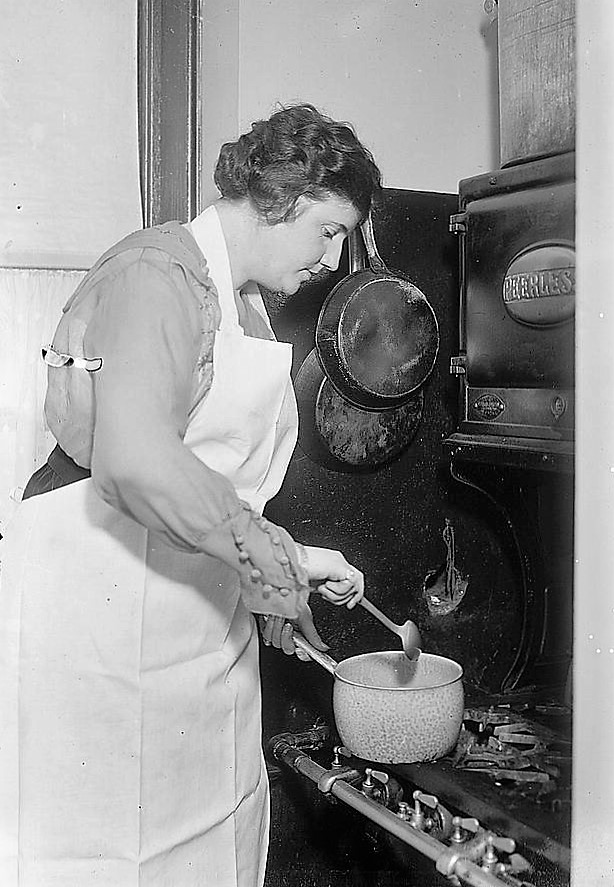 Mix the ingredients in the order giver. Pour into small buttered molds place on the rack in a pan and surround with hot water. Cover, and bake until the mixture is firm. Turn from the molds and serve with a sauce.