Each year there are many charitable groups to ask for pledges from the generous hearts of the public to support their charity events. Most people have their favorite charity and even add a few each year. Response comes from receiving mail outs, radio advertisement, and TV ads and by telephone calls.

Now in the ole days…………I have tried to remember how we supported charity events since there were not many organizations to do this. The only way I saw my school in the 1940’s make up money for the school was by holding events at school on holidays.

All county women and girls learned how to cook delicious cakes! Then there emerged the cake walks at school to collect money for the school. 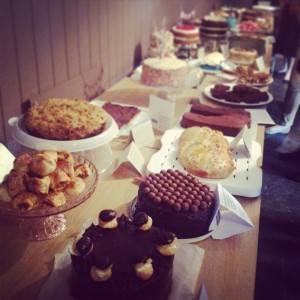 This is how it worked. A plea was made to the students to ask their mothers to bake their best cake and bring to school on a certain night. The cakes were then placed on a long table near the auditorium or largest school room. As the students and their families passed by the table there could be heard lots of pleasant expressions.

Cake Walks were lots of fun. There were circled numbers placed about three feet apart to make a large circle. Families purchased tickets for their kids to stand on a number. The event leader would hold up a cake for all the participants to see. She would tell what kind of cake it was and who made it; she assigned a number to the cake. When everyone was ready the event leader would ask the piano player to start playing a song. When she started playing the music the people on the circled numbers started to move to the next circled number. 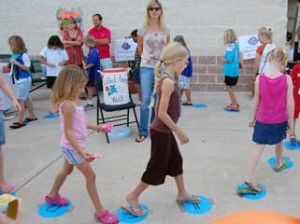 The fun began when everyone was hesitant to move when the music started. …but you had to move from one number to another as long as the music was played. The catch was that when the music stopped suddenly you had to stand still. That is when the winner was announced if you were standing on the correct cake number. This was repeated until all the cakes were given out and all the money was counted!

It has been a long time since I participated in a Cake Walk!