Russians In The House!

I am a member of a group, Friendship Force International, that hosts young professionals from Russia each Fall. The young adults are sponsored by the Library of Congress and visit our area to study the various city offices, civic organizations and human aid groups. I usually host two members of the group. These people from another country spend as much free time as possible shopping in the local malls; so are good for our economy.

I have opened my home to a Facilitator from two of the groups. The Facilitator is a person who speaks our language fluently and can be telephoned by a host or delegate if a problem arises. One of the Facilitators, Natalia, spent a lot of time on my back steps photographing hummingbirds as they flew round and round the feeder. Even though Natalia had been to our country several times, she had never seen hummers. We still correspond through e-mail. 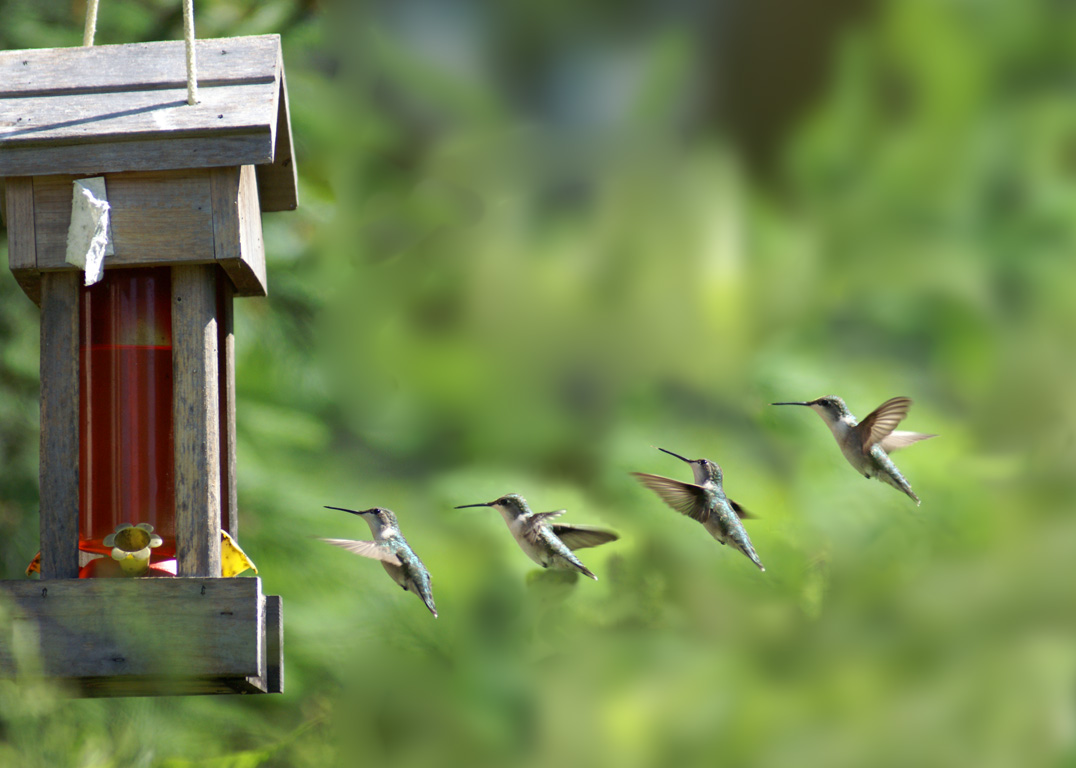 Last December Luiza from the Czech Republic and Andrey from Moscow were my guests. Luiza spoke no English and Andrey spoke some. We kept the Russian/English dictionary on the kitchen table and referred to it regularly. This was their first visit to America. It was so interesting to observe them as they learned about our country. My son Jay, who lives in Central Asia and is studying Russian, gave me some terms in their language which surprised them when I would greet them.

When Andrey and Luiza first arrived in my subdivision, they took a walk with camera in hand. Upon returning, they told of running into a man who was walking his dogs. He saw them photographing things of interest and inquired whether or not they were with the Secret Service! They answered that they were from Russia and were my guests. From the description the fellow was absolutely bug-eyed! My son John later told Andrey he should have said he was with the KGB!

Luiza had some diet restrictions because of religious beliefs, so I described what various “suspicious” food items contained. Andrey relished all food. After eating a number of new items, Luiza declared that American food has many surprises.

While they were here, we had a wind storm that blew my mailbox, which was already unsteady, to the ground. On the coldest morning of the year, Andrey dug a hole for my new mailbox post and installed it on another very cold morning. The timing for these two guests to be in my home was perfect!

One evening Andrey came upstairs and asked me to follow him downstairs. My dryer exhaust goes into panty hose instead of through the wall. My son Joe once likened the flying panty hose to the arm waving inflatables at a local tire dealership. Andrey pointed to the flying legs and asked: “What is that?” Try to explain that experience to someone who speaks little English!

Whenever we entertain delegates from another area, The Friendship Force International requests that things continue as usual in our homes. I always begin a meal by saying Grace. Before they left, Andrey asked me what the verse I always say at meals is. I explained that I was thanking God for the food and asking Him to protect them as they traveled in our area each day.

Through these Exchanges, instead of seeing the Ugly American or the Dangerous Russian, friendships are formed.