The Great Depression and Dust Bowl were difficult years in United States History.  Many people left their farms and became migrant workers due to the Dust Bowl and traveled to California to pick vegetables and fruit.

This song Why don’t you write a letter home? was performed by Sam Bell in Tuolumne County, California on August 2, 1939. Sidney Robertson Cowell was the collector for the Archive of Folk Culture for the Library of Congress.

Below: This boy, fourteen, is in the eighth grade but was unable to continue school because of insufficient food and clothing. He subsisted two days on frozen tomatoes from field nearby. His father said “They call me a road hog and a bum; but if I am, how did that boy get into the eighth grade?”  Taken at American River camp, near Sacramento, California by photographer, Dorothea Lange. 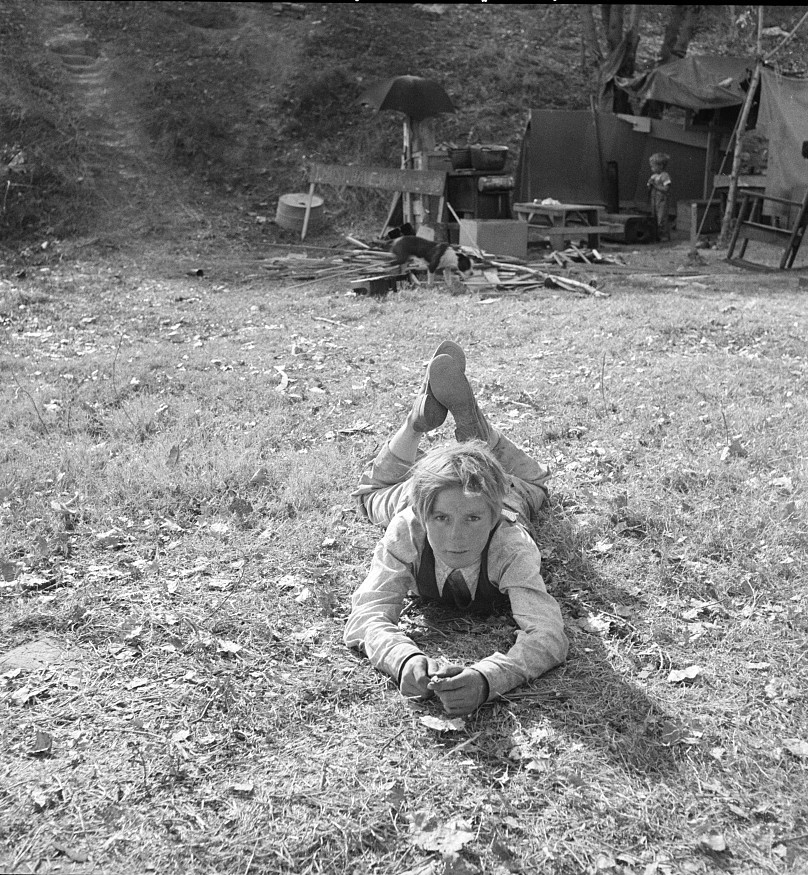 Food Supply was lean at the Camp

Here is an example of a food supply for a family at the American River Camp in 1936. 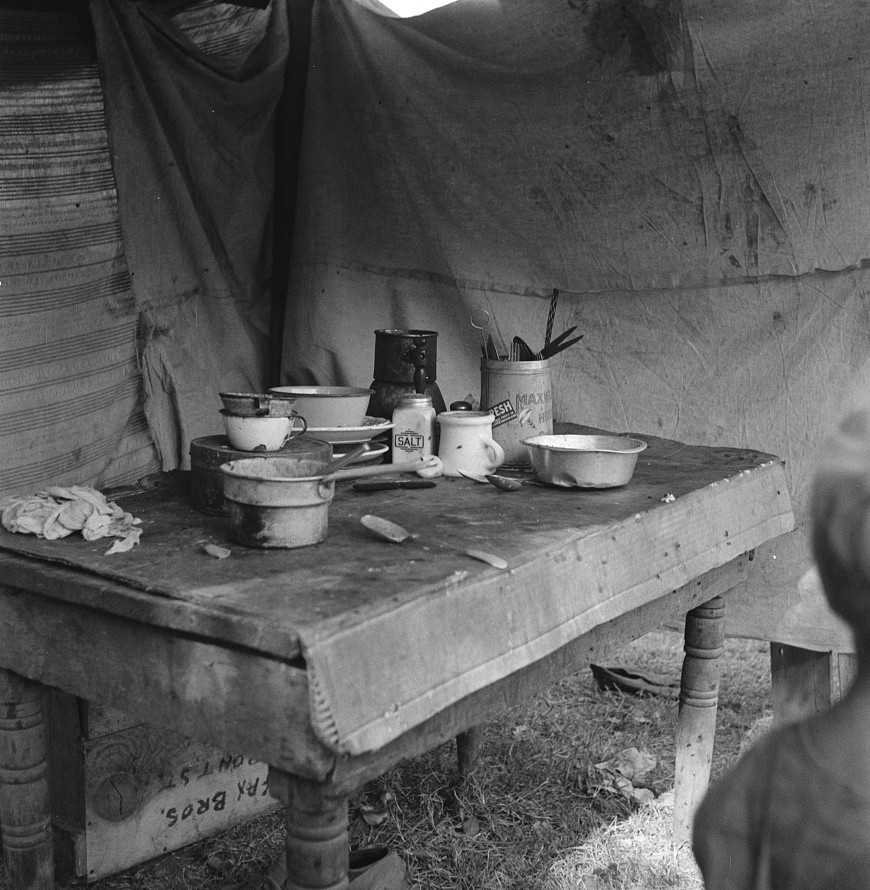 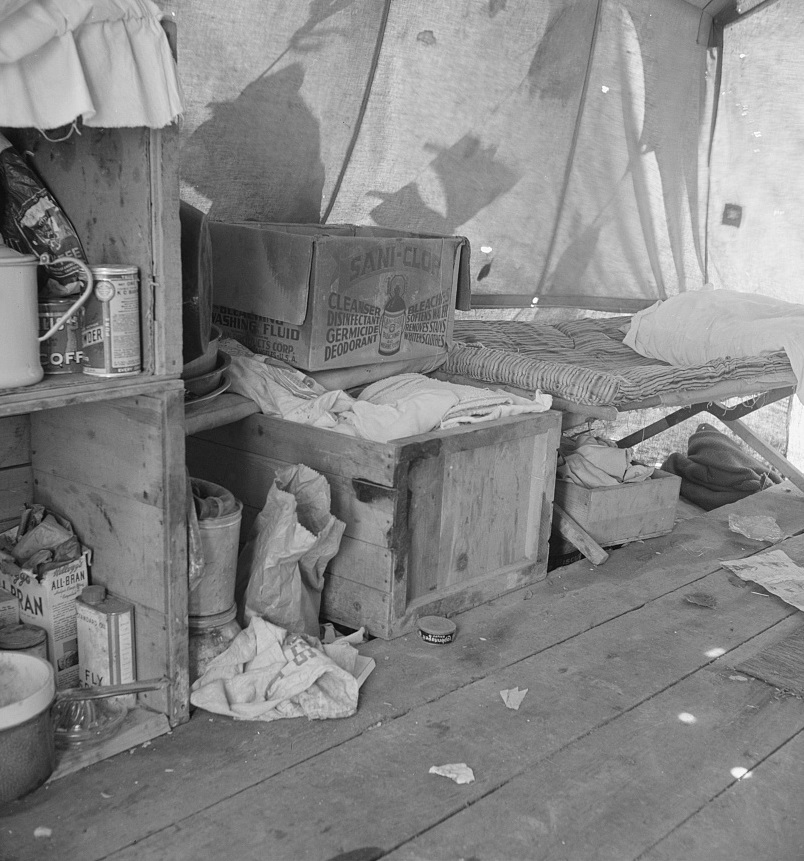 Living Conditions in California were poor

The photograph below is of a destitute family at the American River camp, Sacramento, California. It looks like they are trying to collect wood to build some type of housing. 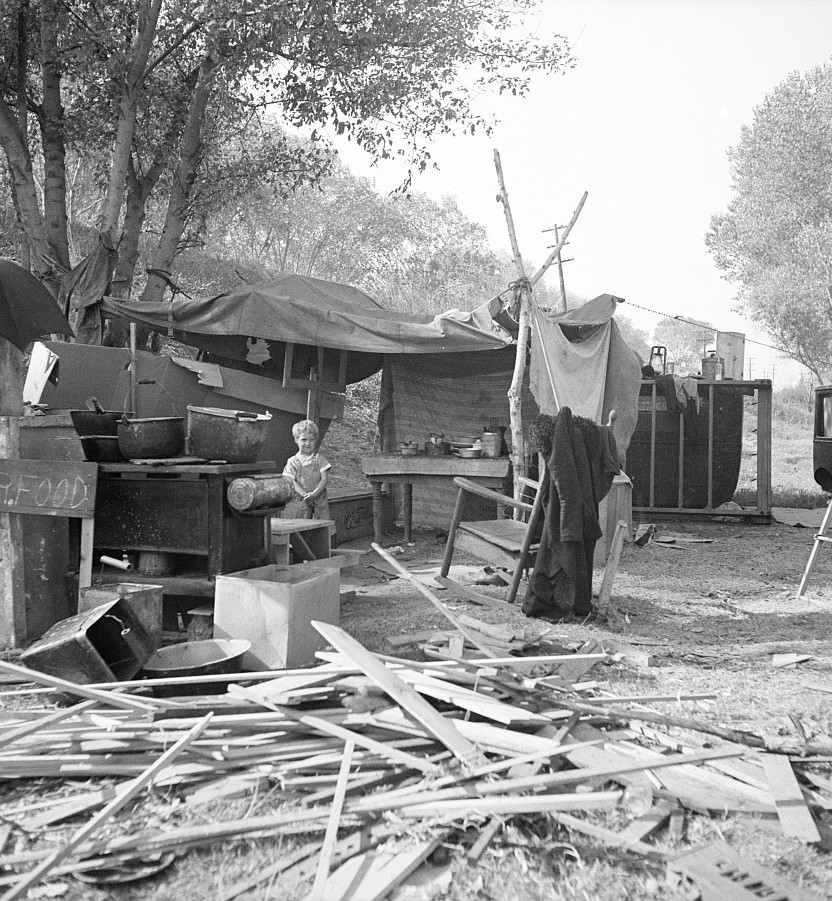 Finding enough water was a problem

Picture below was taken at the American River camp, California in 1936. Notice the dirty clothes and flies.  Acquiring a good supply of water was a problem during the drought.  These scenes inspired John Steinbeck to write the Grapes of Wrath 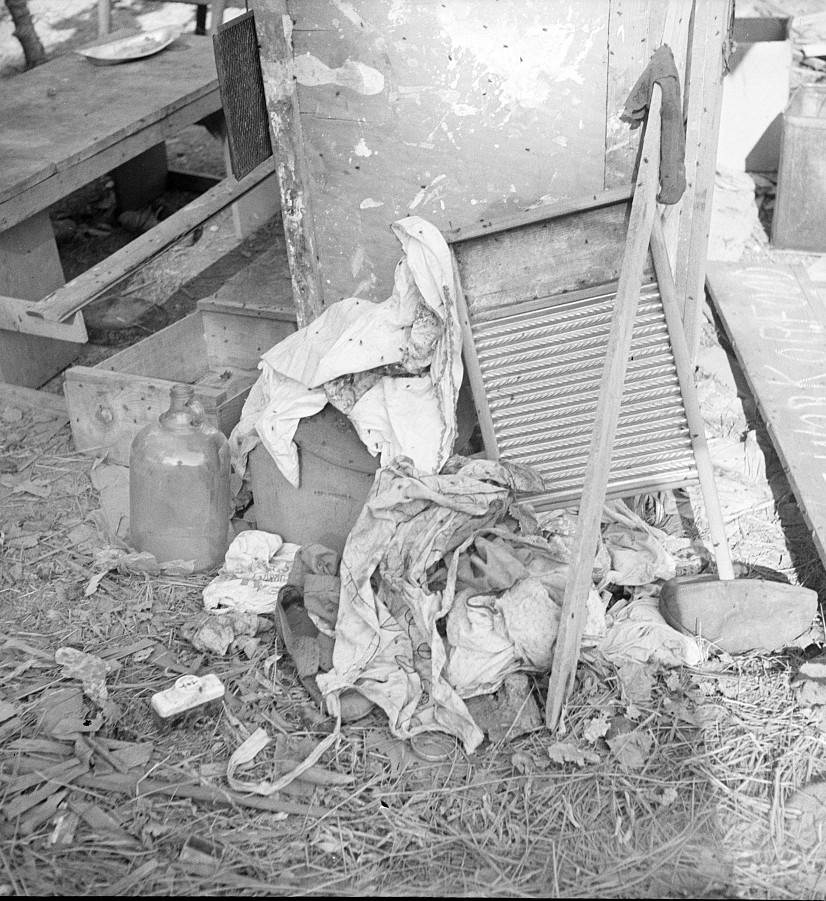 The destitute family below has five children, ages two to seventeen years. 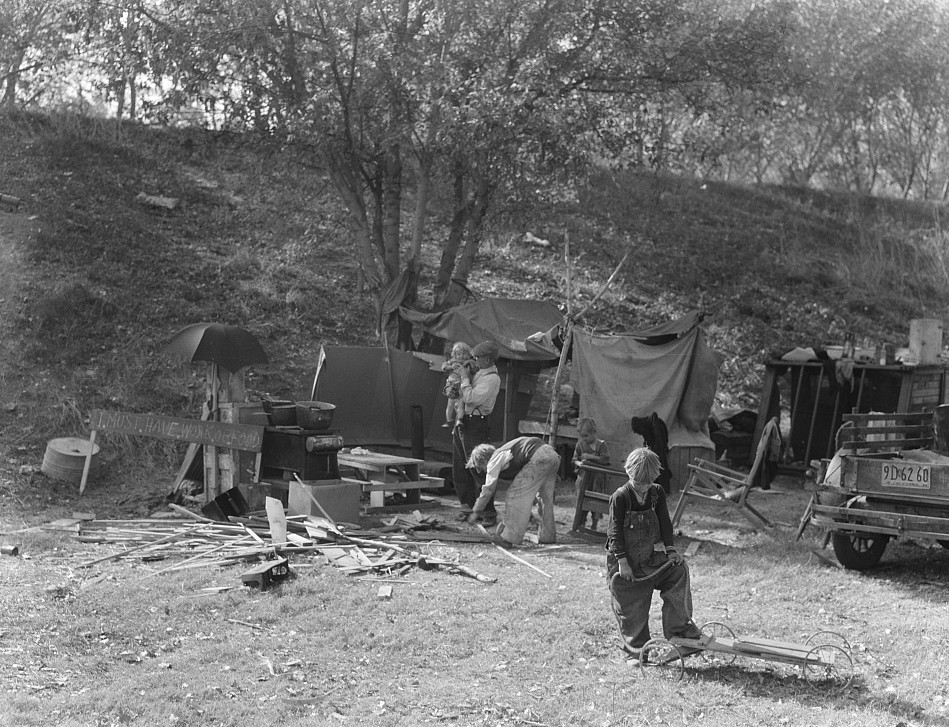 Below is a migrant camp on the outskirts of Sacramento, California on the American River. About thirty families lived on this flat. 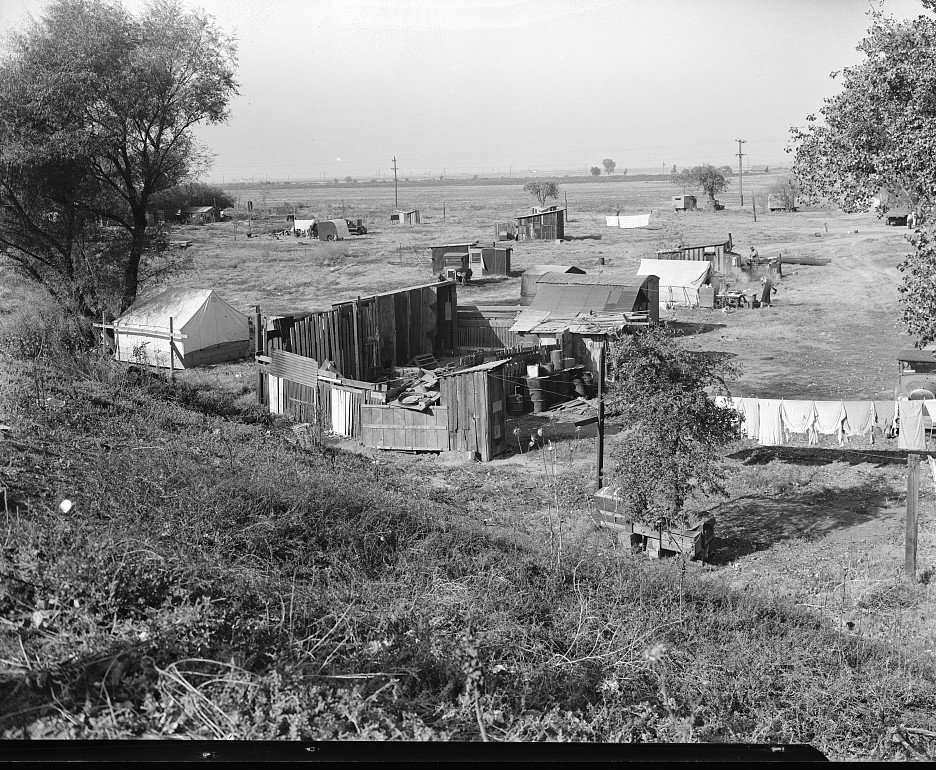 This is a photograph of the water supply source for cotton migrant workers at the American River Camp in San Joaquin Valley, California. 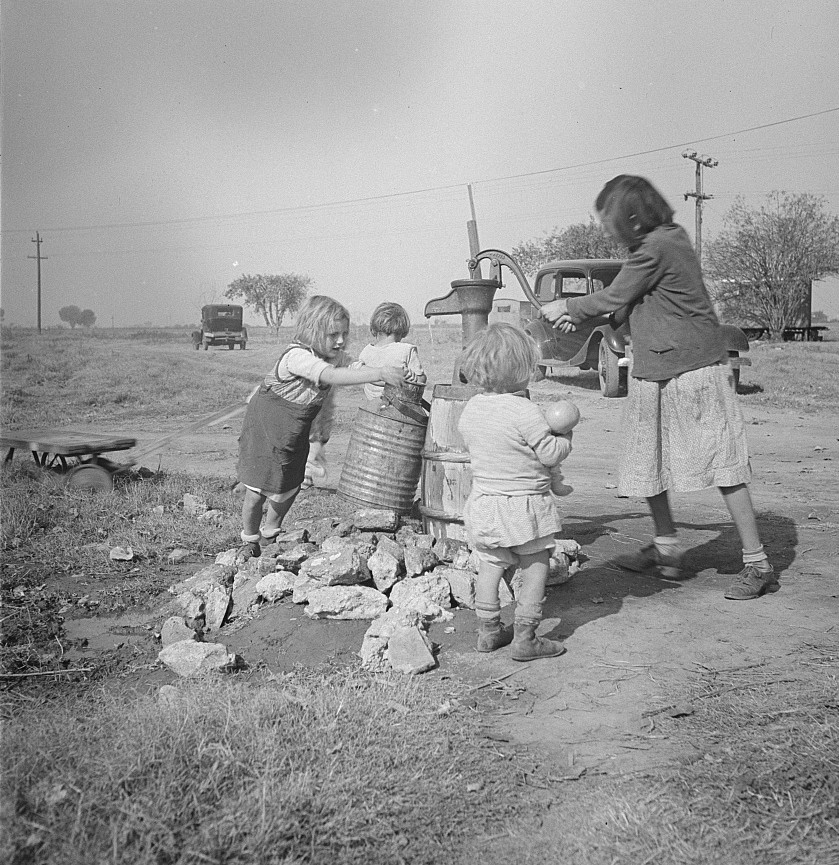 They rented ground space to camp

This migrant winter camp was on the outskirts of Sacramento, California. Eighty families, built their own shacks, and paid one dollar and twenty-five cents a month for ground rent which included water. It was one half-mile from American River camp. 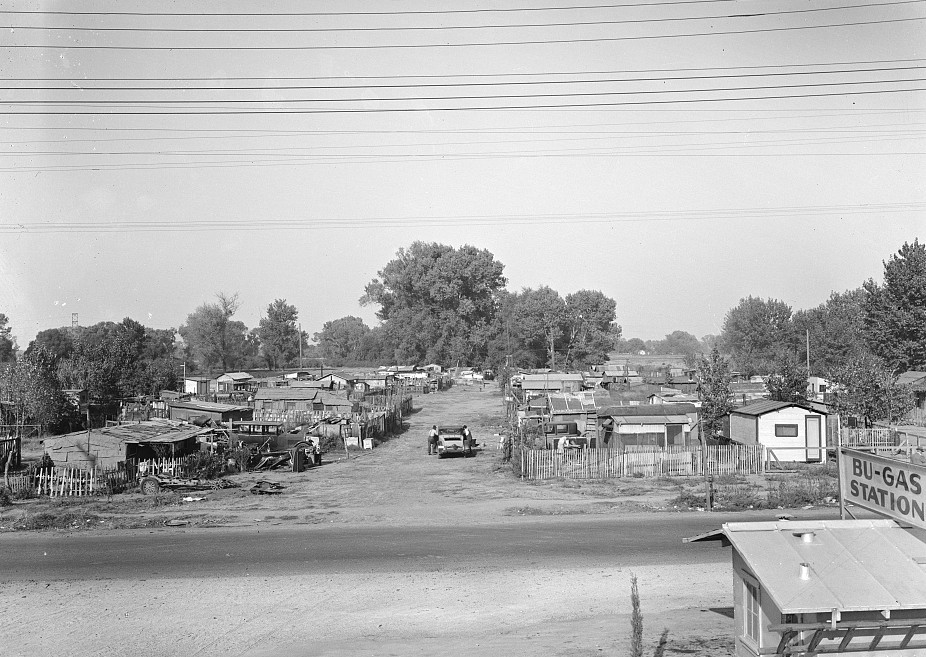 Only Toilet Facilities for Ten cabins at a camp

Ten families stayed at this auto camp, men, women and children. They paid $10 per mouth for a cabin near Salinas, California. 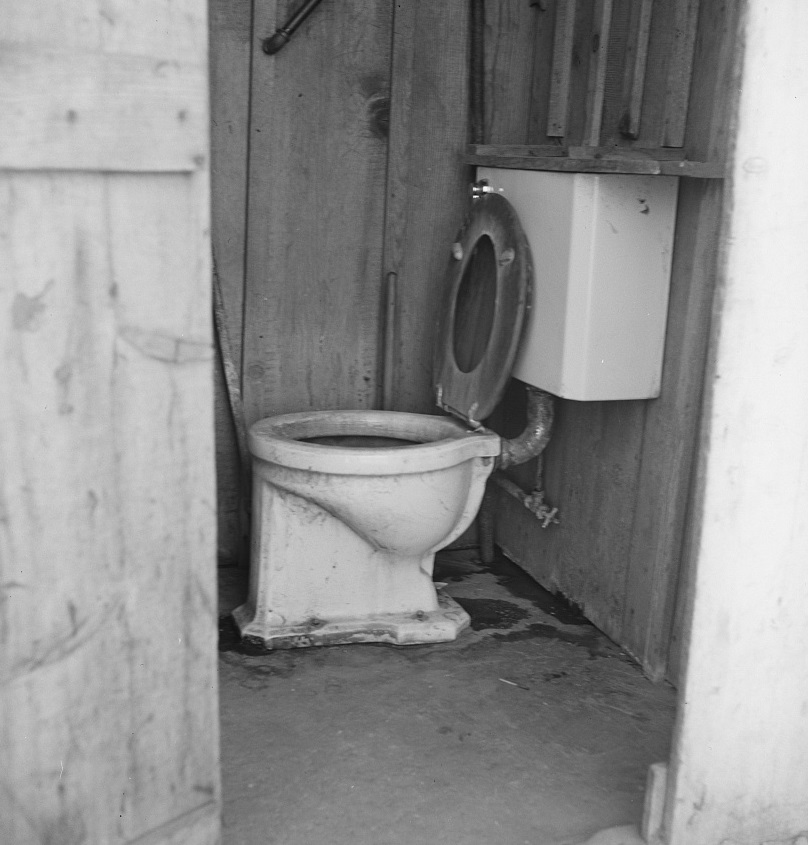 This was in a private auto camp during pea harvest. Tent space fifty cents a week. Outskirts of Calipatria, California 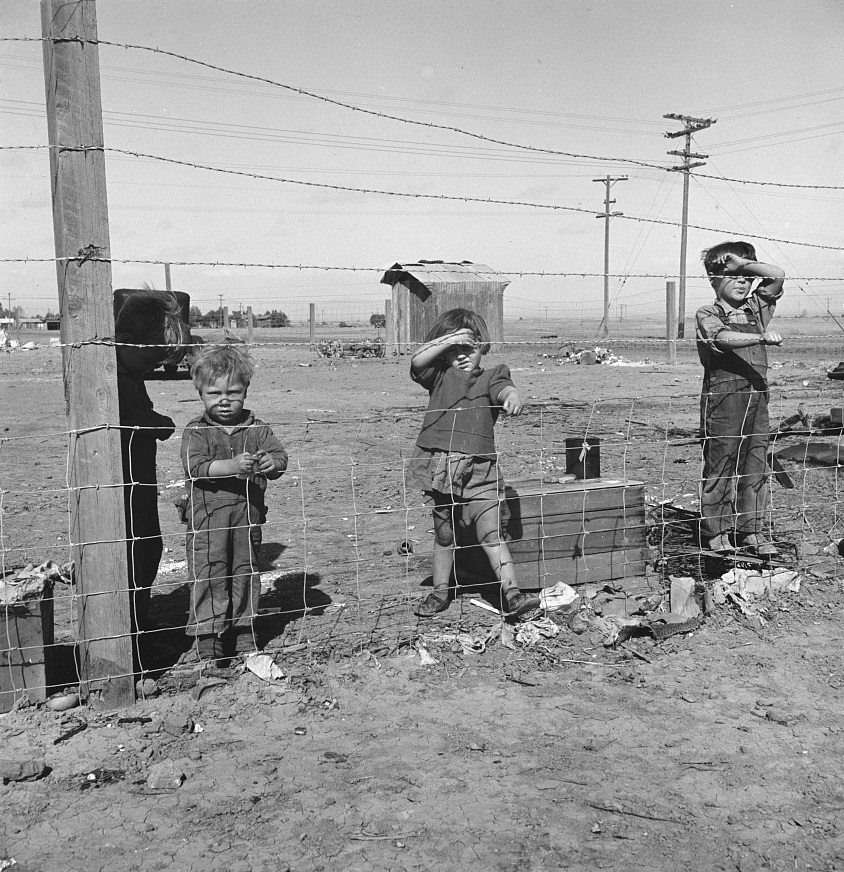 Pea pickers are waiting at the FSA office for issue of surplus commodities. Calipatria, California 1939 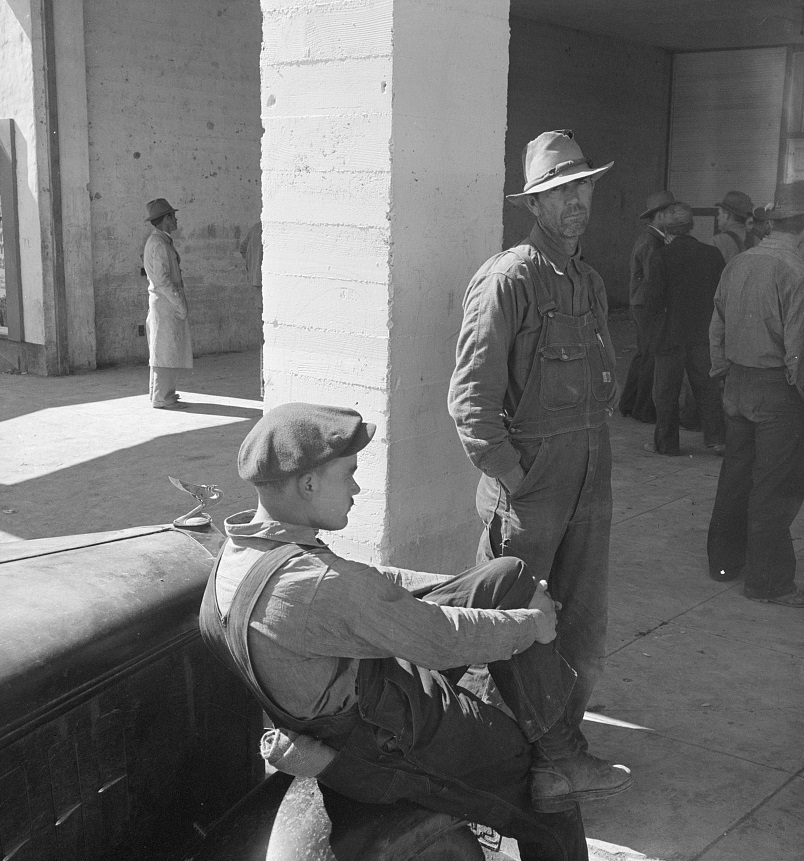 Sometimes there was no work available

Inside a pea picker’s tent in the middle of the morning. No work. Santa Clara County, California. 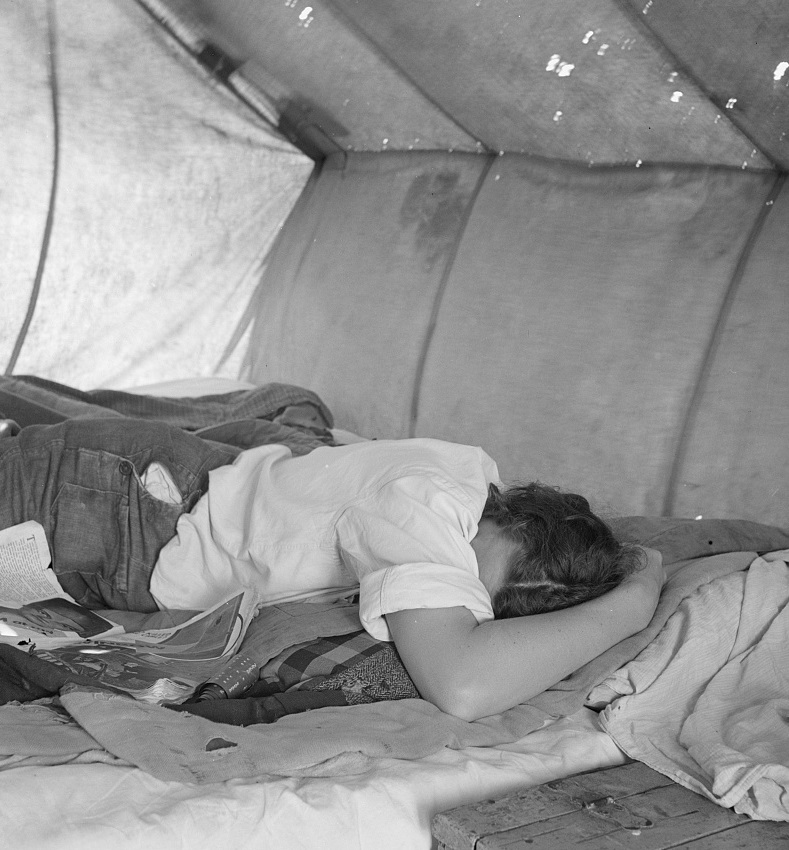