WONDERS OF THE KNIFE

(Transcribed from the Philadelphia Press 1890) 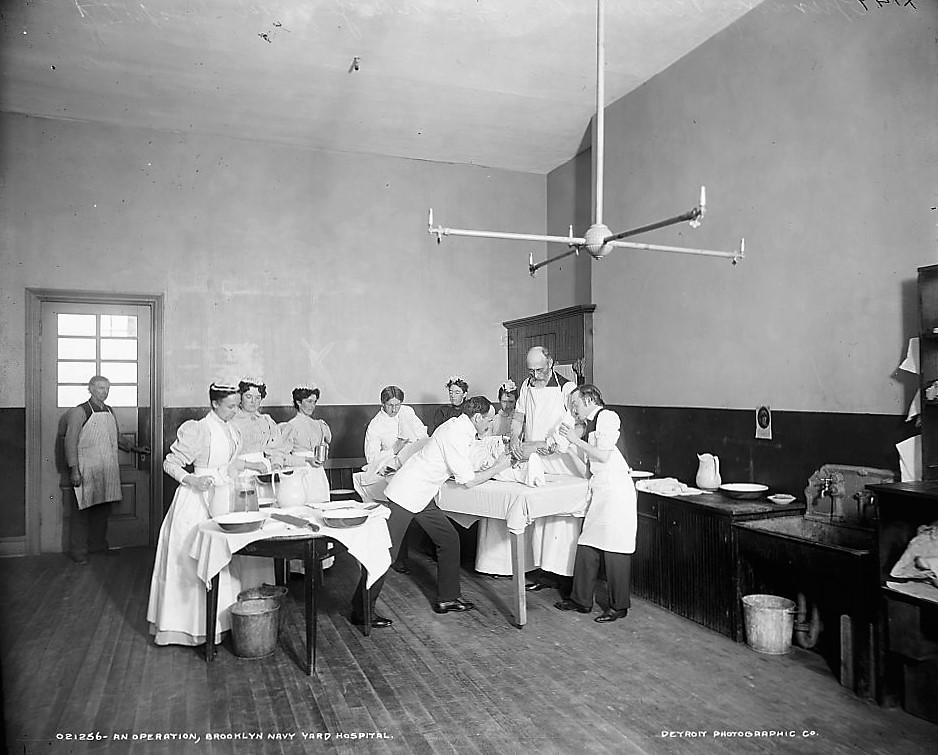 An operation 1890 US naval yard Detroit Publishing (Library of Congress)

“Modern surgery,” said a practitioner, “gives men new eyes, even robbing rabbits for that purpose with success, gives them new blood, tapping to that end the veins of wome fellow-man; it takes out his ribs and part of his lungs and spine if he does not like them; it gives him, on occasion, a new larynx to talk with, a new skin to perspire through; it cuts out his tongue or his thigh bone, and even strectches his nerves to get the kinks out of them; it straightens. his crooked legs, and provides him with good, live tendons from a dog when his own have suffered misfortune, and it makes him a new nose, a new mouth, a new knee-cap, or a new ear, if he wishes it.

It won’t be long before it may make him a Frankenstein, if the progress of science continues.”