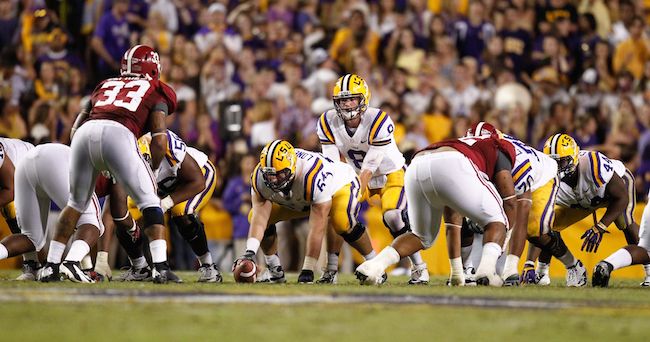 My New Orleans Experience: My Purse was Snatched!

My son, Danny was the mascot, Big Al at the University of Alabama from 1985-87. On November 9, 1985, Bama was to play LSU, Louisiana State University in Baton Rouge. It was a long drive to Baton Rouge but a nurse friend, asked me to ride with her to visit New Orleans first for a few days and then go north to Baton Rouge for the game.

We selected a nice hotel on Canal Street in New Orleans since it was convient to the French Quarters. Peggy and I had a great time walking in the French quarters, sipping coffee and Beignet’s in the French market and a little shopping. At about 10 O’clock we began to tire so we started back to the hotel. 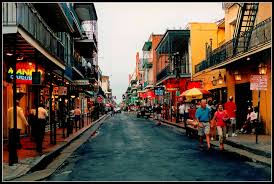 Canal Street was bright, there were people walking about and the weather was perfect, so we began to walk. About halfway from our hotel I felt a tug on my purse hanging from my shoulder. In a second…it happened! My purse went flying off into the hands of a small boy.

Peggy looked at me not knowing what had happened. I was screaming, “My purse is gone.” As quick as lighting the boy was picked up by someone driving a big dark car close behind and sped off. The police came and wanted to know if I could identify the boy and of course I couldn’t. That was the end of that.

Later at the hotel, I began to take an account of the items that were in my purse. First of all, the purse had been a gift from my daughter that she had purchased for me in Italy. Besides money, credit cards, driver’s license, there was that valuable Bama football ticket!

The next morning we checked out of the hotel and drove to Baton Rouge. I had decided that I would have to do something beside go to the game since my ticket was gone. I even wondered if the person who robbed me would be brave enough to actually come and sit in my seat at the stadium.

We stopped at the hotel in Baton Rouge that the players and cheerleaders were staying in to wait for the time for Peggy to go. Of course, there were lots of people in the lobby. While I was in the restroom Peggy was telling a group of Bama supporters what had happened to me and the fact that I didn’t have a ticket. A lady walked up to Peggy and handed her a ticket and said, “Give it to your friend since I didn’t know what I was going to do with this extra ticket anyway.” Coming out of the restroom Peggy gave me the ticket and explained how she came to have it. I went over to the lady and thanked her. She was Coach Ray Perkin’s wife! Boy was I surprised!

At half time I noticed Danny in the Big Al suit playing with the LSU mascot on the field at half-time. All of a sudden the playing they were doing became aggressive as the LSU mascot began to hit on Big Al. Danny backed off and the Alabama cheerleaders rescued him. Later, Danny told me that the LSU Mascot over acted and it became a real fight.

With the new ticket I had to sit alone, but the game was interesting. Bama and LSU tied 14-14. By the way, no one came to sit in my stolen ticket seat.

When I now hear the word, New Orleans I think of how I had my purse snatched. Anyone who has had this happen to them never forgets that experience.