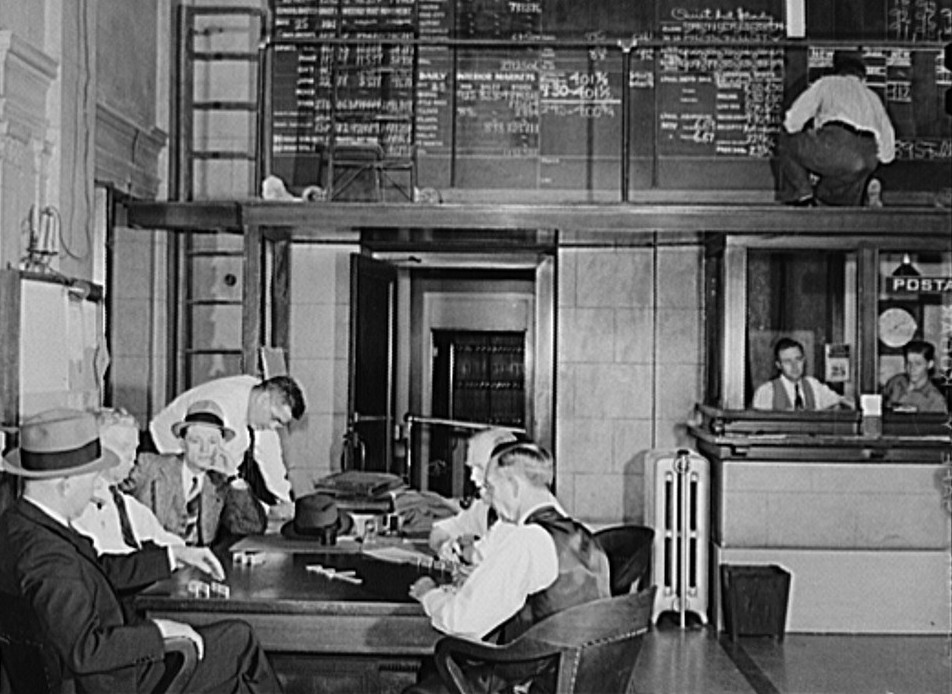 (Before we had television and video games to fill our time, domino games was a popular past time among men and boys of all ages, nationalities and economic situations throughout America as can be seen by the following photographs from the late 1930’s and early 1940’s.)

The earliest mention of the game of dominoes is from the Song Dynasty in China. It was found in the text Former Events in Wulin.1 The game made its way to Europe by the 18th century and is popular around the world today. 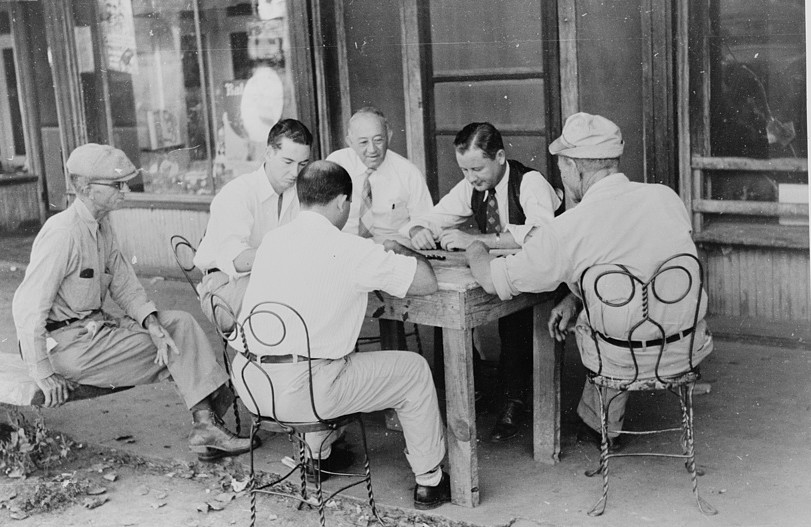 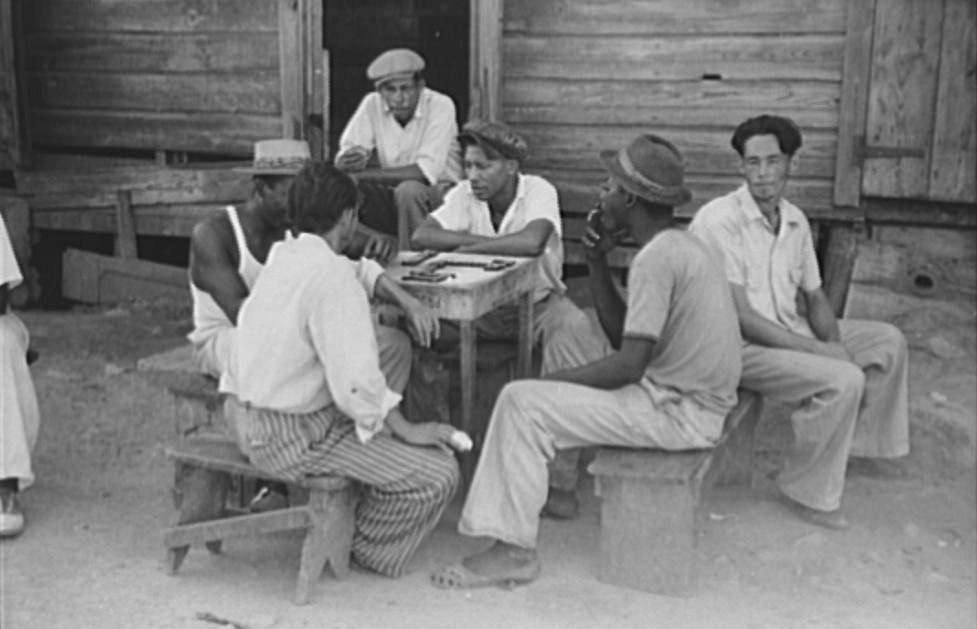 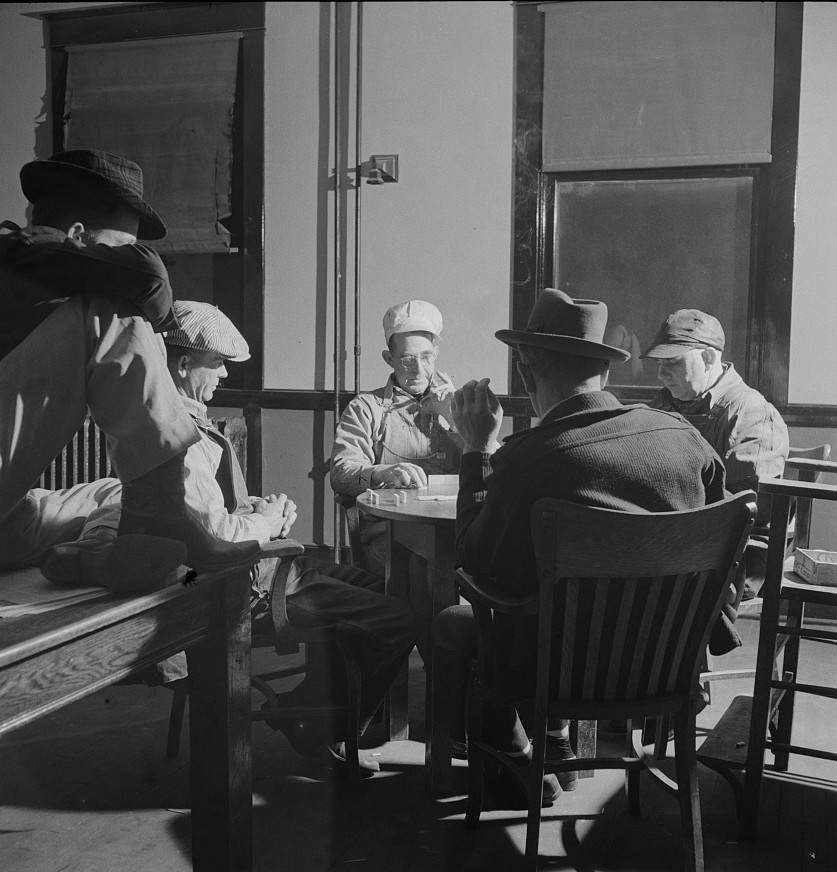 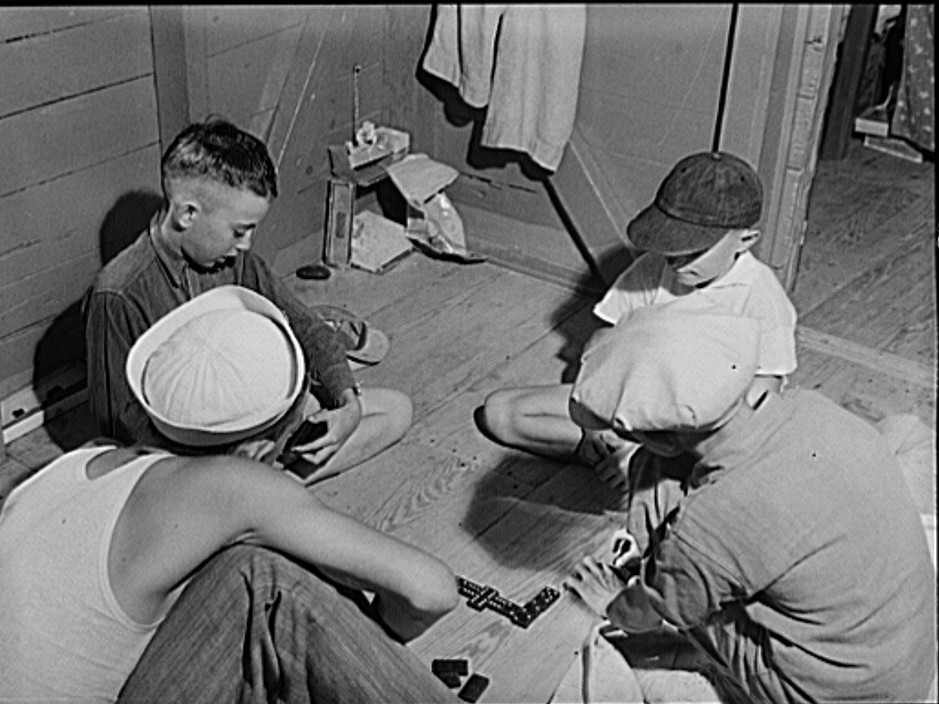 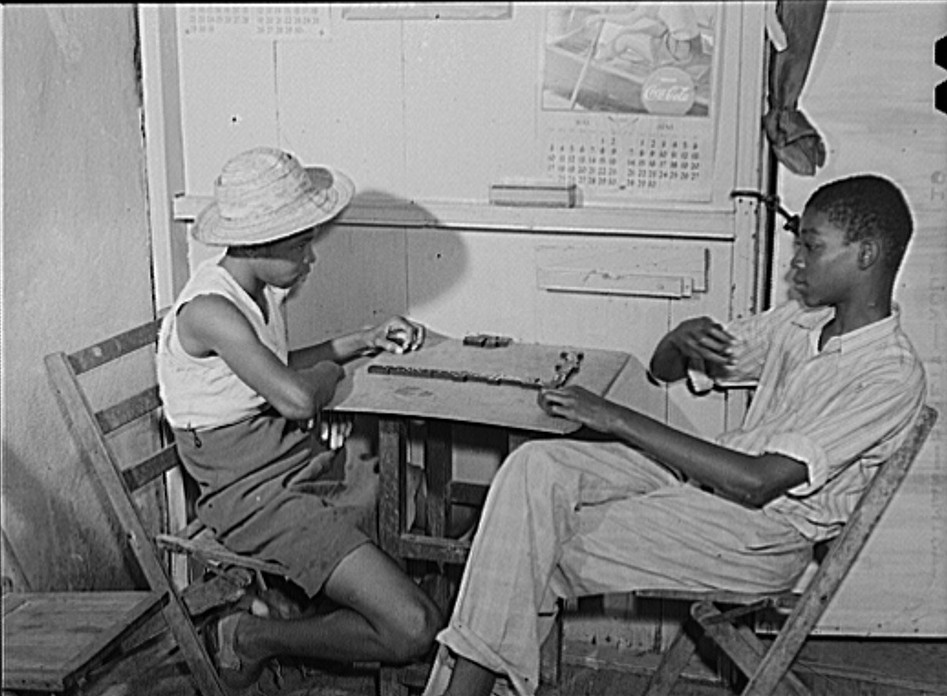 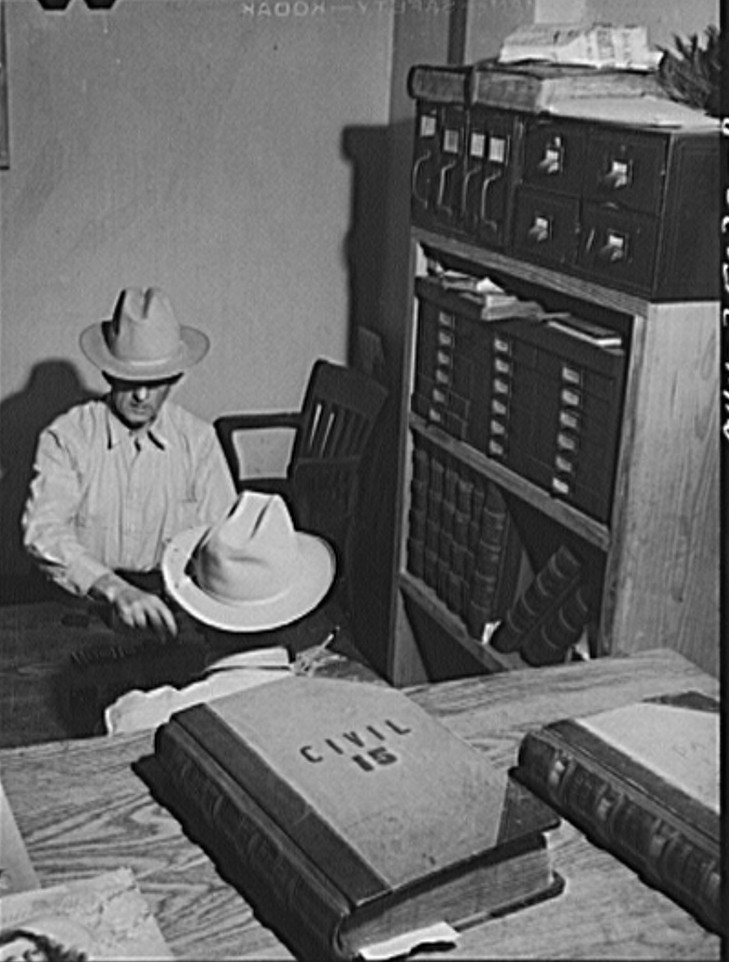 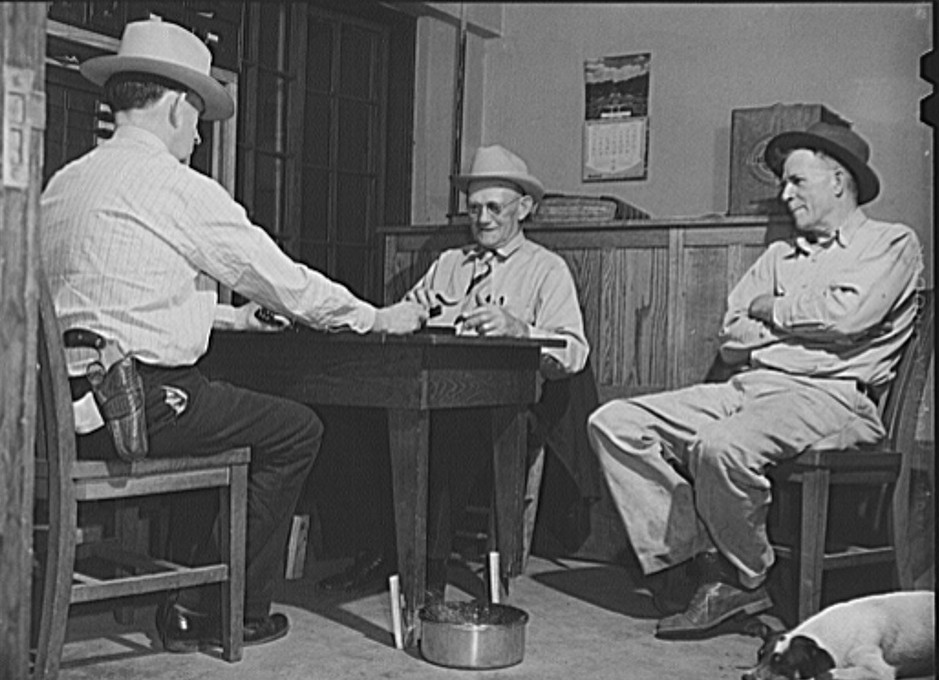 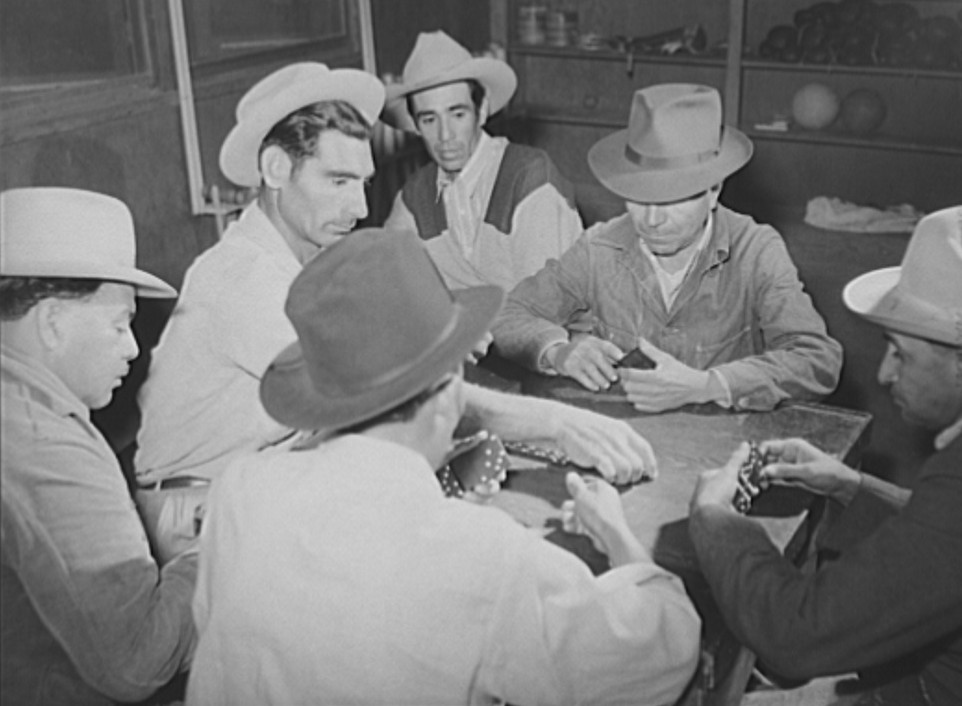 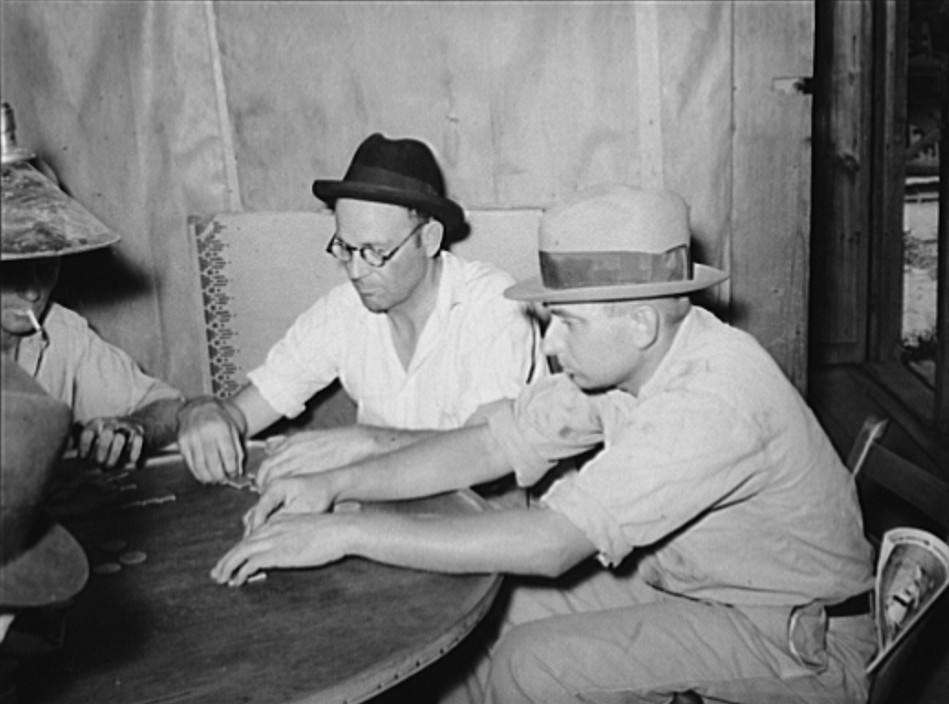 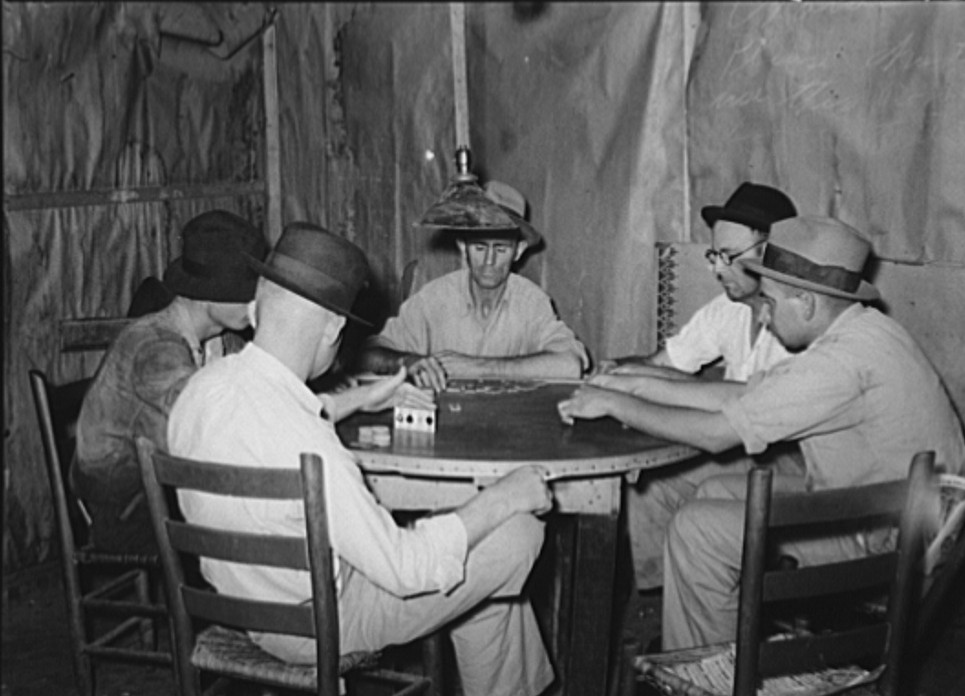 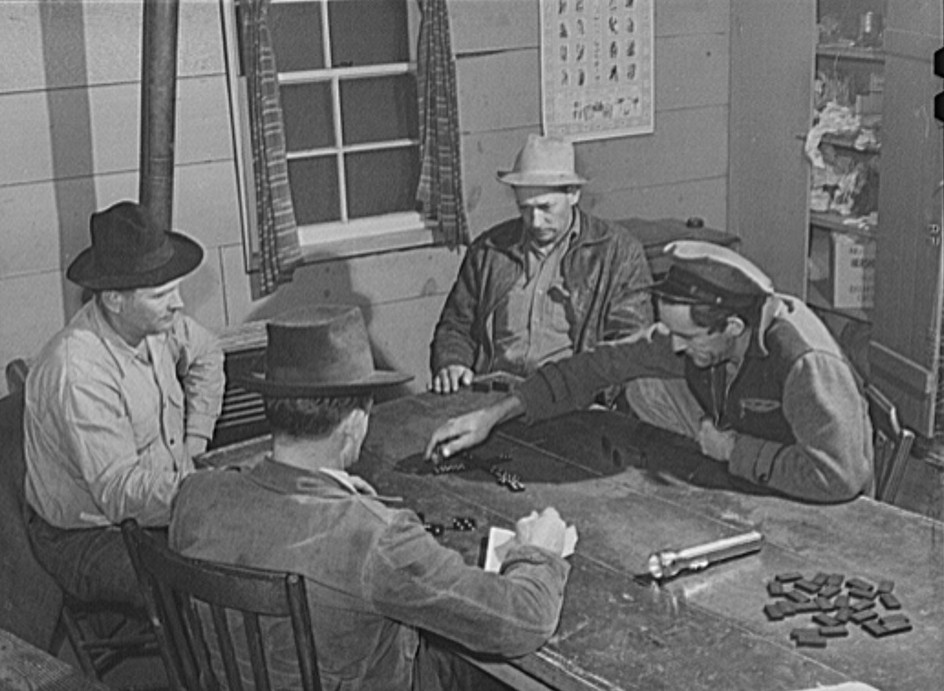 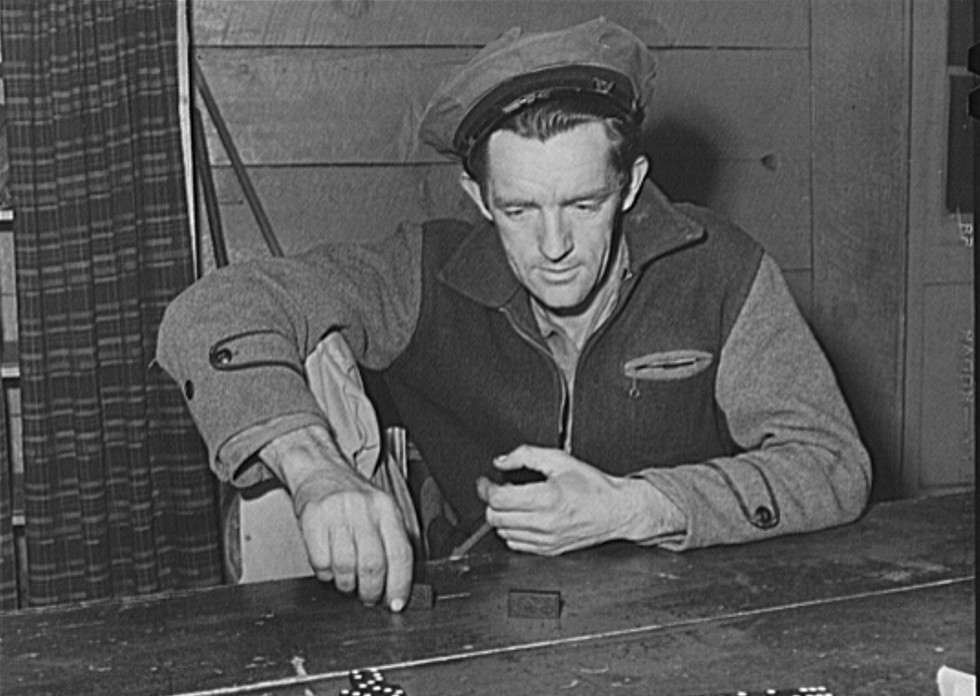 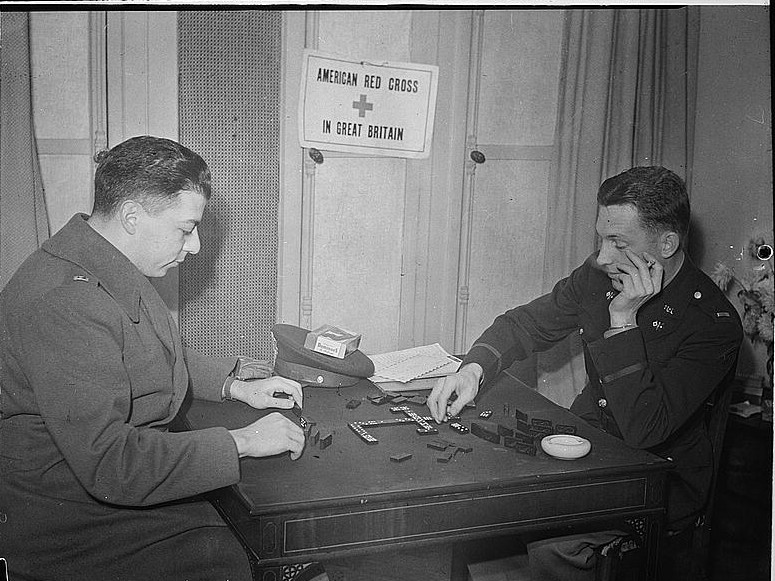 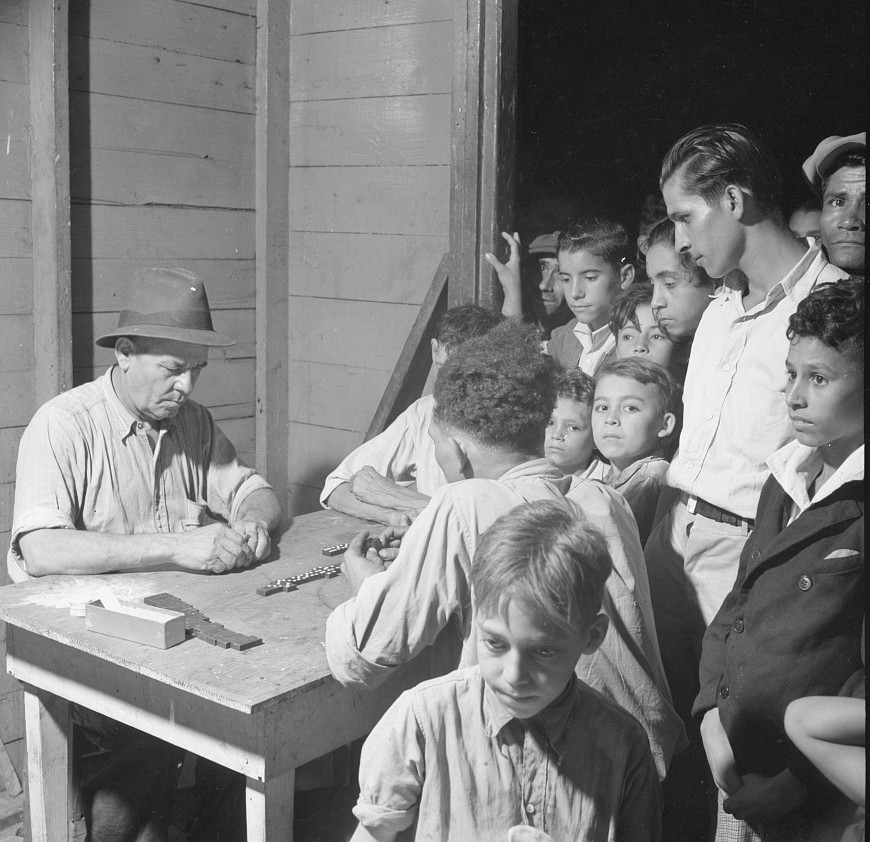 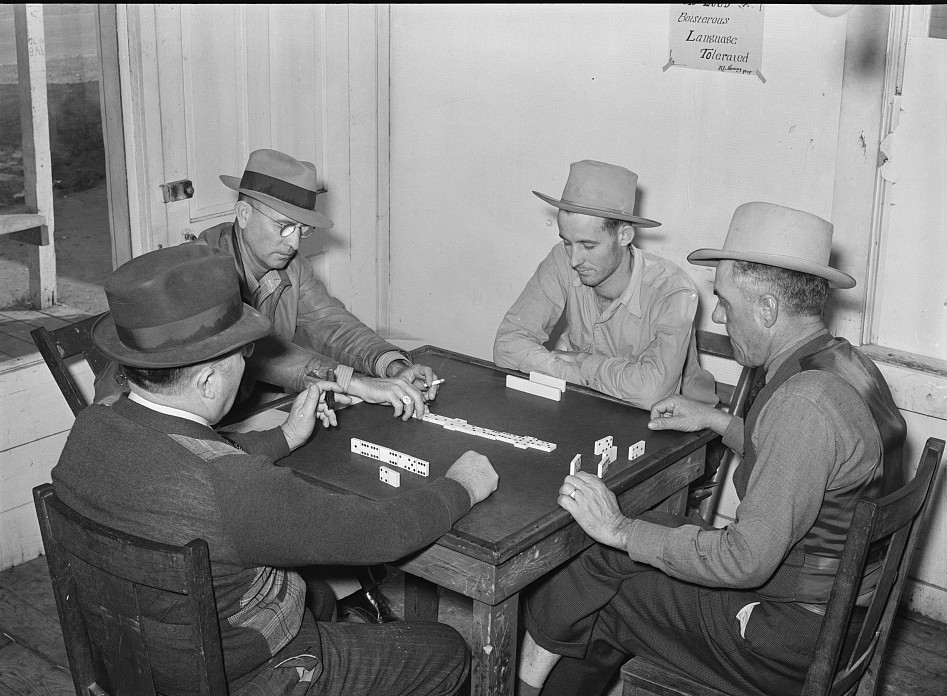 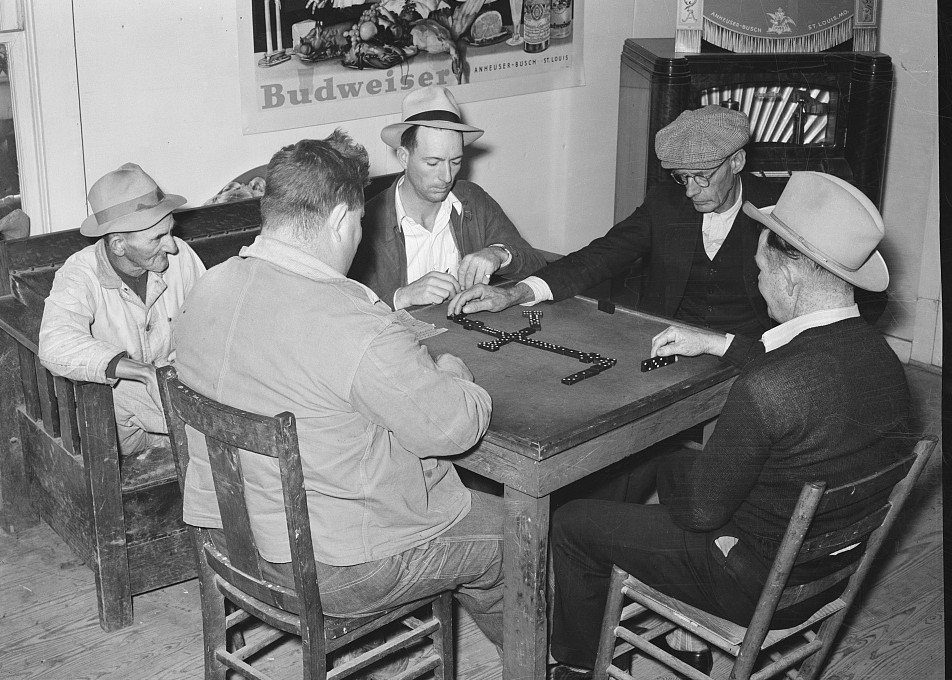 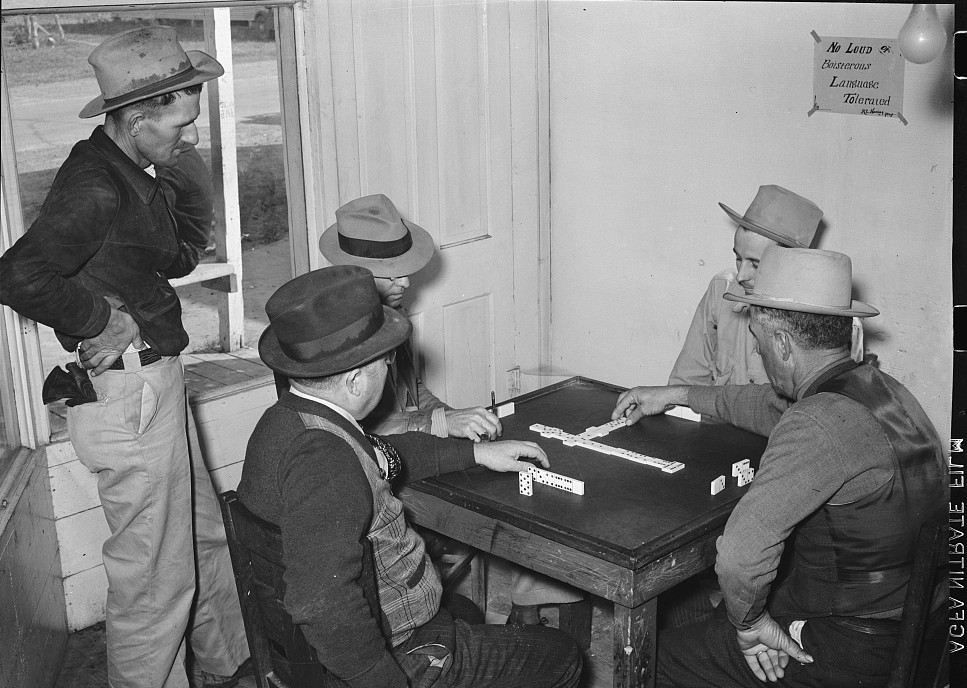 Dallas, Texas. Press operators on the Dallas Morning News playing dominos while waiting for the forms to come down from the composing room John Vachon April 1943 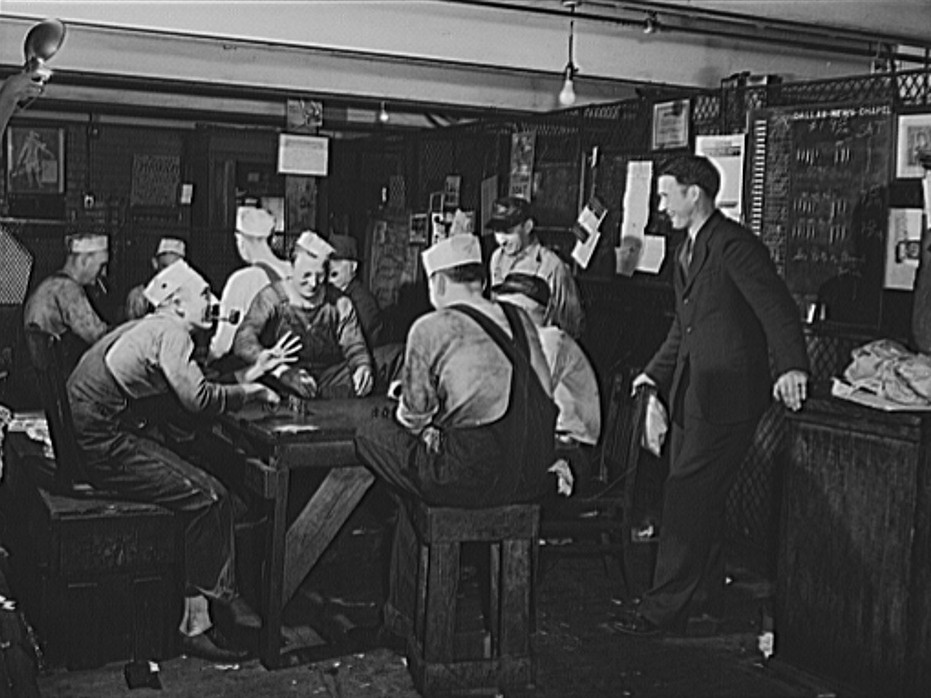 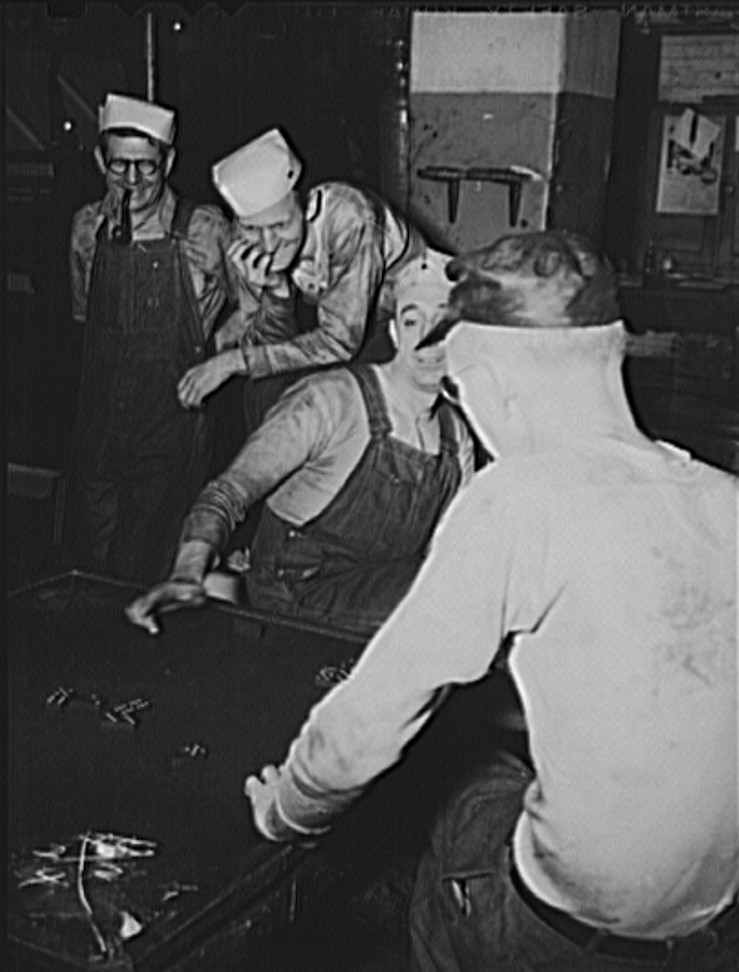