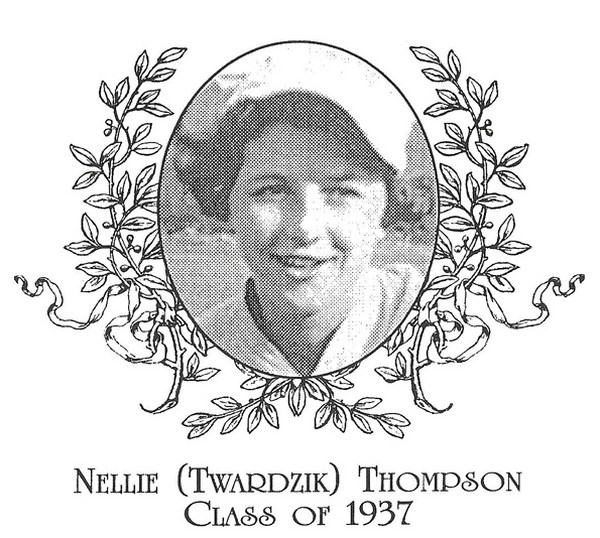 Webster, Massachusetts seems to be rather forward thinking for the time in allowing a girl to play on a boys’ high school baseball team. And what is amazing is that she was the STAR player. The story about Nellie Twardzik made it all the way to a deep south newspaper, The Tuscaloosa News in Alabama in 1936. But it seems that in March the high school coach had some misgivings about allowing her to play. She ultimately prevailed because she was such a good player.  Twardzik is listed in the National Baseball Hall of Fame Library in Cooperstown, New York.

A baseball park, Pine Street Park, was dedicated to the local baseball legend Nellie Twardzik Thompson by selectmen in January 2013 because the lifelong resident broke the glass ceiling in high school sports. Twardzik is listed in the National Baseball Hall of Fame Library in Cooperstown, New York.1 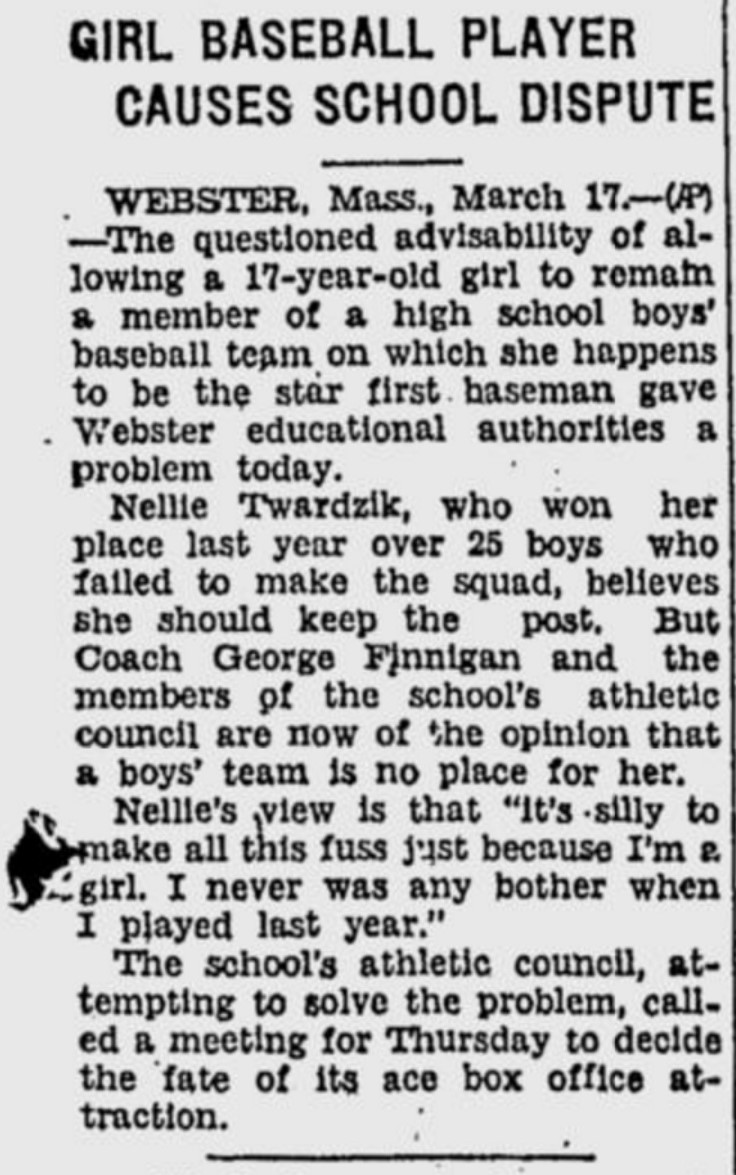