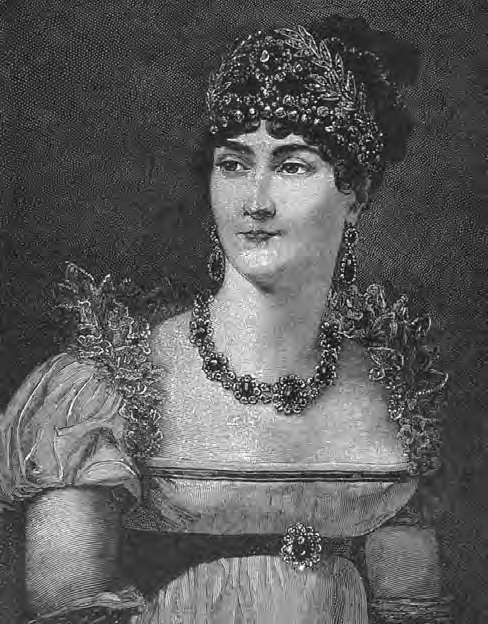 Can you guess her name?

Born in a fishing village in the West Indies, she lived in bare, dingy rooms over a sugar refinery. She was not good looking and she had bad teeth and two half-grown children, and was deep in debt and one step above the sheriff when she first met one of the most famous men in all history. Her one asset was that she knew how to handle men and her interest was in one man. He wasn’t famous yet, and didn’t have any money. He only recently returned from the war and had a shaved head when she met him. Friends introduced them after they convinced her that he was sure to make a name for himself. 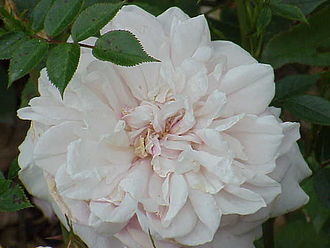 Can you guess her name? It was Marie Joseph Rose ‘Tasher La Pagerie’. Her friends just called her Josephine.

When the French Revolutionists cut off the head of her first husband, Josephine was without a means of support, and she began looking about for another husband. Friends told her that a certain young man was sure to make a name for himself so she wanted to meet him so she sent her young twelve-year old son, to ask the man if he might have the sword of her first husband, the boy’s dead father.

The appeal of the boy, won Napoleon’s heart and he agreed to give him the sword. The next day, Josephine dressed in her best and set out to thank him. She tearfully thanked him for his kindness and Napoleon was very impressed by her personality and charm. She invited him to her house for tea and he was flattered since she was above him socially. When he came to the tea, she told him he would be one of the greatest generals in history. Three months later, they were engaged.

Napoleon was passionate for being on time. His he often said, “I may lose battles, but no one will ever see me lose minute, but he was two hours late for his wedding.” The Justice of the peace waiting to marry them, fell asleep before Napoleon arrived while Josephine was left waiting at the altar.

Joséphine kneels before Napoléon during his coronation at Notre Dame. Detail from the oil painting (1806-7) by Davidand Rouget 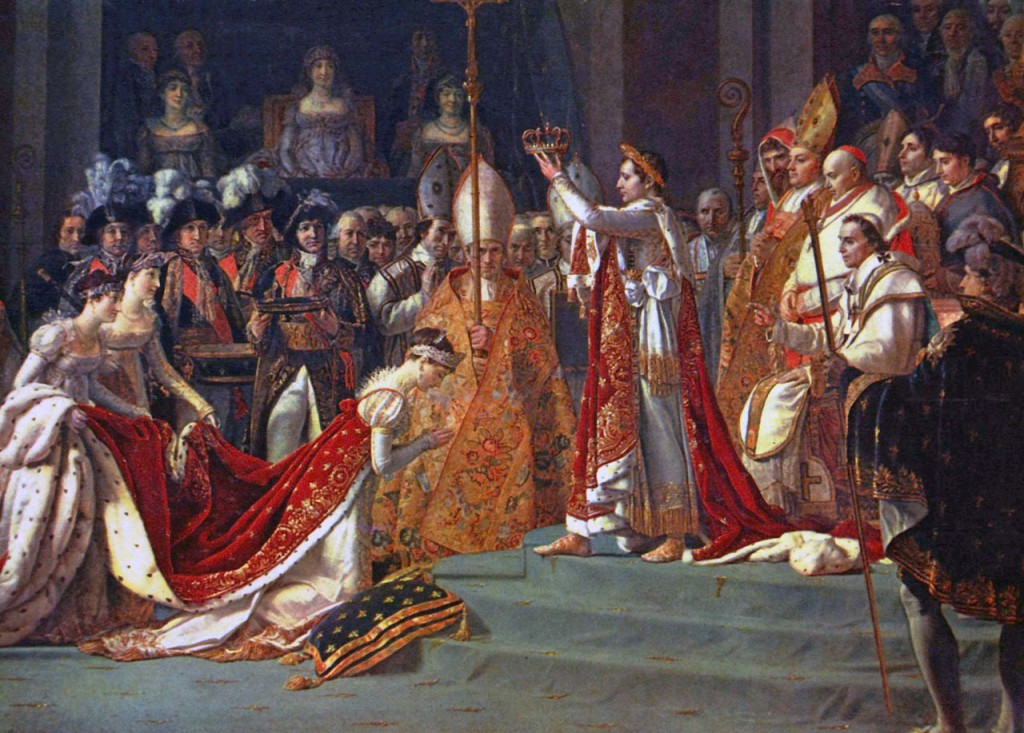 Only forty-eight hours after his marriage, Napoleon set out to wage war with Italy. He wrote passionate, loving letters to Josephine from the battlefield every day. However, Josephine didn’t seem to care for them. With him gone, she flirted with another man, and didn’t bother to respond to his letters. In retaliation to her indifference, he invited beautiful blonde lady to have tea with him. Josephine heard about his transgression and when he returned to France, they had such a severe argument that he ended up locking Josephine out of his room.

Portrait of Josephine later in life by Andrea Appiani 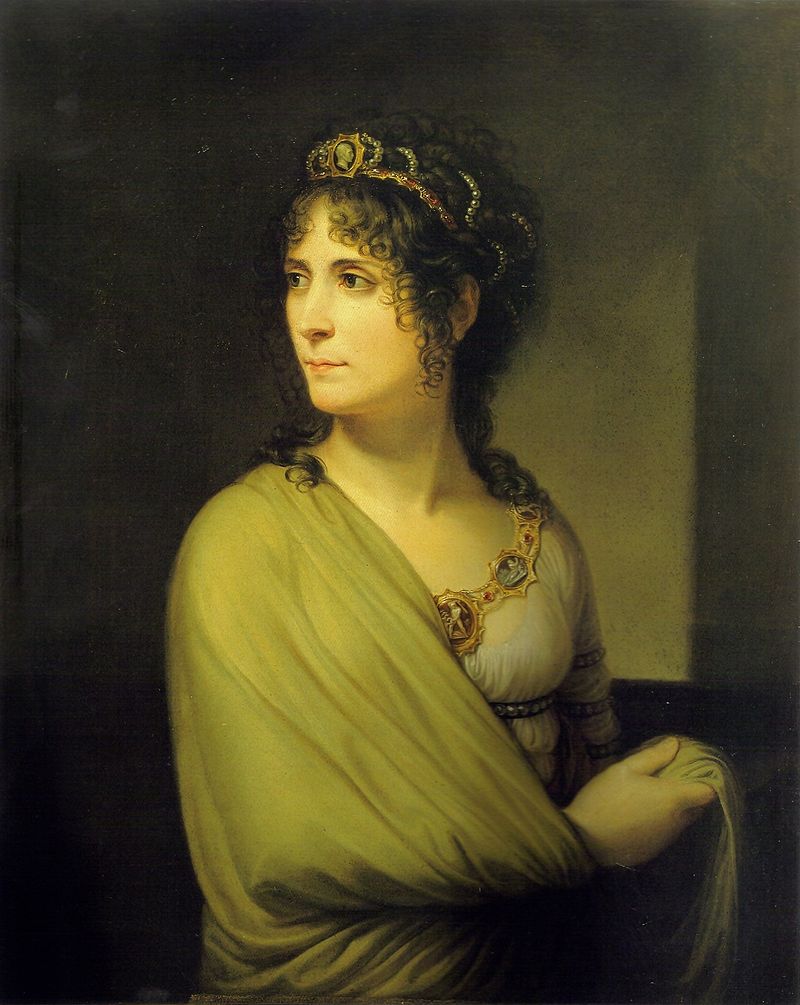 Napoleon’s sisters were jealous and envious of Josephine and made fun of her, calling her the “old woman” and told Napoleon he should divorce her and marry a younger woman. Still, Napoleon remained deeply in love with his wife, but he finally relented and divorced her to marry a younger woman because he wanted a son and heir. He wept as he signed the divorce papers, and sat for three days, brooding and refusing to see anyone in the castle.

Napoleon eventually married Marie Louise, of Austria. Marie had been brought up to hate Napoleon and even prayed that she wouldn’t have to marry him. However, her father insisted for political reasons, so she married him without seeing him first. When he began to lose battles, she deserted him and taught their son to hate him.

Divorce letter from Joséphine to Napoléon, 1809 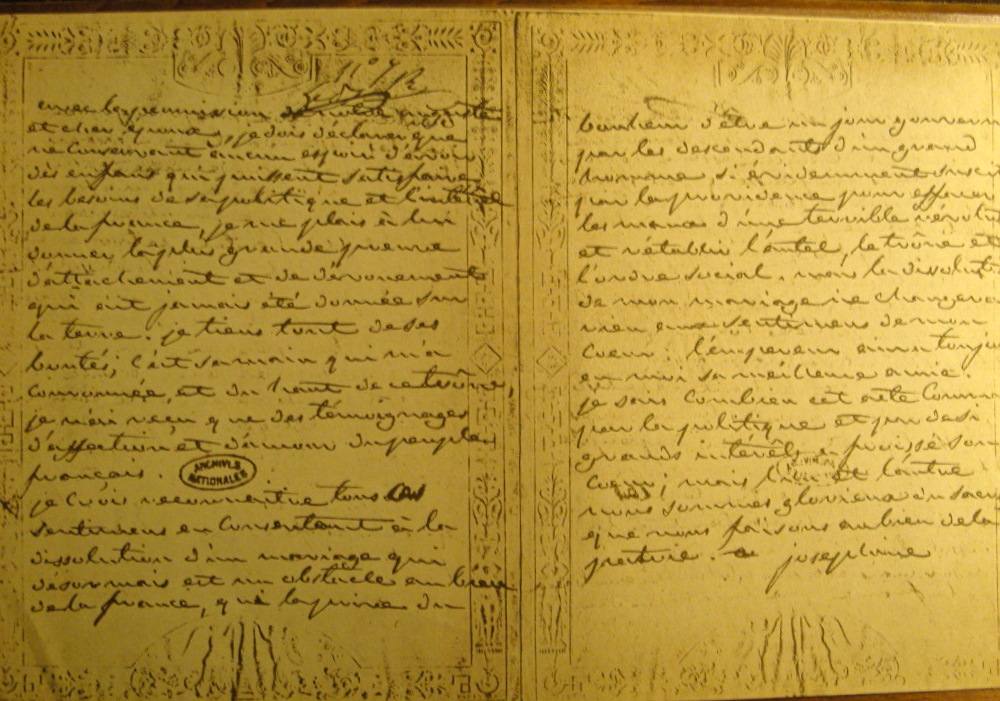 After Josephine died of pneumonia, Napoleon continued to visit her grave and said, “My darling, Josephine, at least she would never have deserted me.” The last word that Napoleon ever spoke was the word, “Josephine.”

Josephine left her own personal legacy. She produced the first written history of the cultivation of roses, and is believed to have hosted the first rose exhibition, in 1810. Modern hybridization of roses through artificial, controlled pollination began with Josephine’s horticulturalist Andre Dupont. Prior to this, most new rose cultivars were spontaneous mutations or accidental, bee-induced hybrids, and appeared rarely.

Check out all books by Alabama Author Donna R. Causey

Or Read all three books in the series in one book — TAPESTRY OF LOVE!