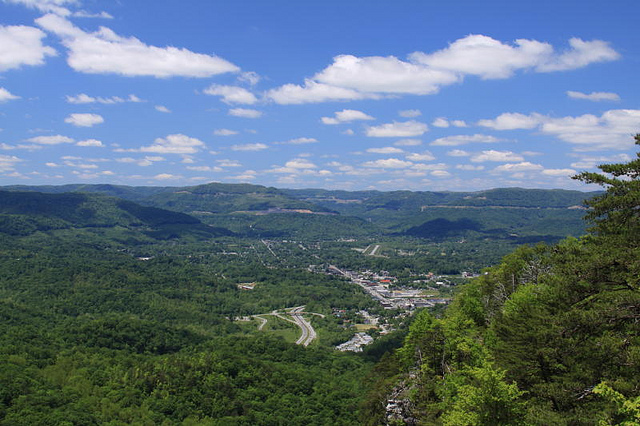 Middlesboro, Bell County, Kentucky is located one mile west of the Cumberland Gap. The city was incorporated in 1890 as “Middlesborough”, named after the town of Middlesbrough on the south bank of the River Tees in what was then the North Riding of Yorkshire, now known as North Yorkshire England. The U.S. Post Office began using the spelling “Middlesboro” in 1894 and both spellings are still used. 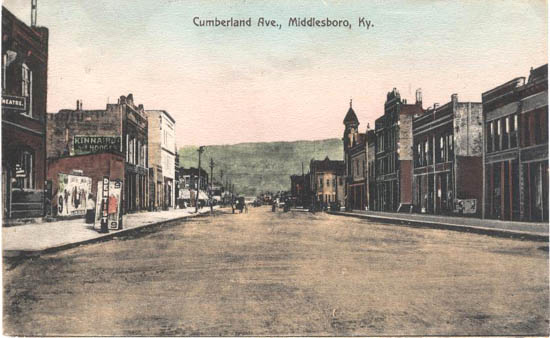 Middlesboro has the unique distinction of being the only U.S. City built inside a meteorite crater which is 3.6 miles across. 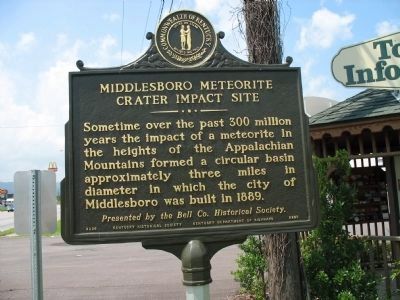 The city is home to the oldest, continuously played golf course in the eastern United States, the Middlesboro County Club.

“From the beginnings as a”boom” town, to the near collapse of the new city after the tumultuous founding era, the descendants of the early pioneers and settlers are facing the challenges of today’s world with the same spirit as the original citizens of the town.”

Taking an interest in the iron deposits around the Cumberland Gap around 1886, Alexander Arthur was able to convince some of the wealthy scions of Gilded-Age Asheville, North Carolina, to talk to their families about funding a “Pittsburgh of the South”, but sufficient financing was not forthcoming. He then traveled to England, where he was able to find interested backers for his “Magic City” of 250,000 residents enjoying running water, electricity, a large sporting commons, and electric trams in the middle of Appalachia.

Arthur’s project failed by 1893. The Cumberland Gap turned out to be too steep for locomotives and, in order to connect Middlesboro to the Tennessee line, an expensive tunnel needed to be constructed from 1888–1889.

Middlesboro installed the first electric street cars west of Washington, D.C., to help locals and tourists visiting the city which became known as “Little Las Vegas” in the 1930s. By this time, Middlesboro was full of slot machines, saloons, and brothels. During this period, shootouts in the streets were part of daily life. The town, under rule of the infamous Ball brothers, was featured in newspapers across the country as one of the deadliest, wildest cities in the United States.

By the 1950s, Middlesboro had a population of roughly 15,000 residents. Their strong support for the arts led to the city being called “the Athens of the Mountains”. It was one of the few cities in the Eastern Coal Fields to boast a grand opera house and it hosted one of the finest school districts in the state.

The first shopping mall was built in the city during the 1960s. A grand centennial celebration was held in 1990 that included a ball, air show, and beauty pageant, as well as the dedication of a new city park. The Cumberland Gap Tunnel was opened in 1996. 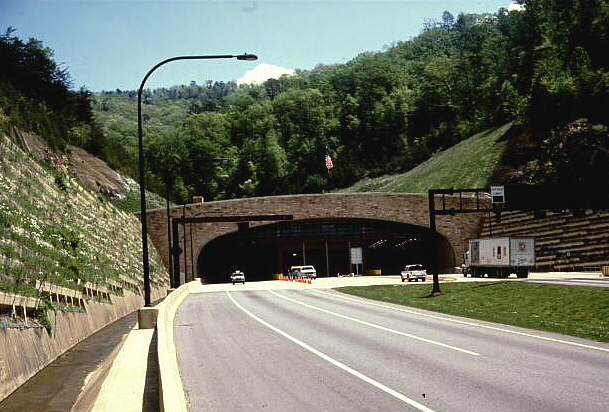 In June 2011 a severe flash flood damaged many homes and businesses in Middlesboro. Following a rainfall of 8.5″ in 48 hours, the waterways could not cope. Two area residents perished in the flood, and dozens were left homeless. The downtown area was one of the hardest hit areas in the city. At one point during the rain event, enough water was present throughout the entire downtown area that vehicles were completely submerged. 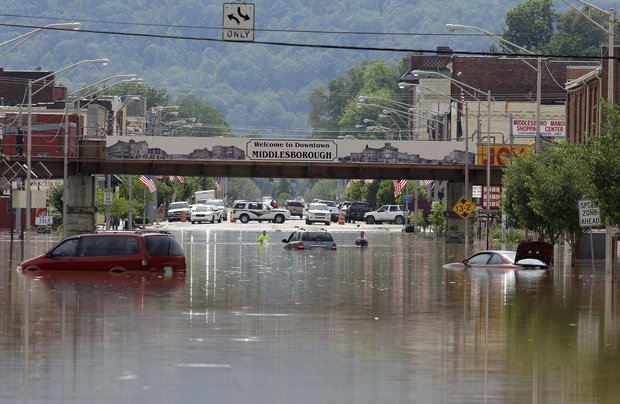 For many hours after the flood, travel in and around the city was very difficult due to large amounts of standing water in the basin that Middlesboro is built in. A few days afterwards, Gov. Steve Beshear toured the area and formally declared it a disaster, permitting state funds to be used in rebuilding.