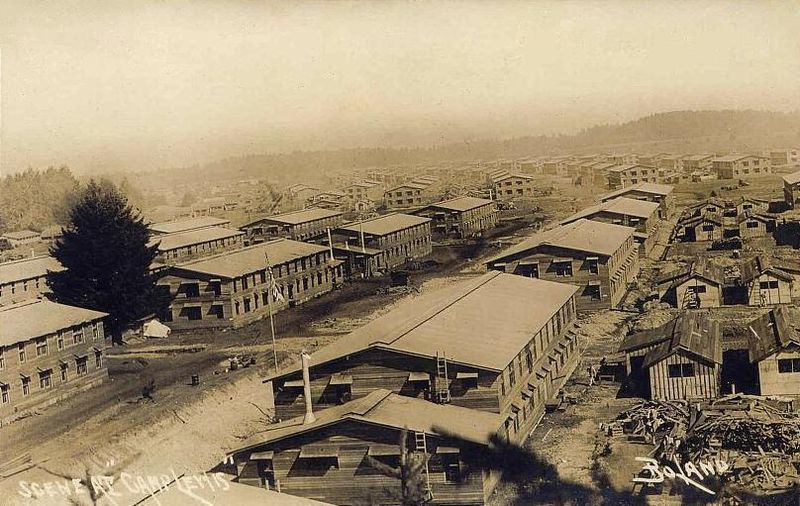 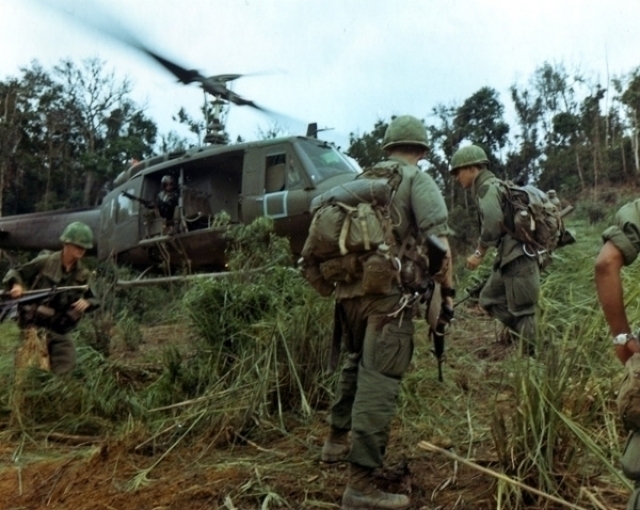 I left my young wife and year old daughter in the states after a harried move from Germany and a quick wedding ceremony of a pair of college friends and processed through Ft Lewis Washington.  I arrived in RVN in time for our personnel replacement center to react to rockets’ red glare.  There we were all five of us officers in a “bunker” made of a steel culvert covered with a single layer of sandbags.  We saw men walking toward the defensive inner perimeter.  Then in the glare of the fires we saw them walking back to the arms room to return with weapons visible.  Shortly after, we saw some of the clerks walking back to the arms room returning carrying ammo boxes.  This was what was between us and the Viet Cong attacking the base.  We took inventory of our weapons: two pocket knives and three P38 can openers.

Our plane was cancelled that night so we spent another day in Cam Ranh Bay.  That night we loaded on the floor of a C130 and held on to straps.  So much for safety  restraints.  But the USAF considered us “cargo” anyway.  By daylight, we finally approached my stop in Pleiku Air Field.  We experienced a “max performance landing” which felt like the first drop on a supper roller coaster followed by a “stand on the brakes with full reverse thrust” stop.  The other guy and I were dropped off and the plane left.  No one was around because the USAF did not come to work before the Army cleared the roads and they had gotten mortars that night. Welcome to Viet Nam, Tony.

My assignment with the 4th Inf Div was not one of exciting close combat with the Communist forces supported by Moscow and Hanoi.  It was a rather dull assignment focused on ensuring our infantry guys had the equipment they needed to survive and complete their mission.  Later, I got the “funest” job I ever had in the Army.  I was a “legalized parts thief” with the depot in Quy Nhon.  I was to move stuff forward.  I had a few soldiers helping me do just that.  One of them performed a heroic action when a convoy was attacked and the tail end abandoned.  He flagged down passing aircraft to get the wounded evacuated to a hospital and even commandeered a colonel’s jeep to evac the less serious wounded.  He then took his loaded truck on to the unit needing the supplies he carried.  His company commander had branded him a dirt bag and refused to award him a medal.

The hardest job I had was the year I came back.  I was assigned to Reserve Advisor in Cleveland Ohio with additional duty of Survivor Assistance Officer.  There are a dozen names on The Wall who’s Next Of Kin received a Knock on the Door from me.  Another half dozen received a flag as a “token from a grateful nation”.  When I told my commander that I thought something was wrong with me because I wasn’t getting used to the task.  He told me that if I ever did, he would pull me off the roster.  A year later, the Army decided it had too many captains and dumped most of my year group and several year groups after mine.  The same thing happened in 1991 and is happening now.

My little girl was terrified of airplane flying overhead.  We realized that she associated that sound with her daddy leaving and her mommy being sad.  Only when we “reasoned” with her that “that airplane is bringing some other little girl’s daddy home just as one did for your daddy” did she cope with the fear she had experienced for several years.

During my “tour of duty” I became known as the guy with the BS Flag.  I could spot an idiotic program and identify its fallacies better than anyone around.  I noticed a plan to fix the deadline problems as one I had fought on my Germany tour, and won.  Then later, I identified a fake reporting system that purported to inform the Theater Commander of what was broken in the entire theater as of that morning when really the information was four days old.

I met some good men and some stinkers.  I was blessed by Papa June, a Korean War Retread.   He blessed me with a special protection which lived with me through my tours of RVN and AFG.  He also blessed my daughter who was mobilized for Desert Storm.  We kept in touch through his life and his niece that had to go through his “stuff” at the nursing home where he died was surprised to see our letters to him and wanted to know about our relationship.  All my children know of Papa June and retain his memory.

My son, the youngest of four offspring, has seen his father try to cope with returning from combat zone and his sister as well.  He has decided to become a military clinical psychologist specializing in PTSD.  He wants to help soldiers get all the way back home.  We know of several OIF and Afghan vets who are having difficulty with multiple deployments or of events no one wishes to help them cope with.

I still sit with my back to the wall or at least facing the entrance.  Sudden loud noises cause me to flinch.  I still catch myself “scanning” a gathering.  I have talked with other vets and with professionals who assure me that such behavior is “normal” for someone who has had to rely on that behavior to stay alive.  Almost all of us have returned to become productive citizens.  The news reports on the few that become suicidal or homeless or mass murderers.

One day, when I was sitting at a bar minding my own self, a man walked up to me and declared “You were  in Viet Nam, weren’t you.”  I check the bar mirror to see if that was tattooed on my forehead and check my underarms to see if the stink was still there.  He said that he was a personnel director of a major corporation and has found that we made excellent employees and sought us out for first line supervisors.  He noticed that we did not get excited over small stuff and let “stuff” roll off.  We looked out for our people to the detriment of our careers, even.   He told me that he had not dodged the draft, just that his number never came up.  Then as he was about to leave he asked me “Did I miss something?”  I let the question fall but after he left, I realized that he did miss a very formative experience that few get and none forget.

Thus, I look forward to my pending transition from serving this country in the Department of Defense since I first raised my hand in September 1963.  Twenty Eight years of commissioned service, thirty eight years of civilian service, several overseas deployments (three to combat zones) and my teenage bride I married in college still wants me around.  Go figure.