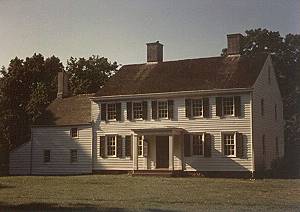 Only a few rods north of the point where the road from Somerville to Raritan, New Jersey crosses the tracks of the Central Railroad is a large and peaceful-looking frame dwelling. It was erected in the spring of 1778, by William Wallace, a gentleman of fortune, and was in its day considered almost palatial for that section of the country. 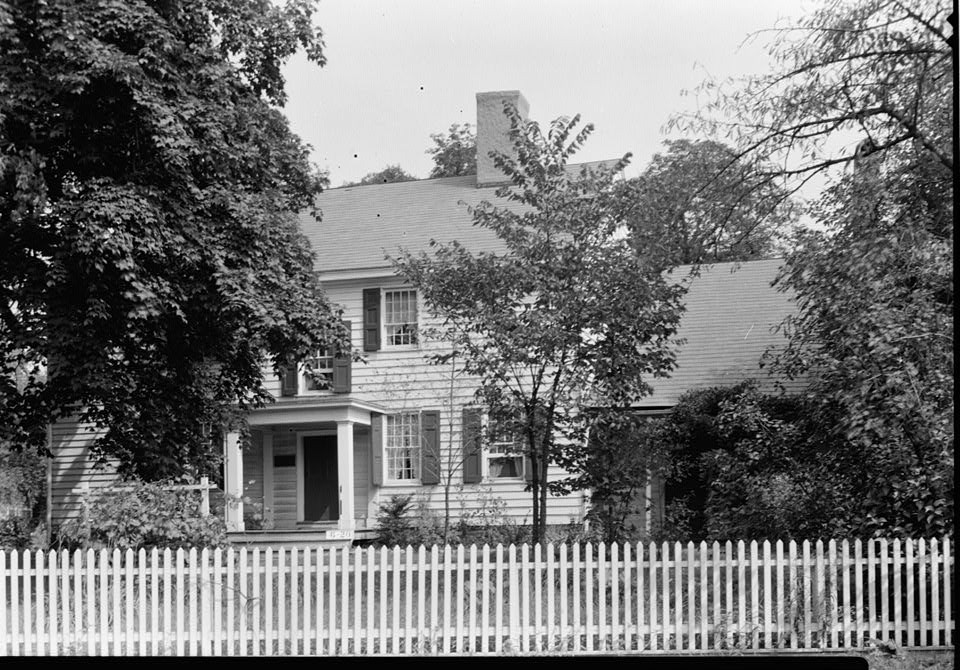 In the following memorable winter and spring it was selected by General Washington as a head-quarters for himself and family. Undoubtedly it was fortunate for his country that Washington came there that winter of 1778, and did not heed the urgent advice of friends to give up active service in the Jerseys for the comforts of Philadelphia. A brilliant move in the chess game of the Revolution would most likely have been spoiled had he chosen otherwise. 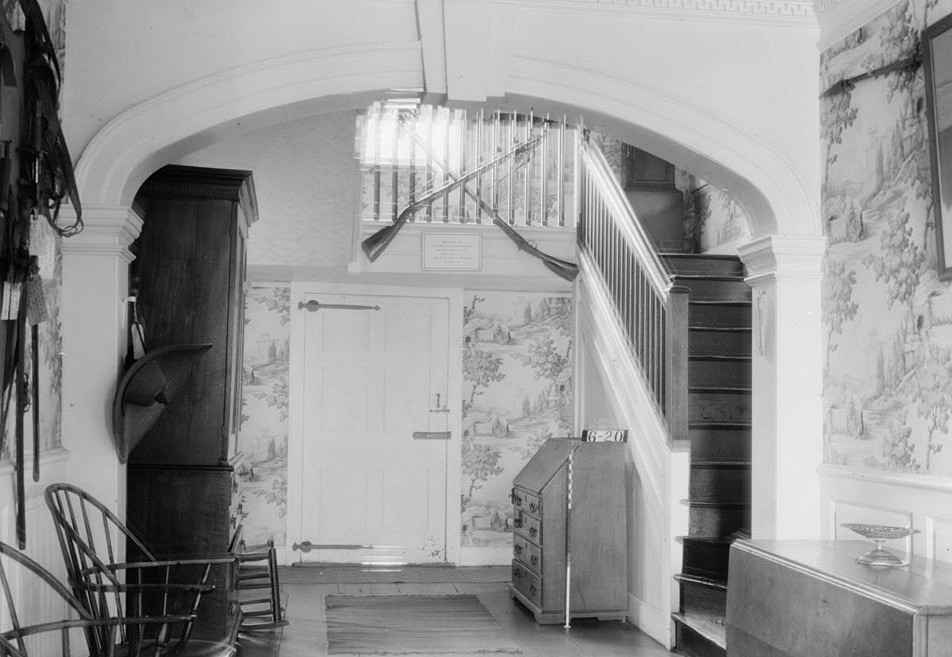 In an unpublished letter, written by General Greene to Major More Furman, dated Bound Brook, December 2, 1778, we obtain a glimpse of the inner workings of the army and the great chief’s coming. He says:

“I am sorry to find our prospect of forage is very indifferent; however, we must do the best we can. A supply must be had by one means or other. If we are obliged to draw forage at a greater distance we must, and use the more industry. I believe we shall put directly in back of Bound Brook, below the mountain. I am only waiting for His Excellency’s approbation, who is expected at this place to-morrow.”

His excellency arrived and did approve, and shortly afterwards his ” lady” joined him at the Wallace House. She, too, must have been pleased with the things more in her own sphere,—the comfort of the house then nearing completion, its large rooms and pleasant furnishings. 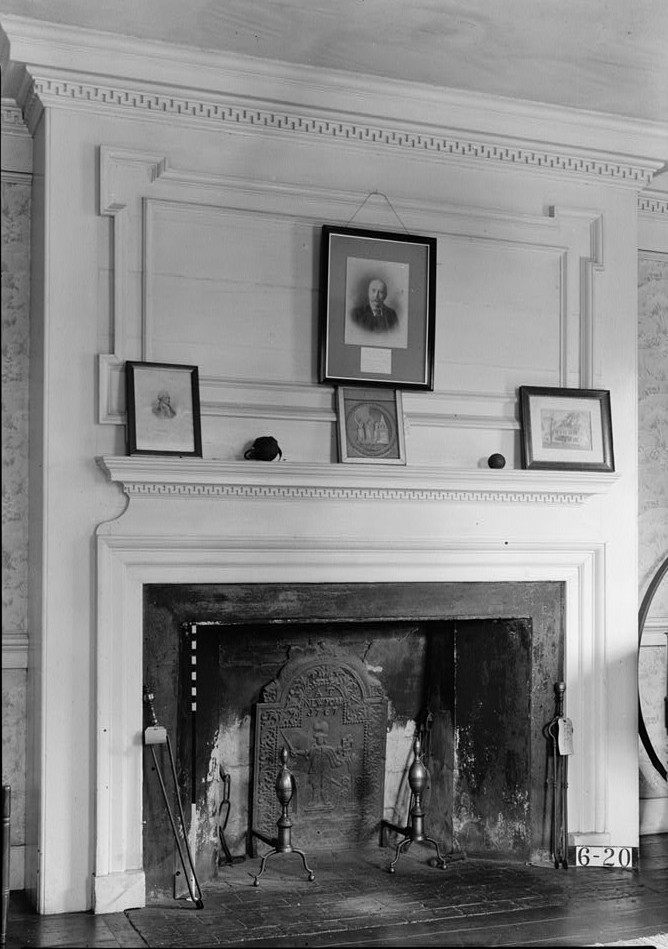 Later we read of the General obtaining from New Brunswick a table-service of queensware, that frail and aristocratic product of Wedgewood’s skill, and six silver candlesticks.

The old set of Wedgewood, found through the help of Lady Stirling, would tell us many interesting tales if it were in existence and could speak. We would hear of General and Mrs. Knox and their friendly squabbles, —for both were very fleshy, and tradition says Mrs. Knox always wanted to be thought smaller than her jolly husband; of the then “brave” Benedict Arnold, who ate from them, dreaming of the beautiful face of his fiancee, Miss Shippen, at her father’s great house in Philadelphia; of gray-eyed Mrs. Greene, who must have often neglected her viands, served on them, in her efforts to rival young Alexander Hamilton at brilliant repartee, and many others in a list too long to enumerate. 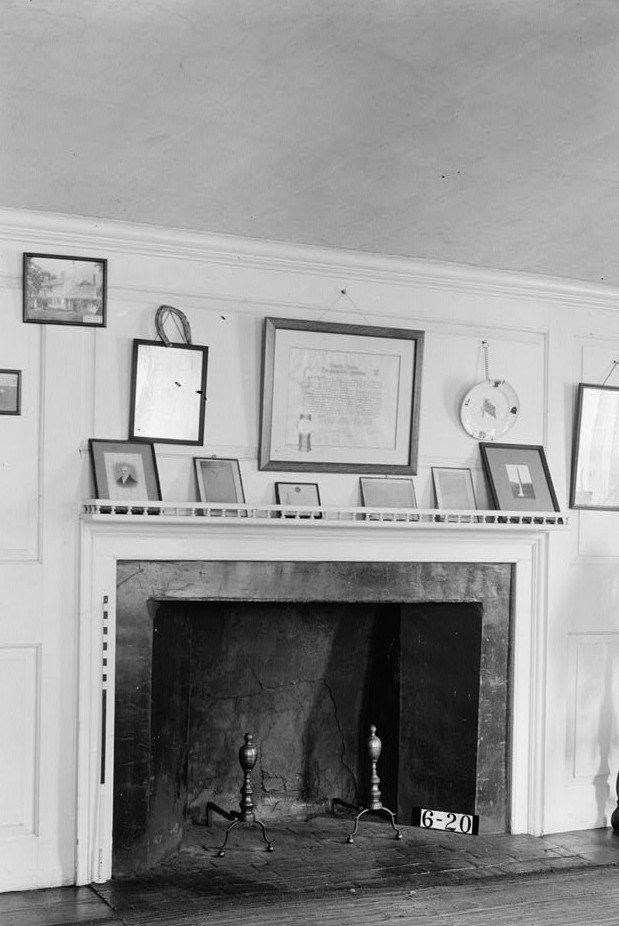 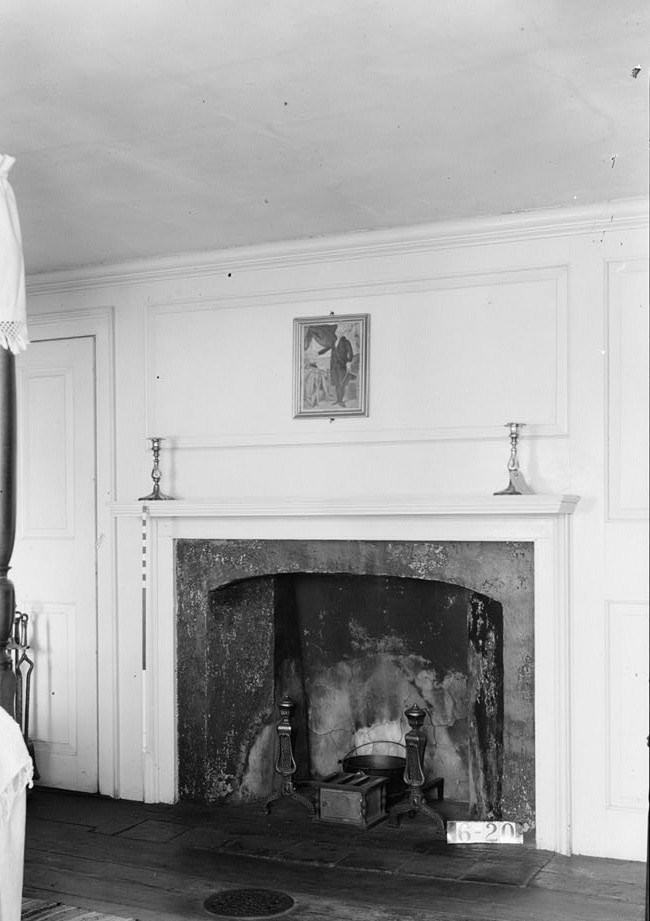 What a delight the winding Wallace staircase, overlooking the wide hall, was to flirting couples! We can imagine the cherubic Miss Ricketts, a friend of General Livingston’s daughter, ogling over its thin balustrade in true Juliet fashion at brave Captain Lilly, who was Mrs. Knox’s pet Beau Brummel, and that “lovely little hussy,” Miss Sallie Winslow, of Boston, one of the young ladies she had in charge, frolicking about the rooms in a wild manner, disturbing the placid Mrs. Washington and many of the company.

Perhaps the most interesting and notable social event occurring during the time Washington occupied the Wallace House as his head-quarters was the celebration in honor of the anniversary of the French alliance. It was given at Pluckamin, by the officers of the army, under direction of General Knox. That pompous and always seemingly satisfied gentleman wrote to his brother, ten days after it was over:

“We had at the Park on the eighteenth a most genteel entertainment, given by self and officers. Everybody allows it to be the first of the kind ever exhibited in this State at least. We had about seventy ladies, all of the first, too, in the State. We danced all night; between three and four hundred gentlemen; an elegant room. The illuminating fireworks, etc., were more than pretty.”

The fete should really have occurred on the sixth of the month, but was delayed until the eighteenth by Washington’s absence in Philadelphia. It was attended by all the army officers in that part of the country, the Jersey gentry, and many prominent persons from other States, who dared the dangers of travelling in that period.

A large temple or pavilion was erected, supported by thirteen adorned arches, to represent the thirteen States. In front of it in the evening, and before the dancing commenced, Colonel Stevens showed his original talent for entertaining by giving exhibitions of fireworks.

General Washington arrived at the pleasure-ground early in the afternoon. He was soon followed by the ladies of the Wallace House, a body comprising some of the finest of that “circle of brilliants,” the least of which, according to an old-time society reporter from the Pennsylvania Packet, was more valuable than the stone the king of Portugal secured for his Brazilian possessions. 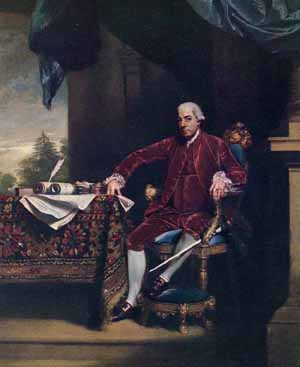 First came Mrs. Washington, in a coach drawn by four horses, accompanied by the fabulously rich Henry Laurens, of South Carolina, the former president of Congress. Then several coaches bearing bevies of lovliness in the persons of the governor’s daughters, several young ladies from Virginia visiting Mrs. Washington, the wives of prominent officers, and presumably Lady Stirling, with her charming daughter Kitty, the latter in delightful anticipation of the coming meeting with her handsome and distinguished lover, William Duer, ex-member of Congress from New York. After all the guests had arrived, the celebration was inaugurated by the discharge of thirteen cannon.

Then followed a sumptuous dinner, after which fireworks were displayed, and the company repaired to the military academy, where, to the music of a large number of fiddlers, they danced till dawnlight. General Washington opened the ball with Mrs. Knox, and a very imposing couple they must have made.

Back of William Wallace house 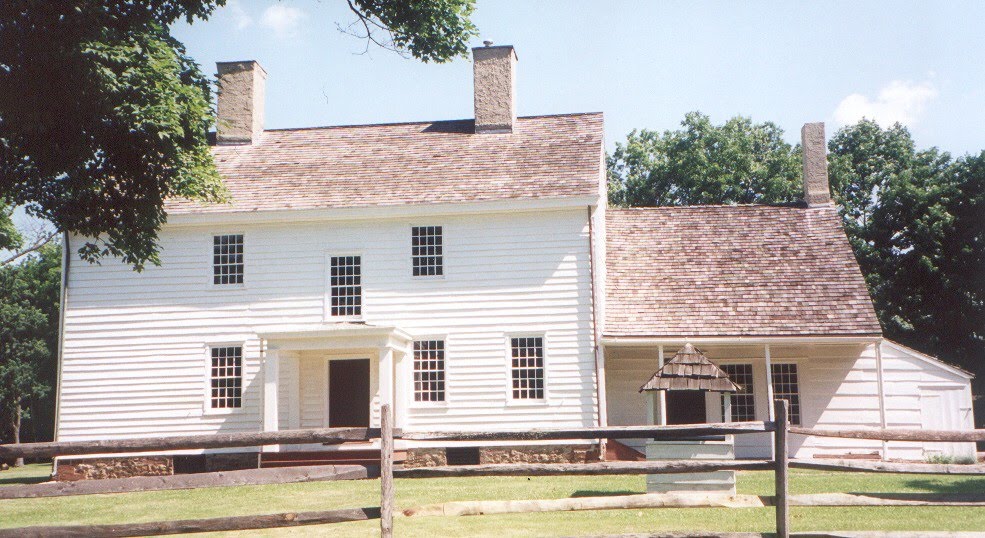 The same reporter, who compared the lovely ladies of the Washington circle to “a circle of brilliants,” gives us a glimpse of how the belles and gallants acted in the ball-room in one of those very real descriptions which sometimes flash forth upon the antiquary from dry columns of old newspapers and equally dry chronicles in old letters. He says:

“As it is too late in the day for me to follow the windings of a fiddle, I contented myself with the conversation of some one or other of the ladies during the interval of dancing. I was particularly amused with the lively sallies of a Miss.

Asking her if the roaring of the British lion, in his late speech, did not interrupt the spirit of the dance, ‘Not at all,’ said she; ‘it rather enlivens, for I have heard that such animals always increase their howlings when most frightened. And do you not think, you who should know more than young girls, that he was real cause of apprehension from the large armaments and honorable purpose of the Spaniards?’

‘So,’ said I, ‘you suppose that the King of Spain acts in politics as the ladies do in affairs of love, smile in a man’s face, while they are spreading out the net which is to entangle him for life.’

‘At what season,’ replied the fair, with a glance of inerrable archness, ‘do men lose the power of paying such compliments?’

‘I do not recollect that I have ever been more pleased on any occasion, or in so large a company. There could not have been less than sixty ladies. Their charms were of that kind which give a proper determination to the spirits and permanency to the affections. More than once I imagined myself in a circle of Samnites, where beauty and fidelity were made subservient to the interest of the State and reserved for such citizens as had distinguished themselves in battle.

Is it that the women of Jersey, by holding the space between two large cities, have continued exempt from the corruption of either, and preserved a purity of manners superior to both? Or have I paid too great attention to their charms and too little to those imperfections which observers tell us are the natural growth of every soil?”

If a gentleman of Pennsylvania could thus eulogize the fair women of Jersey, what must their own statesmen have thought of them? It is safe to say that many a heart was lost that gala night to those ” charms which give a proper determination to the spirits.” Many arms were linked closer after the candles burned low and the ball was over and the guests came out in the cool night air, sweet with the odor of spring-touched woods.

We must leave them there with their stately goodbys, and perhaps sly kisses behind fur-tippets for those youthful ones who sought the protecting shadows of the columns of the thirteen States, and follow the Father of his Country as he and his aids tuck some of the sleepy jewels into their coaches. Now the coachmen crack their whips, the horses start, and over the Somerset highway they fly with only the fading stars to light them to the Wallace House.

It is still standing at the turn of the road as they found it then. The quaint interior has been restored by the patriotic men and women of New Jersey, and that company of the long ago would know it if they came trooping back to-day. In the hall which echoed to the tread of so many heroes the presence of the immortal Washington still lingers, and on the old stairway one pauses to hear the laughter of the “cherubic Ricketts.”