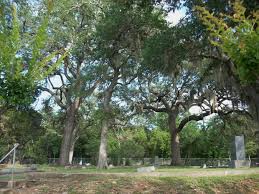 Chinaberry Trees and Other Memories

There was one old chinaberry tree in Granddaddy’s front yard when I was a child. It produced green berries in clumps about the size of a marble. 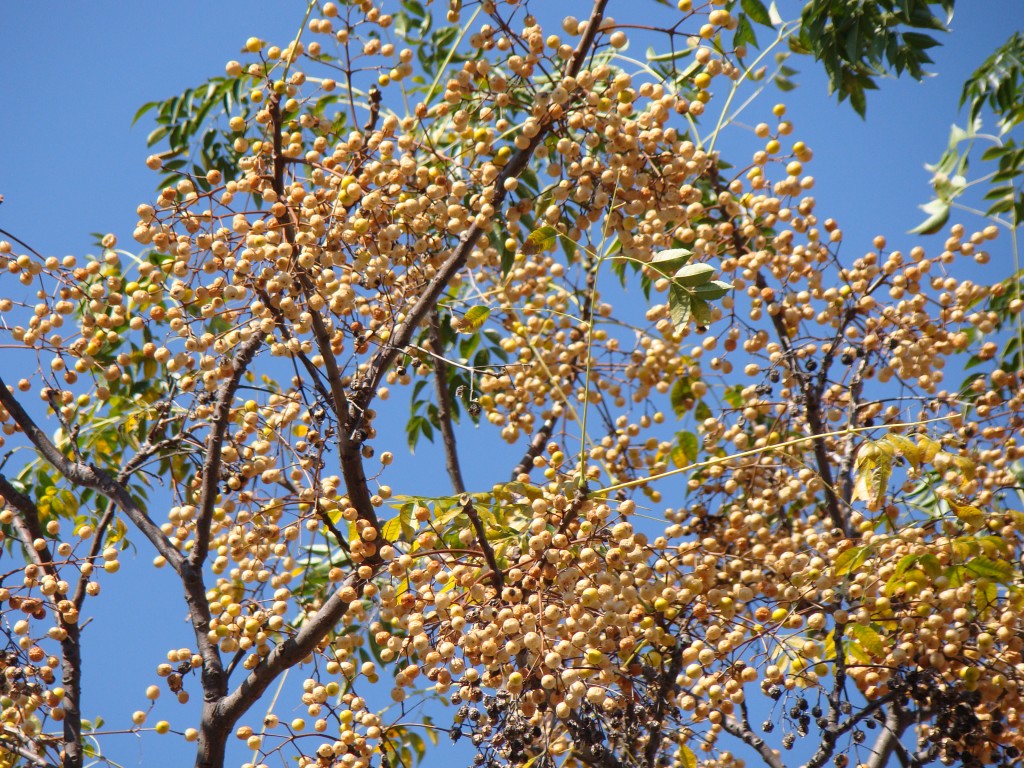 My Grandparents lived in the country about seven miles south of Tuscaloosa off of Highway 69.  My brother and I always had fun visiting the Grands where we were doted on by the uncles and aunts since we were the first grandchildren.

Granddaddy was a sharecropper. He grew cotton and corn with an arrangement with the landowner to give a percentage of the harvested crops to the owner for use of the land.

Granddaddy liked river bottomland located near the Black Warrior River.  This was rich soil and always made bumper crops until there was too much rain and the land was flooded.  I remember one day riding in the mule drawn wagon of granddaddy’s to the river bottomland only to see the corn crop flooded and ruined.

Grandmother always kept a “swept yard.” She had several broom straw brooms she made by taking broom straw form the fields and binding the stalks together with twine. In the yard no grass was allowed to grow, just dirt that she kept swept nice and smooth. This is in sharp contrast to us today trying to keep our yards green with the limited amount of rainfall we have had this year.

Grandmother’s well was located just off the back porch. It was not a very deep well since I could look over into it and see the water. The water was pulled up by means of a pulley, rope and a bucket.  As a child I always had to have help in pulling up the water bucket. Sometimes Grandmother would need to keep her fresh churned butter chilled in the hot summertime, so she would put the butter in a crockery jar and place it in the water bucket and let it down into the water to keep cool until she was ready to use it

Making sauerkraut was a routine job in the early fall. Grandmother would take the cabbage and shred it and place it in a crockery churn, alternating each layer with salt. The cabbage was weighted down with the top lid of the churn.  After a certain amount of time the brine was poured off and then you had sauerkraut. Grandmother would then put it in Mason fruit jars and seal with a Kerr lid. 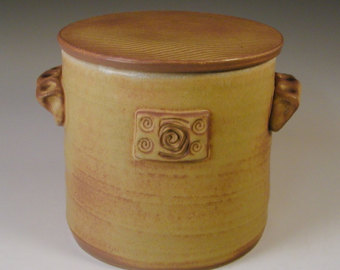 Granddaddy would always send us kids some ribbon cane from his crop.  A treat in the fall of the year was to take sugar cane cubes to school.  Mother would take a stalk of ribbon cane and cut it up in small cubes, place in wax paper for me to take to school to chew the juice out during recess.  My friends always wanted me to share! 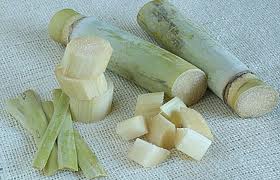 One day I was working in my yard and I realized that I had placed small rocks around some of my flowers like I had when I was a child. I didn’t want the yardman to mow the flowers down.  Summertime playhouses had many rooms outlined with small pebbles in the dirt. There were openings for doors and windows. Children participating in these playhouses had to say, “may I” to be allowed to walk though the “doors.”

Chinaberry trees are few in number now, along with other things we left behind with only good memories to claim.