At the peak of popularity, this industry employed over 100,000 people and was in almost every city in the country. Now there is little evidence that it even existed.

As cities grew, mass transit became very important for moving people longer distances within the city as seen by these photographs made by photographer Russell Lee in July 1939 in Oklahoma City, Oklahoma.

Waiting for a ride in Oklahoma City, Oklahoma July 1939 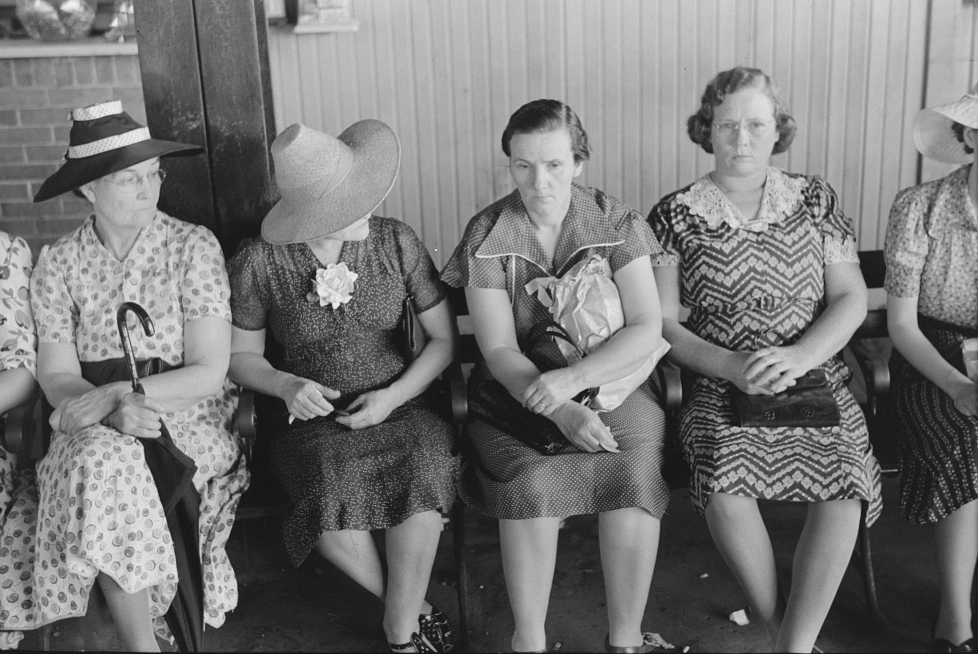 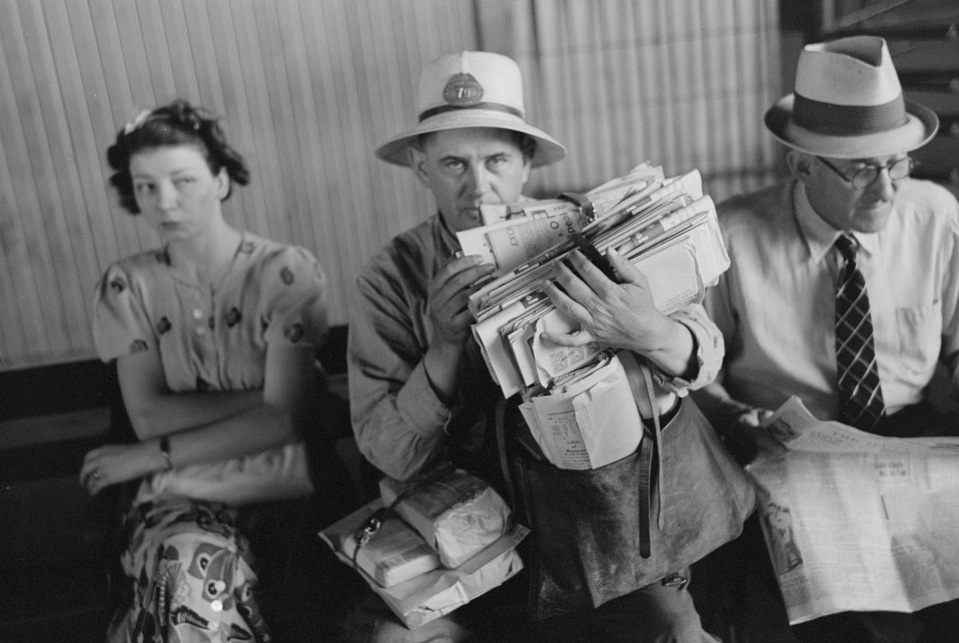 The first omnibus to operate in America began running up and down Broadway in New York City in the year 1827. It was owned by Abraham Brower, who also helped organize the first fire department in New York. 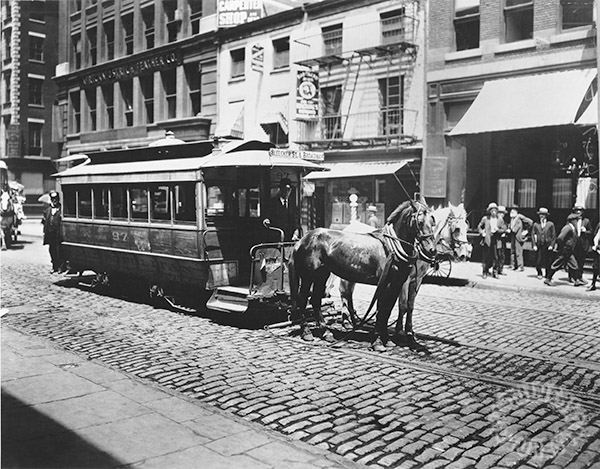 On January 17, 1871, San Franciscan Andrew Smith Hallidie patented the first cable car, ultimately sparing many horses the excruciating work of moving people over that city’s steep roadways. Using metal ropes he had patented, Hallidie devised a mechanism by which cars were drawn by an endless cable running in a slot between the rails which passed over a steam-driven shaft in the powerhouse. 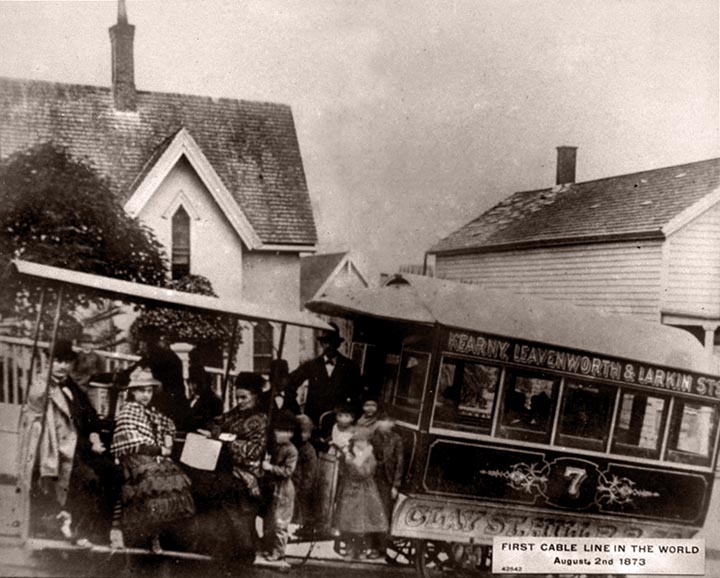 Then in 1886 Charles J. Van Depoele applied electrical power to the transportation system when he equipped nine miles of track in Montgomery, Alabama with the overhead trolley system.

On April 15, 1886, the Capital City Street Railway, also known as the Lightning Route, in Montgomery was the first city-wide system of streetcars established in the United States. The Capital City Railway operated until April 8, 1936.i 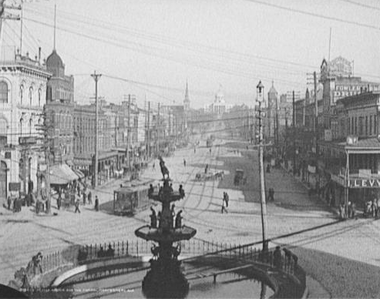 This system paved the way for the final success of the system which was later employed next in Richmond by Frank Sprague, then many other cities throughout America. 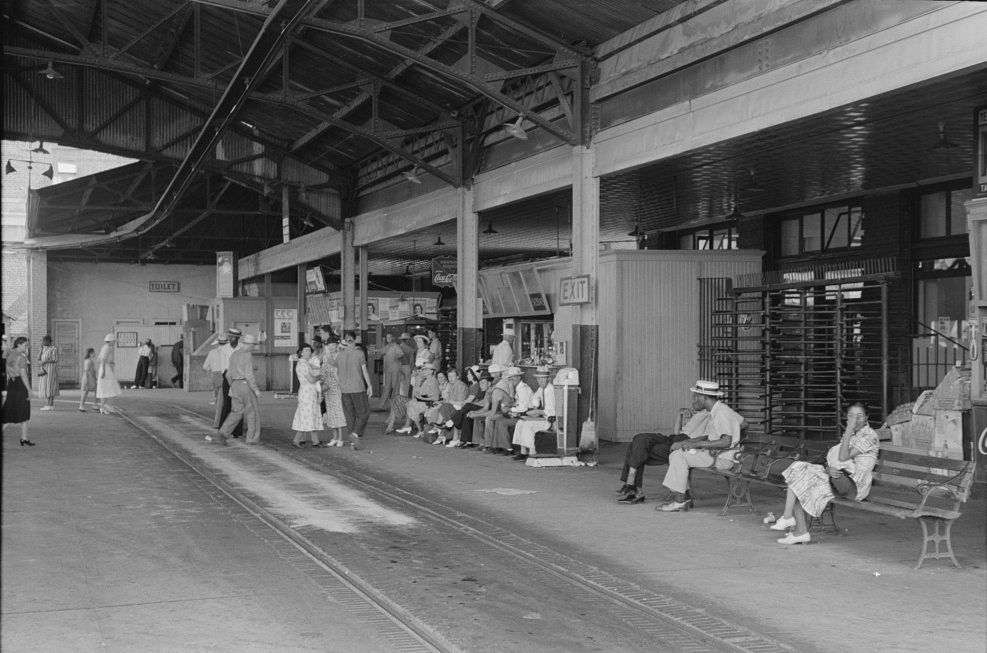 The electric trolleys became very popular with the riding public and was the major way people traversed the city for years. Trolley lines soon extended beyond city limits which allowed people to live outside the city and commute to their jobs in the city.

People getting on Trolley in Oklahoma City, Oklahoma July 1939 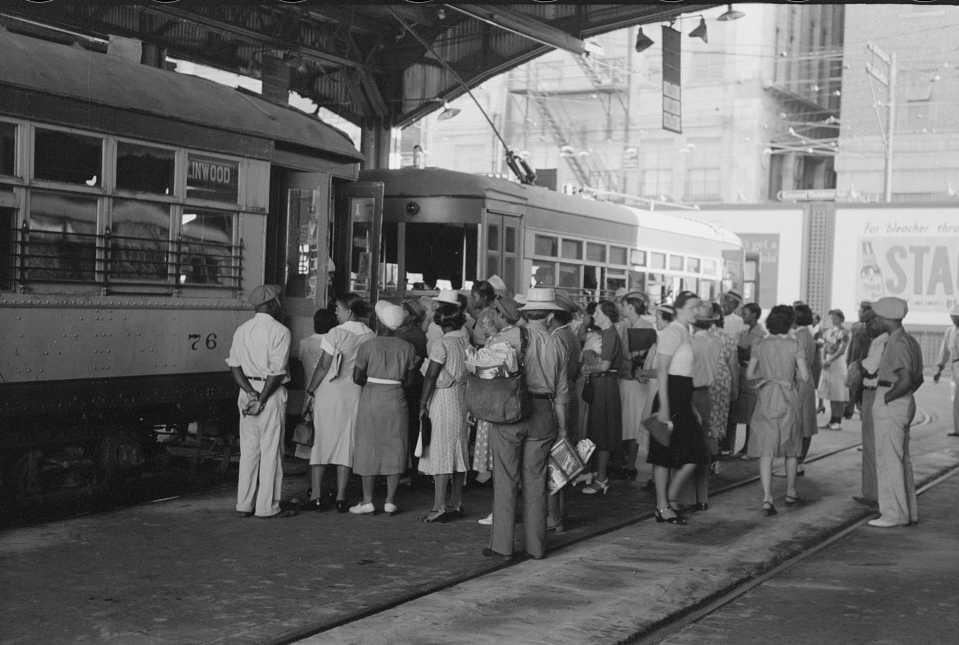 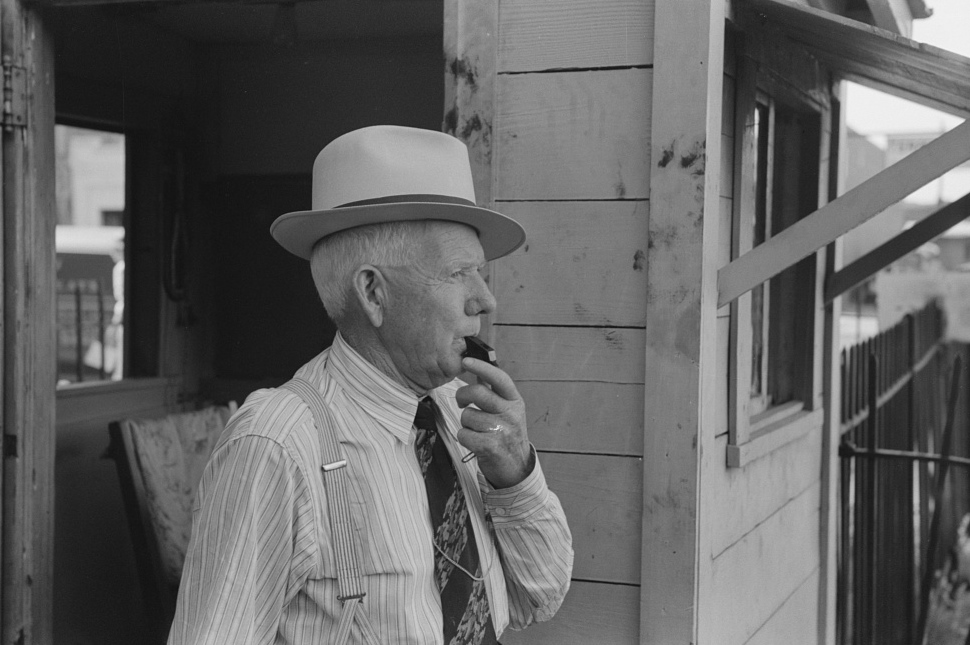 Up until the late 1950s, trolley rails were a feature in most cities in the United States.

People waiting for trolley to arrive in Oklahoma City, Oklahoma 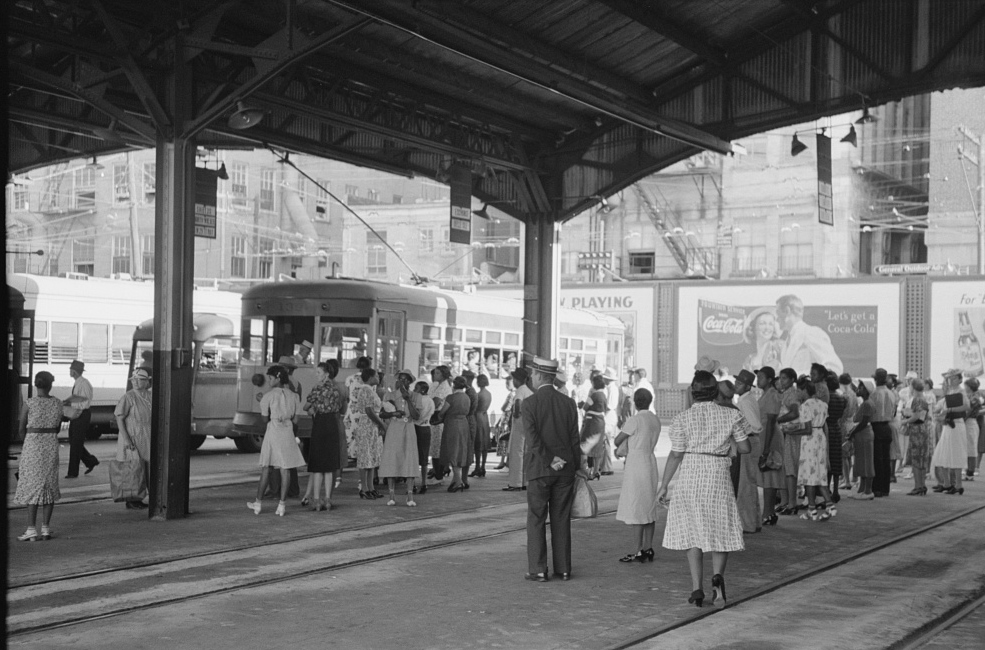 They were electrically operated which was a great improvement over the omnibus, the mass transportation vehicle pulled by horses that was used in American cities. 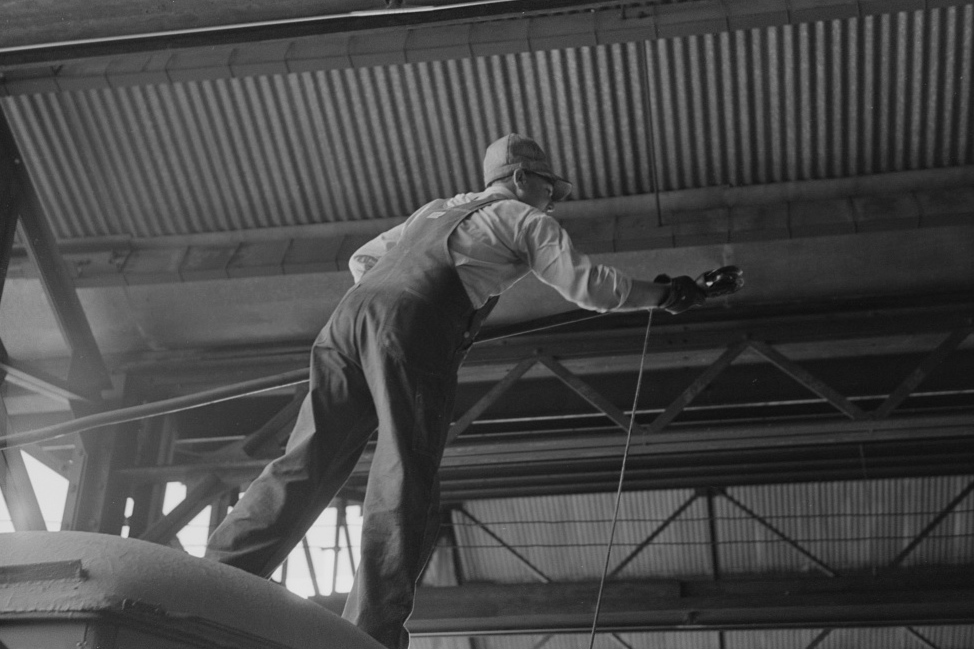 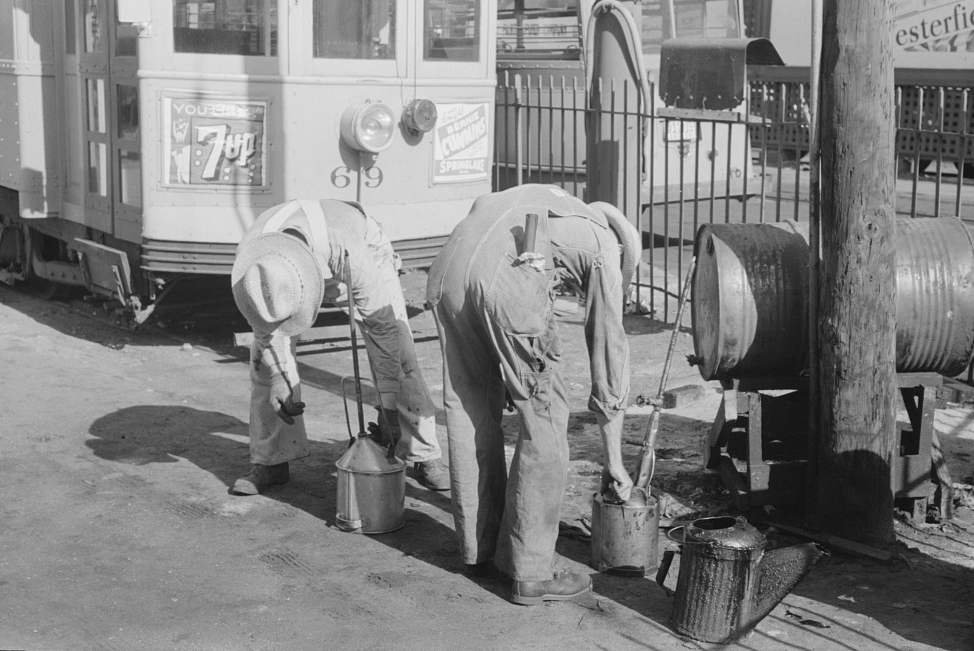