This is unbelievable but true! One vote changed the course of this presidential election and American history.

The Disputed Election of 1876

The presidential election held on November 7, 1876, between Democrat Samuel J. Tilden and Union war hero, Republican Rutherford B. Hayes probably ranks as one of the closest. 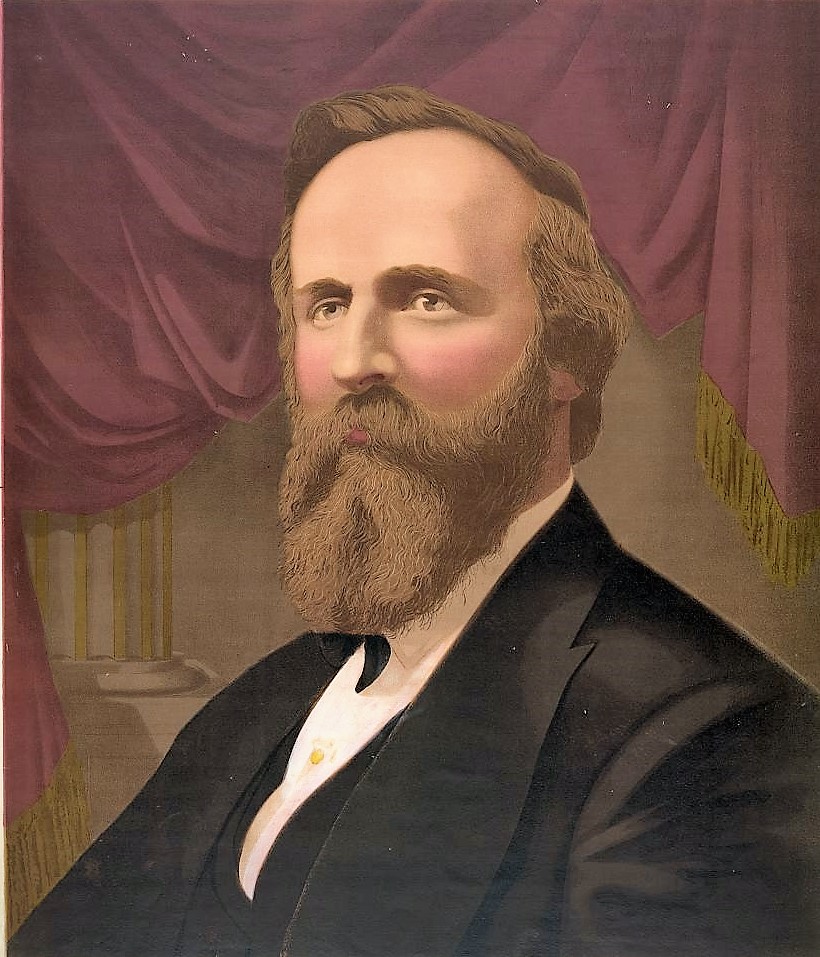 Democratic candidate, Samuel J. Tilden, a wealthy corporate lawyer, led the Republican candidate, Rutherford B. Hayes in the popular vote by 4,294,885 to 4,033,850 for president of the United States but the electoral vote was one short of the 185 Tilden needed to win the election. 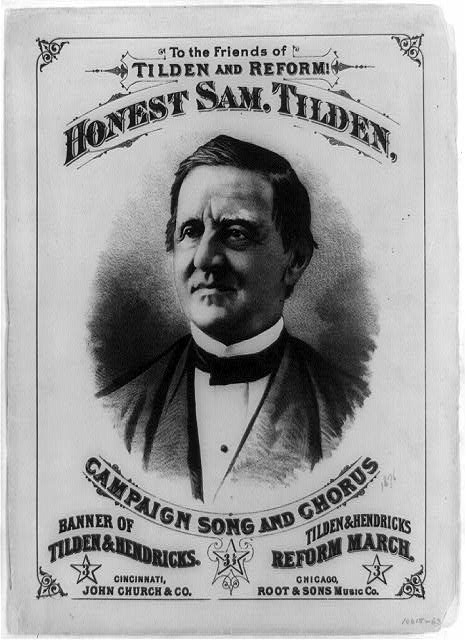 Charges of bribery, forgery and intimidation

After the vote was cast, telegraph lines hummed throughout the country regarding the electoral vote. Bribery, forgery, and intimidation charges by both sides were made in the Union-controlled South. After some investigation, three states—Florida, Louisiana, and South Carolina, submitted two rival electoral slates and one Republican elector in Oregon was even declared ineligible to serve. The initial undisputed electoral count was Tilden 184 and Hayes 165 with 20 contested electoral votes in the states of Florida (4) Louisiana (8), Oregon (1), South Carolina (7).

Only electoral vote would win the office

Oregon elector was ineligible to serve

Meanwhile, the elector John W. Watts, who had been the U. S. postmaster at Lafayette in the small Yamhill County community in Oregon at the time of the election was technically not allowed to serve according to Article 2, Section 1 of the federal Constitution. Article 2 read in part that “no…. person holding an office of trust or profit under the United States…. shall be appointed an elector.” Watts resigned from this position on November 14th but he was still postmaster on election day of Nov. 7th.

Oregon had three electoral votes that normally were awarded to the electors with the highest number of votes and these were—John C. Cartwright, William H. Odell, and John W. Watts, all Republican Hayes electors.

On December 2, 1876, a delegation of leading Oregon Democrats and the Democratic governor of Oregon, Governor Grover, filed a formal protest against Watts. The protest claimed that the votes cast for J. W. Watts amounted to nothing, the same as if they had never been cast since he was ineligible to be an elector. Gov. Grover claimed the right to appoint a Democrat to replace the ineligible elected Republican, John W. Watts.

After the hearing about the matter, a memorandum was presented on December 5 that only qualified voters had the power to elect and the governor’s duty was simply to grant an election certificate to the persons having the highest number of votes and the secretary of state was to certify the election results.

On December 6, presidential electors all over the nation gathered in their respective states to cast their ballots. Oregon’s electors, including Watts, gathered to vote at the capitol building, but the governor refused to certify Watts. Instead of giving each the three top Republican electors, Cartwright, Odell, and Watts a certificate, the Secretary of State, Chadwick, handed all three to Portland attorney Eugene A. Cronin, the top Democratic elector.

Controversy at Oregon Capitol on who could serve

The following excerpt from a 1988 news article in the Eugene Register-Guard, (Nov. 8, 1988, by Jim Martin, a Salem freelance writer who specialized in Oregon history), relates what happened next:

Cronin refused to surrender the certificates or show any of them to the Republicans, who repeatedly requested that he do so. At. length, noting that his eligibility had been questioned, Watts resigned as an elector. Odell and Cartwright almost immediately reappointed him. The three Republicans then cast their ballots for president and vice president, and Odell was selected as a messenger to take the official result to Washington, D. C.

Meanwhile, Cronin had gone to a far corner of the room and called in two other active Democrats, J. N. T. Miler and John Parker, neither of whom had been voted for by the public, to form a rival trio of electors. Cronin went east with the votes from this group, apparently hoping he could replace Watts and influence the outcome of the presidential contest. Gov. Grover triggered a political storm as Americans applauded or condemned his action.

“The Democratic papers throughout the country published inflammatory articles to the effect that Tilden was elected and threats were made that the inauguration of Hayes would be prevented by force,” one prominent Oregonian recalled. The situation was so serious that President Ulysses S. Grant ordered the Army to be ready to prevent any disruptions. Soldiers were moved into the nation’s capital and to other points where outbreaks of violence appeared likely.”

Since a majority of the U. S. Senate was Republican and Democrats controlled the House of Representatives, it seemed useless to expect the two houses to reach an agreement on the disputed returns.

Instead, Congress appointed an Electoral Commission. It consisted of five senators, five representatives, and four U. S. Supreme Court justices who chose a fifth. He was a Republican who first favored Tilden, but switched under pressure from his party.

The whole American Presidency seemed to have hinged on that one ineligible electoral vote by John W. Watts. If the Democratic Governor Grover of Oregon had been allowed to appoint a Democrat in place of the Republican Watts, then Tilden would have been president.

The nation, still reeling from the effects of the brutal and bloody Civil War, accepted these extraordinary proceedings because violence almost certainly would have been the only alternative. As a sidenote: John W. Watts was returned to his position as postmaster.