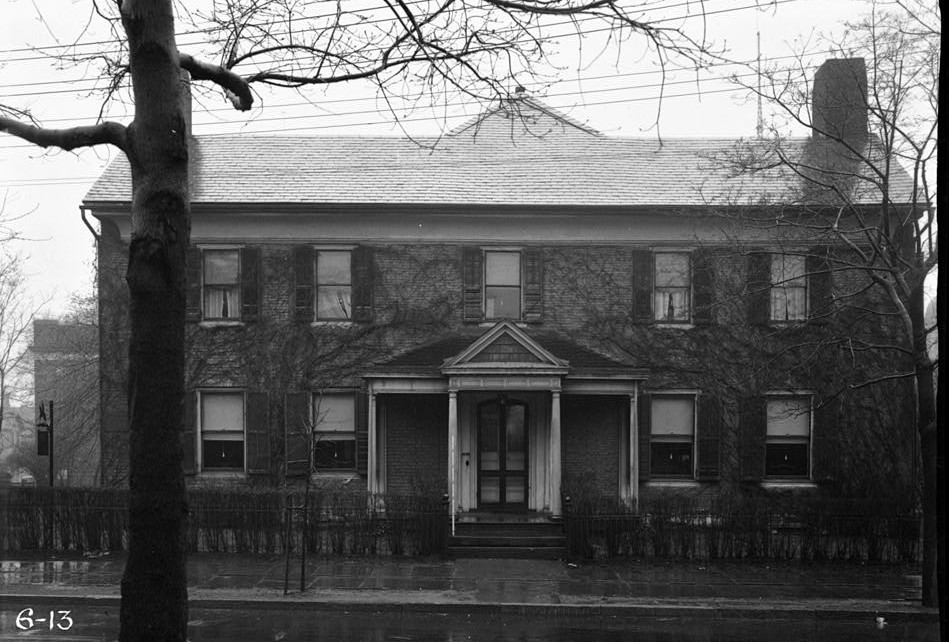 *Note: The language below may be a little antiquated because they are excerpts and transcriptions from a the book  –Transcription from Historic Houses of New Jersey By Weymer Jay Mills .J. B. Lippincott Company – written in  1902

The Belcher Mansion in New Jersey was a place were many important people in the colonies were entertained. One occasion of import was the wedding of Kate, or “Caty,”  daughter of William Peartree Smith, then its owner, and young Elisha Boudinot.

It was celebrated in the fall of 1778, in the midst of war-time dangers and alarms. William Peartree Smith was a graduate of Yale College, and a life-long intimate of Governor Livingston. He belonged to a notable New York family, and was a grandson of one of its early mayors.

William Peartree Smith’s father, “Port Royal” Smith, Governor General of Jamaica, is known to have been a friend of Governor Belcher’s, and William Peartree corresponded with the good governor in his early manhood, and was a strong supporter of his pet project, the young College of New Jersey.

He is said to have removed from New York to the commodious Belcher Mansion out of love for the memory of his famous friend, and there, in the years before the Revolution, his sons Belcher and William and his only daughter, Kate, grew to manhood and womanhood. 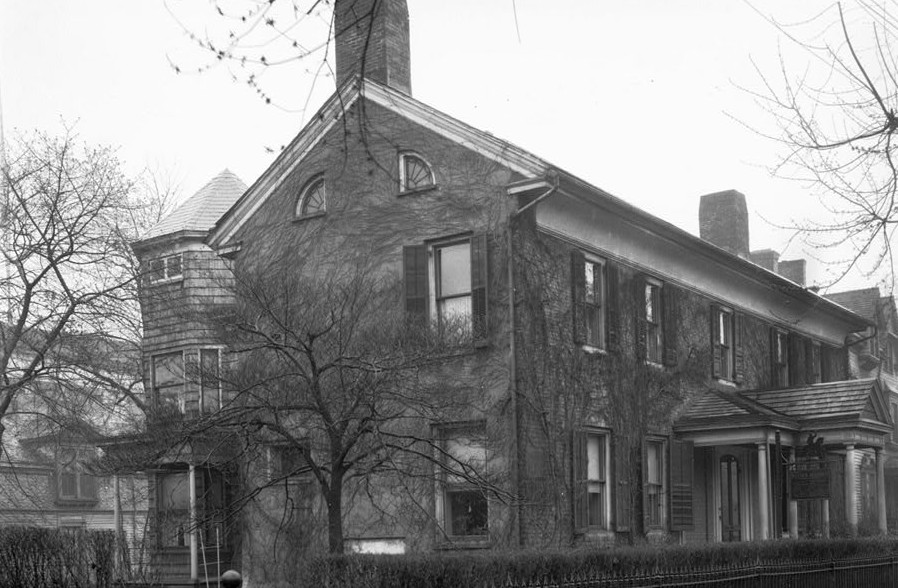 Tradition says that Kate Smith was a lovely girl at the time of her marriage, and had enjoyed a better education than most of the women of the day. Her mother was the daughter of a wealthy sea-captain, who had taken her to London with him on one of his trips, and while there she had mingled freely in learned society, and enjoyed the friendship of Dr. Watts and other distinguished men of the London world.

She was thus a fitting helpmate for a literary man. William Peartree Smith was a writer of both prose and poetry, and at one period edited a paper with Governor Livingston. 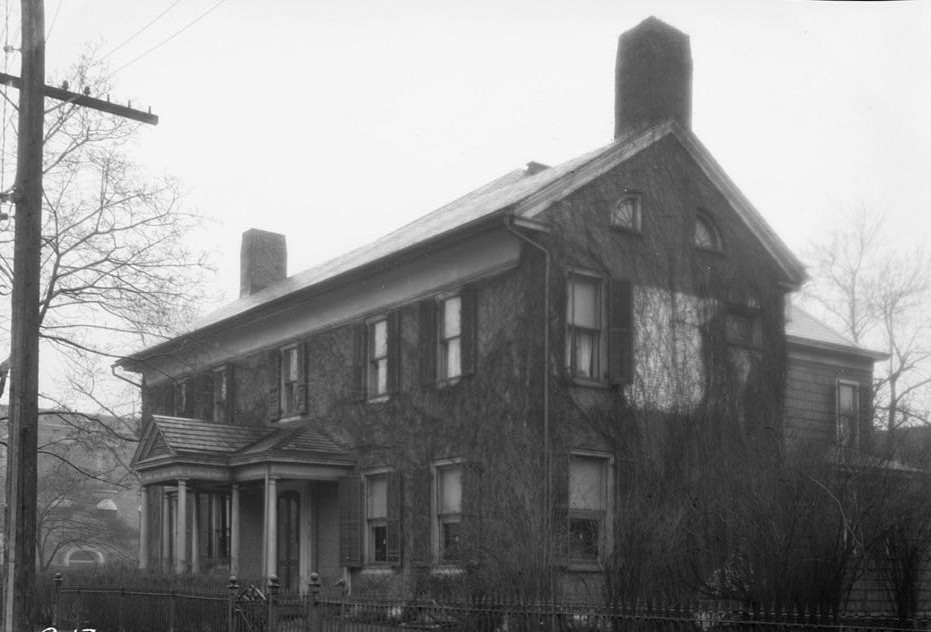 There had been many notable weddings in Elizabeth during 1778. In the spring beautiful Nancy Ogden married Lieutenant-Colonel Barber. But no wedding had created such a furor before its celebration in prominent Whig circles as that which was to occur at the old Belcher Mansion.

It was early rumored abroad that Washington and his staff were to be there, and as many officers as could safely leave headquarters, for there was ever a dread of a surprise from Skinner’s notorious raiders from Staten Island or the Tories of the surrounding country.

“When the eventful day in October at last arrived, the realization far exceeded the anticipation of this wedding, if we can believe all the tales of the ceremony that have wandered down the years to us.

Many a great bowl of punch made of costly old wines, necessary for nuptial luck, stood on Governor Belcher’s old celleret, built in the house and still in existence, for gentlemen drank in those days, and the first gentlemen in the land were there. 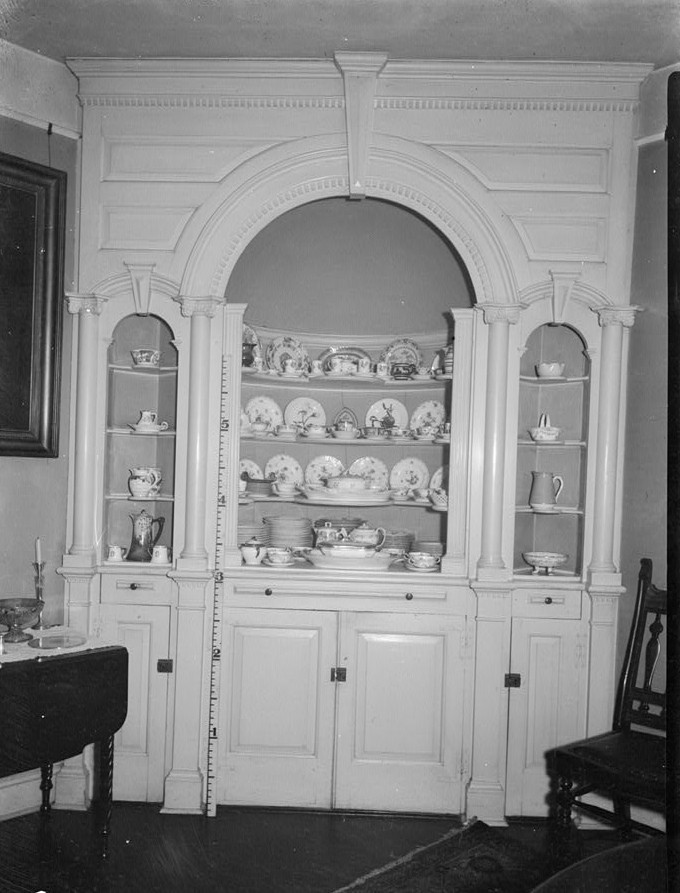 Reading Emeline Pierson’s charming sketch of ” Old-Time Jersey Weddings,” it takes but little imagination to picture the grand old rooms of the Belcher Mansion aglow with many lighted candles and filled with the noise and gay badinage of a courtly company, and the rustling of stiff brocades. The sweet-faced bride flits before us in her towering white head-dress, decorated with jewels, and a gorgeous gown, which may have been one of those “London Trades,” or, in other words, an article procured in some way from the loyalists, either by money or in exchange for grain or garden produce. 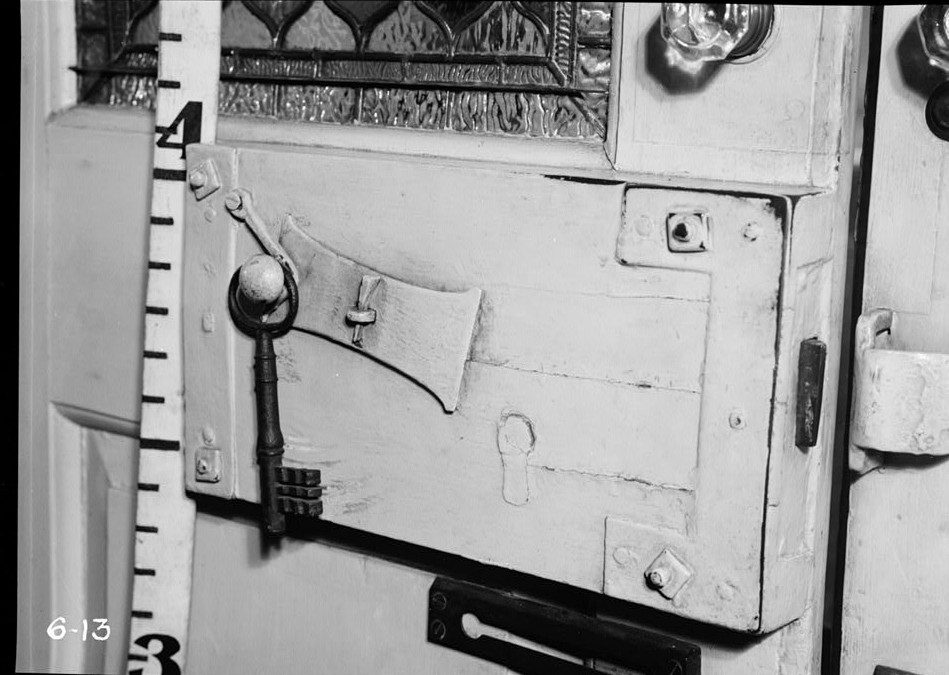 Governor Livingston, who dearly loved to keep his world in order, was always ranting about them in his letters, declaring that women would willingly sacrifice a second Paradise for the sake of their adornment. Then comes the bridegroom in his gay wedding-suit, surrounded by a merry group of bridesmaids and groomsmen.

Among the guests we see Generals Washington and Lafayette, young Alexander Hamilton, the master of ceremonies, charming Lady Kitty Stirling and her cousins, the Livingston girls, and many other noted figures, as we strain our ears to listen to the ghostly tinkle of the old-time wedding-music. ” 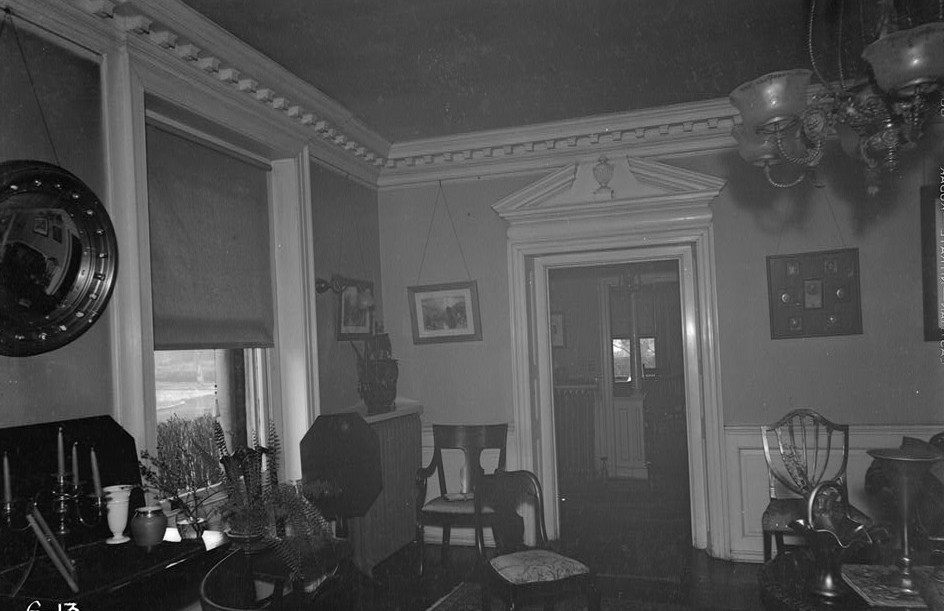 “Great was the courage and daring of the patriotic people of those days, when any festivity, unless enjoyed in secret, was as liable as not to bring a band of marauders to the door. About a fortnight after the ceremony the British did learn of the Boudinot-Smith wedding, and the house was visited by a party of soldiers, who, upon learning of the absence of the bridegroom, spitefully destroyed the fine furniture and family portraits, some of them painted by Sir Godfrey Kneller.

They so terrified the young bride on this occasion that her husband took her to Newark, where at the close of the war he built a great mansion.) In after years, when he had become a famous lawyer and a judge of the Supreme Court, he entertained the aged Marquis de Lafayette, on his second visit to America, the venerable widow of Alexander Hamilton, Henry Clay, and many other noted people.

The old Belcher Mansion, has known few vicissitudes, with the exception of the raid and those occasioned by the ruthless hand of time.” 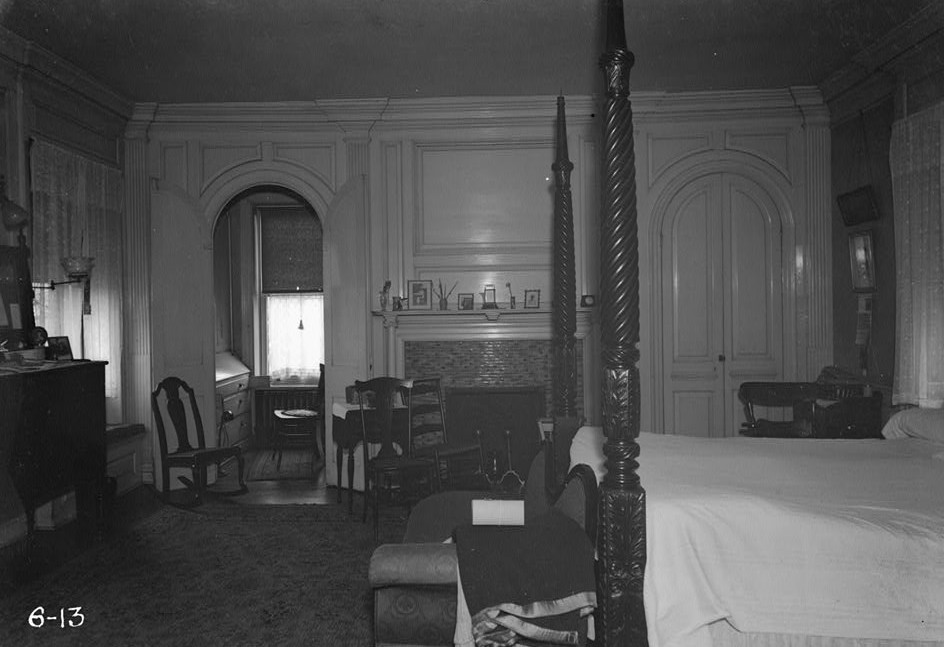 “In the possession of the Dix family is a beautiful old brocade gown, in almost perfect condition, which belonged to Mrs. Jonathan Edwards, who visited at the Belcher Mansion over a hundred years ago. It is a worthy rival of the Boudinot wedding-gown,* still in existence, and worn by the brides of that family for four generations. It is the most precious link left to that far-off war-time wedding, when so many notable guests assembled in the old home, once the delightful abode of Jersey’s most noble royal governor.”

* “The wedding-gown worn by Kate Smith was also used by her daughter, Catherine Boudinot, on the occasion of her marriage to Lewis Atterbury, of New York. Later it was the bridal-robe of her daughter, Mrs. Stimson, and was last worn by Mrs. Stimson’s daughter, Mrs. Loomis. It is still in existence, but entirely changed from its original appearance:” (1902)

Virtual Tour of the Belcher Mansion in 5 parts below

It takes a little time to watch them all, but they are very informative about life in colonial days