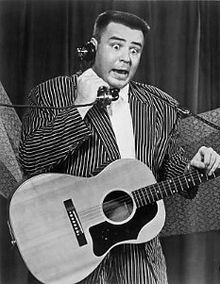 We lost a great musician early when Jiles Perry Richardson, Jr., better known as the Big Bopper lost his life along with Buddy Holly and Richie Valens in a plane crash Feb.3, 1959.  His watch was not found at the crash site until spring when the snow melted in Iowa.

This beautiful song by the Big Bopper’s was his first recording. It is so different from those he became famous for.

The Big Bopper made many rock albums in his short lifetime. However, I didn’t remember this album and these great songs.

More on the Big Bopper

Would you like to know Thomas Jefferson’s recipe for Vinegar of the Four Thieves or how to make Ox Tail Soup? Discover this recipe as well as many household tips in