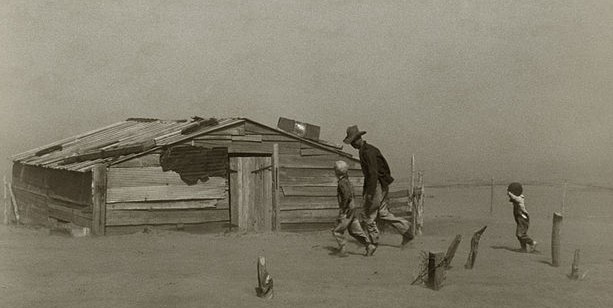 The Dust Bowl, also known as the Dirty Thirties, was a period of severe dust storms that greatly damaged the ecology and agriculture of the US and Canadian prairies during the 1930s. The migrants moved from terrible living conditions back home to not much better living conditions in California. The photographs below were taken by photographer Dorothy Lange in October 1939 of migrants before the opening of the Klamath Basin potato harvest. California, Siskiyou County, Tulelake. 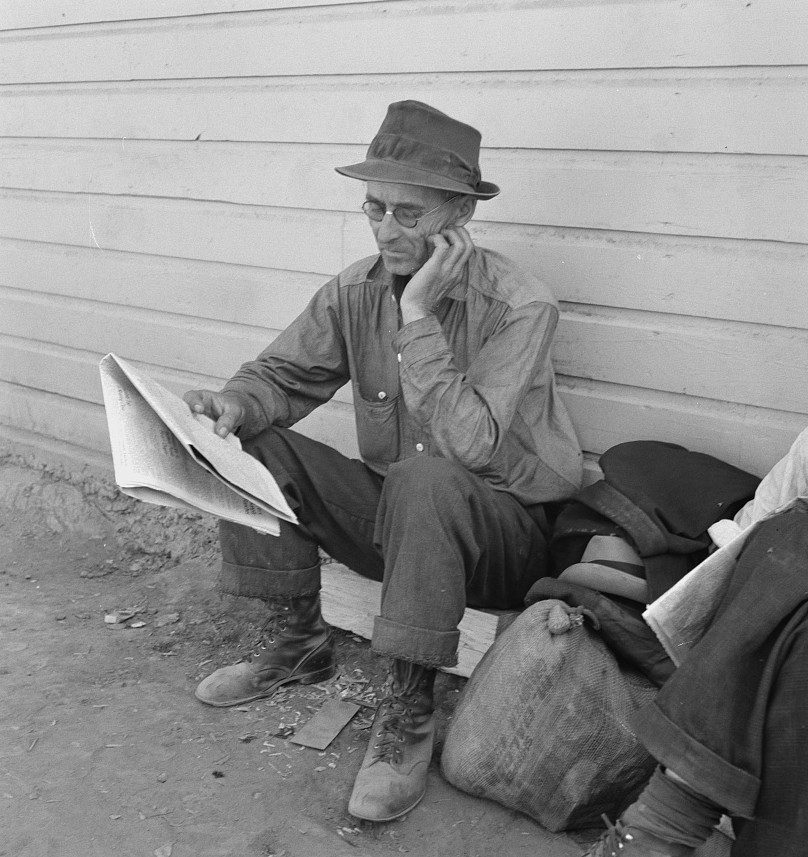 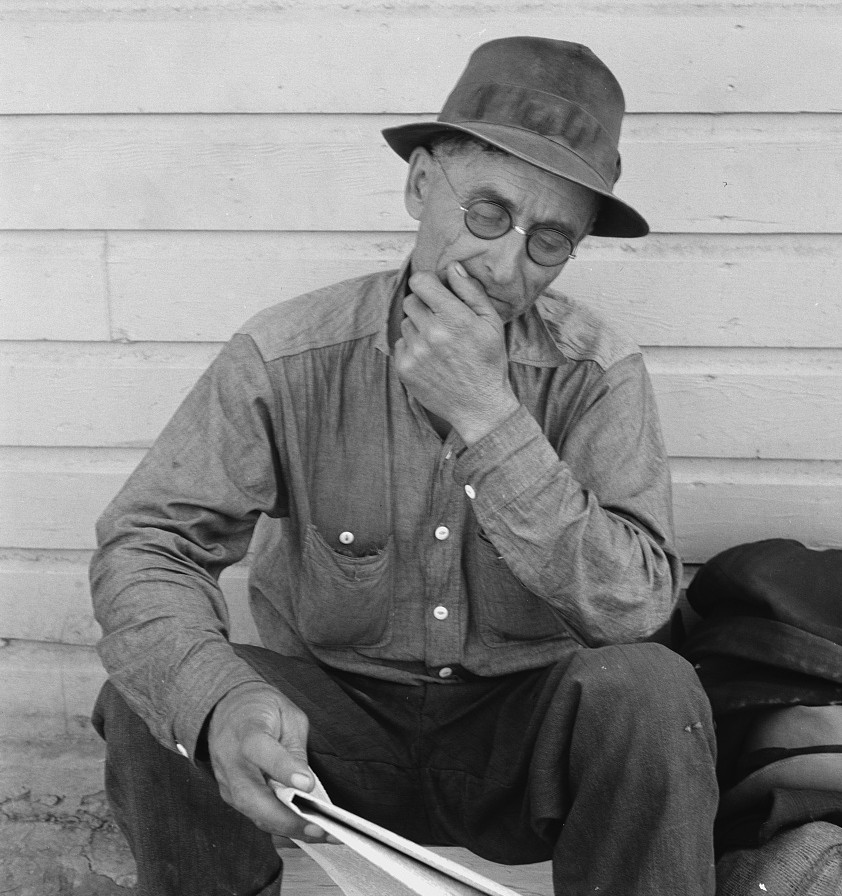 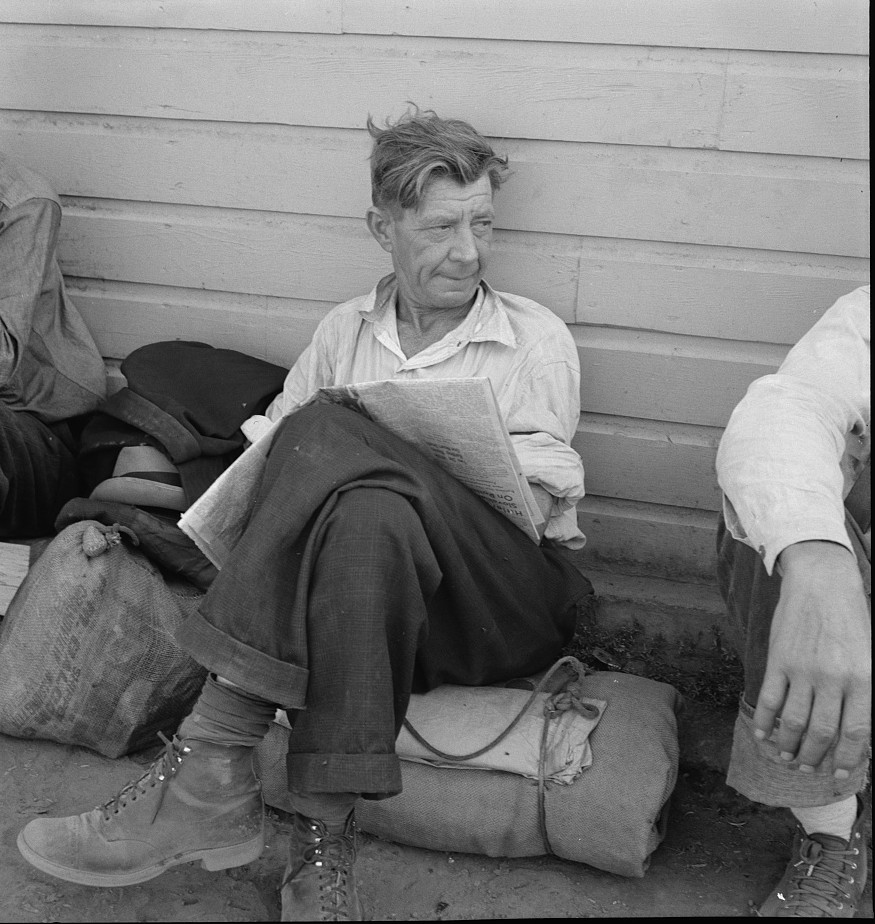 This man’s name below is believed to be Bindle Stiff who had been a logger.  He was sitting beside the Pastime Cafe and had been without work three weeks before the opening of the Klamath Basin potato harvest in California 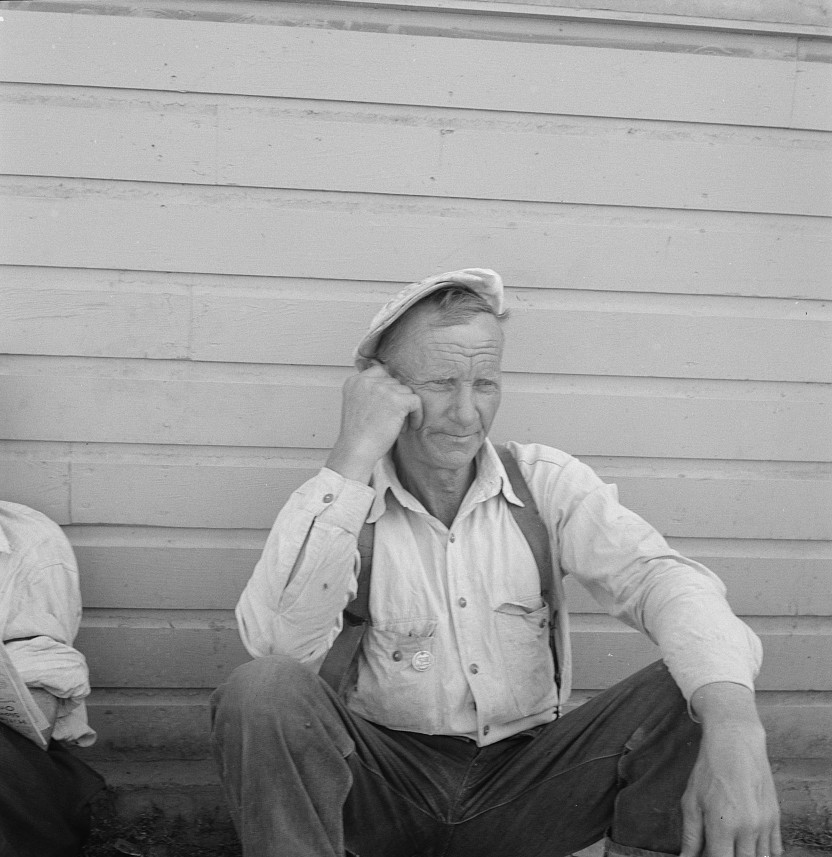 Here are some typical living conditions for migrant potato pickers in August 1939.Note the well-constructed potato sheds across the road in Siskiyou County, California. 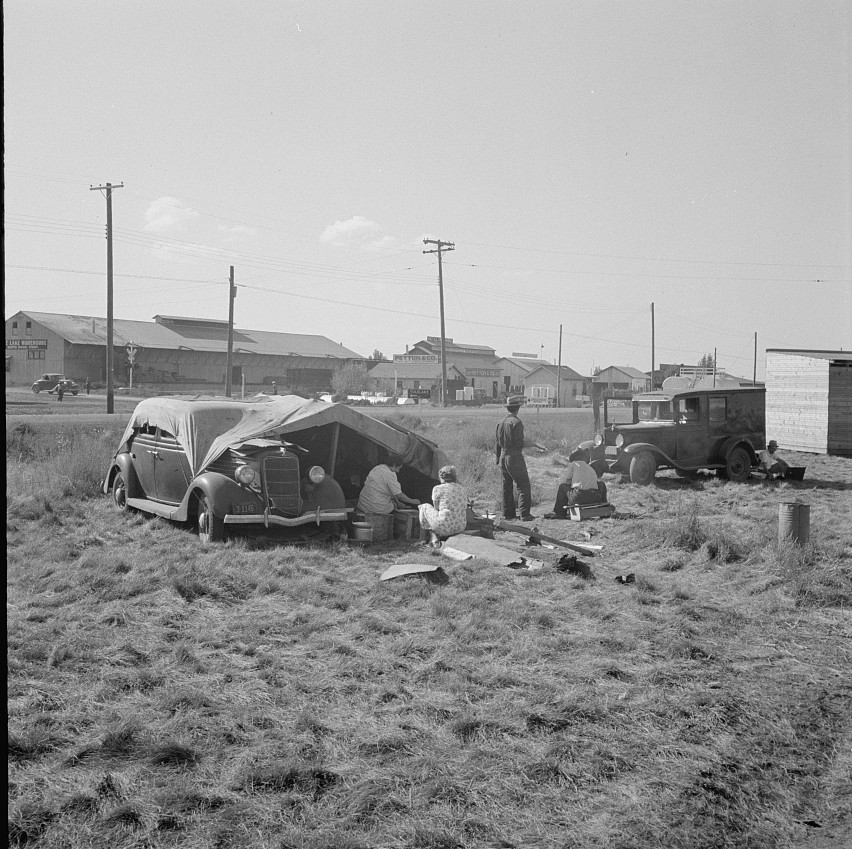 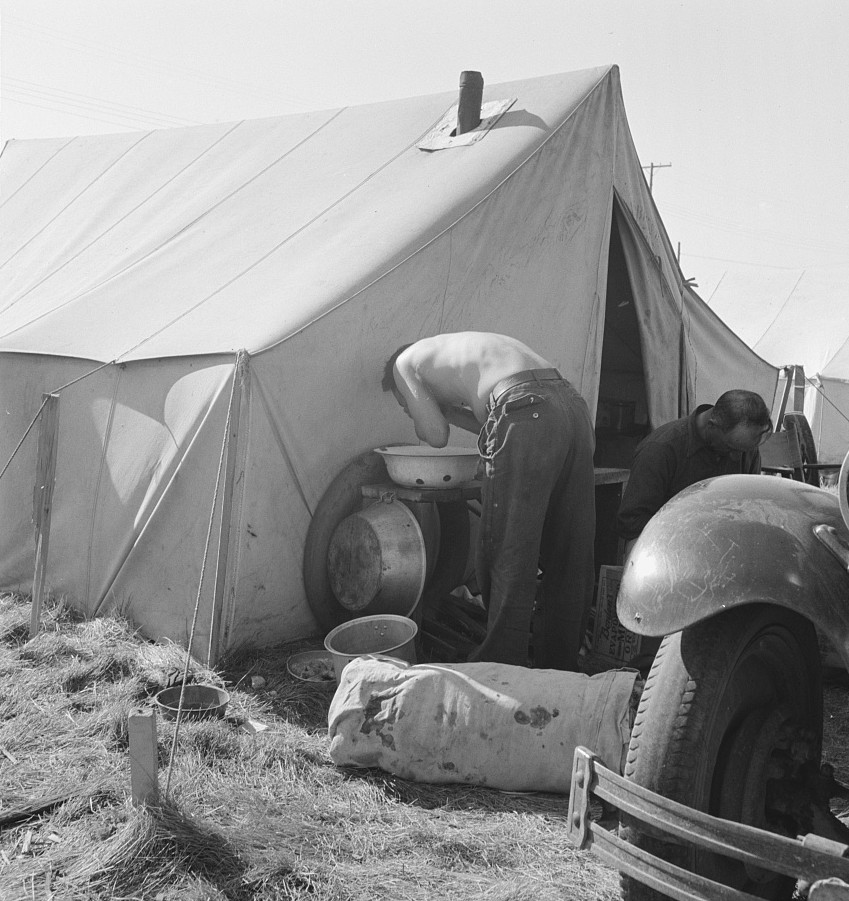 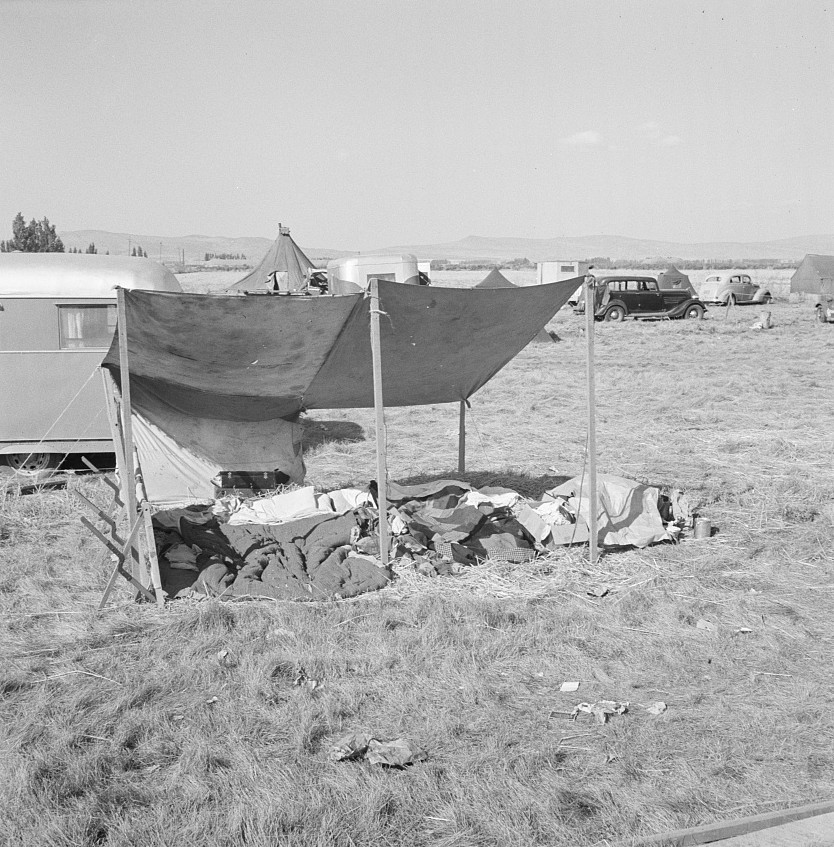 Below is the view of the camp from the potato shed. 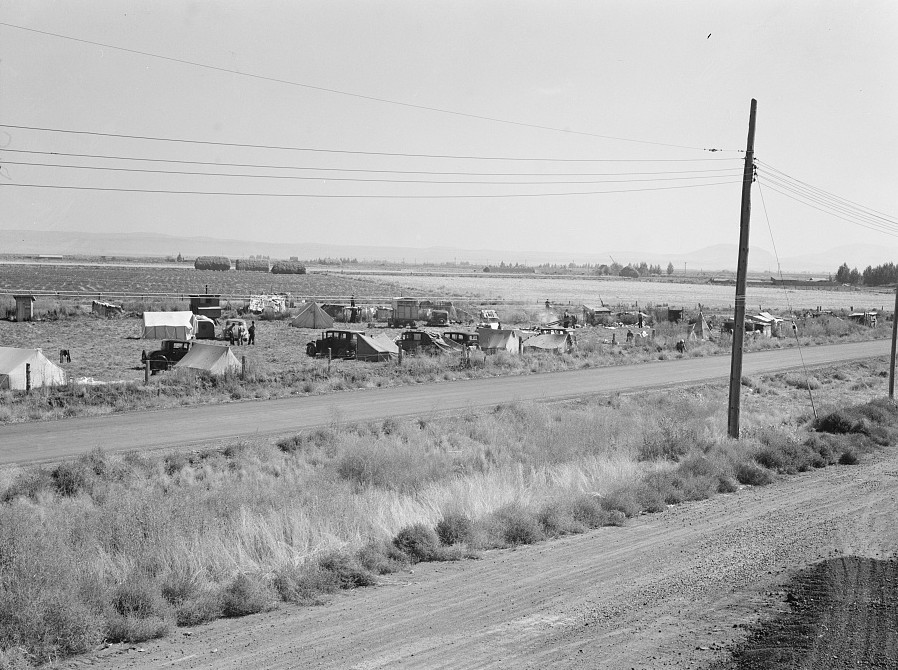 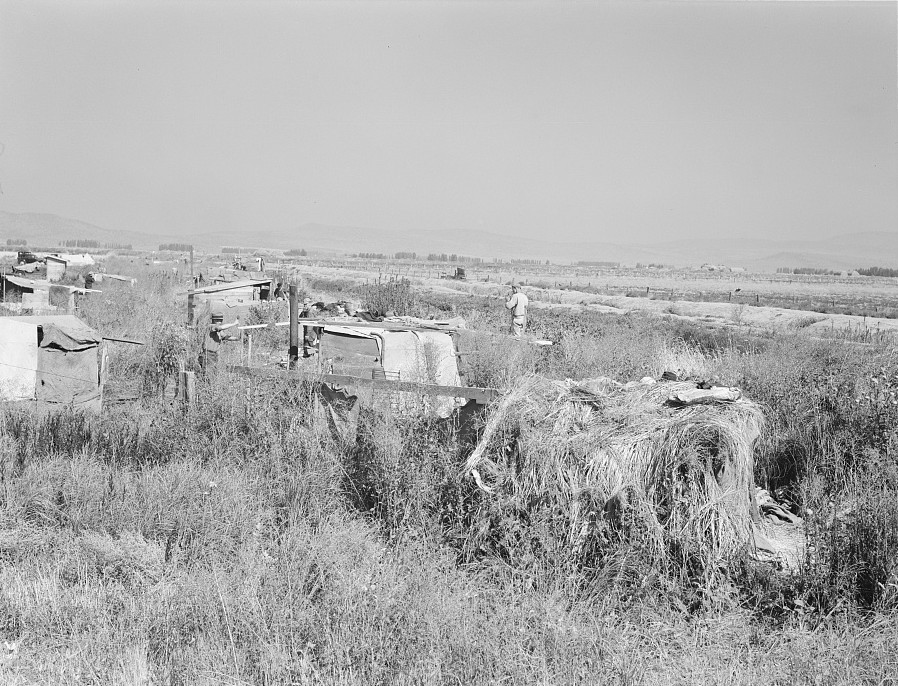 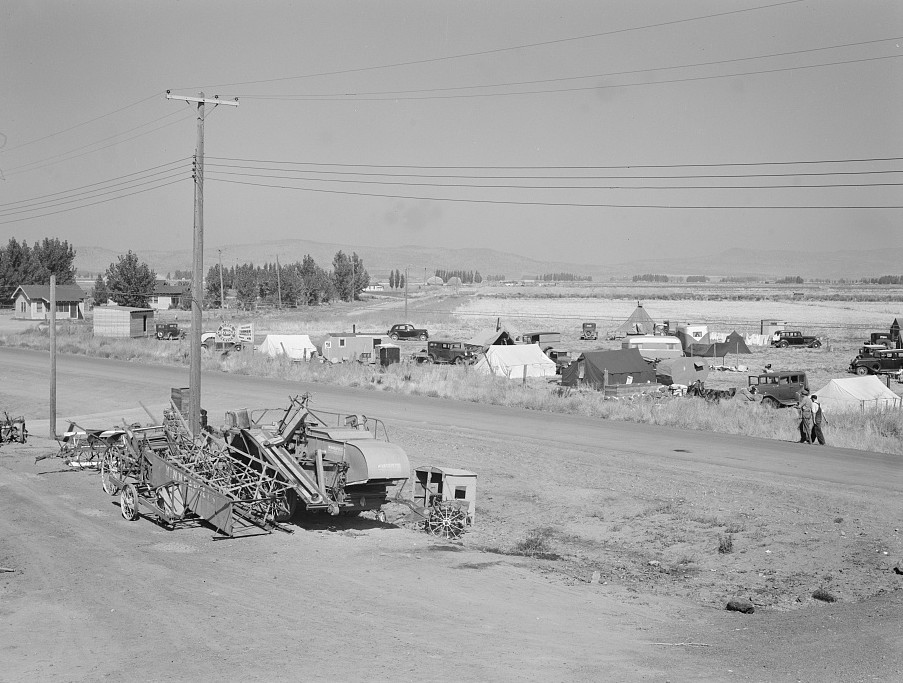 The migrant camps did not house just single men. Whole families traveled to Kamath because they had lost their farms at home due to foreclosures. They simply had no where else to go. Below is part of a family seeking work. 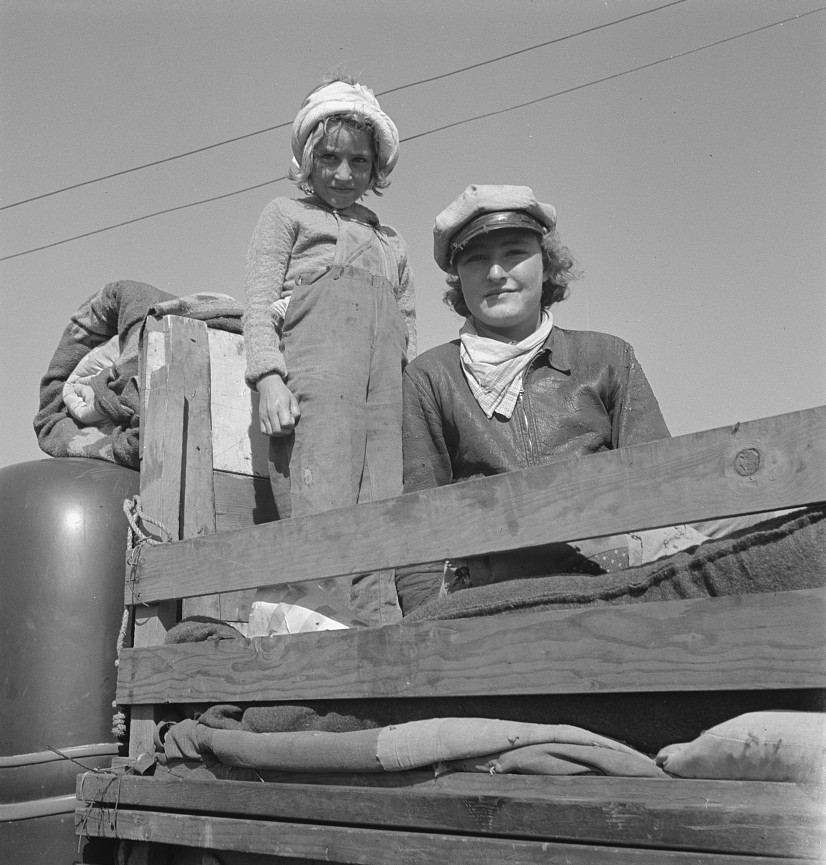