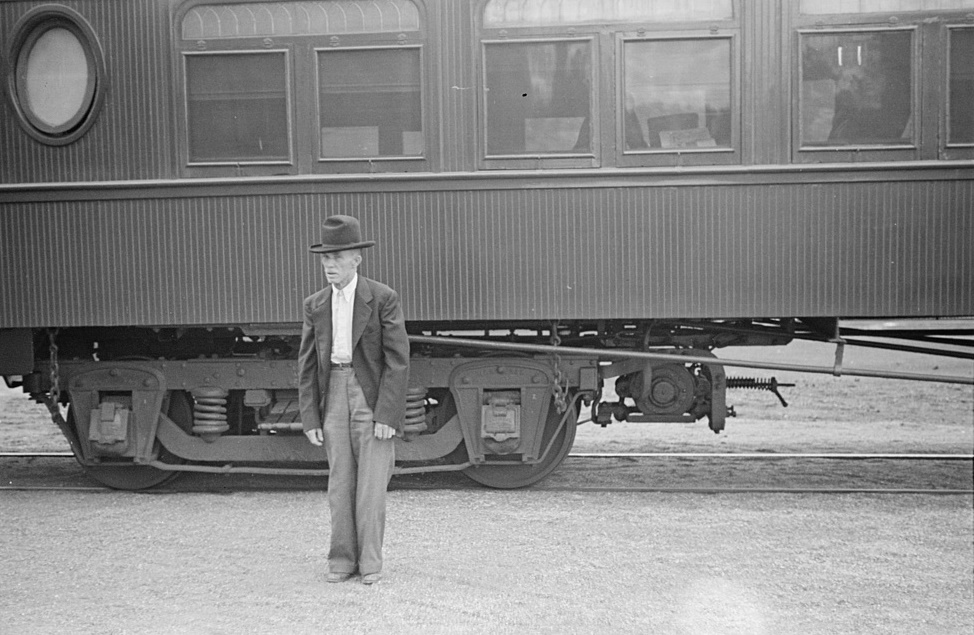 My mother and aunts often talked about their darkest years in the 1930s and the many hardships they endured. They told of soup lines and men on street corners with stacks of carefully polished apples for sale, hobo jungles and Hoovervilles (named after President Hoover) flung together of packing boxes and scrap metal.

Home of one of two families who travel and work together all through the South, repairing stalls, stoves, tools, houses, and any other odd jobs. Tourist camp near Atlanta, Georgia 1939 photographer Marion Post Walcott 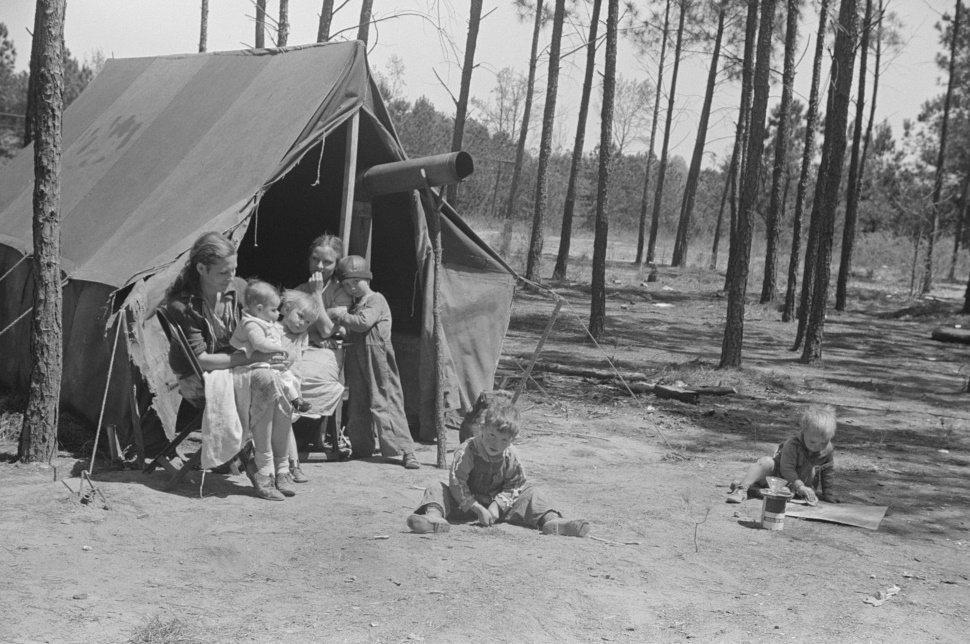 Entire families lived in the shadows of the tall buildings in and around Atlanta when unemployment stood at twenty-five percent of the work force nationwide and one-seventh of the population was supported by public relief or private charity. 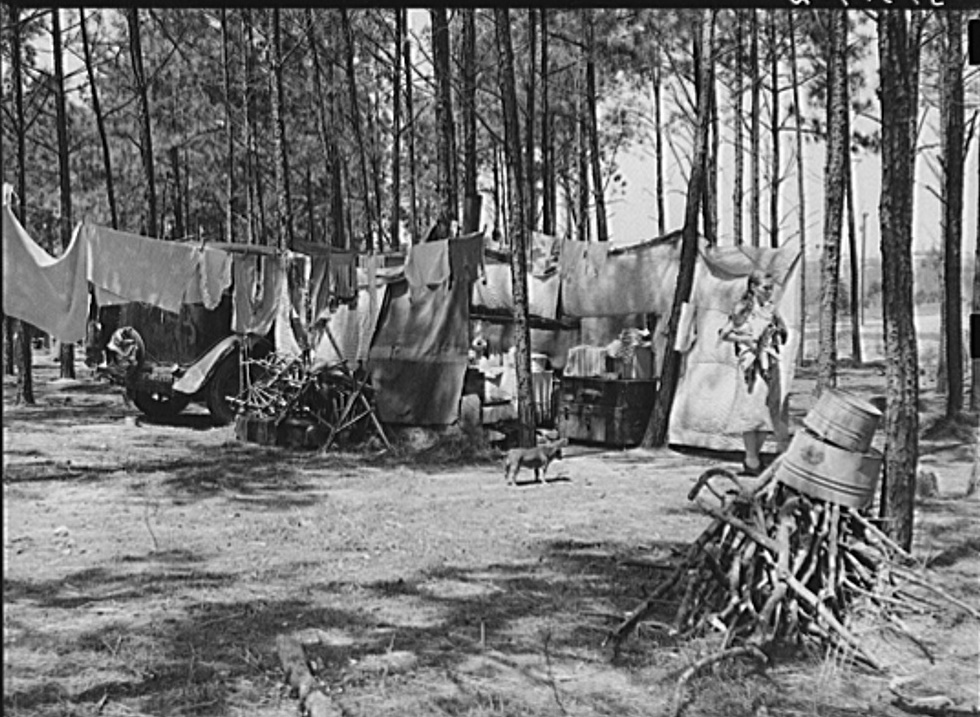 Never since the days of the Civil War had the nation experienced such dire times as during the first days of the depression when suicide was an epidemic among men. The looms of southern textile factories were shut down and on railroad sidings, locomotives gathered dust in long rows.

Midwestern farmers gazed bitterly at crops whose market value was less than the cost of harvesting and on the high plains, ranchers turned cattle loose to graze at will because it did not pay to send them to the stockyards. In the northeast, desperate men and women offered to work for anything, and some did for a dollar a week. 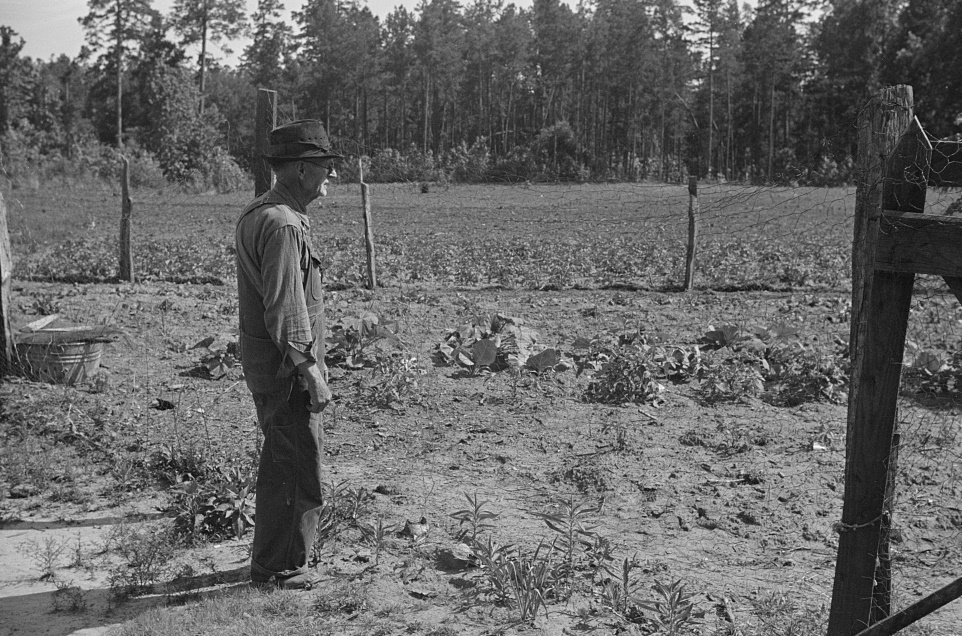 I was too young to sense what the depression had done to my family. I had no sense of the hopes that were being destroyed or the fear that most adults lived with, yet my father later told me that for him it was a very challenging time and he soon was able to start a tire recapping business.

If anyone had told me I was poor, I would have been astounded. Poor was the Chinese that would love to eat my supper if I didn’t finish it. I remember there was always a bowl of oatmeal at breakfast, a bologna or peanut butter and jelly sandwich for lunch, and macaroni and cheese, Northern beans, or potatoes, greens, and cornbread for supper. For Sunday dinner, the big meal of the week, we feasted on chicken.

During the depression, America was overrun with hobos and vagrants who had either deserted their families or out of desperation rode the boxcars aimlessly with their families, begging for handouts at random doorsteps along their way.

Although World War Two had begun when I was four years old, it took awhile for the economy to recover. I remember as though it were yesterday, watching my mother take cornbread muffins out of the oven for supper. When suddenly there was a knock on the door, I grabbed a muffin and ran to see who was knocking. I stared at the man standing there, his hat pulled low, completely shading his features. 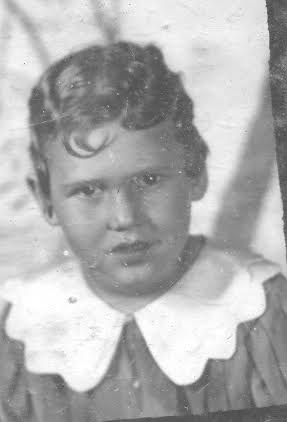 “Hey, little girl, would you ask your mother if she could give me something to eat? I’d be mighty grateful.” He lifted his sweat-soaked hat and wiped his forehead with his sleeve. There was a rumpled look about him, as if he had just been unfolded from an old suitcase.

I stared speechless for a few minutes then mumbled, “Yes sir,” as I toed at the floor, both hands clasped behind my back, clinging to my warm muffin. Just then my mother appeared behind me and questioned the man. “What can I do for you?”

“I’d sure be obliged for something to eat, Ma’am, if you can spare it. I’d be happy to do some work for the food,” he said as he stared at the bread I was starting to nibble on.

“That’s not necessary. I don’t have anything but some turnip greens and cornbread and sweet potatoes, but I think I can spare some. Would you like some sweet tea also?”

“Oh yes, Ma’am and thankee. I’ll just sit right down on this front stoop if that’s all right.”

My mother turned to me and said, “Come on Chrissy, help me carry out his food.”

I carefully carried out a plate of the cornbread while my mother carried the plate of greens and a sweet potato.  When I sat down beside him to watch him eat, I studied the cracked and splintering age lines that crisscrossed his leathery weathered skin. “You’re really, really old, aren’t you, Mister?”

He grunted his lack of interest in the subject as he continued to wolf down the hot food without looking at me. When he finished eating, he got up and slipped the remainder of the potato in his pocket. He drew out a sharp knife as he walked over to the telephone pole in front of our house and started carving something on the pole. At last I succumbed to my curiosity and slid silently off the step and sidled close to the man. My eyes rounded in amazement when I saw what the man had drawn – an imperfect picture of a cat.

“Why did you do that, Mister?” I inquired.

He squinted at me from behind corrugated eyelids and drawled. “Why, little girl, this here lets the other hobos know where they can find a good meal.”