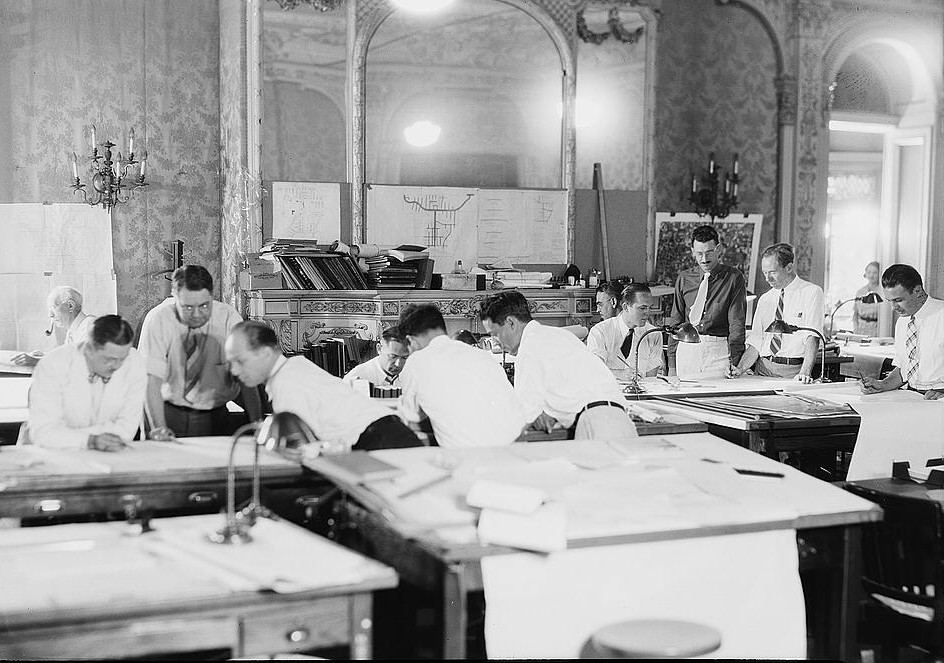 In the midst of The Great Depression, a New Deal program called the Greenbelt Town program, built a series of highly rational garden cities that would rival “Green projects” today. Only three small projects were built. Greenhills, Ohio is one of only three “Greenbelt Towns” built in the United States. The other two are Greenbelt, Maryland and Greendale, Wisconsin. Then the program ran out of money.  Only Greenhills, Ohio survives today.

Below are some photographs taken by Brice Martin and Theodor Jung of the planning stages of the new community of Greenhills.

Architects and engineers studying plans for Greenhills project, Ohio in 1936 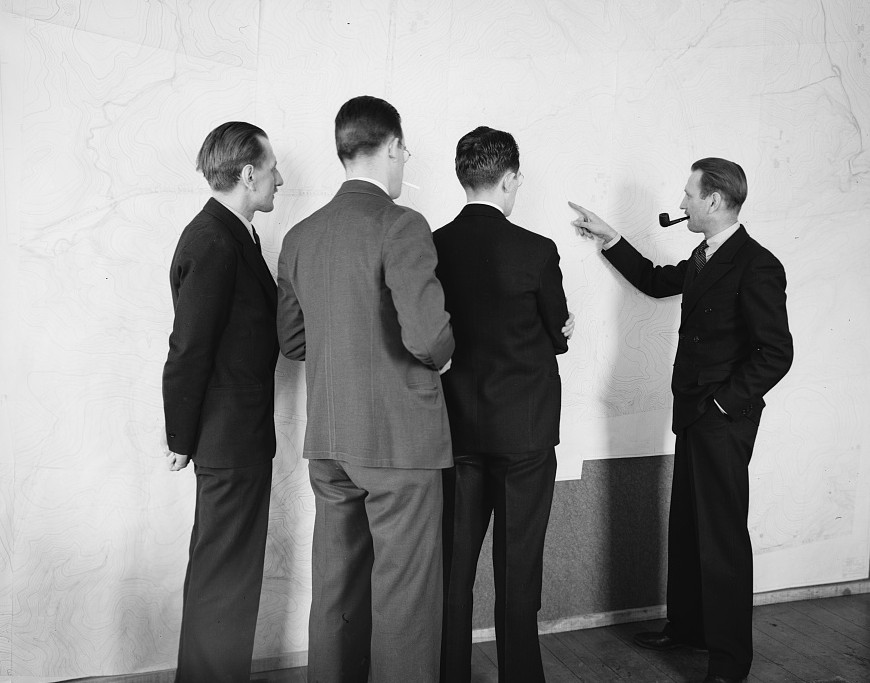 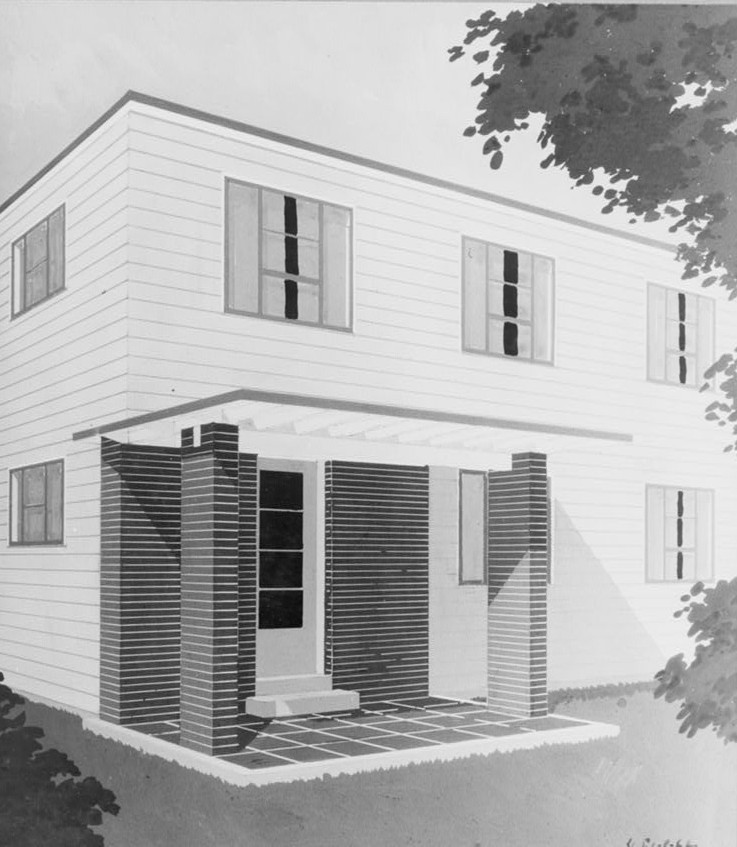 Towns had a Village Center

Each town had a Village center that had shops, a community center (which were used for schools and community activities) and government offices. The homes were to surround that Village center. And each town had a wide green belt of land surrounding the town that could easily be used as farm land for raising crops or animals. 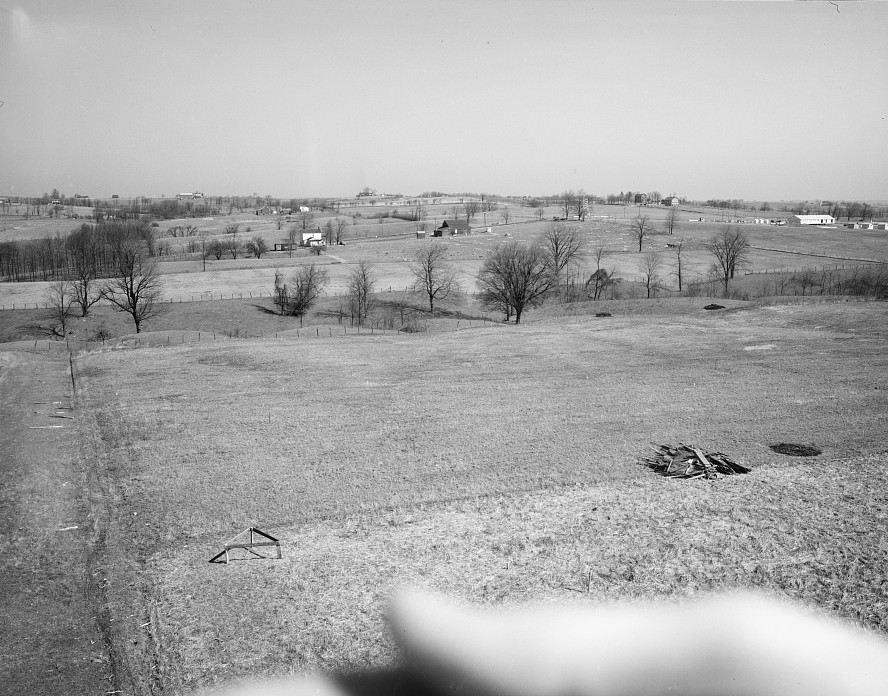 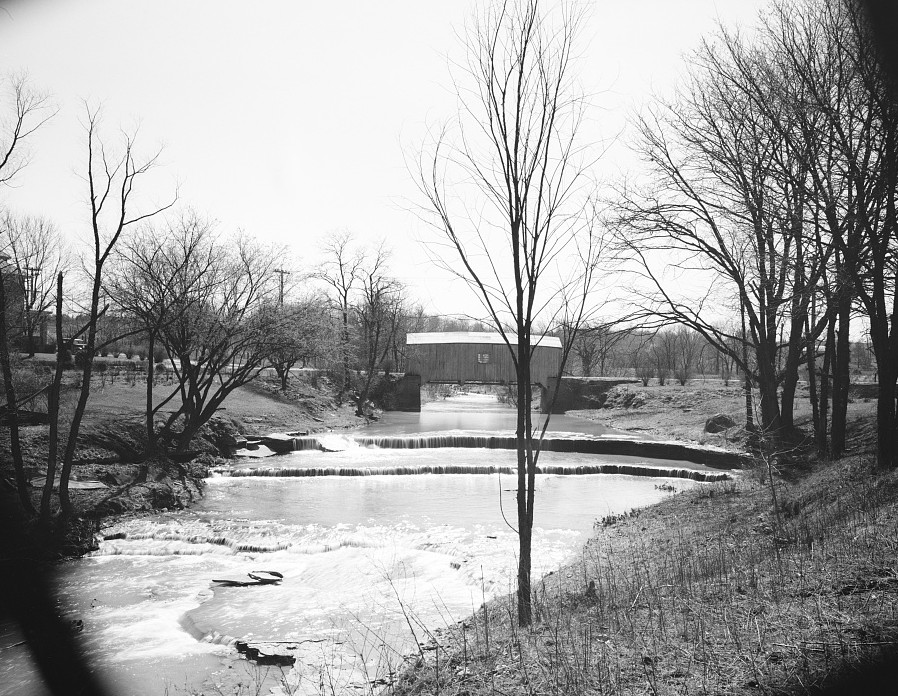 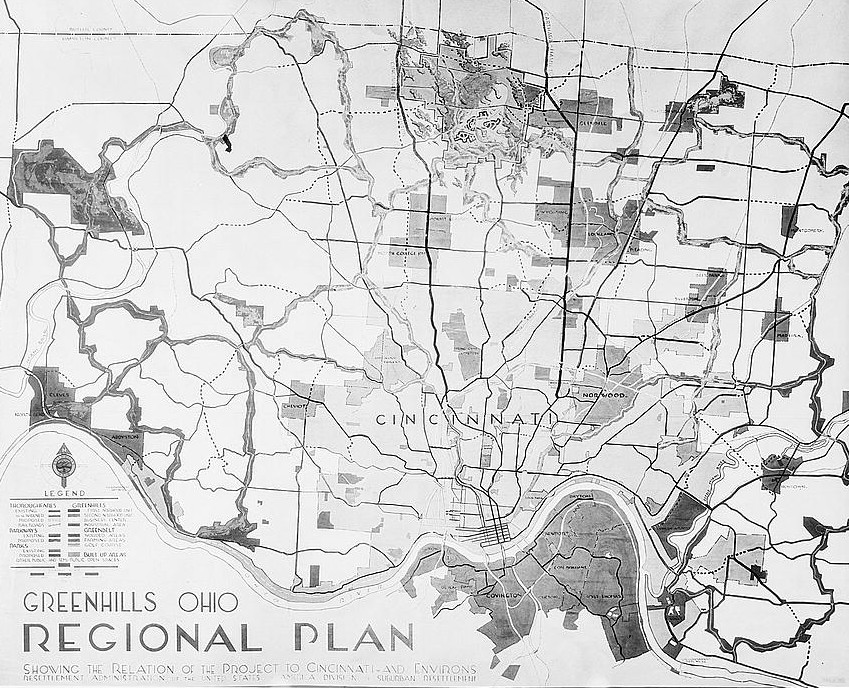 Houses were linked by footpaths and are grouped around central service courts, with the public sides facing the communal “garden” space.

The homes also share a common site design and building plan. Homes were built close to the curb, almost totally eliminating a front yard. Instead, the emphasis was put on having a larger lawn to the backyard. This provided a much larger vista for playing and gardening, as well as evoking the wide-open feel of the country. 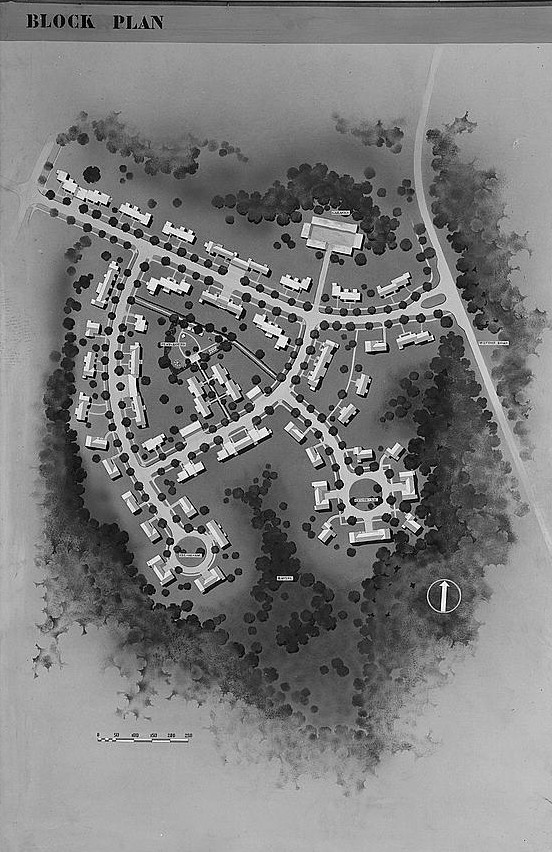 Landscape was integrated into each design

Landscaping was integrated into the design, with mature specimen trees saved or transplanted during site development. Each of the group housing units had a plot 30 feet by 90 feet between the house and the parklands, cared for by the tenant. On the service side space was provided for trash storage and clothes drying. Landscaping was used to create privacy, and the finished community was notable for the maturity of the plantings. 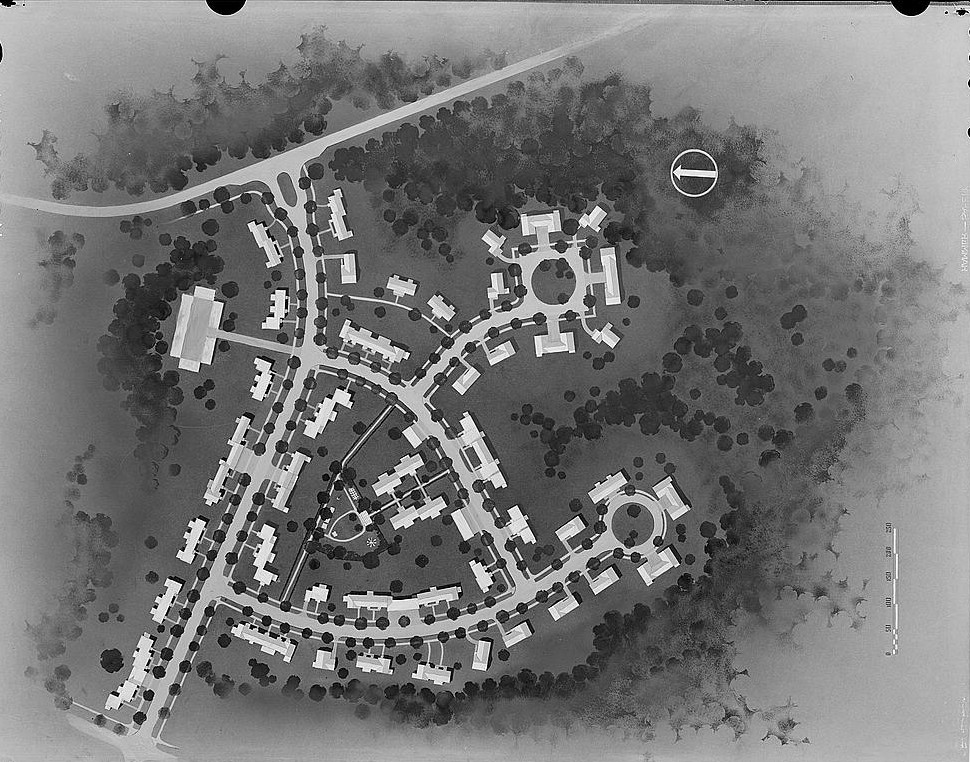 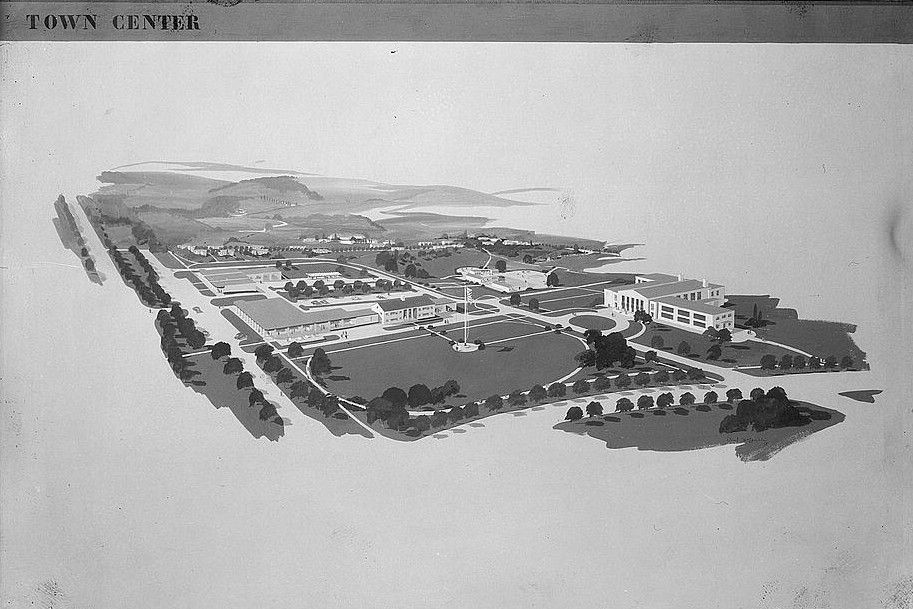 A central town common included the original commercial district, community center and school, linked to the residential areas by pedestrian underpasses. A recreation area, 27 acres lake, and allotment gardens were located beyond the common. 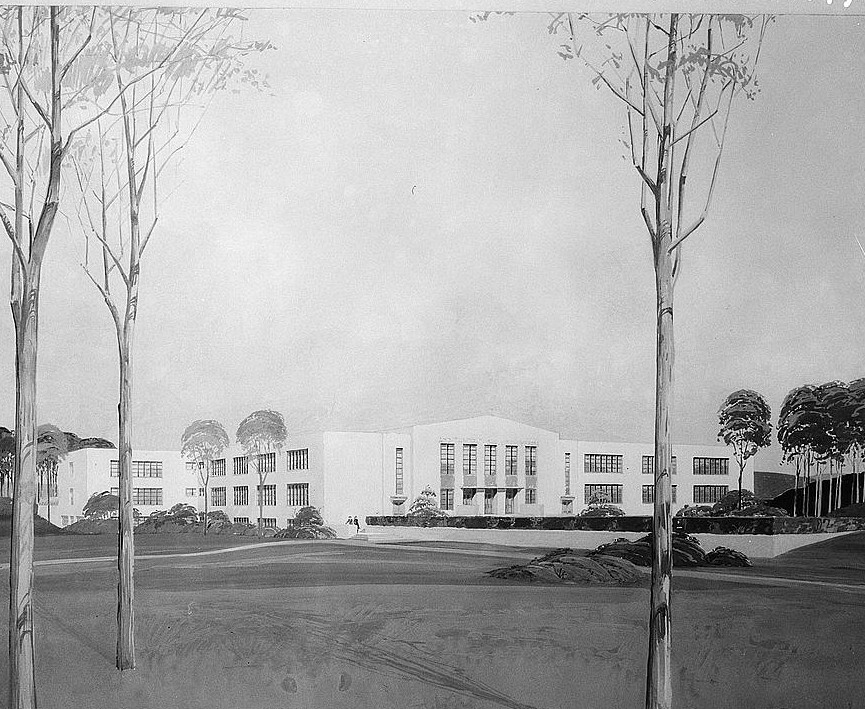 Greenhills, Ohio. A community planned by the Suburban Division of the U.S. Resettlement Administration 1936 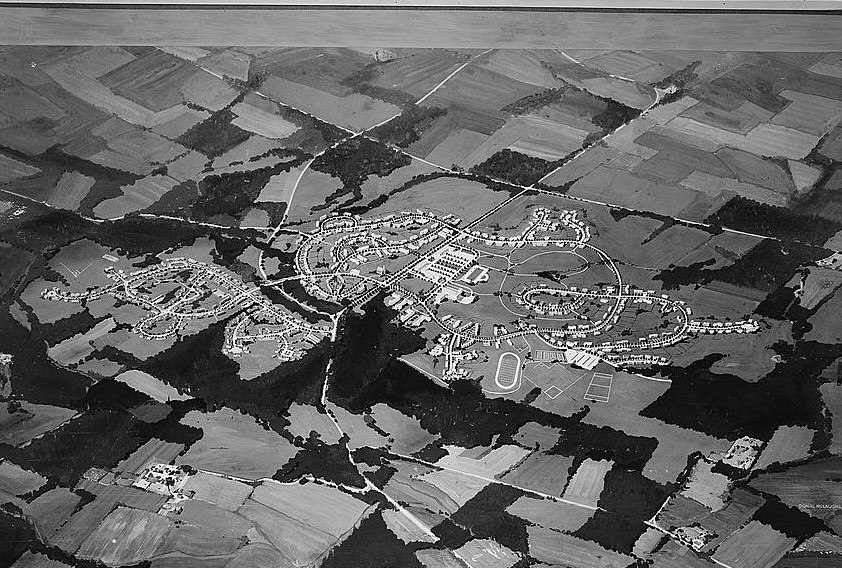 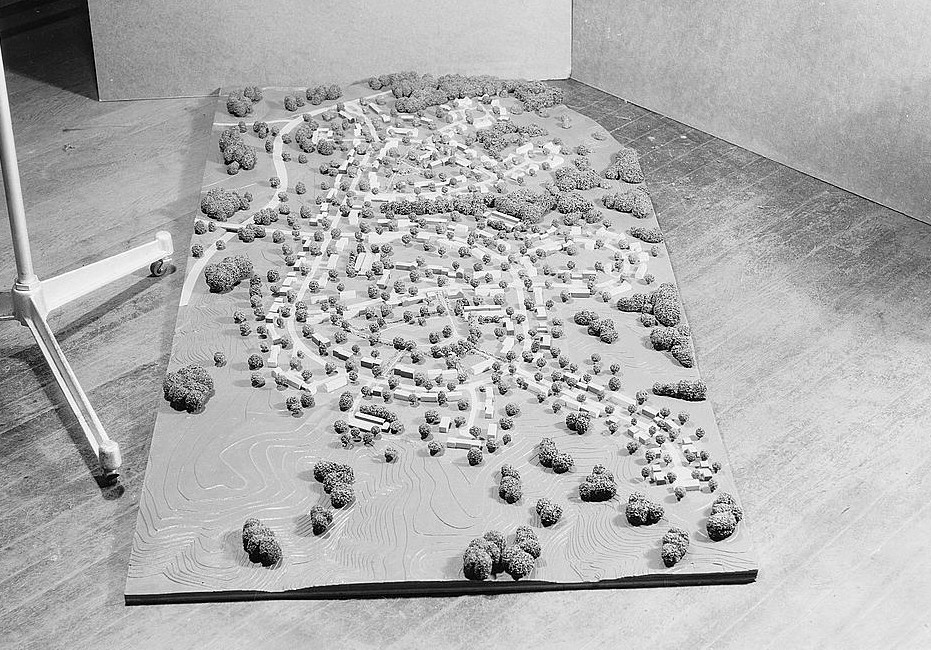 Living rooms were in the rear of the house, overlooking the open vista

The orientation of the rooms in the “Original” is also unusual compared to homes built today. Living rooms were placed in the rear of the house, with a large picture window overlooking the open vista in the backyard. In most cases, the main entryway was placed on the side or in the back of the home. The entrance near the curb (in the small extension of the building) provides an entry into the utility room. The homes are fondly referred to as having been built backwards. 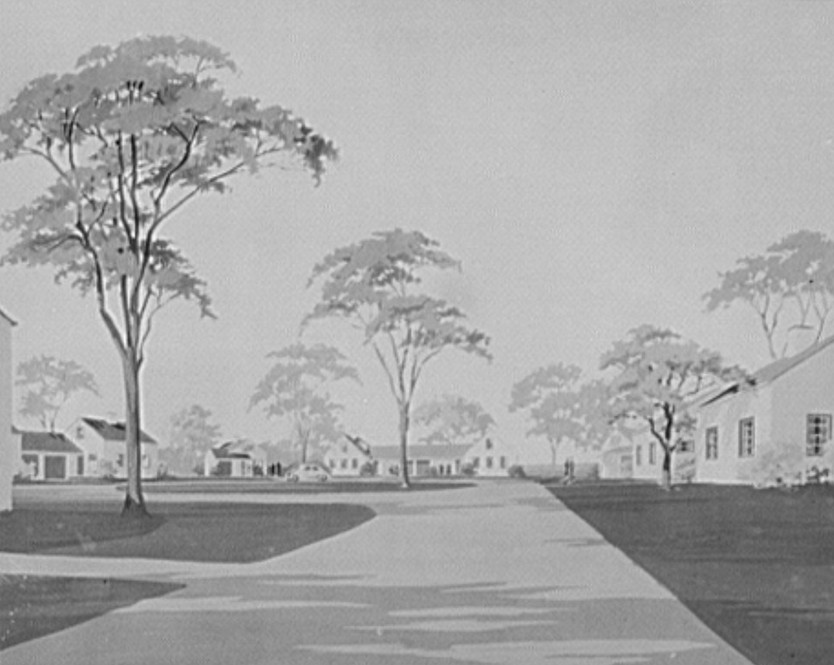 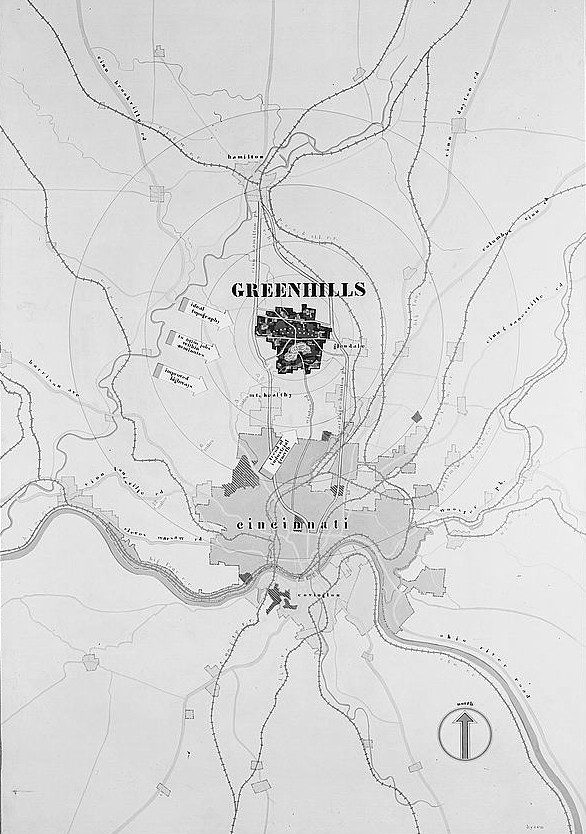 The houses were designed to be mass-produced

The houses were designed to be mass-produced using steel frame construction and insulated panels. 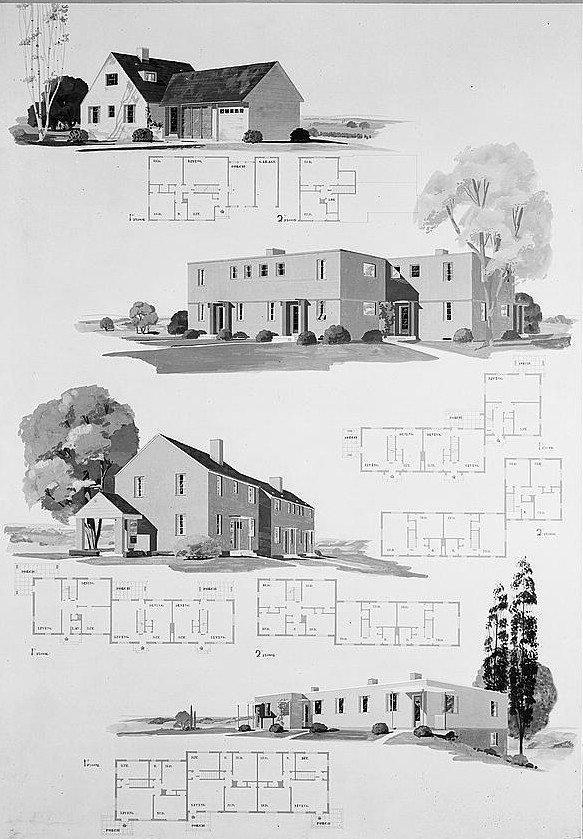 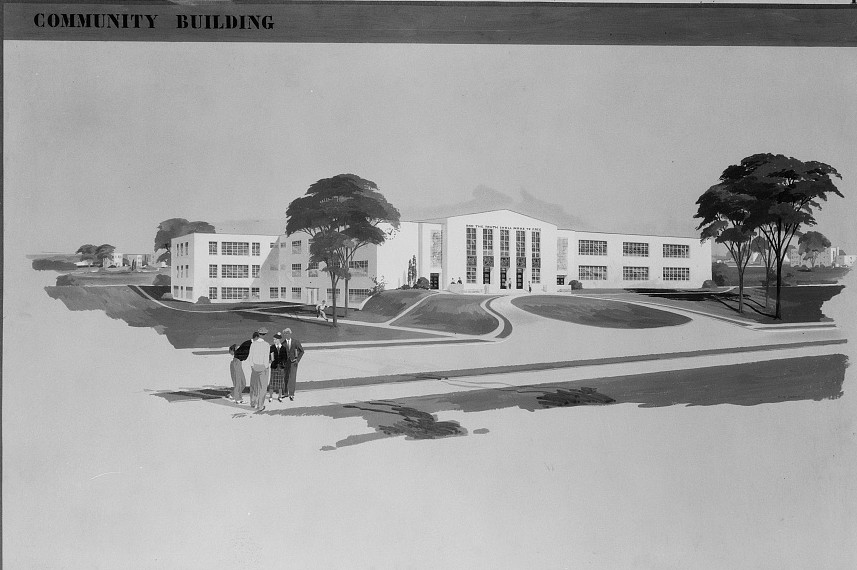 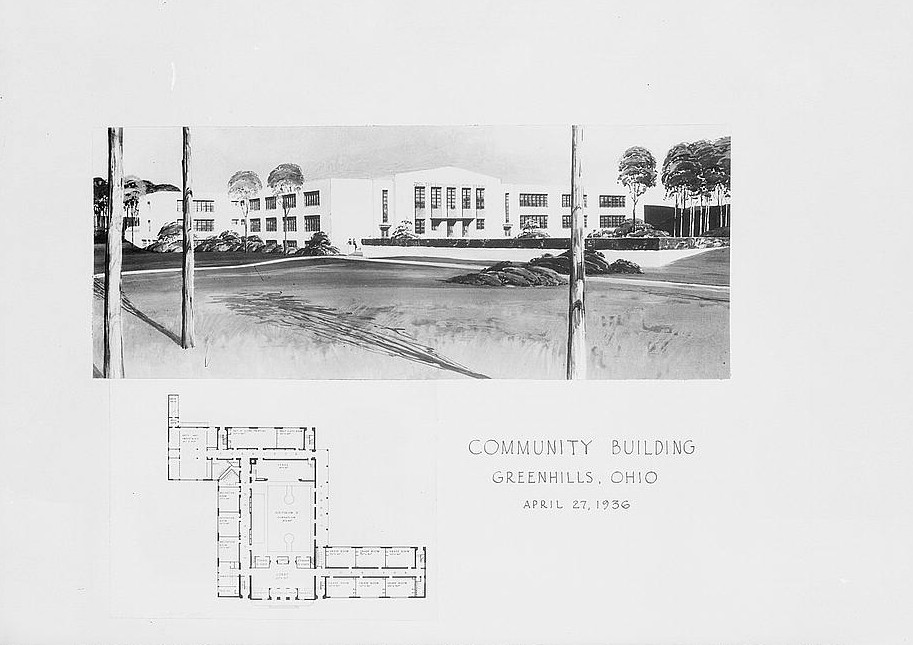 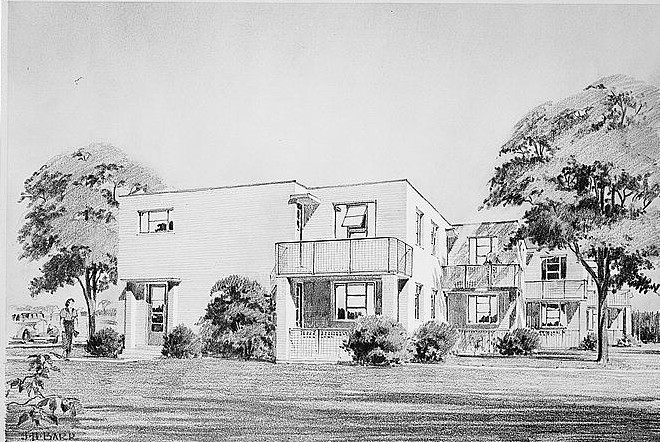 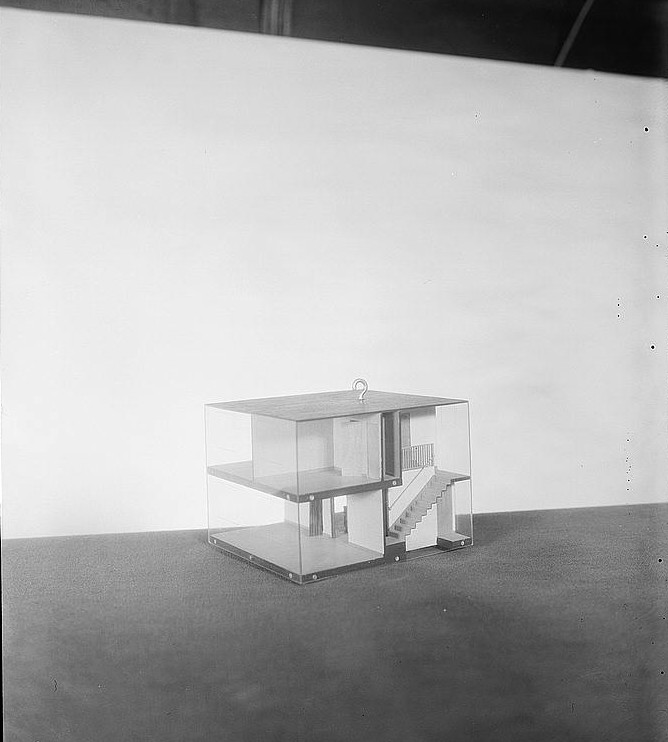 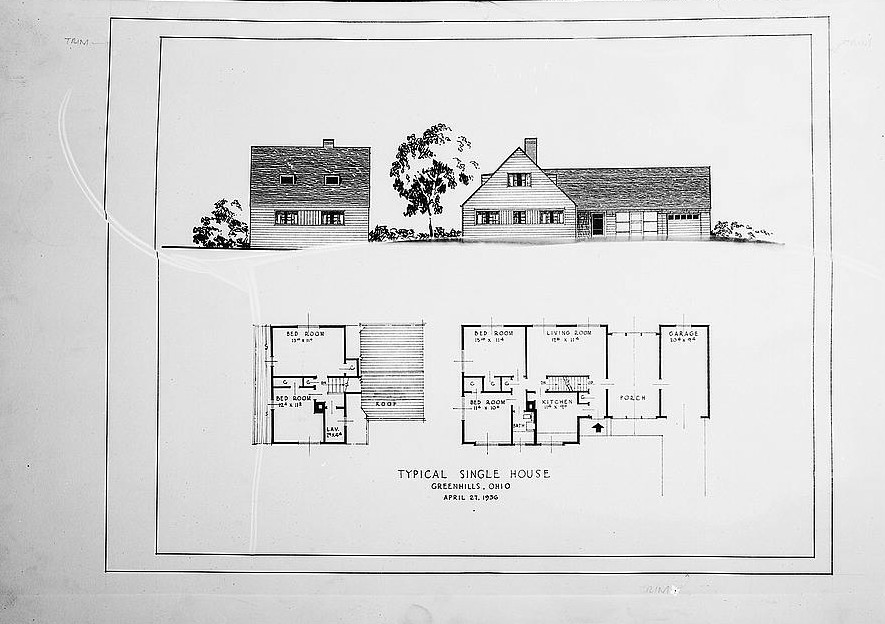 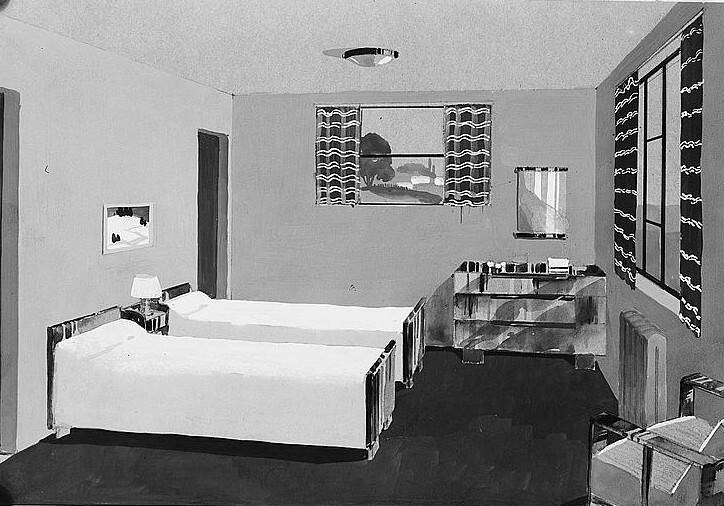 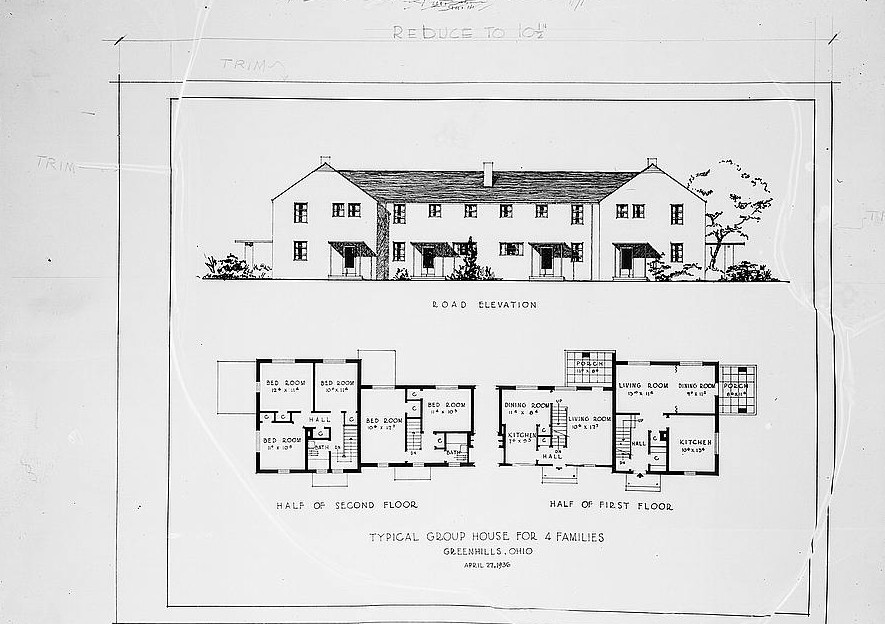 Bestselling novel RIBBON OF LOVE: 2nd edition – A Novel of Colonial America (Tapestry of Love Book 1)is the story of a first family in colonial America who eventually migrated to Alabama.