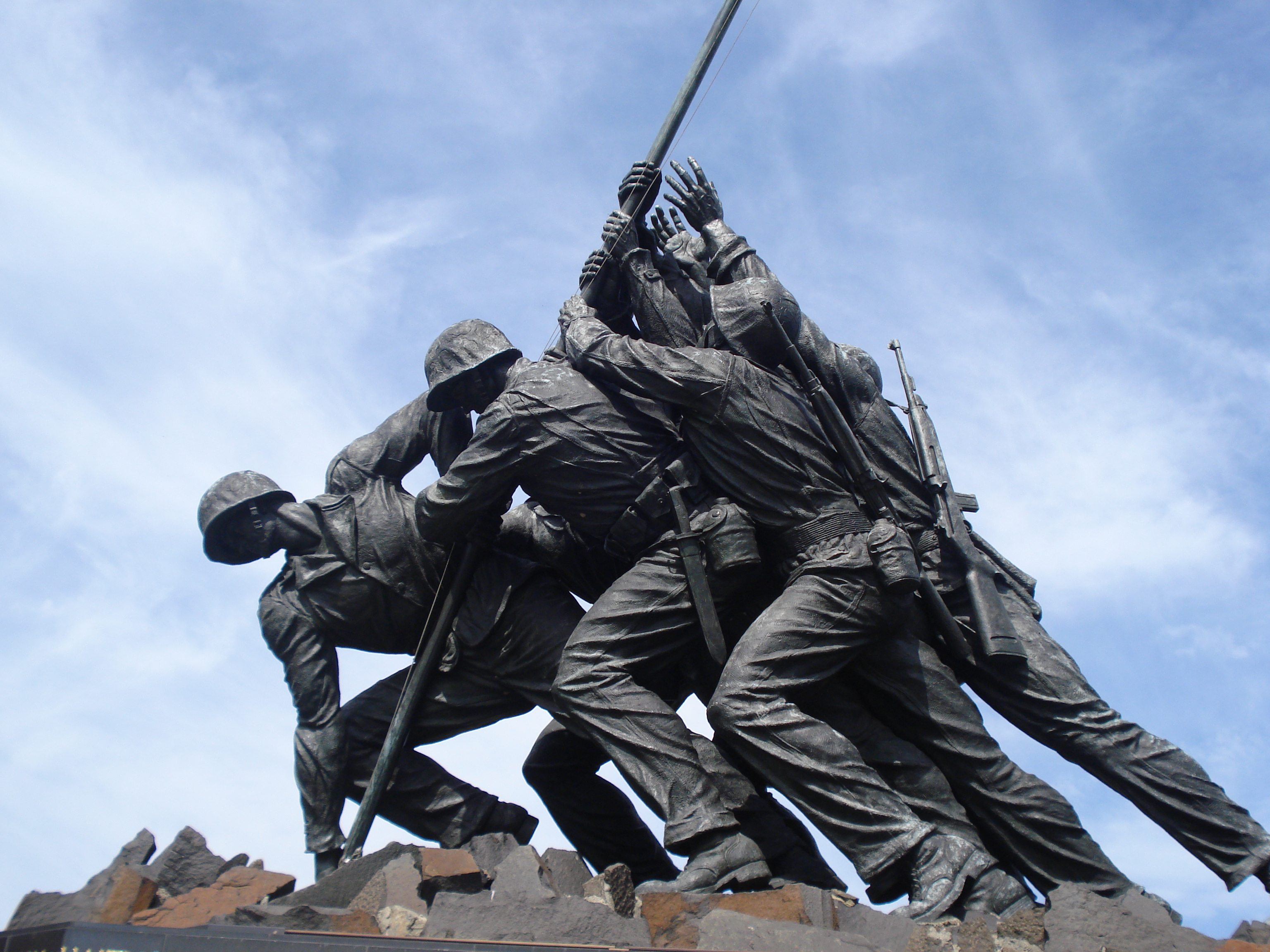 Update: “The identity of an American serviceman in one of the most iconic photographs of World War II, the raising of the American flag over Iwo Jima, has now been called into question by his son, who wrote the best-selling book that memorialized his father’s role. See note at bottom of this story.

Some descriptions are very graphic and readers should know that most of the young soldiers at Iwo Jima were only 17, 18, and 19 years old!

In 1953 I took basic training at Fort Knox, Kentucky and then was sent to Fort Devens, Massachusetts to join the 278th Infantry Combat Team. We kept busy going on various training trips but were never deployed overseas for combat. Therefore, I cannot truly relate to this story and can only tell what I have read.

The Iwo Jima memorial in Washington, DC is the largest bronze statue in the world and depicts 6 brave soldiers raising the American Flag on a rocky hill (Mt. Suribachi). 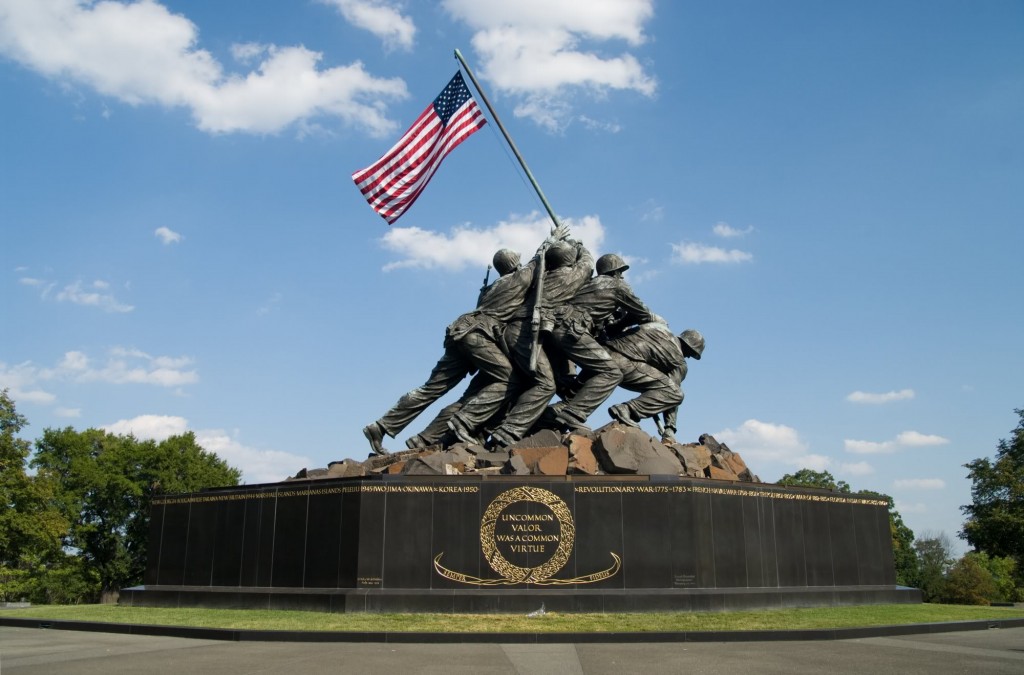 Looking at the statue, the soldier putting the flag into the ground is Harlon Block who enlisted in the Marine Corps with all the senior members of the football team. Harlon died at the age of 21 holding his intestines with his hands. 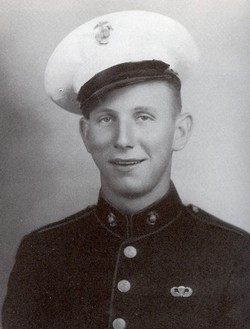 The next soldier is Rene Gagnon from New Hampshire. It was said that Rene kept a picture of his girlfriend in the webbing of his helmet. He was 18 years old when he died. 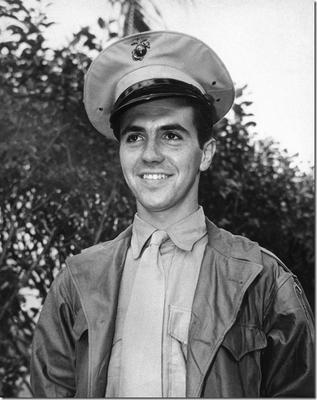 The next soldier is Sgt. Mike Strank. He was the hero of the others and they called him the “old man”. He was 24 when he died and was credited with motivating the others in training camp.

The next soldier is Ira Hayes, a Pima Indian from Arizona and was one who walked off and afterward went to the White House where President Truman told him, “You’re a hero”. He told reporters “How can I feel like a hero when 250 of my buddies hit the Island and only 27 walked off alive”.

When country singer Johnny Cash became famous in the 50’s he had success with a music album called “Ring of Fire”. In this album is a song about Ira Hayes, the Pima Indian.

There they battled up Iwo Jima‘s hill,

But only twenty-seven lived to walk back down again

And when the fight was over and when Old Glory raised

Among the men who held it high was the Indian, Ira Hayes.

Not the whiskey drinking Indian

Nor the Marine that went to war.

The next soldier is Franklin Sousley from Hill Top, Kentucky (a small community a few miles north of the Tennessee border). His best friend tells about the two of them taking 2 cows up on the porch of the Hill Top General Store (evidently the main building in this community). 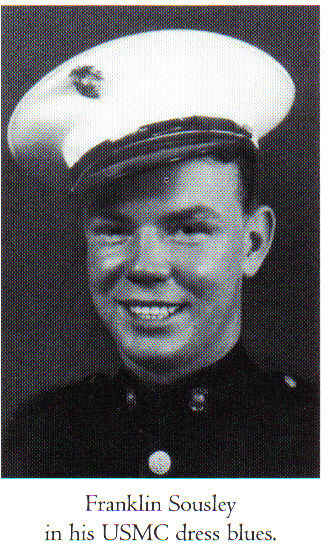 They strung wire across the steps so the cows could not get down and fed the cows Epsom Salt. Those cows crapped all night. They were fun loving, hillbilly boys. Franklin died on Iwo Jima at the age of 19. When the telegram came to tell his mother that he was dead, it went to the General Store. A barefoot boy ran the telegram up to his Mother’s farm. The neighbors could hear her scream all night and into the morning! Those neighbors lived ¼ mile away.

The next soldier is John Bradley from Antigo, Wisconsin who lived until 1994. He also went to the White House with Ira Hayes. He was a medic and was credited with holding over 200 soldiers as they died. 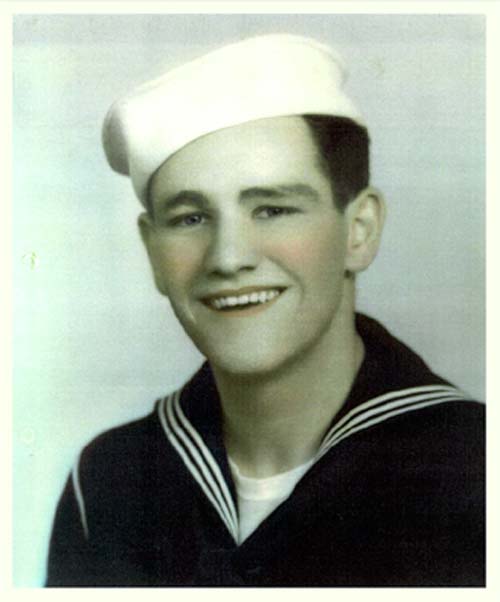 The soldiers that died in Iwo Jima writhed and screamed because there was no medication for the pain. He told his son James to always remember that the heroes of Iwo Jima are the soldiers who did not come back.

John Bradley would never give interviews even to important people like Walter Cronkite and usually instructed his family to say he went fishing in Canada although he was somewhere in the house. In summary of the 6 young brave soldiers, 3 died and 3 came back as heroes. A total of 7,000 soldiers died on Iwo Jima which was the worst battle in the history of the Marine Corps.

Sadly, we forget so quickly what it takes in sacrifice, determination, and dedication from the Revolutionary War to the present to deal with the evil in the hearts of man and thereby protect our freedom. 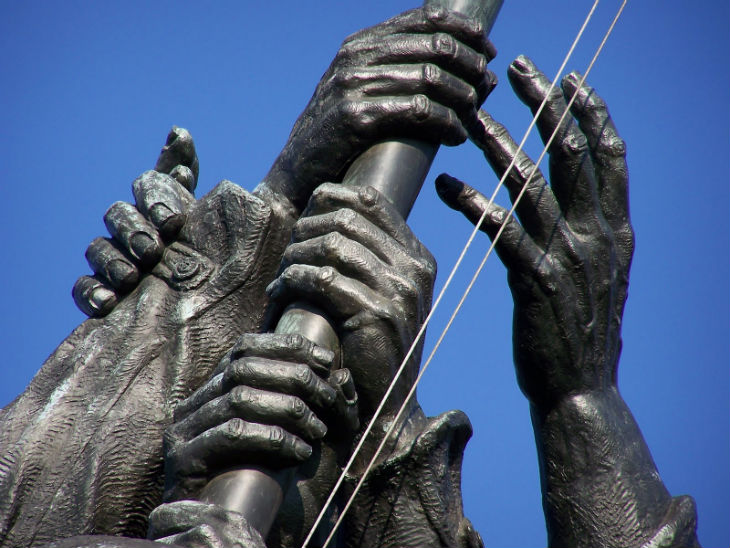 It is important that if you inspect the statue closely and count the number of hands raising the flag, there are 13. When the man who made the statue was asked why there were 13, he said “the 13th hand was the hand of God”.

My resource material for this story was from the writings of John Bradley’s on James, and sent to me by a friend several years ago. James also wrote a book about the statue called “Flags of Our Fathers” which was on the New York Times best sellers list.

NOTE: “The identity of an American serviceman in one of the most iconic photographs of World War II, the raising of the American flag over Iwo Jima, has now been called into question by his son, who wrote the best-selling book that memorialized his father’s role.

James Bradley, the author of “Flags of Our Fathers,” said in an interview Tuesday that he no longer believed that his father, John Bradley, a Navy corpsman, was one of the six American service members who have been long identified in the photograph.” Read the NY Times article:  Flags of Our Fathers’ Author Now Doubts His Father Was in Iwo Jima Photo

Check out all historical books by author Donna R. Causey

ALABAMA DEATHS FROM WW I –  includes all the deaths from World War I, listed by the county where they last resided.