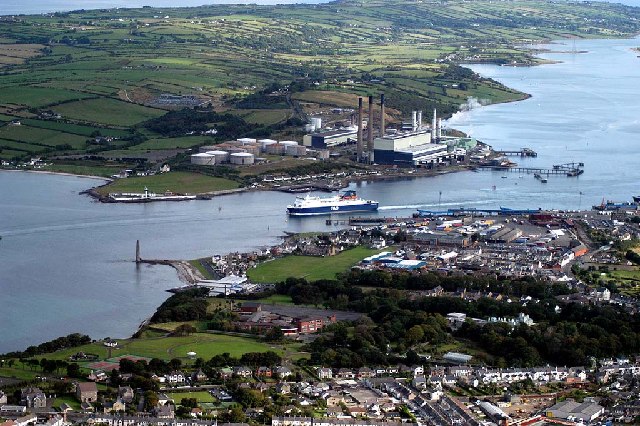 In the port of Larne, Ireland, John Cork and his wife Elizabeth, heavy with child, boarded the ship, “Lord Dundee” in high spirits. October 4, 1772 seemed more like summer than fall. James Gillis was the captain of the 400 ton ship that carried a group of Protestant refugees bound for America. The Bounty Act passed by the General Assembly of South Carolina on July 25, 1761, gave benefits to religious refugees to settle in that state.

Elizabeth’s tomboyish ways had made them childhood friends. As a child she could run or fight with the best of the lads and chafed against the attempts of her mother and grandmother to make a lady of her.

“I’ll never have the title of lady, why should I bear the nuisance,” she said and tossed her untamed curls in the sunlight. Her sunbonnet was a hated symbol of women’s restrictions and her golden cheeks had sprinkled freckles.

They became sweethearts and talked of the adventures the future might bring. Her mother taught her homemaking skills and her grandmother taught her to spin and weave the warm fabrics so valued in the shops of County Antrim, in the area that would later be called Northern Ireland. They had married on her 18th birthday and moved into the tiny attic room in her mother’s cottage.

Presbyterians in a Catholic land, John’s strong beliefs often led him into disputes with his neighbors. The plans to move across the North Channel to Scotland were changed when news came from the colonies in America. Young men from their village wrote glowing reports of the rich lands granted them in South Carolina.

Handbills posted at the church promised 100 acres for each single person 16 and up and 100 for each married man. Another 50 would be granted to the wife and to each child. When their little one was born they would have 200 acres to start their farm.

Two days from land the storms began. The tossing, creaking ship was filled with seasick passengers. The nausea that had touched Elizabeth in the summer was mild compared the great wrenching episode she suffered now. John felt little better although he sometimes escaped the stinking quarters below deck for a walk in the fresh salt air on deck.

“John, I don’t know whether it was your trouble getting along with the Catholics or the promise of free land that put us on the wretched voyage, but it’s a miserable journey to a strange place, if we make it.” Elizabeth said, at first teasingly, then bitterly as the terrible weather and complications of pregnancy kept her confined to the narrow bunk.

Labor began violently on a December night nearly ten weeks into the voyage. Women passengers tried to send John up on deck, but he stayed and stroked her brown and held her hand and talked about the farm they would soon carve out of the wilderness.

After dawn the baby was born, so tiny and weak the first wail sounded like a kitten. John cuddled him inside his coat while Elizabeth sipped hot broth to give her strength. The baby’s frailness, the shock of birth, and the cold were too much. He died at noon and the tiny body was tenderly wrapped and given to the sea.

John shivered in the penetrating winds and searched the western horizon. The cold was almost as painful and the last weeks had. been. Although the baby had only lived hours their grief was as great as if they had cuddled and loved and cared for it for years.

She just lies there, he thought. Her gray-green eyes have lost their fire and she is pale a s death. I hope she can get her fighting spirit back soon. We’ll need all the fight we can muster to clear land and start a crop.

Low on the western horizon the sun broke through. The ship and the mood brightened simultaneously. “Land ho,” came the long awaited call from the crow’s nest.

“Where away?” responded the officer of the deck. Bundled figures from all over the ship made their way to the rail for a first look as their new land. John hurried to tell Elizabeth the news. She had pulled herself to a sitting position when he reached her.

“Is it really true?” she asked. His smothering embrace answered her question. He rejoiced in their first positive response in days.

They were quarantined for fifteen days because small pox had broken out and several children had died. They went before grand court for their acreage allotment on January 6, 1773.

The farm was hardly established before the Americans began their war for independence. John Cork served as horseman for 119 days in 1781 and 1782. His records are in the Historical Commission building in Columbia. South Carolina.

John Cork was the only Cork listed in the state of South Carolina when the first census was taken in 1790. He was buried in the cemetery of Concord Presbyterian Church, the structure he had help build. His original marker was a small handmade stone with the inscription, “John Cork, died February 15, 1798, age 53 years.

The original house of John Cork, built in 1775 still stands about a mile and a half off South Carolina highway #321 in the Woodward community in a field surrounded by woods.

*Note:I reviewed documents with exact dates and places in revising this fictional story, but was not able to locate a copy of Mrs .Phillips’ book which is out of print.