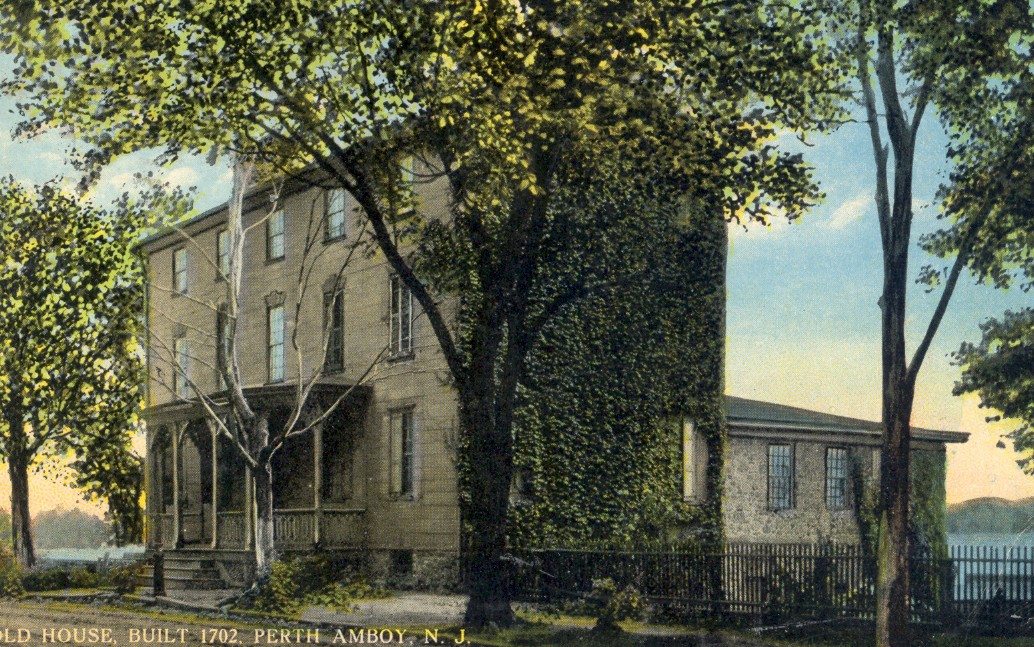 Northeast of the oldest dwellings in Perth Amboy, New Jersey is the Parker Castle, the stone wing of which is said to have been erected over a century before the Revolution. Eight generations of Parkers have been sheltered beneath its venerable roof, and it is still occupied by the family, although its environment is greatly changed.  It is now surrounded by dilapidated tenements, the site of its stables occupied by an iron foundry, and its once beautiful gardens with their picturesque water-front ruined by unsightly factories. (1902) 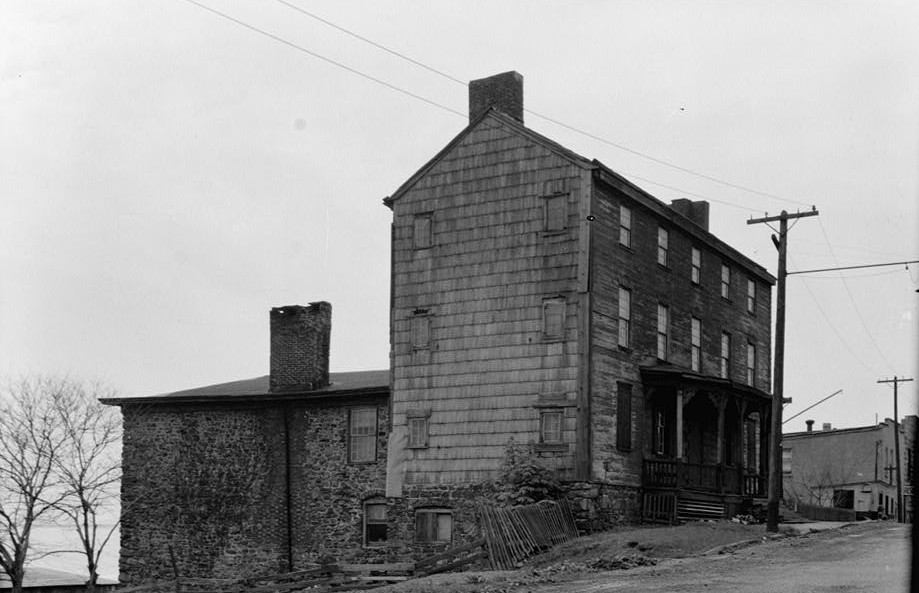 James Parker, one of the most noted members of the family of memorable gentility in New Jersey, and the builder of the Castle’s large wooden addition somewhere about 1760, was a very prominent man in the Amboy world Governor William Franklin knew. In 1771 and for two years following he was mayor of the city, then a position to which was attached great honor and dignity. At the outbreak of the Revolution he was appointed one of the delegates to the Provincial Congress, which he did not attend, unfortunately for himself, as subsequent events in his career prove.

NOTE: Perth Amboy recently discovered American historical treasures in the library basement as seen in the video below. 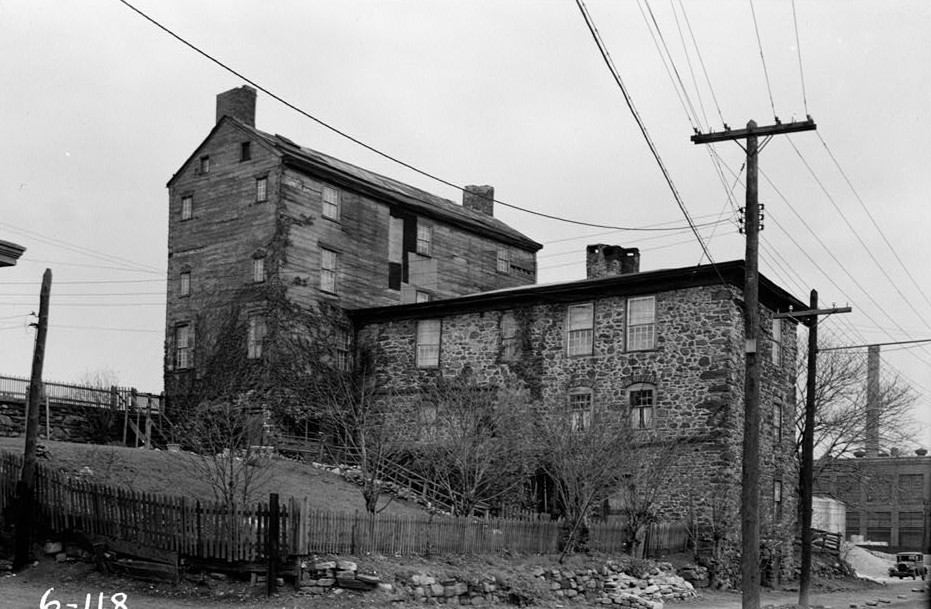 Although his wife was a Royalist and the daughter of a staunch Tory,—the Rev. William Skinner, who history tells us was one of the tribe of Macgregor and a friend of the Stuarts,—the deep interest he had at stake led him to assume the cloak of neutrality and to stand neither beside his king nor his adopted country. Early in 1775 he left the Castle, and removed with his family back into the Jerseys, to a place near Morristown, called Bethlehem, where he purchased or built a residence, which he called Shipley. There his neighbors, with sympathies red hot in the cause of freedom, suspected him of being a Royalist, and he was led off to the little jail at Morristown, where so many Tories languished during different periods of the war. He was incarcerated for a period of several months, much to the sorrow of his wife and children, who wrote him many tender letters of consolation. 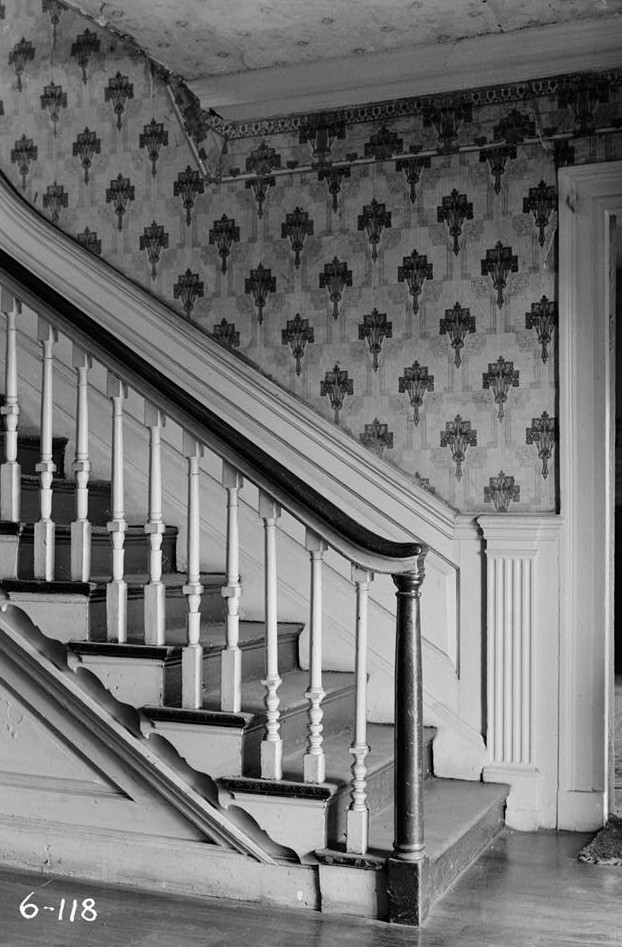 Men who did not join the army, no matter how strong their protestations of good faith to the colonies, often met with as bad treatment as their Tory cousins of more pronounced views. A friend and relative of James Parker, Ravaud Kearny, then living at his home, Mount Wurrows, near Kearny Point, has left us several records of his grievances in his letters. In an amusing one, written while James Parker was still at Shipley with his family, Kearny gives us a vivid portrayal of his injuries.

The letter was written to Major John Burrowes, of Middletown-Point, and begins: “A certain Dragoon belonging to Maj. Lee’s Corps, last Friday drove two Bull’s of mine out of my Field without giving me the least notice or Informing me of the Reason; being very intimate with the Major, and his dining at my house but two days before with several of his officers, I was certain that if he intended any such thing he would have mentioned it to me; I told the soldier that I believed he had no such orders from Maj. Lee and tho’ two of our militia men that was with him told me in his presence that he had no orders to drive off mine, the answer was two or three hearty Dams and he drove them off in triumph. … If it be Gen. Washington’s orders to take our winter provisions I must submit and the matter is determined.” 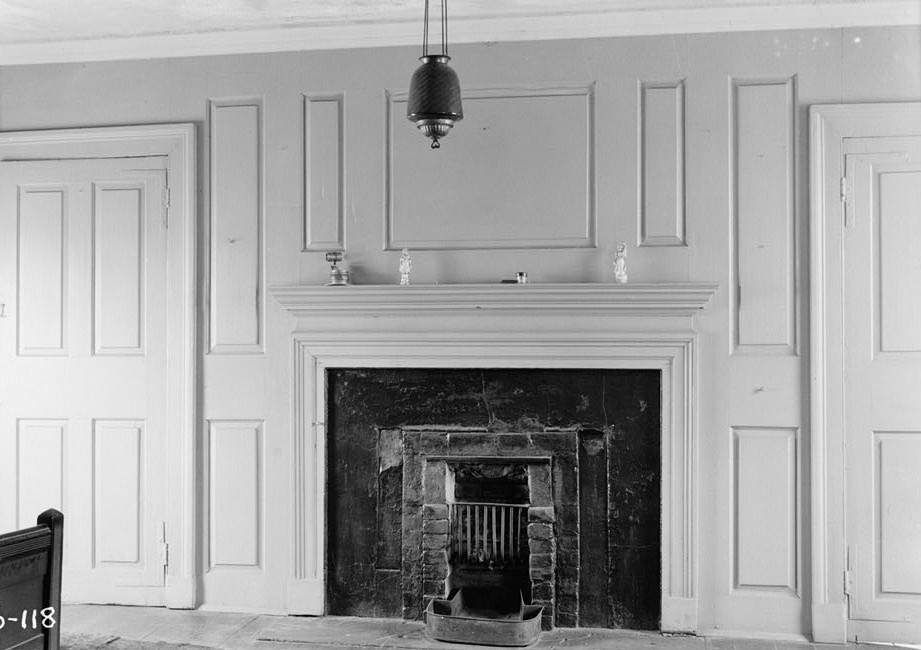 With a few more protestations against fate and his hard usage Kearny closes his letter. Perhaps it was trials like these and harsher usage at the hands of the American troops that moulded James Parker’s children into such ardent Royalists, even to the foregoing of pleasures after the war was over, out of loyalty to their ” dear king.” Elizabeth, or Betsy Parker, as she was always called in old Perth Amboy days, has left us many interesting pictures of early republican times in her clever and satirical letters to friends. In one, written from New York to her sister Janet, in Perth Amboy, at the time of General Washington’s inauguration, she says that she could not attend the ball given to Washington owing to respect for her other ruler; but she cautiously gives us a glimpse of feminine curiosity when she adds that she “went to view the new crystal sconces which were being put up in the assembly-room that afternoon.” 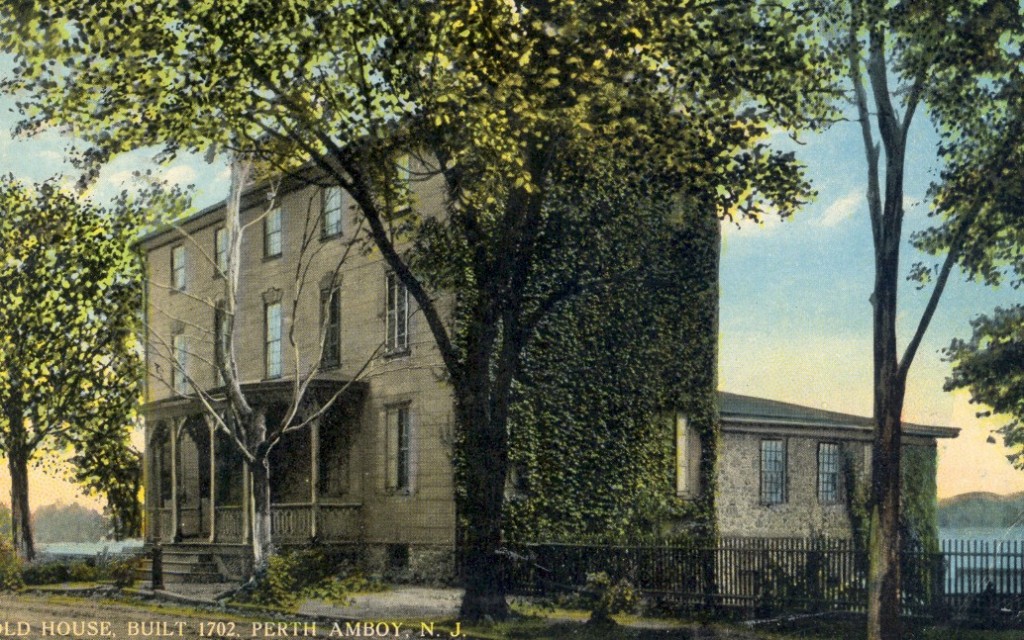 Used for barracks and a hospital

After living at Shipley until 1783, James Parker removed his family to New Brunswick, and sometime afterwards, owing to the influence of friends and his vehemently declared neutrality all through his imprisonment, he was able to secure his castle, which came near being added to the list of confiscated great houses in Perth Amboy. During the war it had been used by the British alternately as a barracks and a hospital, and there are said to have been many blood-stains on the walls and hoof-beats on the floor when the family returned to its welcoming shelter. There in that sad year after the Revolution was over, in the rooms where many a noble entertainment had been given during Governor Franklin’s regime and in the times of the long list of governors preceding him, the aristocratic Royalist society, the flower of Amboy, came in twos and threes to say good-by before sailing for England.

There were no more stately quadrilles, no more courtly games of trick-track and la prime, no more laughter,—only tears and weeping farewells. In many a group was a fair girl who afterwards became “my lady,” and many a handsome youth destined to be knighted, then glad enough of a berth on some small merchantman to bear them home to the country of which they knew only by hearsay, but for which they had risked and lost all. One who visited the Parker Castle many years after the royal cross of St. George had been taken down from the flag-staff in the centre of “Amboy Green,” where the youth of the city have sported for more than one hundred years, wrote of it as “a venerable and fascinating pile, and a worthy rival of the storied homes of older lands.” Describing the drawing-room, its largest apartment, she says: “It was a long room, with walls painted a dull green. The spindle-legged Chippindale chairs, and the great claw-footed ‘ Orleans sofas,’ as they were called in those days, were covered with slips of white dimity.

Never was there a prettier scene than on those summer afternoons when Miss Betsy Parker gave her galas, or tea-drinkings. The noble, snow-crowned old lady, throned on her most pretentious white-covered sofa, was a picture of age made lovely as her guests flashed about her and paid their homage. Outside the millions of unfurled leaves danced and sang and threw soft dark shadows on the festive scene, and the sweet scents of old-fashioned flowers, white jasmine and musk roses stole through the aged casements. In that beautiful old green drawing-room, where the gay, witty Betsy of early years said good-by to her girlhood friends, she and her sister continued to receive all that was best in Amboy society for over half a century.” From old letters and Amboy tales we know of many of the long list of notables who came there.

Among them were Admiral Porter, then Captain Porter, and his fine buxom daughter, who summered every year at Brighton House; the gallant Captain John Angus and little Julianna, the pride of his life, who sleeps in old St. Peter’s Churchyard under one of Madame Scribblerus’s epitaphs; Ambassador Meade, at whose wedding to Miss Butler, of Perth Amboy, Miss Betsey Parker was presented with a jewelled snuff-box; Old Judge Nevill, who edited the first magazine printed in New Jersey, and which for a time was published by James Parker, and William Dunlop then the happy manager of the Park Theatre and the author of the successful tragedy of ” Major Andre.” Who knows, too, but perhaps Aaron Burr came there when staying at Captain Lewis’s house after his duel with Alexander Hamilton, or Joseph Bonaparte on the very day that his famous brother was sent an exile to St. Helena, for it is said he was in Amboy on that occasion. But no one is left to tell us if these maybe correct surmises are true.

The daughters of James Parker are all asleep beneath violet-grown graves, under the holy shadows of old St. Peter’s, that historic place of worship, famous for its massive silver communion-service, presented by Queen Anne, and its melodious bell, given by some old sea-dog of the eighteenth century. The Amboy they and their father knew, with its beruffled and gold-laced aristocracy, its fair days sanctioned by the crown, with their merry hawking, cudgel-playing, and marionette shows, its stately dances and sumptuous feasts, is no more. The quaint little shops on the crooked lanes and side-streets near the water-front, where India muslins, rich silks from China, and heathen gewgaws could be bought, closed their doors almost a century ago. The beautiful gardens of Amboy are only memories.

The stately mansions, the delight of so many generations of Amboyites,— Edinborough Castle, the home of the Johnstone family; the Watson House, where John Watson the first painter mentioned in the annals of American art resided; the Willocks, Angus, Hamilton, Farmar, Terrill, and Montgomerie homesteads,—have all fled before the encroaching hand of time. It is true that still standing are many old houses with histories, a few proud monuments to family cohesiveness, like the Parker Castle and the Paterson Mansion, but most of them are rapidly decaying old hulks of buildings, longing for death at the hands of the elements. They are the poor relics of a once proud city, which its early proprietors hoped would one day be the pride of the western world and a glory to their king.

In this action packed novel depicting true events the family saga continues with Ambrose Dixon’s family. George Willson witnesses the execution of King Charles II and is forced to leave the woman he loves to witch hunters in 17th century England as he flees to his sister, Mary, and her husband Ambrose Dixons home in Colonial American. Ridden with guilt over difficult decisions he made to survive, George Willson and the Dixon’s embrace the Quaker faith which further creates problems for their existence in the New World.