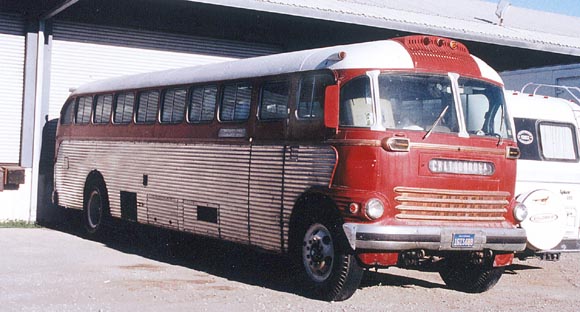 (Going off to college was much different in 1946 compared to present day.  Many students on farms had never seen a big city as this story by a contributing author reveals.)

I never felt more alone in all the seventeen years my life; yet I had more people milling around me than I had ever seen in one place before.

It was the first days of November 1946. Early that morning Poppa had driven me in our 1935 Chevrolet to Oxford, Mississippi where I’d caught a bus going to Jackson, Mississippi. I kept trying to see the speedometer on the bus, but that dashboard had so many dials on it I couldn’t tell which was what!

One thing for sure, we could not get there fast enough for me. It wouldn’t bother me if he drove 70 miles an hour! He must have driven considerably slower than that because it was five hours before we got to Jackson.

When we got to Jackson, I was supposed to take another bus over to Clinton where my brother lived. I was going to live with him and go to college at Mississippi College in Clinton, Mississippi. I sat there listening real carefully as the calls came over the loud speaker, but not once did I hear them announce a bus loading for Clinton. When it got past time for the bus to leave, I asked a ticket agent and he told me it had already gone. I had missed the bus! Might have known the country bumpkin would mess up on his first commercial bus ride! 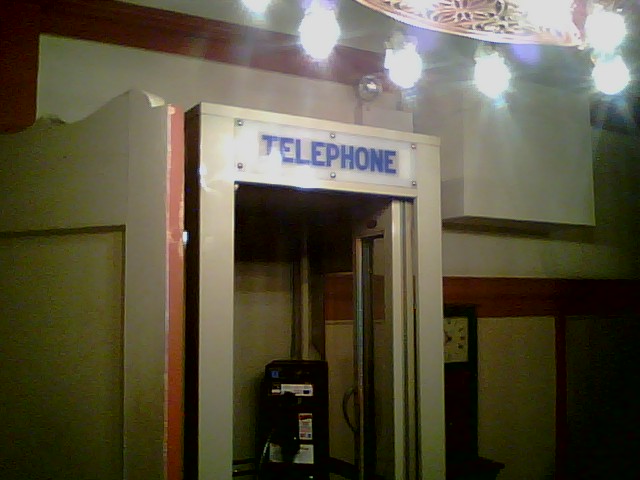 Now what was I going to do? What would my brother do when he met the bus in Clinton, and I was not on it? It wasn’t more than ten miles but he didn’t have a car, so he couldn’t come after me. How would he learn what happened to me?

I could call them, that is, if I knew how to use a telephone

I had seen telephones. Occasionally Poppa would let me go with him and Momma to New Albany, the county site town where they went to get groceries two or three times each month.

A few of the stores there had telephones, and I had seen telephones in some of the courthouse offices where Daddy frequently went to take care of some farm business. I knew people used telephones to talk to people who were miles away, even people in other towns, but I had never used one and didn’t know how even to begin. Still, the idea of calling my brother’s in-laws kept coming back to me as the best thing for me to do.

The booth had a light in it and a book

I had seen two or three of these little boxes marked “phone booth” scattered around the bus station. Each one was a small square with folding doors and when I went in and closed the doors, I could hardly hear the noise of all the people moving around in the bus station.

The booth had a light in it and a book called a “telephone directory.” Picking up the book and looking in it I found just what I needed–instructions on how to use a telephone! I read everything about listening for the dial tone, how to put my finger precisely over the correct number and move the dial all the way around until the guard stopped my finger.

I learned to hang up and try dialing a minute later if I heard a repeating buzz, buzz, buzz which indicated the called number was busy. I didn’t really understand that last thing. Not trusting myself to remember it all, I read the pages over and over trying to commit it to memory.

I knew my brother’s in-laws were named Shanahan.

When I finally thought I understood what to do, I decided to try it. In spite of all my study I was afraid I’d mess up again. Hadn’t I already shown what a good “messer upper” I was by missing the bus in the first place? Then the idea came to me if I did mess up, nobody would know it but me, so I decided to go ahead and try. I knew my brother’s in-laws were named Shanahan.

Would you believe somebody answered! I fully expected to goof up, so when someone answered, I was surprised. I gave the person my name, and of course, they knew who I was. It felt so good to talk to someone who knew who I was! I’m sure I blurted out my whole story and I’m not sure I didn’t cry a little, but the one who answered assured me they would get in touch with my brother and he would call me. They asked me to give them the number on the telephone from which I was calling. Then we hung up and I sat there waiting for the phone to ring.

Was I ever relieved to hear his familiar voice!

After a few minutes it did ring and very hesitatingly I answered it. It was my brother! Was I ever relieved to hear his familiar voice! He said I probably missed hearing the call for the bus to Clinton because Clinton would have been named in a list of the names of other towns between Jackson and Vicksburg.

He called the names of several of the towns that would have been called along with Clinton. Then he suggested that I ask the ticket agent for the number of the gate where the next bus to Vicksburg would be loading. He gave me the time for the next bus to leave and he promised to be waiting for me when I got there. Armed with all that information I successfully made it to Clinton, to my waiting brother, and on the next Monday I registered for my first 9-week term of college.