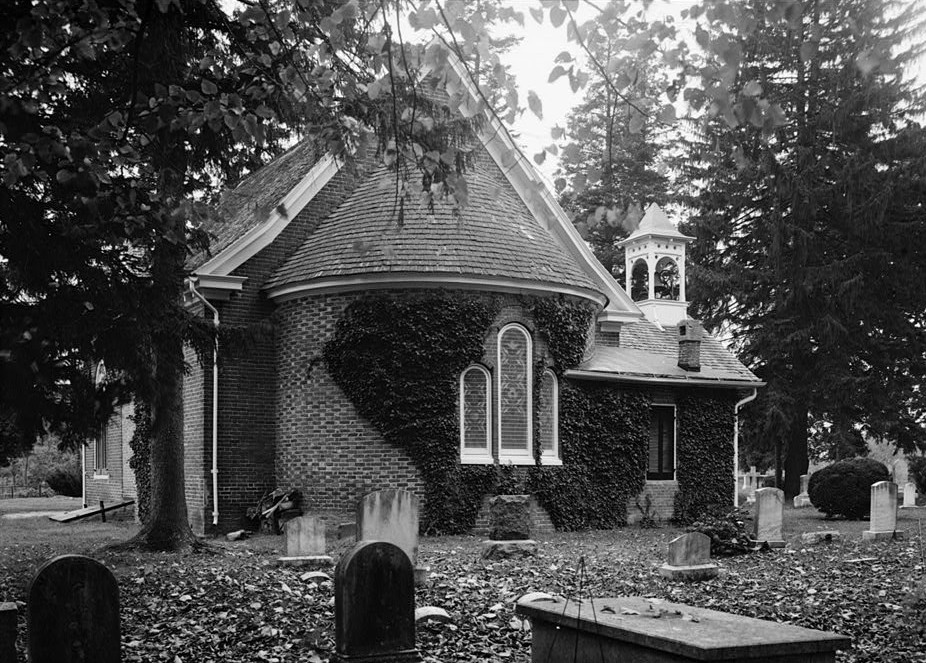 Surrounded by giant oaks and sycamores, by boxwood and fragrant pines, by tombs of the humble and the rich, St. Paul’s stands today a real monument to the energy and religious zeal of those Church of England members who settled in Kent in the colonial days of more than 200 years ago.

Rev. Dr. Ethan Allen in his manuscript covering the early Church in Maryland says: “St. Paul’s Parish was organized in 1692, but as early perhaps as 1650 there was a church called St. Peter’s at Church Creek, [Kent], near Gray’s Inn Creek, two miles from Chester River near the town of New Yarmouth, which was on land sold by Major Thomas Ringgold. A burial ground is there and graves well arched over.” 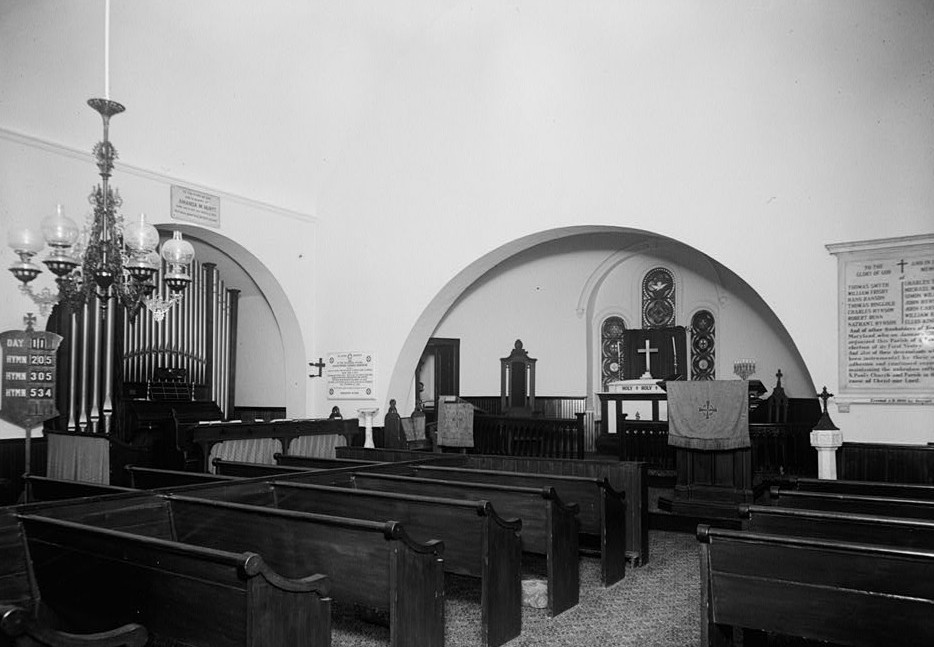 Old structure was there before

The building of St. Paul’s Church on the present spot in 1713 was to replace an old structure which had stood on the site ever since the”Establishment.”

Whether any church had existed there prior to that date is a matter yet undetermined. At the time the English Church was established Thomas Smythe. of “Trumpington;” William Frisby. of “Hinchingham:” Charles Tilden. of ‘Great Oak Manor:” Michael Miller, of “Arcadia;” Hans Hanson, of “Kimbolton.” and Simon Wilmer. of “Stepney.” were among the principal freeholders in the parish and they were elected as vestrymen. 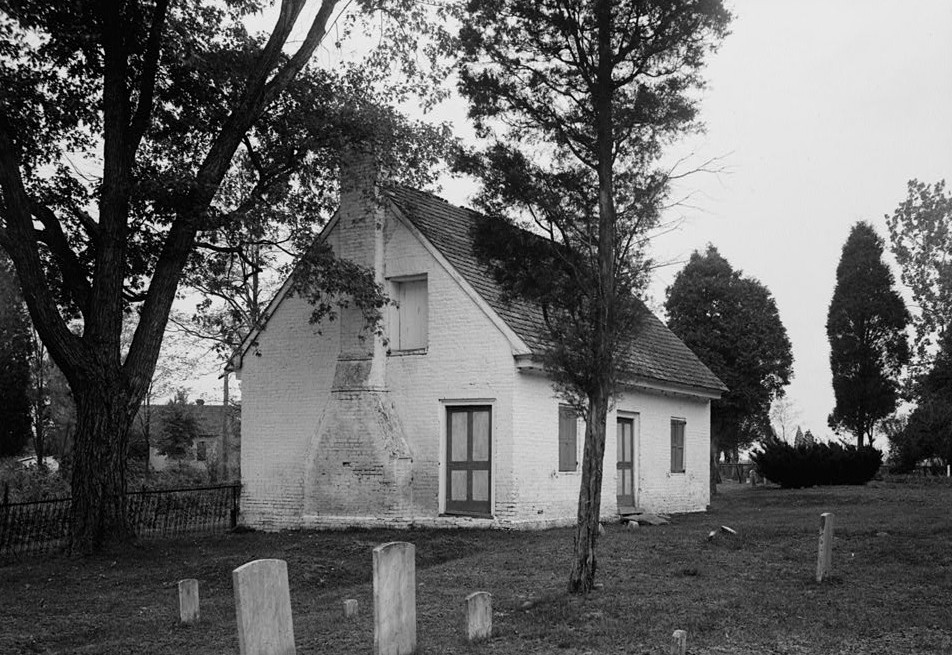 One of thirty parishes in Maryland

They lived many miles from St. Paul’s: in fact, all sections of this old parish were represented in the selection of these gentlemen as vestrymen.

St. Paul’s was one of the thirty parishes that were laid out in the Province of Maryland in accordance with the Act of Assembly of 1692. This parish, with that of Shrewsbury, covered all the territory now within the geographical bounds of Kent County.

The dividing line between these two parishes was at that time taken as the boundary between Cecil County and Kent County and to determine the location of this line an Act of Assembly was passed April 4, 1697. authorizing a survey to be made.

Capt. Edward Blay, representing Shrewsbury, and Michael Miller, representing St. Paul’s, were appointed to be present at the running of the line between the parishes. They were to report to the Assembly “with a fair demonstration of the division line which is to be lined out by a line of marked trees.” Simon Willmore. [Wilmer]. then Surveyor of Kent County, was to do the surveying. They determined upon a line running from what is now known as Goose Hill to the headwaters of Churn Creek.

There is an old building called the “Vestry House,” which has the date 1766 worked in the bricks of the gable, that stands at the western entrance of the cemetery. The land on which this old building stands was bought of Thomas Ringgold and the deed recites—”this five acres of land is bought for the benefit of air and shade to the parishioners and their horses round the church in attendance on divine service and for the building of a vestry house thereon and any other parish use whatever.” 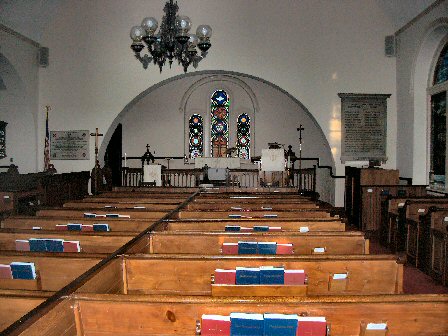 It measures 30 feet by 40 feet with a semicircular apse on the east gable. Additions occurred after 1841, when a robing room was built (later enlarged in 1967) then around 1908, when an organ room was built, It is the earliest existing Episcopal church building on the Eastern Shore of Maryland, except for the restored Trinity Church, Church Creek and one of the first parishes established by the Colonial Assembly in 1692 for the dissemination of the Church of England throughout the province.

It was listed on the National Register of Historic Places in 1980.

Faith and Courage: A Novel of Colonial America (Tapestry of Love) (Volume 2) – a historical novel set on the Eastern Shore of Maryland