We have trucks, moving vans and paved roads today which makes moving from one state to another much easier. Imagine having to pack up an move all your belongings in covered wagons and on trails rather than paved roads.  The task seems daunting, but this occurred, even as late as the early 1900s as revealed in this story.

It was located on the top of the Northern end of Sand Mountain. It was built very quickly with green lumber and what ever was handy. It wasn’t built to last very long. “Cole City” Dade County Georgia. 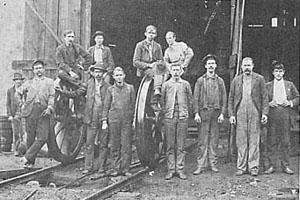 This town was incorporated in 1873. This name was a corruption of the word “coal” in reference to the Dade County Coal Company there.

During the late 1800 Dade County was very populated, an active Coal, and Iron Ore mining region.

There is very little evidence of a town ever being there now. Only some traces of the mines and some bricks used in the furnaces. Today the area has very few residents, and is mostly wooded with a few farms scattered here and there. ( I visited there about 1993)

After the coal mines closed. My Granddad, Joseph Monroe moved from Dade County with his family about 1908. They moved to Russellville, Arkansas, Pope County. Joseph moved his family by train.( I bet that was a long hard trip. With his small children. Even by train.) Dad said he remembered moving by train. But he had forgotten from where to where. 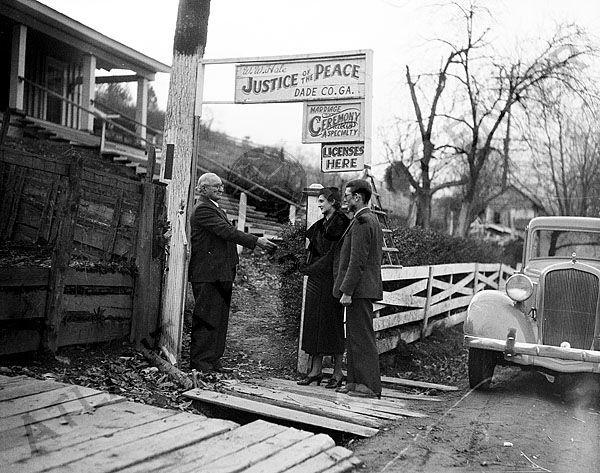 It took me several years to find out just where Dad was born. He didn’t know if it was in Georgia or Alabama.

I have a picture of the Rail Road bridge that crosses the Mississippi at Memphis. The bridge was built in 1906.

He worked in the coal mines

Joseph Monroe Suttles was living in Pope County, Arkansas, Illinois Township with his family in the 1910 census. While living in Pope Couny. Joseph and Rhoda Ann had three children born there. Alvie Claude and Malvie Maude They were twins. Another Son, Alton. Was born there. He died a short time after he was born.

Later Granddad moved his family to Dallas, Texas. They moved by covered wagon. It took two wagons to move his family and household furniture. Granddad had one covered wagon. And he hired a neighbor who had a covered wagon to help him move. Joseph Monroe had rented a farm just North of Dallas at Rockwall.

They had to move on to Dallas

When they got to Rockwall, the family hadn’t moved. Like they were suppose to have done. So Granddad had to move on to Dallas.

They lived there for a while. They lived on Elm Street. That was about 1914. Dad said he sold the Dallas Morning News Paper there when he was ten years old. After living in Dallas a few years. I don’t know just how long. They moved from Dallas to Swan Texas. Swan is located just north of Tyler, in Smith County. From there they moved to Memphis, Texas. I think they moved there to work on a cattle ranch.

Grand dad worked as a black-smith

Grand dad also worked as a black-smith for the ranch. I remember Dad telling me several things that happen to him while living there. From West Texas, they moved to Annona, Texas. 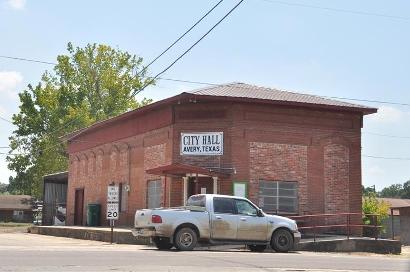 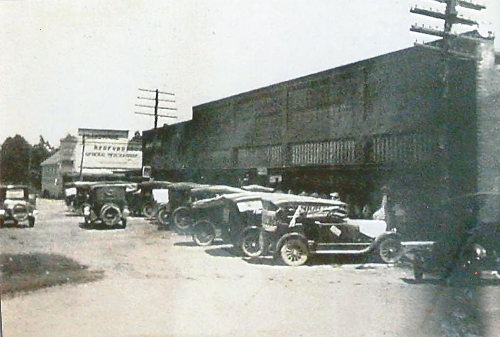 In looking at the picture. At the far end of town there you can see a large brick building. On the top of the store building you can make out the name of “Medfords.”

The store was a grocery store. They also sold a large variety of merchandise beside groceries. They sold clothes, ready made or you could buy the cloth to make clothes with. They also sold all kinds of cooking pots and pans. They sold kerosine for the kerosine lamps that a lot of people still using. They also sold seed to plant for the fields and gardens. Also they sold harness for horses and mules that was used to pull plows and wagons. In 1923 there was still a lot of wagons in use.

A few times we had to go to town via wagon

We lived just South of Avery about five miles. A few times we had to go to town via wagon. For a while Dad didn’t have a car. It took just about all day to go to Avery and buy some groceries and get back home, a long hard ride. Dad built a “ice box” from wooden planks. It was about four feet square. 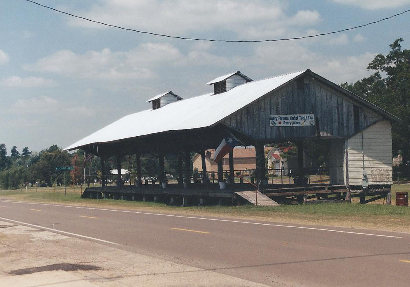 Some time Dad would buy a block of ice and wrap it up in a quilt and bring it home. Some time he would let us make home-made ice cream. We had to make it using two buckets. Mother would put the ice-cream mix in a one gallon syrup bucket with a tight lid. Dad would put ice in a five gallon bucket. with a lot of salt. He then would put the gallon bucket in the ice and turn it back and forth. It took a while to freeze the cream. It sure was good when it was finished. Wish I had some now.

All that remains of Savannah now is a Church and Cemetery

Dad lived with his family in Annona, Texas Red River County, a very small town. Mother lived with her family in Savannah. A small community East of Annona. (All that remains of Savannah now is a Church and Cemetery. Most of Mother’s family are buried in the the Savannah Cemetery.

This photos were made before 1927. The sawmill belonged to my Grandad Levi Nicklos Dyke.” – Jesse Suttles 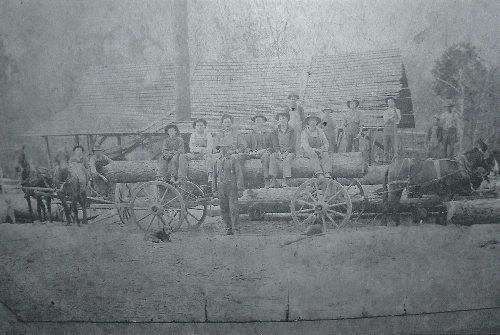