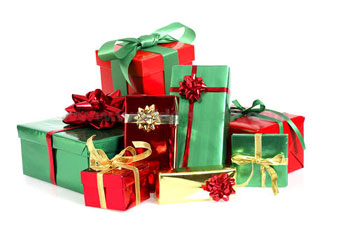 Boxing Day is a public holiday that forms part of the Christmas festivities in most of the countries that were once part of the British Empire. It was originally the first working day after Christmas Day, but is now always celebrated on December 26th, regardless of on which day of the week it falls.

Christmas boxes’ were originally literally earthenware boxes. In mediaeval England these boxes were used by the poor (servants, apprentices etc.) to save money throughout the year. At Christmas the boxes were broken open and the savings shared to fund Christmas festivities. This meaning of ‘Christmas box’ dates back to at least the early 17th century. The boxes were known in France as tirelire and are referred to in Randle Cotgrave’s A Dictionarie of the French and English tongues, 1611:

“Tirelire, a Christmas box; a box having a cleft on the lid, or in the side, for money to enter it; used in France by begging Fryers, and here by Butlers, and Prentices, etc.”

In a similar tradition, which is almost as old as the above and which is the one that has stayed with us until the present day, Christmas boxes are gifts, usually money, given to tradespeople or others who have rendered some service throughout the year but who aren’t normally paid directly by the donor – for example, office cleaners, milkmen etc.