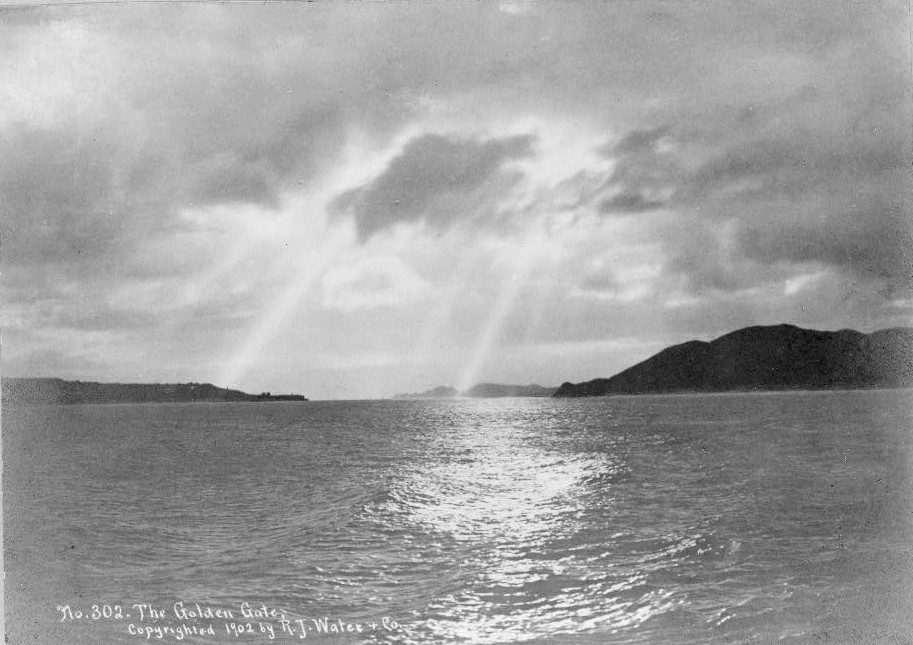 This steam engine train ride in San Francisco in 1901 must have been thrilling!

The film is photographed from the front of a moving steam engine and it shows the scenic portion of the Ferries and Cliff House Railroad route along the bluffs and cliffs of Lands End (at the northwest corner of San Francisco) overlooking the Golden Gate and the Marin headlands.   The line gave access to the famed Cliff House and Sutro Baths, previously accessed by the Point Lobos toll road through the sand dunes and by a nearby inland railroad.

The Ferries and Cliff House line, the youngest and last of San Francisco’s steam railroads (five in all) was built between 1886 and 1888 under the direction of owners W.H. Martin, John Ballard, W.J. Adams, Thomas Magee, and H.H. Lynch. The line was absorbed into the United Railroads of San Francisco in 1894 (owned by the Southern Pacific Railroad) and was served by six light and two heavy Baldwin steam engines, the latter used on Sundays. The rails were of English steel.

The line ceased operation before the 1906 earthquake

Hurt by competition from a rival – and cheaper – inland line owned by former Mayor Adolph Sutro (owner of the Cliff House and Sutro Baths and enemy of the Southern Pacific Railroad), the line ceased operation shortly before the 1906 earthquake. The locomotives were replaced with electric streetcars of the Sutter and California Street Railroad’s #1 line. The streetcars ceased operation after the trackbed was eroded by landslides in 1925.

Today the trackbed, partly destroyed by landslides, is a trail in the Lands End unit of the Golden Gate National Recreation Area. Monterey cypress trees and other plants were subsequently introduced and have greatly altered the original coastal shrub landscape.

Passengers could continue by cable car

The film shows the first 1.5 miles of the 5.25 mile eastbound return trip from the Cliff House and Sutro Baths to the train terminal at California Street and Central Avenue (now Presidio Avenue).

From the terminal, passengers could continue by cable car to downtown or to various outlying neighborhoods. The portion of the route not shown was along California Street, through the thinly-developed sand dunes of the Richmond district. The scenic portion was built at an elevation averaging 150 feet, affording superb views of the Golden Gate, the entrance strait to San Francisco Bay.

View of the San Francisco Bay before Golden Gate Bridge was built with sun shining through clouds on water.

Same view with the Golden Gate bridge in the view today…